After several weeks of speculating what the newest addition to Busch Gardens Williamsburg will be, we finally have our answer: Pantheon.

The might of five roman gods in one record-breaking coaster.

Pantheon bills itself as America’s fastest multi-launch coaster, and reaches speeds of 72.5 miles per hour. The coaster will travel both forwards and backwards up a 178′ vertical spike, and also feature a 95-degree, 180′ drop, along with two inversions.

Though there will only be 3,300′ total feet of track, the total track length is 4,200′, which includes repeated sections of track. The duration will clock in at 2.5 minutes.

The four launches will have speeds of 36 mph, 50mph, 61 mph, and 67mph, and the coaster will have two trains with 20 passengers each.

(Credit: @BGWFans for some of the above information — it’s in tweet form below.)

Pantheon will be reportedly manufactured by Intamin, and will be the first Intamin coaster installed at Busch Gardens Williamsburg. 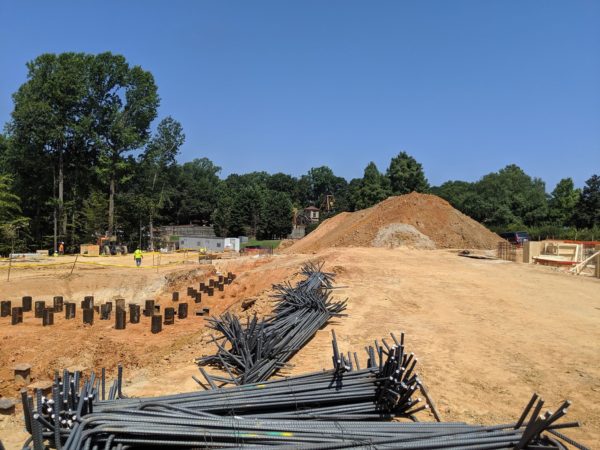 Pantheon will be located between Verbolten and Festa Italia, and work is already underway for the new roller coaster. Photo: Attraction Chasers 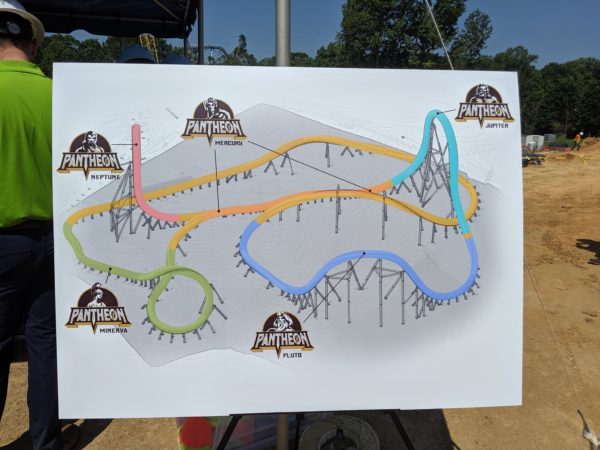 Here is the layout of Pantheon. Photo: Attraction Chasers

Here’s how the five teases tied in to the construction of the coaster.

This post will be updated as we have more information. Are you excited for what’s coming to Busch Gardens Williamsburg in 2020? Let us know in the comments below.