19 for ’99: Georgia Scorcher at Six Flags Over Georgia

We’ve selected 19 of our favorite roller coasters that are celebrating their 20th anniversaries this year, and will profile them every other Thursday for the next several weeks. This week we’ll be heading down to Six Flags Over Georgia to talk about Georgia Scorcher, the last Bolliger & Mabillard’s stand-up coaster ever constructed.

“Put your feet to the fire!” 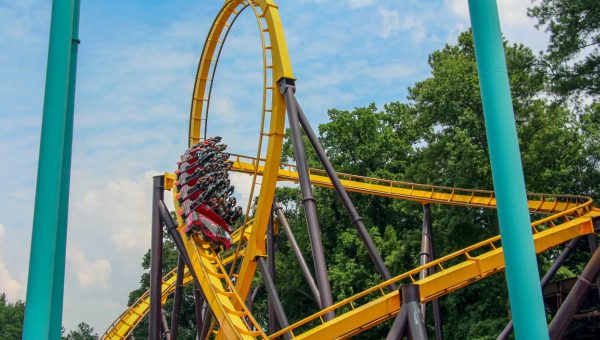 Georgia Scorcher is located at the front of the park in the Georgia section. Unlike B&M’s previous stand-up coaster Riddler’s Revenge, which towers at 156 ft tall, Georgia Scorcher stands at an unassuming height of 107 ft tall. In fact, Scorcher ended B&M’s streak of building the world’s tallest and fastest stand-up coaster (Mantis, Chang, then Riddler’s Revenge). Even with its prime viewing location alongside the entrance walkway to the park, you can’t help but notice how the ride is absolutely dwarfed by its B&M cousin Goliath. 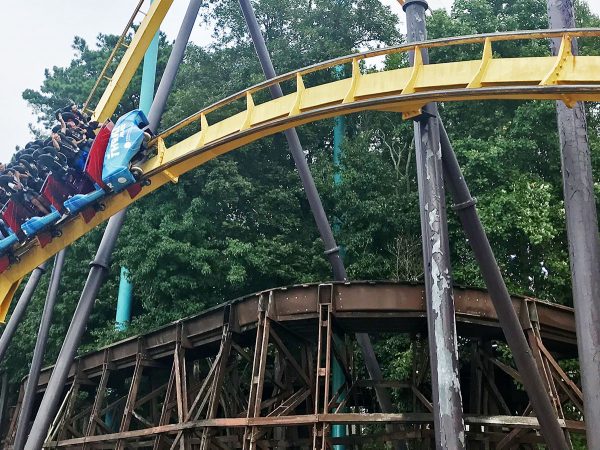 For those unfamiliar with stand-up coasters, the main difference with these coasters vs traditional coasters is that riders experience the ride entirely while standing upright. When boarding, riders sit on bicycle-like seats with over-the-shoulder harnesses attached to them. These seats can be adjusted to the rider’s height so that they are comfortably in a standing position. Once riders are all in position, the ride operator locks the seats into place and sends the train off. After climbing Georgia Scorcher’s 107-ft tall lift hill, the train goes into a 101 straight drop into an 81 ft vertical loop. After a quick turn around to the right, the train dives left into an inclined loop, threading through the ride’s vertical loop. Upon exiting that element, the coaster banks to the right up a hill and then twists back down left into a corkscrew. The coaster than turns around to the left and rises up quickly before banking right into a ground-hugging 270 degree helix. Finally, the ride twists up and heads into the final brake run, returning to the station.

The Demise of Stand-Up Coasters

Sadly, Georgia Scorcher was B&M’s final stand-up coaster. There were many reasons that caused B&M to begin focusing on other coaster types following the turn of the century. The process of riders having to adjust the heights of their seats prior to the train being dispatched decreased the throughput of these ride types. Many times, rider’s would have the ride operators unlock the seats so that they could readjust. Riders not so fortunate to adjust the seats would sometimes have to ride in uncomfortable crouching or tip-toed positions. This caused rider’s experiences to vary from ride to ride. Some riders would enjoy the rides just fine, while others would complain about excruciating pain throughout the rides. The bicycle-style seats could also be particularly uncomfortable for males if they weren’t positioned correctly.

Mantis at Cedar Point was probably the most notorious of B&M’s stand up coasters. The ride was renowned among coaster enthusiasts for its discomfort. I distinctly remember reading a number of reviews and blogs claiming that B&M simply must have gotten the math wrong in the design of the ride. In fact, I remember reading so many complaints about discomfort and leg pain that I made sure to avoid Mantis altogether during my first trip to Cedar Point. The park must have gotten the memo, as in 2014, Mantis was converted into the floorless coaster, Rougarou. California’s Great America followed suit in 2016, converting Vortex into the floorless coaster, Patriot. This year, Six Flags joined in, converting the former Iron Wolf/Apocalypse stand-up coaster to the floorless coaster Firebird at Six Flags America.

The Georgia Scorcher Lives On

Thankfully, not every B&M stand-up coaster has gotten the floorless coaster conversion. Well received stand-up coasters like Chang (now Green Lantern at Six Flags Great Adventure) and Riddler’s Revenge continue to operate as fan-favorites. Georgia Scorcher remains perhaps as the most well-designed stand-up coaster of them all. While I recall some slight headbanging on the restraints during my last rides of Green Lantern and Riddler’s Revenge, Georgia Scorcher was buttery smooth. The ride’s inversions, twists, turns, and banking seem to really compliment the rider’s standing position. It’s unfortunate that B&M pulled the plug on making stand-up coasters just as they seemed to perfect the design.

Thankfully, it looks like Georgia Scorcher will not be going anywhere anytime soon. Six Flags has recently given the ride a fresh coat of red-hot paint this year that really compliments its name. 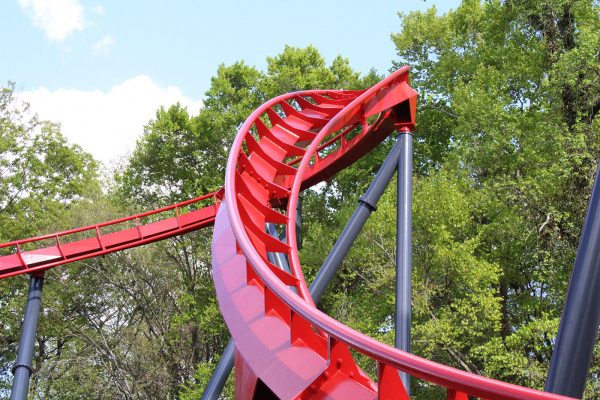 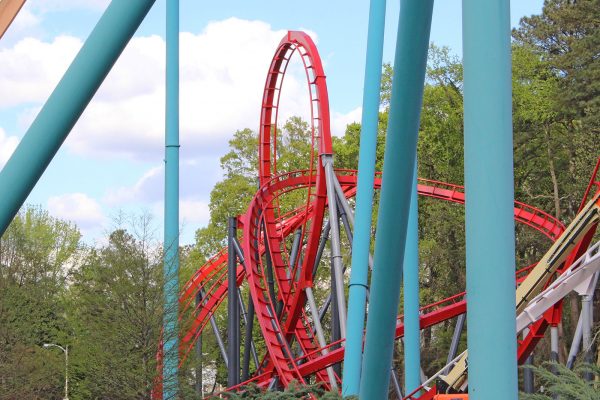 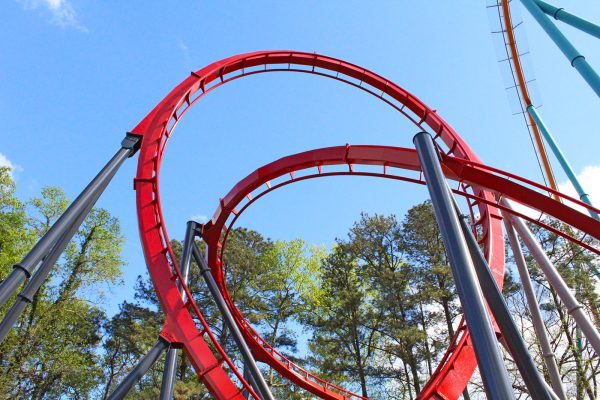 “19 for ‘99” continues in two weeks with our next coaster: Gwazi at Busch Gardens Tampa!