Has the Second Coaster War Begun? 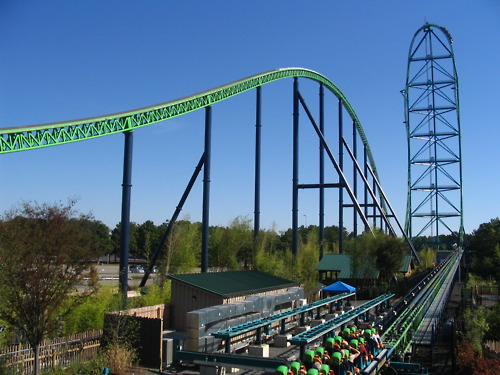 Tallest. Fastest. Longest. Steepest. All of these terms are now common lingo in the world of theme parks and amusement parks. However, even though these claims for world records may now be prominent, they are not new. Most coaster records came to be in the period referred to as the Coaster War, a span of about 10 years in the late 1990s-early 2000s. This was a period filled with record-breaking coasters and new types of rides, with parks constantly trying to outdo each other by opening taller, faster and longer coasters than ever previously created. This period technically ended in 2008 due to the recession, but the war had been on the cooldown after the atomic bomb that was Kingda Ka, the world’s tallest (and fastest at the time) coaster, was unleashed in 2005.

The war seemed to decline in the following years before ending in 2008. That is, until 2011, when something came along that no one could have ever seen or predicted. Something that would change the amusement industry forever. Something that could maybe — just maybe — be enough to lead the parks into battle one more time, lighting the kindling of the Second Coaster War. And that something was a coaster manufacturer newcomer — Rocky Mountain Construction (RMC). 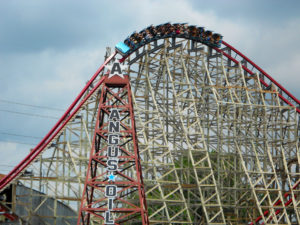 If you keep up-to-date with the happenings of the amusement park industry, it seems as if the parks are back at each other’s throats, vying for new records and the biggest and baddest rides. However, “reignited” may not be the right word. The industry is in completely new territory — much has changed since 2000. As mentioned before, I believe 2011 was the very beginning of the rumblings that would evolve into the second coaster war. 2011 saw the opening of the first ever roller coaster built by RMC — New Texas Giant at Six Flags Over Texas. New Texas Giant was a revolutionary reimagining of the old wooden coaster, Texas Giant. RMC is now famous for converting old and outdated wooden coasters into “hybrid” masterpieces, replacing the wooden track with steel track and keeping the wood structure. This allows for the coaster to feature innovative maneuvers and elements never before seen on any amusement ride. When New Texas Giant debuted, it was impressive, but the scale of RMC’s impact on the amusement industry would not be felt until years later. I believe much like in the original Coaster War with Magnum XL-200 at Cedar Point, RMC proved that coasters could do more than the industry could have ever imagined possible. 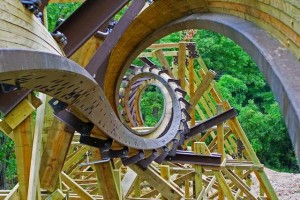 In 2013, RMC opened its first wooden roller coaster, Outlaw Run at Silver Dollar City. This ground-up roller coaster was another major step for the industry, as the coaster was extremely smooth and featured multiple inversions. However, in between New Texas Giant and Outlaw Run, there was another important move in the chess game of the Second Coaster War: Leviathan at Canada’s Wonderland. This was B&M’s first “giga” coaster (a coaster that is at least 300 feet tall), and it proved that they were ready to step up to Intamin and start innovating at the 300-foot level. It also was important because it restarted the trend of record-breaking coasters, something that would be extremely prominent in the industry in the upcoming years. 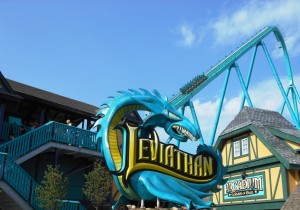 From there, the industry slowly but surely got back on its feet. Six Flags was placing a brand new attraction in all of their parks every year, and that typically included 2-3 roller coasters a year and typically at least 1 record-breaking attraction. Cedar Fair was a little more staggered with their openings, but when they did open a ride, it was sure to be top tier.

By 2016, RMC had a coaster in almost every major Six Flags Park. RMC started growing even more, expanding outside the Six Flags chain to Lightning Rod at Dollywood, the world’s first launched wooden roller coaster. Outside of RMC, in 2015, B&M opened the tallest coaster they had ever constructed, Fury 325, a critically acclaimed giga coaster at Carowinds. The parks were booming, but I believe there was one major move that signaled the official beginning of the Second Coaster War: Cedar Fair adding RMCs to their parks in 2018.

When looking at the possibility of a Second Coaster War, 2018 absolutely looks like the year that would mark the beginning. Cedar Fair fired back directly at Six Flags by making the move to include RMC coasters at Kings Dominion and Cedar Point. In the case of Cedar Point, the move came with the addition of the absolute monster of a coaster that is Steel Vengeance, regarded by some to be the greatest roller coaster ever built. RMC showed manufacturers that the peak of roller coaster innovation had not yet been reached. 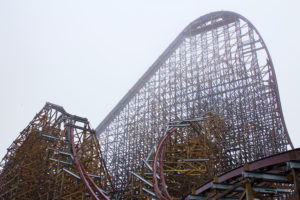 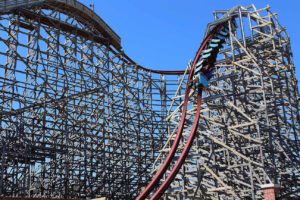 This led to companies like Intamin and S&S creating brand new types of steel roller coasters, such as Steel Curtain opening at Kennywood in 2019. Something like Steel Curtain, the upcoming record breaker for most inversions in America (plus a wonderfully bizarre layout), would never have been attempted or thought possible even five years ago. The industry is now even seeing competition within the same chain, such as Cedar Fair breaking Valravn’s dive records with this year’s Yukon Striker. Yes, these attempts are most certainly driven by marketing purposes, but motive aside these are great steps forward. As far as the industry, and fans especially, are concerned, any competition is good competition. 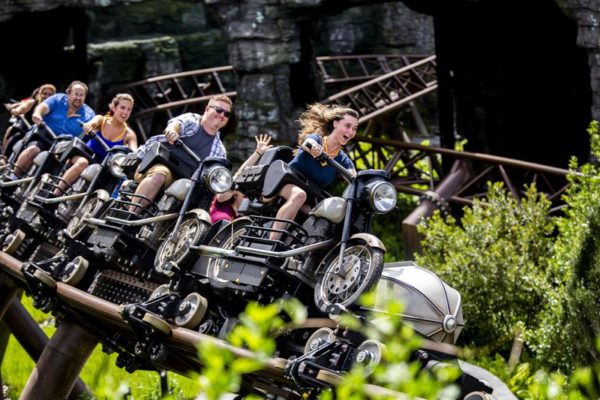 Recently, we are even seeing the resort parks getting into coaster competition, this year Universal opened the highly-themed “storytelling coaster” Hagrid’s Magical Creatures Motorbike Adventure. While clearly capitalizing off of the Galaxy’s Edge crowds across town, this is still a good move for the coaster industry. Disney has already announced two highly themed coaster of its own with a clone of Shanghai Disney’s Tron coaster opening at the Magic Kingdom in 2020 and the Guardians of the Galaxy coaster at Epcot slated for 2021.

Interestingly, Disney also called their Guardians ride a “storytelling coaster” which shows that coasters are becoming more integrated than ever before into the resort parks. This is a great sign for the amusement industry, competition between parks is always good for fans. And with essentially all mainstream parks back at it trying to break records and create innovative new rides, the upcoming years are sure to be absolutely legendary for roller coasters and amusement parks as a whole.

What do you think about the latest battle in the ongoing coaster wars? Discuss in the comments section below.