19 for ‘99: Exterminator at Kennywood

Debuting in 1999, Kennywood’s Exterminator simultaneously introduced guests to a then-novel spinning roller coaster and an elaborately themed dark ride — all housed under one roof.

Welcome to another installment of our “19 for ’99” series where we’re featuring 19 of our favorite roller coasters that opened in 1999. 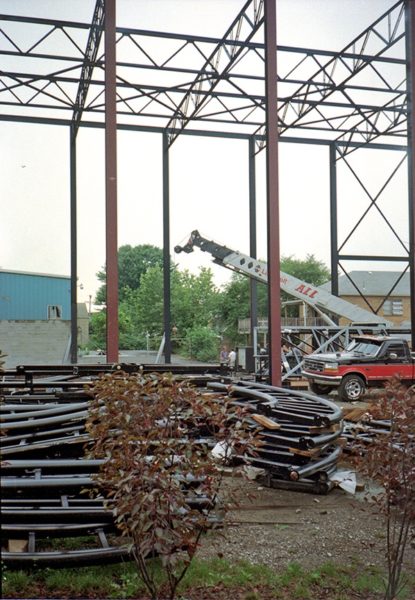 Photo © Kennywood: Behind the Screams

In 1998, Kennywood began construction on Exterminator, which would become the park’s sixth roller coaster. 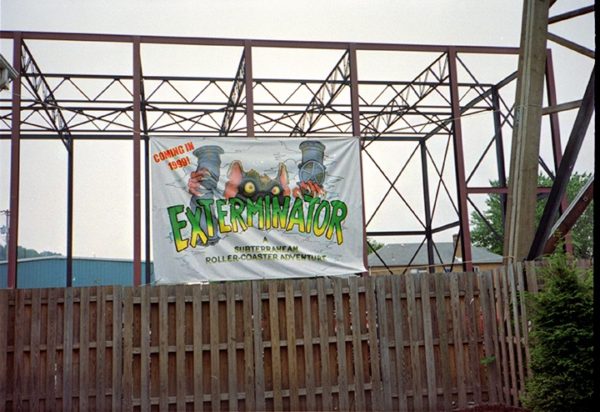 Photo © Kennywood: Behind the Screams

The coaster was marketed as a “subterranean roller-coaster adventure.” Exterminator’s iconic logo left no doubts about the theme of the coaster (if the name wasn’t enough).

As plans for Exterminator developed, Kennywood enlisted R&R Creative Amusement Designs to craft the roller coaster’s backstory as well as design its queue and the props and special effects that fill the building.

Guests preparing to ride Exterminator enter a factory-like building (passing a “Vermin, Inc.” exterminator van parked out front) and traverse through grungy, dimly lit industrial hallways as they approach the loading station. There, they board four-seat cars appropriately themed to rodents.

After departing the station, the cars scurry and spin through a factory, dodging the “exterminators” who are trying to remove them from the building.

Exterminator is the “spinning coaster” model from the now-defunct Reverchon Industries of France. The company was the first to manufacturer such a model, which has since been replicated by other manufacturers. It was also the first indoor spinning roller coaster to open in the United States.

Reverchon built 31 of the spinning coaster models before filing for bankruptcy in 2008. The model was popular across the globe, especially in Europe. Five still operate in the United States today, including Exterminator. 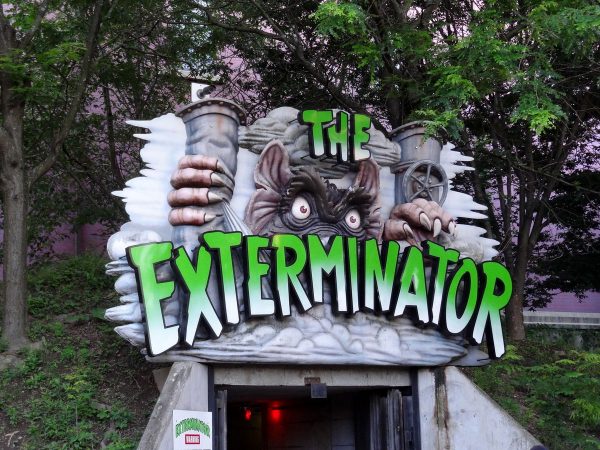 Exterminator’s building is tucked away in a corner of a park in the “Lost Kennywood” area behind the Pittsburgh Plunge shoot-the-chutes and the classic “Whip.” 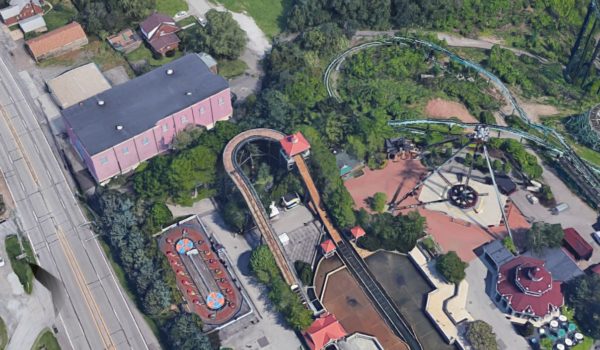 The coaster was the first attraction built outside of the strapped-for-space park’s original boundaries. An indoor coaster makes perfect sense for the space, as it borders a residential area.

The coaster stands just under 43 feet tall, and its track stretches roughly 1,378 feet in length. Its four-person, rodent-themed cars reach a top speed of 29 mph. While the cars do not spin for the first half of the ride, they spin freely for the last half. This creates a different ride experience each time depending on the riders’ weight distribution.

Kennywood recently shared this compilation of news clips (including a lights-on, on-ride video) from its inaugural season:

To this day, Exterminator is one of the most popular rides at Kennywood, often maintaining a long line throughout the day. While thrilling, it is mild enough for most members of the family to ride. And with a 46-inch minimum height requirement, many thrill seekers in training can use Exterminator as a stepping stone to the park’s larger coasters.

While Exterminator itself may not be groundbreaking, the fact that the park went to extra lengths to ensure that it was a well-themed ride experience makes it a special addition to the coaster class of ’99.

If you’re interested in learning more about Exterminator, the ThrillRide! website has an excellent in-depth review of the ride.

See the other coasters featured in our 19 for ’99 series here.

Have you ridden Exterminator? Share your thoughts about Kennywood’s indoor spinning coaster in the comments section below.