Review: Battle for Eire Behind The Scenes Tour at Busch Gardens Williamsburg

In addition to their “Roller Coaster Insider” Tours (which we took in 2017), Busch Gardens Williamsburg also offers “Animal Insider” tours with their wolves, Clydesdales and collies, Guided Adventure tours, and two separate “Behind The Scenes” Tours: The Railroad, for train enthusiasts, and Battle for Eire. 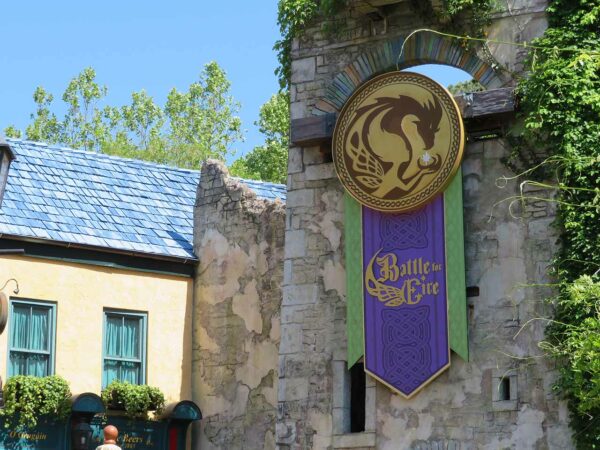 While visiting Busch Gardens Williamsburg recently, I had the opportunity to take the Battle For Eire behind the scenes tour, and I was pleasantly surprised with how much I enjoyed it.

In 2018, Busch Gardens Williamsburg made history with the introduction of Battle For Eire, which was the first Virtual Reality attraction on a motion simulator platform. In the attraction, park guests team up with the last fairy guardian, Addie, and set out to rescue the sacred Heart of Eire. You’ll soar above the lush landscapes and mystifying powers of the Otherworld and prepare to battle the dark forces on the motion simulator, virtual reality ride.

Always eager to learn more about what goes into an attraction like Battle for Eire, I signed up for the Battle for Eire behind the scenes tour, which is currently available on Fridays, Saturdays, and Sundays in May, and daily June 1-September 2. With the cost starting at $28 (depending on day), I wasn’t quite sure what to expect, but the opportunity to go “behind the scenes” anywhere at a theme park always appeals to me. 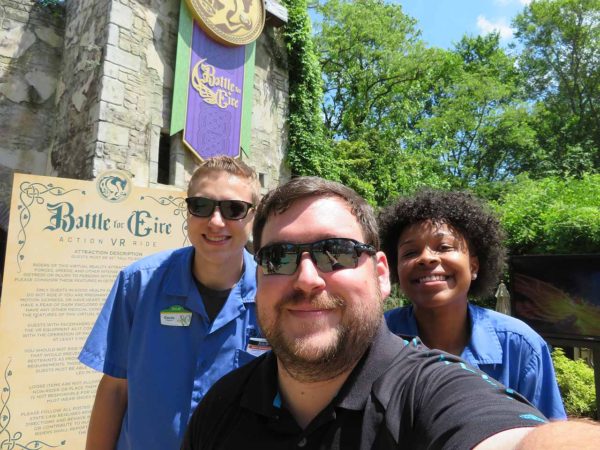 Just before noon, I met my two tour guides, Gavin and Jaliya. Gavin, who admitted to being a Coaster101 reader, was in his second season giving tours at Busch Gardens Williamsburg. It was Jaliya’s first season as a tour guide, and she told me that she was shadowing Gavin for the day. It’s worth noting that I was the only person signed up for the Battle for Eire tour on the day that I visited, so I got a little bit more 1-on-1, or in my case, 2-on-1 attention than might be expected on a typical “behind the scenes” tour. (If anyone at Busch Gardens is reading this, both guides were FANTASTIC.) 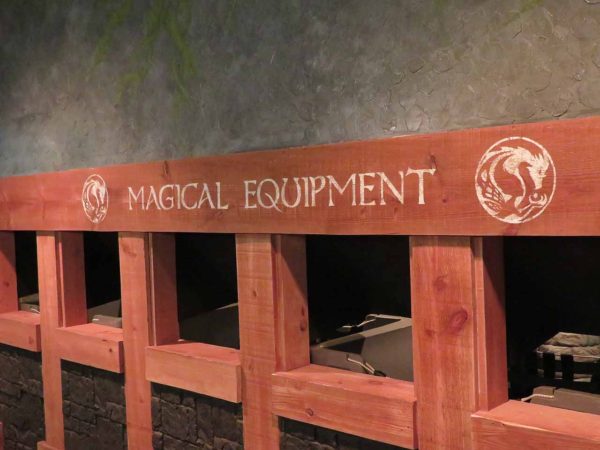 The tour began with a ride on Battle For Eire, utilizing the Quick Queue entrance. Having waited in the standby line for the attraction in the past, this was a nice perk to have. As we donned our “Emerald Masks,” Gavin and Jaliya asked if I had ridden the attraction before (I had), and we talked about how much we all enjoyed the pre-show (especially the pre-ride safety video.) As we took our seats, Gavin pointed out that before the attraction started, that it was possible to target a “beam of light” with your VR goggles to unlock different icons from the attraction. We then rode the attraction as normal. 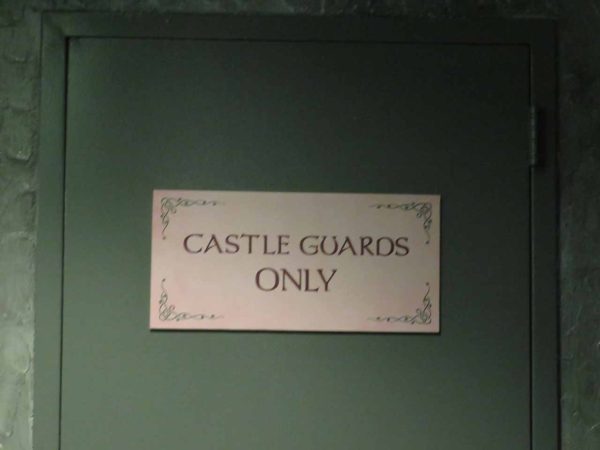 Following our journey into the “Otherworld,” the tour then headed to the Control Room of Battle for Eire. (No photos were allowed in the control room.) Inside the control room, Gavin gave a brief history of the attraction located in the ride building, giving a brief summary of the various “versions” of motion simulator films that called the space home over the years: Questor, King Arthur’s Challenge, Corkscrew Hill, and Europe in the Air. 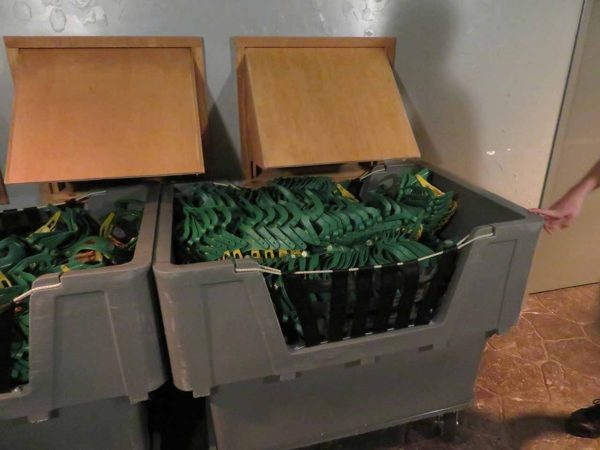 Gavin mentioned that the ride film was created by Falcon’s Creative Group, who also created the ride film for the former Curse of DarKastle attraction at Busch Gardens Williamsburg. Though the attraction inside now closed, DarKastle continues to maintain a connection with Battle for Eire, as the sanitation system that was formerly used to clean the 3D Glasses for DarKastle is used to clean the “Emerald Masks” of Battle for Eire. The helmets are gathered into bins, loaded into a truck, and transported to DarKastle through backstage roads, where they are cleaned, sanitized, and returned to Battle for Eire for the next guests.

While in the control room, where both sides of the ride are “watched over” by one Busch Gardens team member, we got to witness a ride cycle of Battle for Eire on the monitor in the room. Each theater has it’s own screen, divided into four smaller screens, and there are 3 cameras in each theater on the monitor — a view from the left, right, and center. Inside the control room, there is an audio feed of each theater so that the operator has an idea as to what is going on.

It was very interesting to see how much that each motion simulator moved during the ride cycle, and how much pitch in each direction the motion simulator platform had. Especially with the VR Goggles, it doesn’t feel like it moves that much. 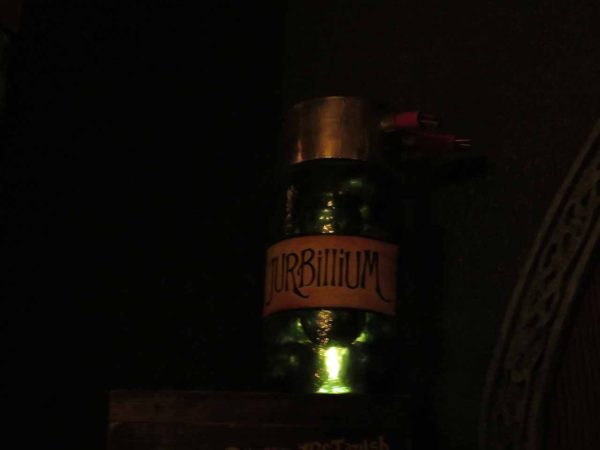 The next stop on the tour was the second pre-show room. Because only one theater was operational when we visited, we got a little extra time in this room. Gavin and Jaliya pointed out several “Easter Eggs” in the room, that the average guest might not realize. There was the Jurbillium from Questor, a crate that belonged to Duncan McTavish from Corkscrew Hill, and a blinking red light from Europe in the Air. 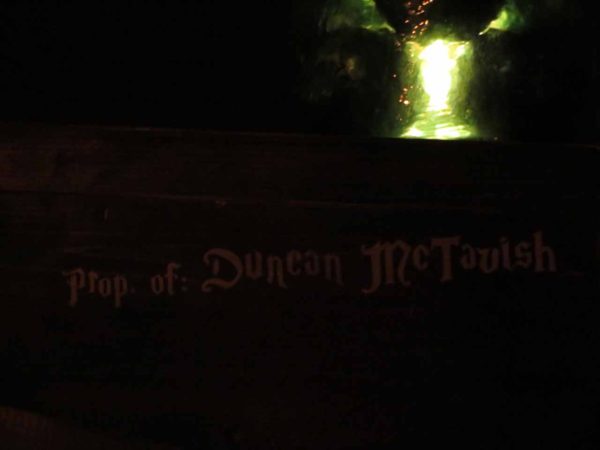 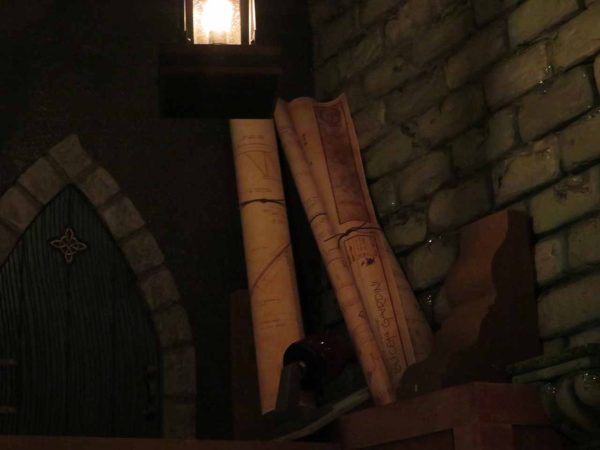 Although, one of the most interesting things in the room was actually the blueprints for the Hastings area, disguised as scrolls. I was previously aware of the other Easter Eggs (it helped that I visited on Media Day and had them pointed out to me), but didn’t know about the blueprints. Keep an eye out next time you’re in the Battle for Eire second pre-show room! 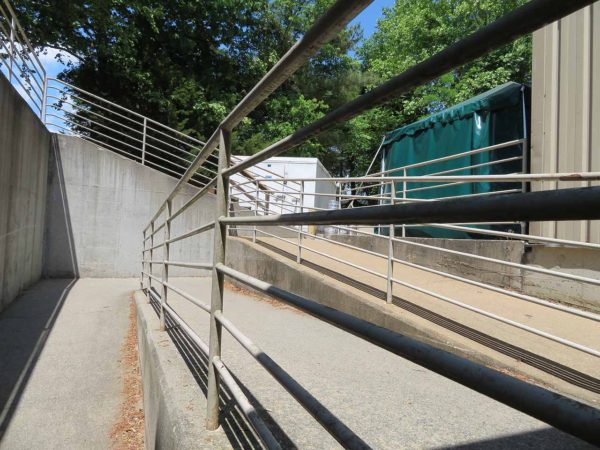 And though not the most exciting aspect of the tour, Gavin and Jaliya gave me a glimpse behind the scenes of the ramp behind the ride building where the Emerald Masks are transported to the DarKastle building for cleaning. This was the last stop on the tour, and after about an hour total, we went our separate ways. I left the tour with a new appreciation for Battle for Eire, and learned a few things I didn’t already know! 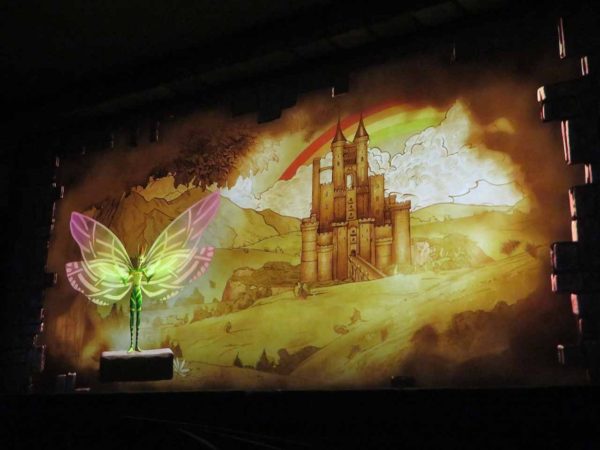 With prices starting at $28, depending on the day, I felt it was definitely worth the cost. If you’re lucky enough to have Gavin and/or Jaliya as your tour guide, they were incredible, and made it even more worth the money.

For more information about Tour Options at Busch Gardens Williamsburg, visit their website!

And for more on Busch Gardens Williamsburg, check out our ranking of their roller coasters from tame to thrilling, our debate about which coaster at the park is best, 7 things that stood out to about the park to a first timer, our interview with Busch Gardens President Kevin Lembke, and much more!