News broke that the Green Lantern: First Flight roller coaster will remain permanently closed until it is removed at a later date. Screamscape was able to confirm this with Sue Carpenter: 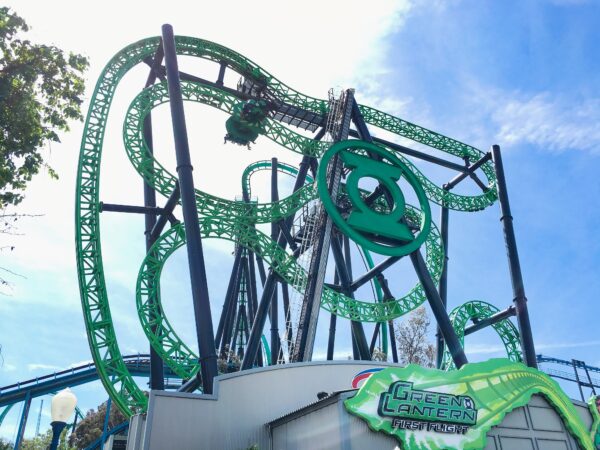 The Green Lantern: First Flight roller coaster at Six Flags Magic Mountain is scheduled to be removed at a later, undetermined date to make room for future development. The park has no plans to open the ride before it is removed.
Six Flags Magic Mountain, the “Thrill Capital of the World,” continues to have an unparalleled world-class roller coaster collection.  The park is open daily and will debut the world’s first dual racing launch coaster, West Coast Racers, later this year.

Being one of only four ZacSpin models built by Intamin, Green Lantern was the only Intamin ZacSpin ever built in North America. Whether or not it’ll meet the same fate as another Intamin roller coaster on the other side of the country, is yet to be determined. Having been out of operation since sometime in 2018, it’s no surprise that due to its frequent downtime, low capacity, and low customer satisfaction experience, Six Flags has made this decision.

The good news is that it won’t be an entire loss for Magic Mountain’s coaster count as not far from where Green Lantern sits will be West Coast Racers that will be opening up sometime later this year.