Universal Studios Hollywood revealed the first details of the new “Jurassic World” re-theme of the old Jurassic Park ride that is scheduled to open this summer. 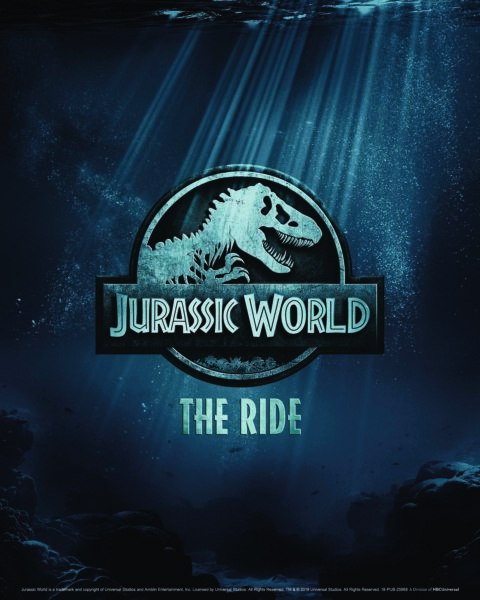 The updated ride will “immerse guests in newly themed environments and breathe new life into dimensional animatronic dinosaurs,” according to the press release.

It will feature a new storyline that takes place in the theme park depicted in Jurassic World (presumably before it gets destroyed in the first movie). There will be new dinosaurs from the film, new scenic designs, and according to the park “Ground-breaking technology that has yet to be experienced within a theme park.”

The park also said that the look of the ride will be dramatically enhanced from the previous version, including a new entry way, new stonework and landscaping, and a redesign of the classic “Jurassic Park” pillars (now with a Jurassic World logo). 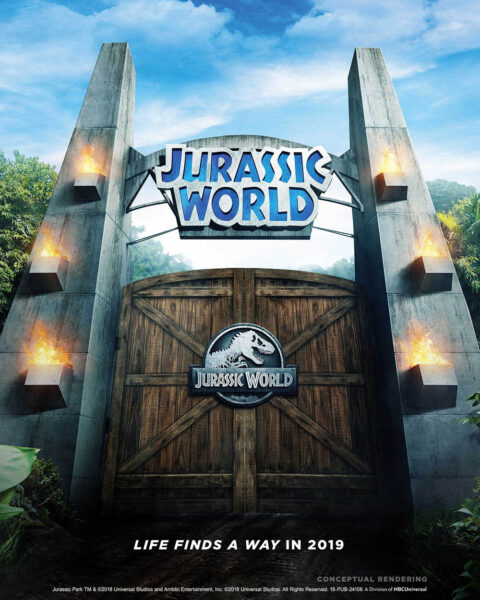 As with the previous ride, guests will ride in rafts that travel through dense vegetation, now through new areas with new dinosaurs overhead, basically within reach of riders. You’ll have friendly encounters with peaceful herbivores just like before, and then things will “turn awry” as predators begin to attack. The end will now feature a T-Rex battling one of the attractions new dinosaurs (maybe one of the new giant creatures from Jurassic World?) before the drop.

Drop will be the same, but the dinosaurs that scare the heck out of you before you drop will be new!

Along with the ride updates, a new “Raptor Encounter” area is coming next to the ride, presumably a little more permanent than the current encounter area.

One interesting little fact on the ride, apparently Industiral Light and Magic (ILM) is working on the ride. The famous special effects company is of course now owned by Disney (acquired with all the Lucas companies when Disney got Star Wars)., and has also been working on Star Wars Galaxy’s Edge.

Another fun fact, Jurassic World was partially shot at an actual (defunct) theme park. The old Six Flags New Orleans was used for a lot of the scenes!

No opening date has been given yet, but the park has said look for it this summer. Stay tuned for more news on the update attraction as we find out!