On a slightly rainy Saturday this past weekend, ACE Norcal held their annual offseason tour of California’s Great America. Although there aren’t any major new rides coming to the park this year (and no, no announcements were made), there is still a good amount of work going on at the park. Lots of new paint, new signage, and new midways are coming in 2019, along with some longer term “beautification” projects and some new shows. 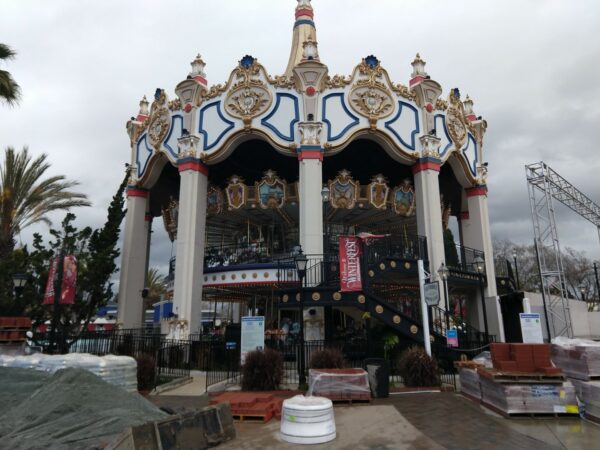 The main midway work being performed this off-season is at the front entrance. The whole area from the gate to Carousel Columbia is having the asphault ground replaced with red brick pavers. The new ground work should add a nice refresh to the entry of the park. 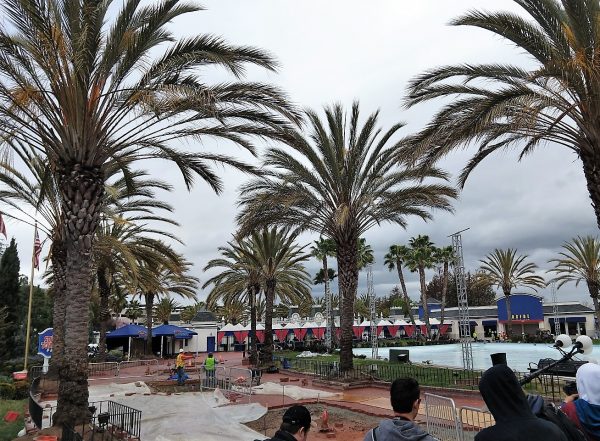 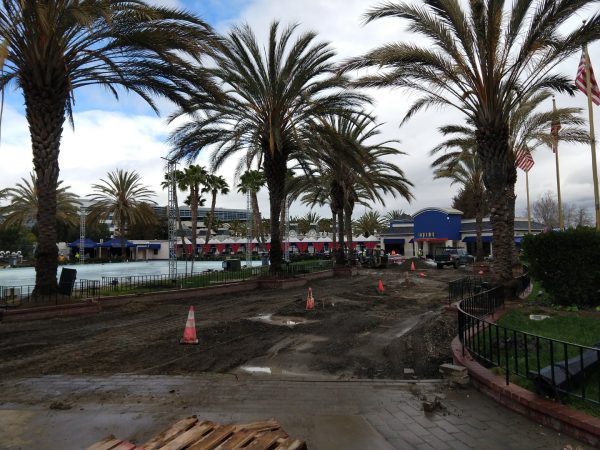 The midway at the front entrance is being completely redone in red brick.

Along with the new walkways, a new longer term project is beginning on Carousel Columbia. Artist Lacey Bryant, whose past work at the park included the RailBlazer mural on the construction walls around it and the Orleans Place mural on the construction walls around the new Funnel Cake shop, is going to be restoring the figures from the carousel one at a time. California’s Great America is going to set up a restoration workshop near the entrance to Gold Striker where guests will be able to watch Lacey work, ask questions, and see the progress of the restoration. The project is an excellent way of keeping one of the parks most important attractions in great shape, while also letting guests see the detail of the restoration process. They’re not sure exactly how long the process will take, but are committed to doing a fully detailed restoration. 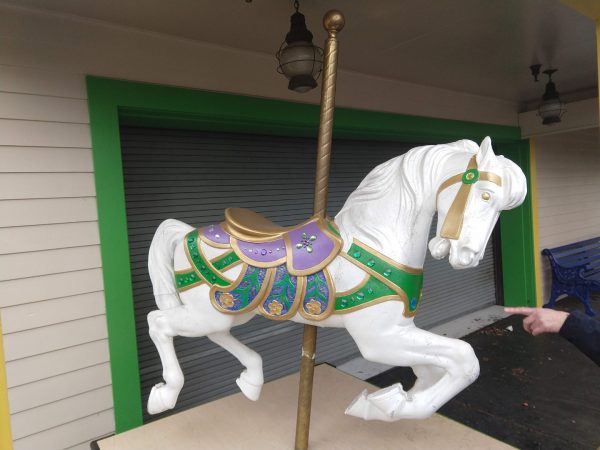 The animals on Carousel Columbia are starting a long restoration process, with each figure being restored one at a time. Guests will be able to watch the restoration and speak with Lacey Bryant, the artist working on it, about the project

Next door in Orleans Place another large area of midways is under construction, replacing the old pavement with large paving stones like those that went in at the front of Orleans Place and around RailBlazer last year. 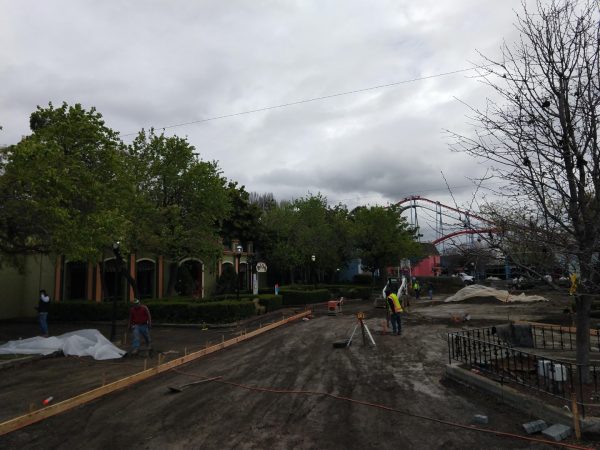 The midways of Orleans Place are also getting completely redone, so the entire section of the park will have new paving stone paths.

Additionally, work on the “French Quarter Funnel Cakes & Churros” restaurant is nearly complete. and it’s expected to be ready for opening day. Although it took much longer than I imagine the park wanted, it looks really nice inside. The tile work on the back walls and floors is much more elaborate than I would have guessed. 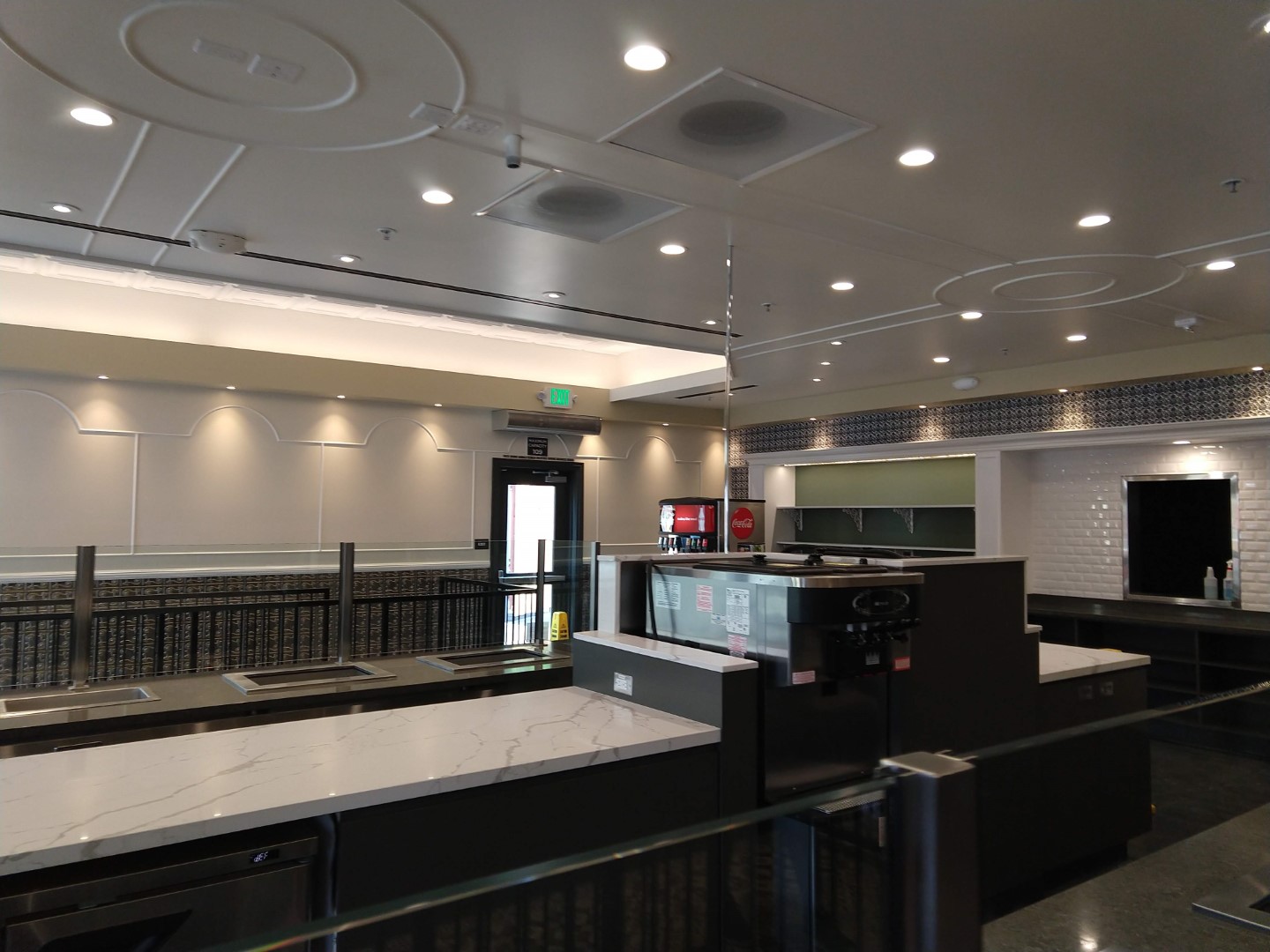 The restaurant will work similar to the way a Chipotle does, with guests choosing a funnel cake or churro at the front, then going down the counter adding whatever toppings they want. There will be two mirrored sides to try to keep throughput up, with patio seating outside both sides of the building. 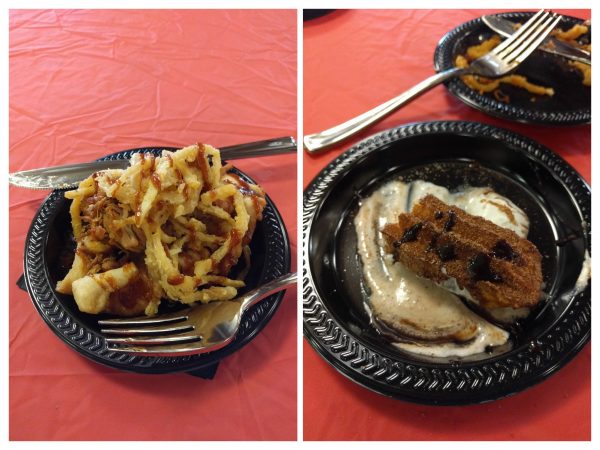 Some of the funnel cake and churros that we saw during last years offseason tour and expect to find at the new shop.

Towards the back of the park, Drop Tower has been completely repainted, with a new color scheme designed to be evocative of a sequoia redwood tree. Along with the new color scheme, a new ride sign will be installed, although the design hasn’t been finalized. The park showed us four of the options they’re considering (and allowed us a vote). I was told the name of Drop Tower wasn’t changing, at least not for now. Which sign do you think is best? 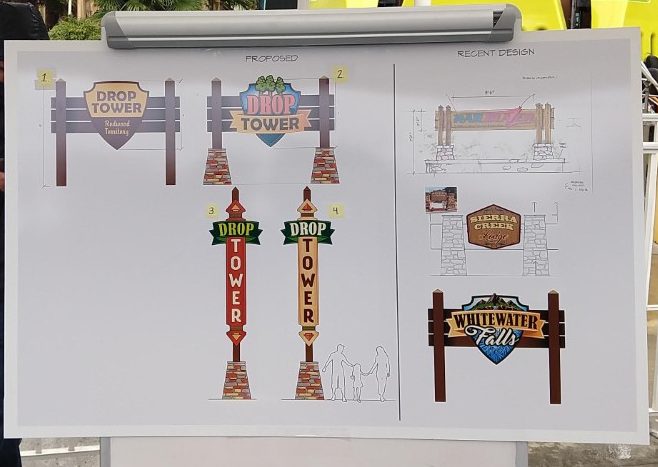 The new sign designs being considered for Drop Tower. Several of the new signage introduced last year is on the right for reference. 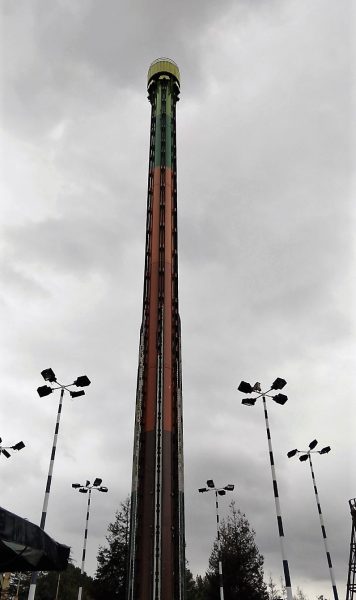 Most of the buildings from RailBlazer back to Drop Tower have had new paint and new signs installed, unifying them into the “California redwood” theme that RailBlazer started. A new show will also becoming to that area of the park, in the old Invertigo spot that’s now a grassy area. During the summer, local bands will perform regular evening shows in the area, with beer and food stalls setup to provide a “backyard picnic/bbq” kind of feeling.

Unfortunately there was no presentation or Q&A with park management this year, and there weren’t any exciting announcements made. But, the park is clearly very focused on continuing their effort to improve the aesthetics and entertainment offerings, and get the park ready for opening day on March 23. We saw multiple coasters having test runs to get them prepped. The new coats of paint, new signage, and new landscaping should all be clearly visible when the park opens in a couple of weeks. 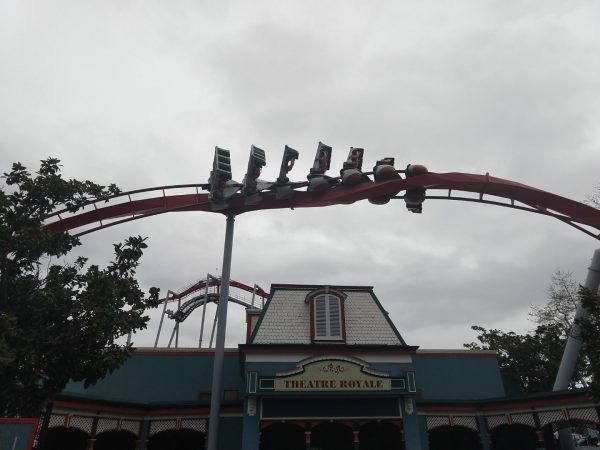 Flight Deck and RailBlazer were testing during our visit, as the park gets ready for opening day in 2 weeks.

Thanks to ACE Norcal for organizing this years off-season tour, and thanks to Danny Messinger from California’s Great America for showing us around the park and answering questions as we went! For more on California’s Great America and their opening day, check out their official site. And to stay up to date on all of the park openings coming up this Spring make sure to follow us on Facebook, Twitter, and Instagram.