It’s been nearly seven years since we last talked to expert roller coaster model maker Tim Cole. At the time he was working on recreating the Rye Airplane coaster in miniature form. Since then, he’s been hard at work on a new, even more impressive roller coaster model. And I hesitate to even call it a model; it’s more like a work of art. Ladies and gentlemen, the Cyclone Racer: 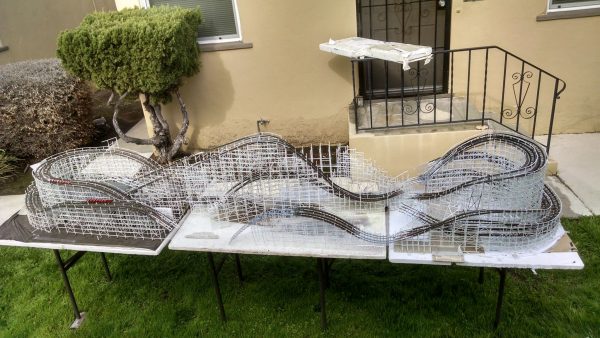 Long Beach, California was home of the Cyclone Racer until 1968 and is regarded by many as one of the greatest wooden coasters ever. Here’s a picture of the real life coaster: 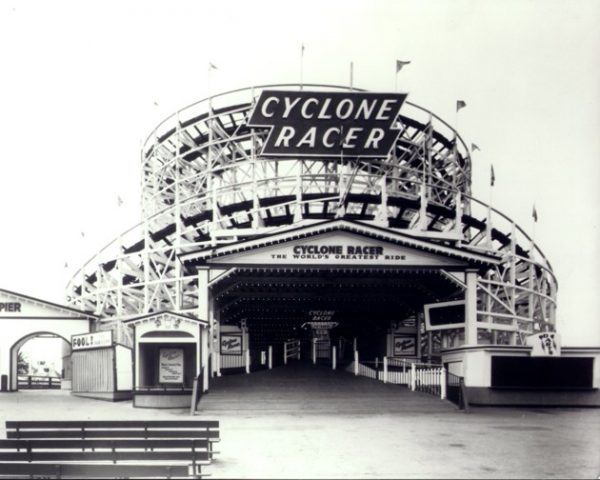 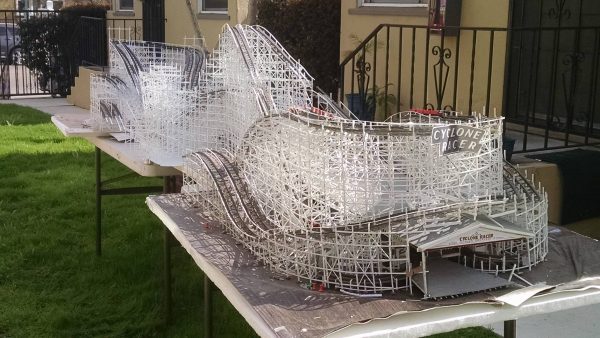 Started in 2016, Tim says he’s put between ten and twenty hours of work on it for more than two years! 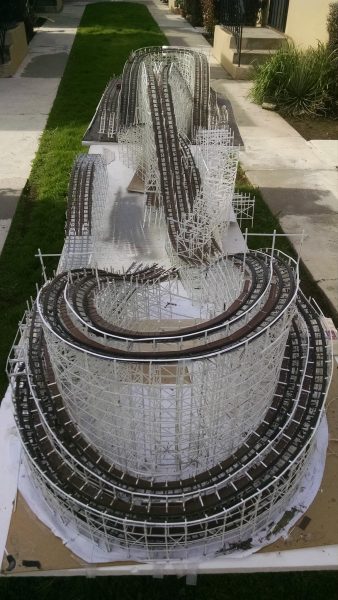 The 1/54 scale model of the Cyclone Racer is nearly ten feet long. 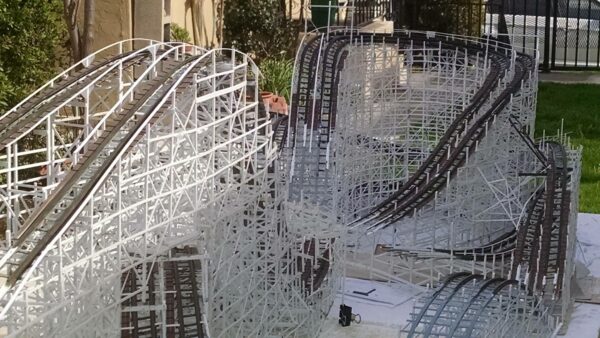 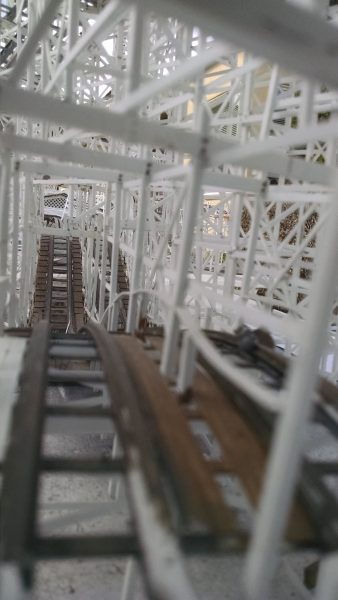 The attention to detail is almost unbelievable. 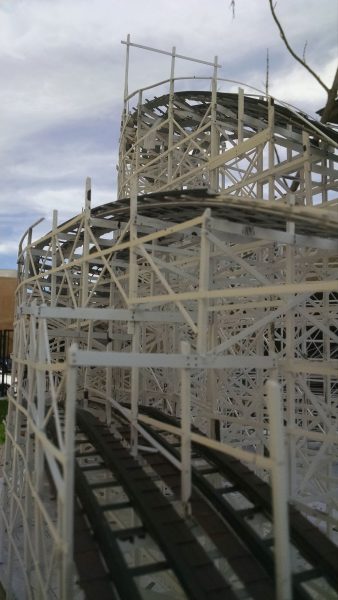 As you can see, one train is completed. 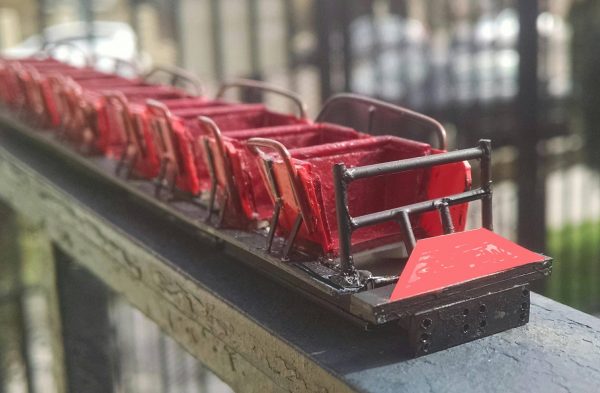 Tim uses pins to replicate bolts to hold each piece together. 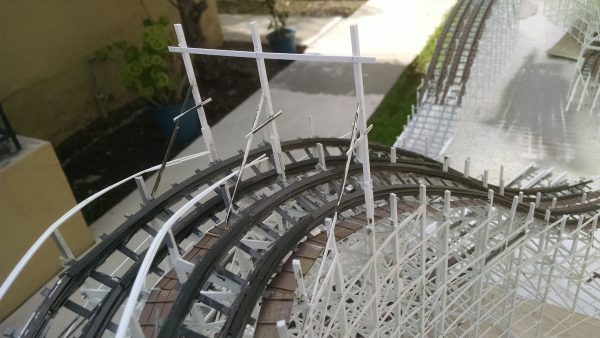 One of the most commonly asked questions is whether or not it’s going to run. Tim says it’s not planned to be a working model. As Tim has said before, if the model runs people tend to focus only on the train racing along the track. He views this more as a work of art and the attention should be on the details, and I agree. 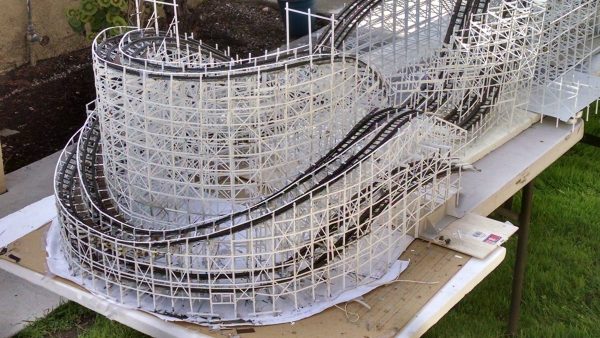 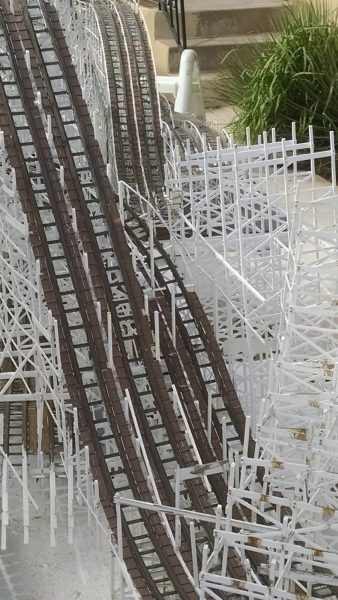 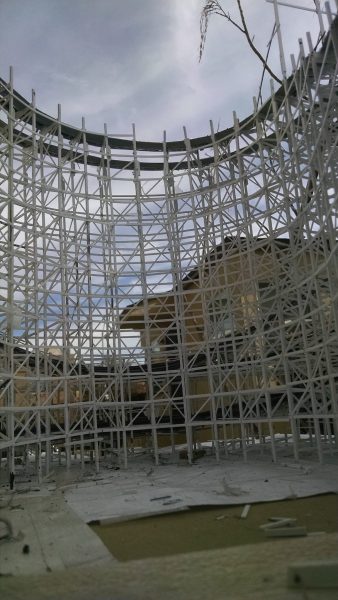 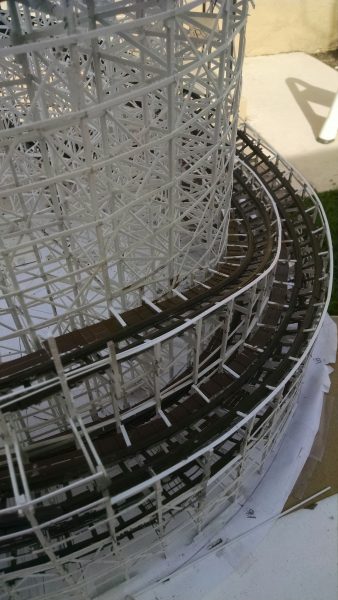 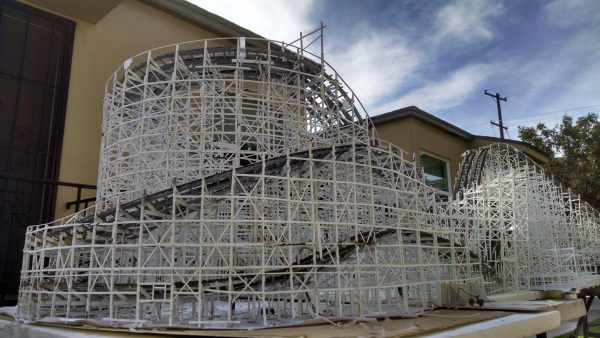 Thanks to Tim for sharing the pictures with us. I hope he continues to share the progress on Cyclone Racer so we can continue to marvel at the detail, craftsmanship, and overall beauty of the roller coaster as it exists as a sculpture and more than just model roller coaster.