Legoland Florida announced today that the new “The Lego Movie World” land (which was announced last fall) will be opening at the resort on March 27. 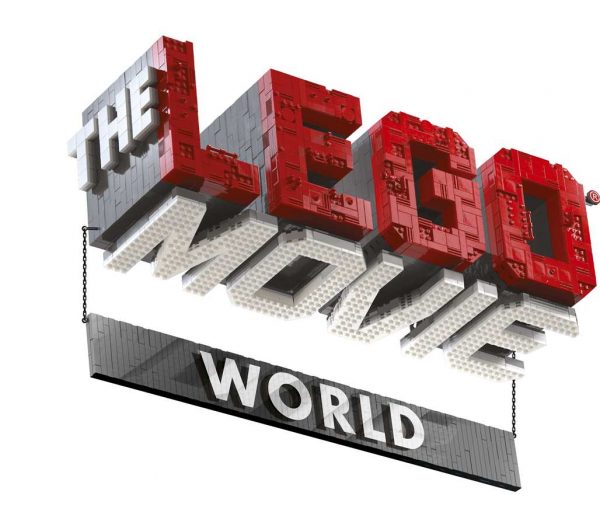 “THE LEGO MOVIE WORLD is our largest addition to date and will provide guests around the world with the ultimate movie-to-theme park
experience,” said Keith Carr, project director of Merlin Magic Making.

The Lego Movie World replaces the World of Chima land, and features three new rides along with other attractions. As with most Legoland attractions, the new rides will lean towards the kid-friendly end of the spectrum. 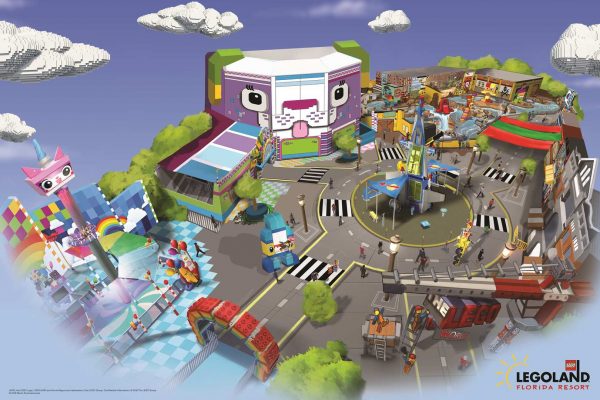 The overview of The Lego Movie World

The first new ride is the LEGO Movie Masters of Flight, a flying theater style ride. You board Emmet’s Triple Decker Couch surrounded by a full dome screen, and take off through different “Lego” locations. The park says the attraction will be the first in the world at a major theme park to embed a 180 degree turn in the experience. It will include plenty of characters from The Lego Movie, as well as at least one from The Lego Movie 2.

The second new ride is Unikitty’s Disco Drop, themed around the Lego Movie character. It is a childrens tower ride that takes you to the top of Cloud Cuckoo Land, then drops, spins, and bounces you back down to Earth. 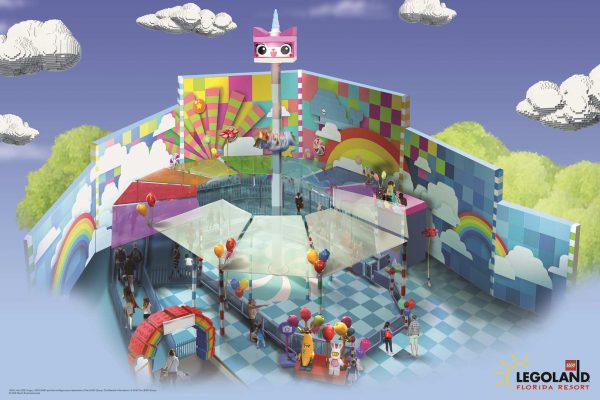 The last new ride is the Battle of Bricksburg, a retheme of the old “Quest for CHI Splash Battle boat ride”. You take the role of a master builder trying to stop DUPLO aliens from invading and stealing your lego bricks. You’ll use water canons to hit targets from your boat. Other park guests not on the ride will also be able to spray water as well to “help riders.” 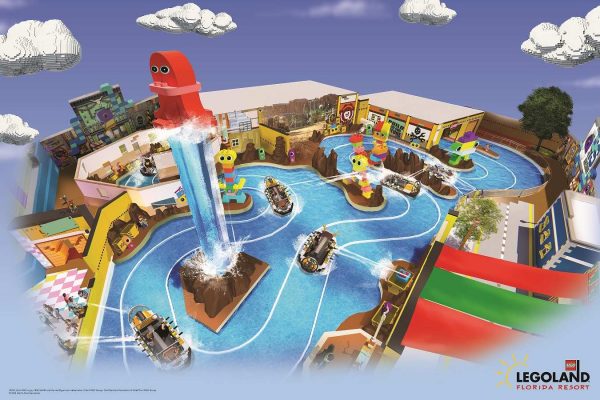 The Battle of Bricksburg ride.

“The rides truly capture the whimsical fun and quirky nature of the popular LEGO movies,” said Rex Jackson, general manager of LEGOLAND Florida. “The Masters of Flight ride will be iconic to our park, Unikitty’s ride sings and spins with her ever-changing emotions and the Battle of Bricksburg is themed around huge LEGO DUPLO® aliens. With great partners in Warner Bros. we’ve developed a park that will bring a lot of smiles to children and their families. We’re thrilled to be the only location for fans to experience THE LEGO MOVIE WORLD.” 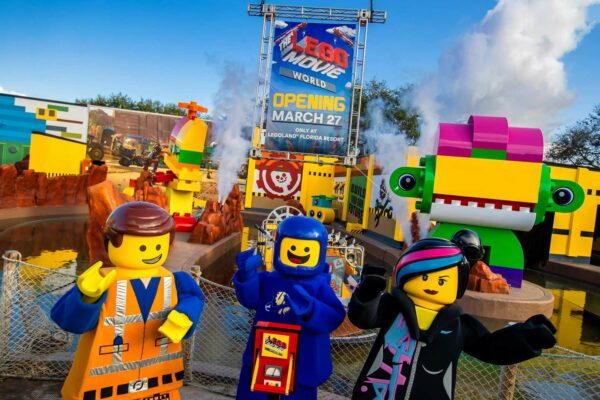 The main new restaurant in the land is, not surprisingly, a Taco Tuesday themed eatery (where you can eat tacos every day). A Lego space themed playground and store called “The Awesome Shop” will round out the attractions in the new park area. Lastly, the Legoland hotel will now feature The Lego Movie themed rooms.