Back in August, we reported that a new flagship restaurant, Boathouse Grill, was headed to Worlds of Fun in 2019. The restaurant is still coming, but for those looking for that nautical name on the midways  of Worlds of Fun next year, you might get lost. The park has decided to re-name the new restaurant to Cotton Blossom BBQ, which according to Worlds of Fun, is “a name that better suits the park’s identity and the building’s location.” 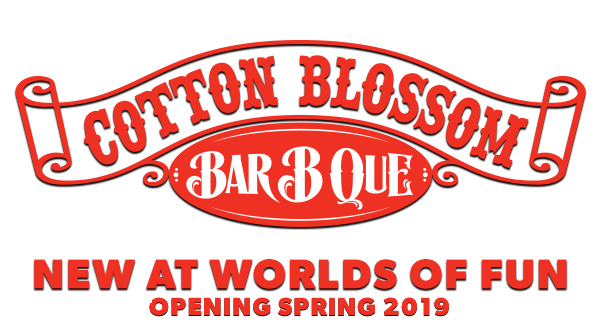 Other than the name change, all other previously announced details will stay the same. Cotton Blossom BBQ will still become the largest dining location in the park at 9,036 square-feet with accommodations for up to 316 guests. The menu will still feature authentic Kansas City BBQ, rotisserie chicken, homestyle sides and a selection of healthier items. 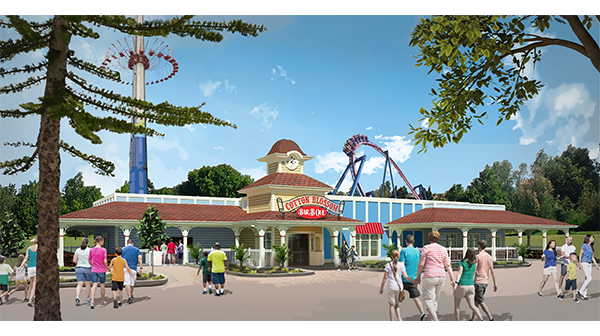 The original Boathouse Grill was originally to be named for the three boats that welcomed guests to Worlds of Fun; Cotton Blossom, Henrietta and Victrix. Choosing to name the restaurant Cotton Blossom specifically is a way for Worlds of Fun to hone in on more specific theming – theming that has “blossomed” since the building’s original conception, according to a blog post from the park. 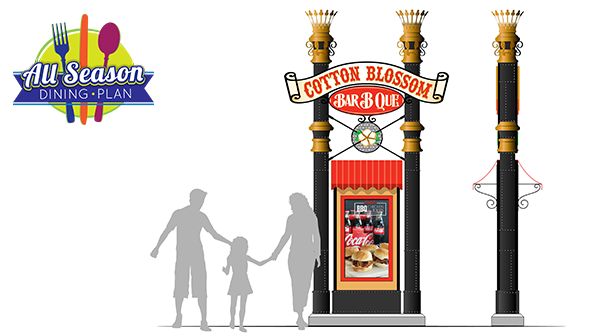 Cotton Blossom is the name of the sternwheel paddleboat from the classic film, Showboat. It was purchased by the park at an MGM Studios Backlot Auction in 1971. The Cotton Blossom was the home of the Paddle Wheel Cafe, and served as a gift shop and entertainment venue until 1995. It was also home to Worlds of Fun’s grand opening ceremony on May 26, 1973. 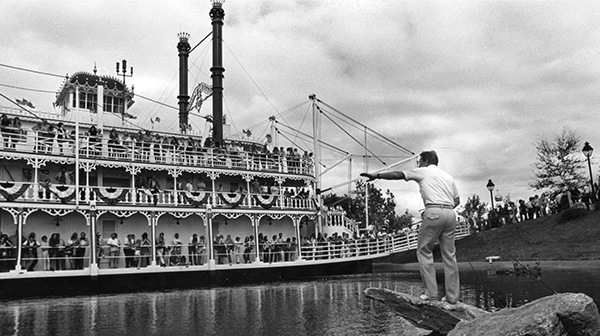 Cotton Blossom BBQ will pay tribute by incorporating several aesthetics and highlights from the park’s history. 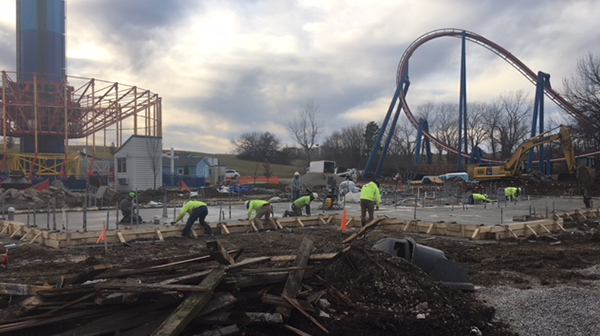 Construction is underway for Cotton Blossom BBQ, and it is on pace to open early in the 2019 season. The facility will feature porch-style seating and a patio with picturesque views of the Americana section of the park, including Worlds of Fun’s B&M Invert Patriot and the park’s Windseeker-style attraction, SteelHawk. It will also be included on the park’s dining plans.