Is Sunset Seasons Greetings a Worthy Replacement for the Osborne Family Lights?

For twenty-one years, it was a tradition of families around the world to visit Disney’s Hollywood Studios during the holiday season, all to see The Osborne Family Spectacle of Dancing Lights. Originally imported from an Arkansas family in 1995, the display moved from the Residential Street to New York Street area, and became one of the most popular holiday attractions. 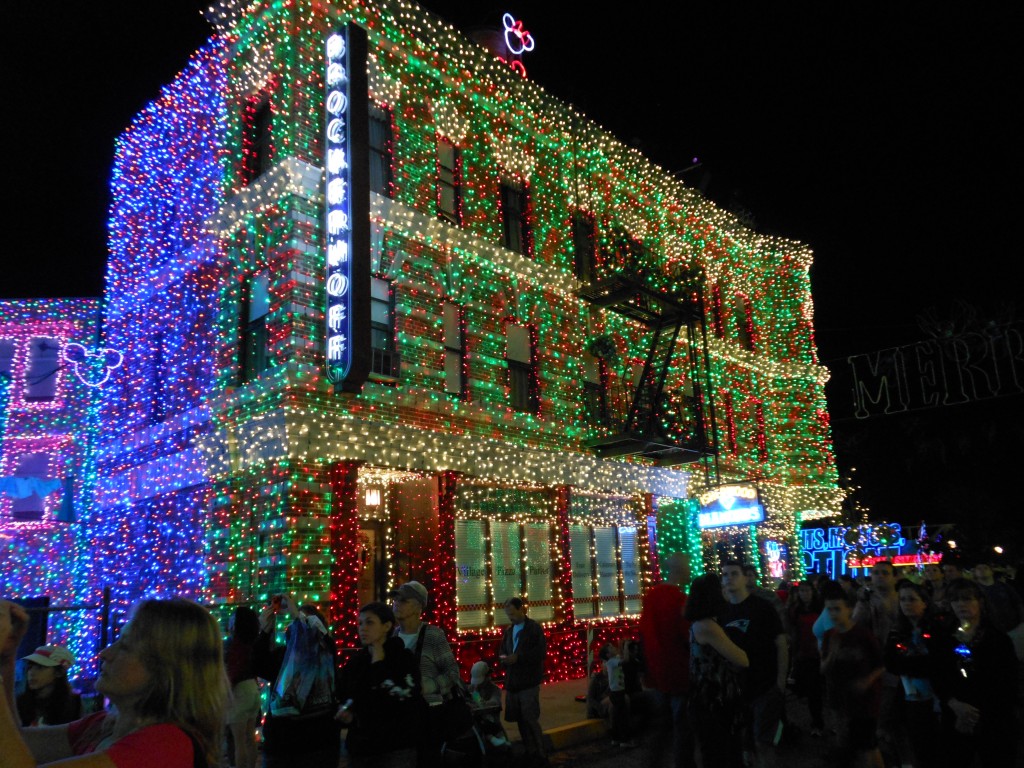 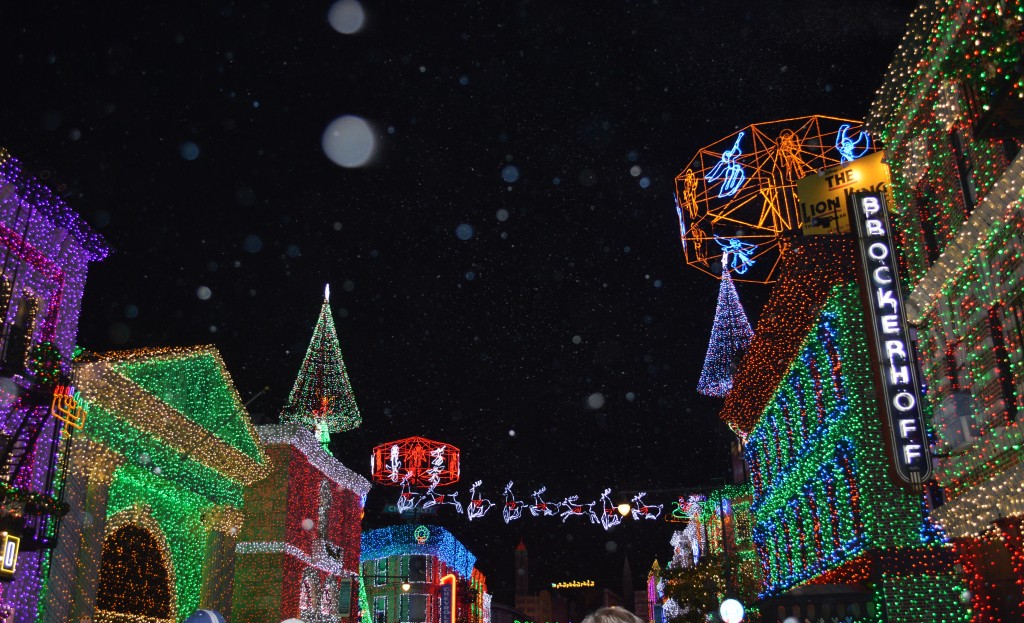 In September 2015, Disney announced that in January 2016 would be the final day for the Osborne Family Lights in order to make way for the new Star Wars and Toy Story lands coming to the re-imagined park. In the meantime, that park would have to do something to keep people coming back during the holiday season. Thus, the creation of Sunset Seasons Greetings.

Sunset Season’s Greetings uses projection mapping to bring the Tower of Terror to life in an animated display. It’s the central attraction of Hollywood Studios’ Flurry of Fun event. 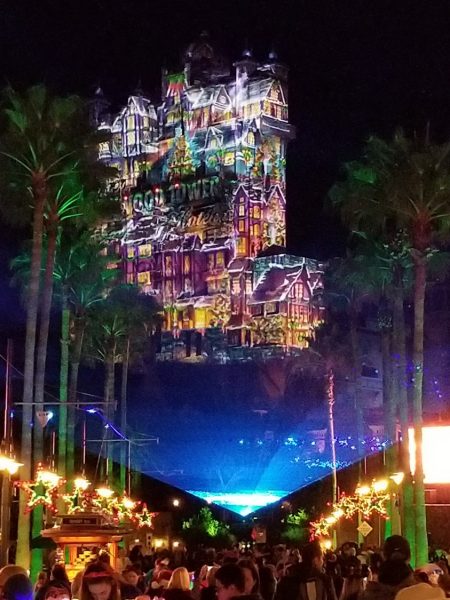 Besides the main projections, there are synchronized lights on palm trees, falling snow, and the stars that line Sunset Boulevard, as well as two LED billboards that help tell the story. 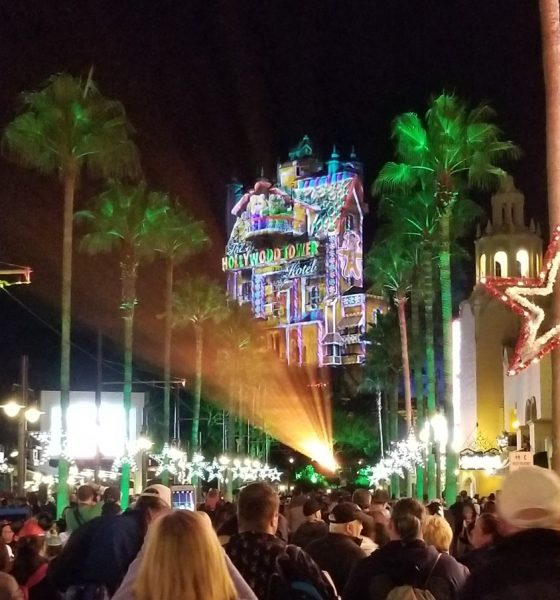 One of my favorite parts is when the tower is transformed into a giant gingerbread house. 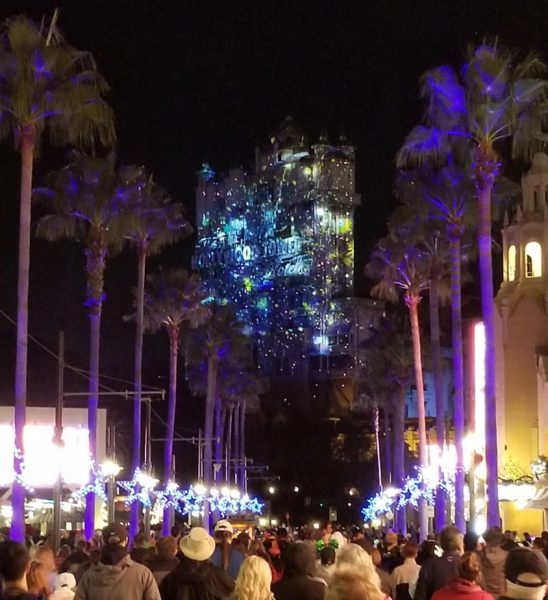 I would say yes, yes it is. The holiday season has become a huge draw for not only Disney but many regional parks as well. Events like Winterfest are spreading to more parks and the events themselves seem to get bigger every year. All these theme parks, zoos, and attractions do Christmas lights very well, including giant syncopated light displays. I mean, you can even go to places like Rochester, Michigan if you want to see buildings draped in lights.

But no one else does projection mapping on a scale that Disney does. Plus they have that huge well of

characters and stories we love to draw from to add an emotional element that other parks can’t touch.

While the Osborne lights were awesome, it was essentially just a ton of lights dancing to music. Sunset Seasons Greetings combines projection mapping, lasers, characters, and snow to make a more unique spectacle, which is why I think it is a worthy replacement for the Osborne Lights. Do you agree or disagree with me? 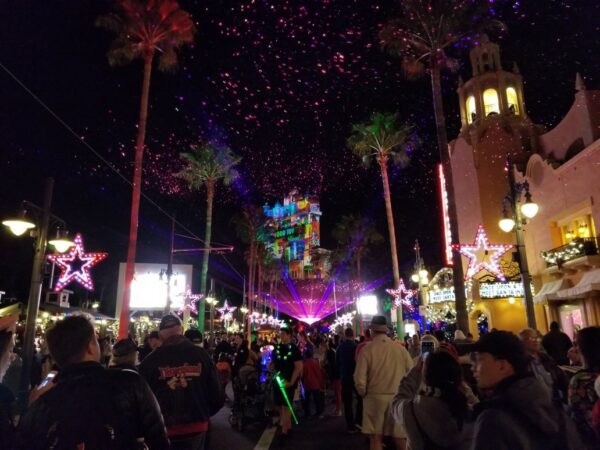 Did you ever get to experience The Osborne Family Spectacle of Dancing Lights? Have you seen Sunset Seasons Greetings? Which spectacle do you (or think you would) prefer? Let me know in the comments below!