KCL Engineering created a new gold standard for roller coaster lighting with its first coaster lighting project, Monster at Adventureland, back in 2016.  Over the past two years, KCL has continued to push the limits of coaster lighting, counting Hangtime at Knott’s Berry Farm in California, and Adrenaline Peak at Oak’s Park in Oregon. When we talked to Andy Versluys of KCL Engineering at last year’s IAAPA Expo, he was eager for more roller coasters to get the “KCL Lighting” treatment. (We were too, and even created a “wish list” of sorts earlier this year.) 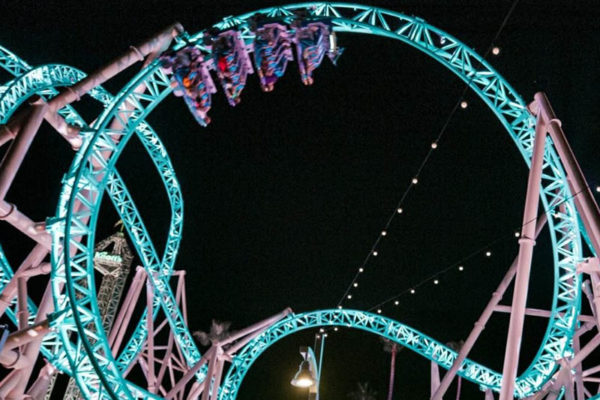 KCL Engineering is thrilled to announce its newest lighting concept will be installed at the indoor Nickelodeon Universe Theme Park at American Dream.   This will be both the first indoor and east coast application of the KCL Roller Coaster Lighting System. 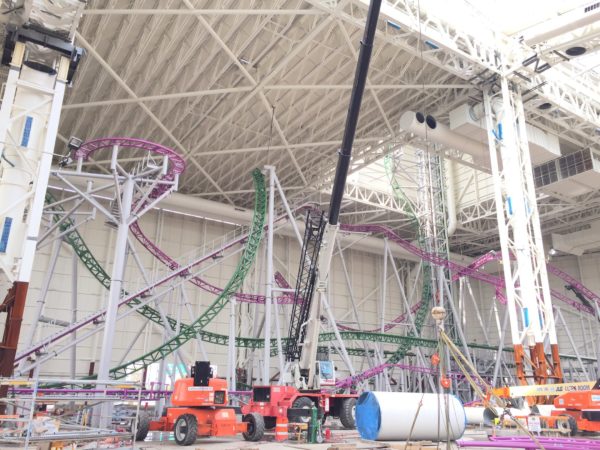 The American Dream project, located in East Rutherford, New Jersey, is expected to be the largest indoor theme park in the western hemisphere when complete. Included in this ambitious project is a Launched Euro-Fighter style coaster from Gerstlauer, which features a 60 mph launch and a 141-foot vertical lift that rises above the park into a section of raised roof to glimpse New York City. It will be a thrilling attraction and look amazing with a KCL lighting package. 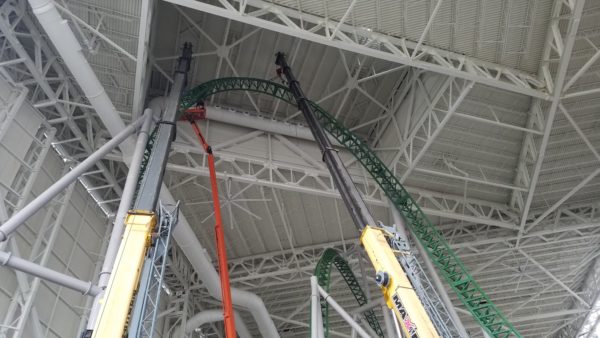 Topping off the tallest inversion on the coaster. Photo: Martin & Vleminckx

Like KCL’s previous projects, the complete lighting effects system will create a unique experience that syncs to music and other external inputs, displaying a thrilling light show for those riding the coaster, walking through the theme park, and even people miles away in New York City. KCL’s exceptional lighting system is yet another element that will differentiate American Dream from any other project in the world. 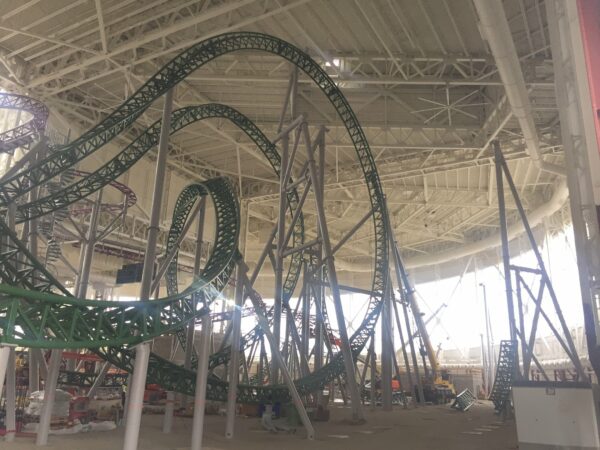 The yet-to-be named coaster is one of two record-breaking Gerstlauer coasters that were announced for Nickelodeon Universe at the American Dream in November 2017. It will feature the steepest drop in the world when complete. KCL Engineering and Gerstlauer are both partners of Ride Entertainment.

Are you excited for KCL Engineering lights to make their way to the east coast? Let us know in the comments below!