Lightning Rod Reopens at Dollywood After Months of Downtime

Lightning Rod yesterday reopened at Dollywood after more than three months of downtime. The coaster last operated in early July.

Until last week, when the American Coaster Enthusiast (ACE) Southeast region’s Twitter account shared a photo of the coaster testing, the ride and even its station remained silent with little to no activity — at least when the park was open.

The park made no formal announcement of the ride’s reopening. But as of this posting, the “Lightning Rod is closed for repair. We apologize for any inconvenience.” notice had been removed from the roller coaster’s page on the Dollywood website. 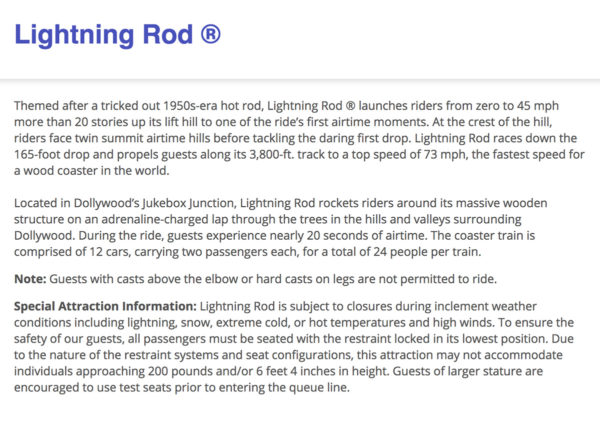 Aside from that notice on the website, Dollywood remained tight-lipped about the coaster during its downtime. Rumors swirled that the park was removing the launch and adding a chain lift. Some speculated that the coaster would remain closed until the 2019 season.

Thankfully, those rumors obviously proved to be untrue. 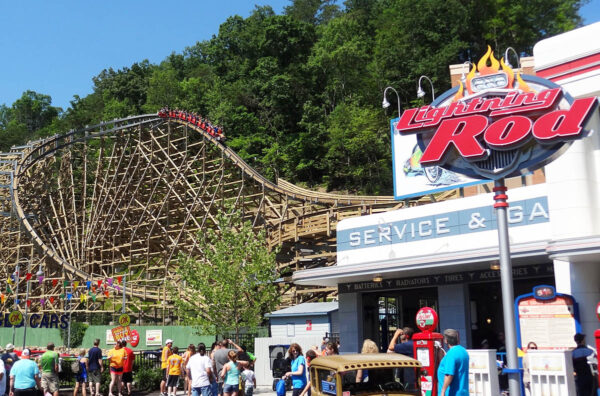 The park has not publicly disclosed the reason for the closure, but Pete Owens, Dollywood’s Director of Media/Public Relations, did say that the issues plaguing the coaster were unrelated to the launch.

Others have said it appears that some new wood has been added or replaced on the ride’s structure.

Some have speculated that the issues may have stemmed from the coaster’s hot rod-themed trains. The “zero” or lead car is noticeably different:

I’m open! After four months of down time my zero car is all fixed! pic.twitter.com/mhIK3VY4Ws

The new zero car is smaller and less “ornate” than the original. But if that’s what it takes to keep the coaster operating consistently, I’m all for it.

Have you ridden Lightning Rod since it reopened? Can you tell a difference? Share your thoughts in the comments section below.

And be sure to read our review of Lightning Rod from its debut 2016 season.