Tidal Twister will accelerate riders to a top speed of 30 mph, twisting and banking through a figure 8-shaped track with a zero-G roll at the center.

During the course of the ride, they will cross at the center — one train upright and one inverted below in the zero-G roll.

Tidal Twister will be the world’s first “Horizon” ride from Skyline Attractions. 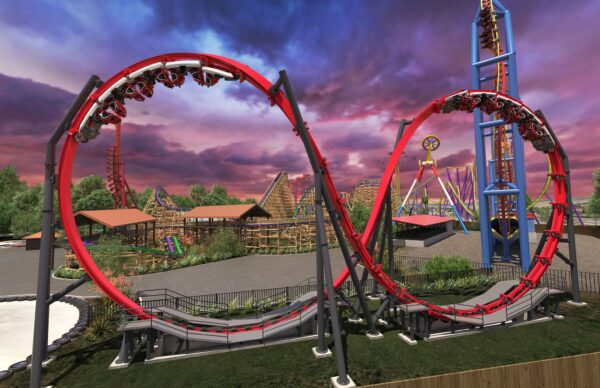 The concept is similar to the company’s Skywarp model, the first of which opened at Six Flags Discovery Kingdom earlier this year. 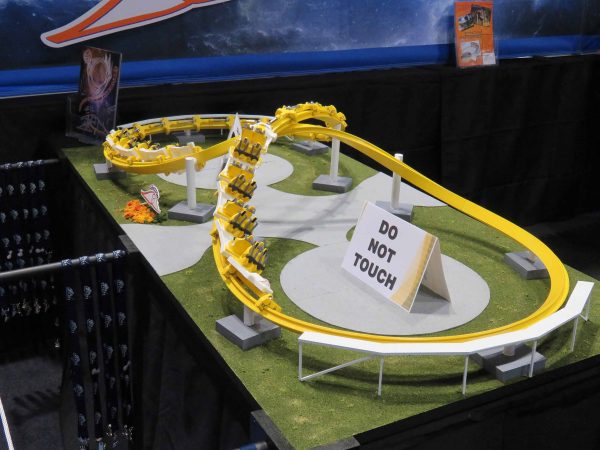 When asked how and why the Horizon model was designed, Yerdon said:

We get a lot of requests from customers who say, ‘we want Skywarp, but we want it bigger.’ Or ‘we don’t have enough room for a Skywarp…’

We said, ‘what can we do in that same tradition as Skywarp? Something that would feel like that same family but would fit inside?’

That’s where Horizon came about. Something that’s very small, fits in a 55’x120’ space, still lives under that 30’ ceiling, but is still awesome. It’s a thrill ride. It’s a roller coaster. It has that corkscrew with an airtime hill right over the top of it. And that’s ultimately how Horizon came to be.

We reported in July that SeaWorld San Diego was believed to be the recipient of one of these attractions. 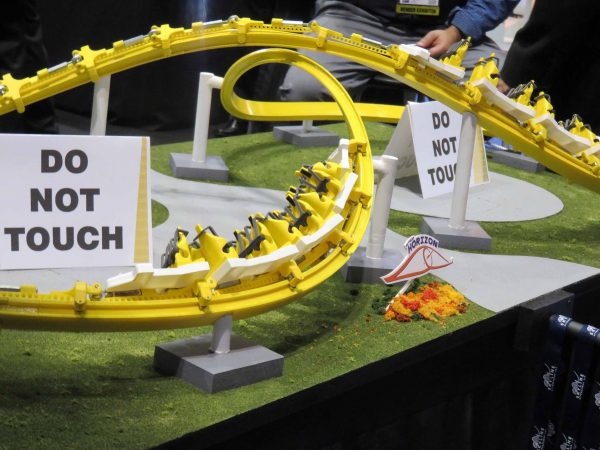 A relatively low height requirement of 48 inches means that Tidal Twister will be a ride that families can experience together.

Watch an animation of Tidal Twister in action below:

What do you think about SeaWorld San Diego’s plans for 2019? Share your thoughts in the comments section below.