6 More Hersheypark Tips from Another First-Timer

On my recent first ever visit to Hersheypark, I relied a lot on the list of 10 tips that John wrote after his first visit last year. But, there are few things I picked up on, either from helpful Twitter followers or just from exploring myself, that I thought I would add. So, after you’ve read John’s tips and are looking for more, here are five MORE tips from a first time visitor.

1. Visit Chocolate World before the park opens up, and after it closes

Want to visit Chocolate World, but not sure where to fit it in? Go before the park opens! At least on my visit, Chocolate World was open an hour before the park. Going then had two great benefits. First, I was able to make sure I visited without missing anything at the park. Second, the “factory tour” gets long lines during the day, but if you go first thing in the morning it’s empty. Walk on to the ride, browse some candy, then head to the park for opening. The downside is the other special activities at chocolate world don’t happen that early, but you can always come back to those later. Also, if you want to buy a bunch of candy, Chocolate World is open later than the park, so just stop by on your way to the parking lot for the souvenir shopping. 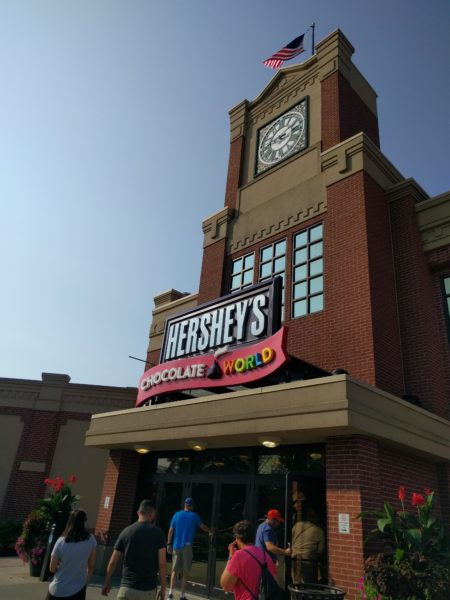 Stop by Chocolate World before the park opens!

2. Fahrenheit definitely should be second

John mentioned this as a possibility in his list of 10 tips, but I’ll come right out and say it, ride Fahrenheit. Its capacity is relatively low, and its popularity is high. It probably had the longest waits all day of any ride except Laff Track. Knock it out second after Laff Track. 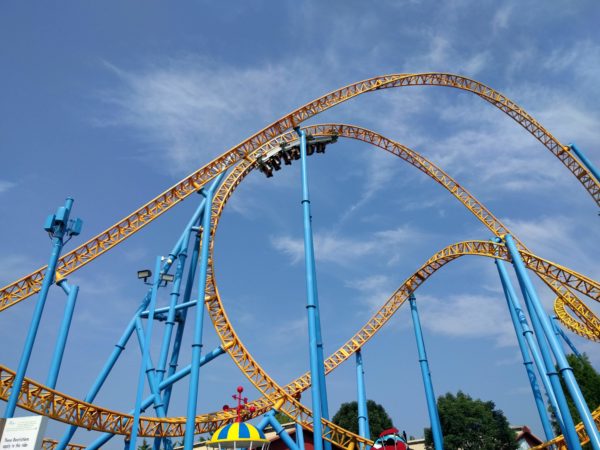 Fahrenheit is a great coaster, but the wait gets long. Ride it early! The other coasters towards the back (except Laff Track) don’t get that busy (especially Lightning Racer). 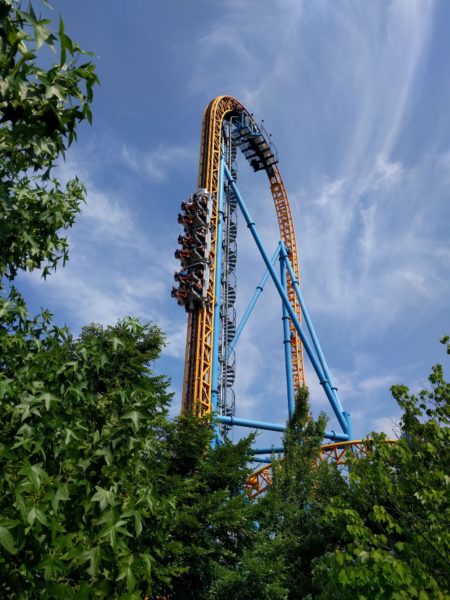 3. Skyrush back row, right side

Thanks to a few folks on Twitter, I made sure to aim for the back row for my last couple rides on Skyrush. It was insane. Don’t worry about the incredibly long front row line, just ride it in the back twice instead. 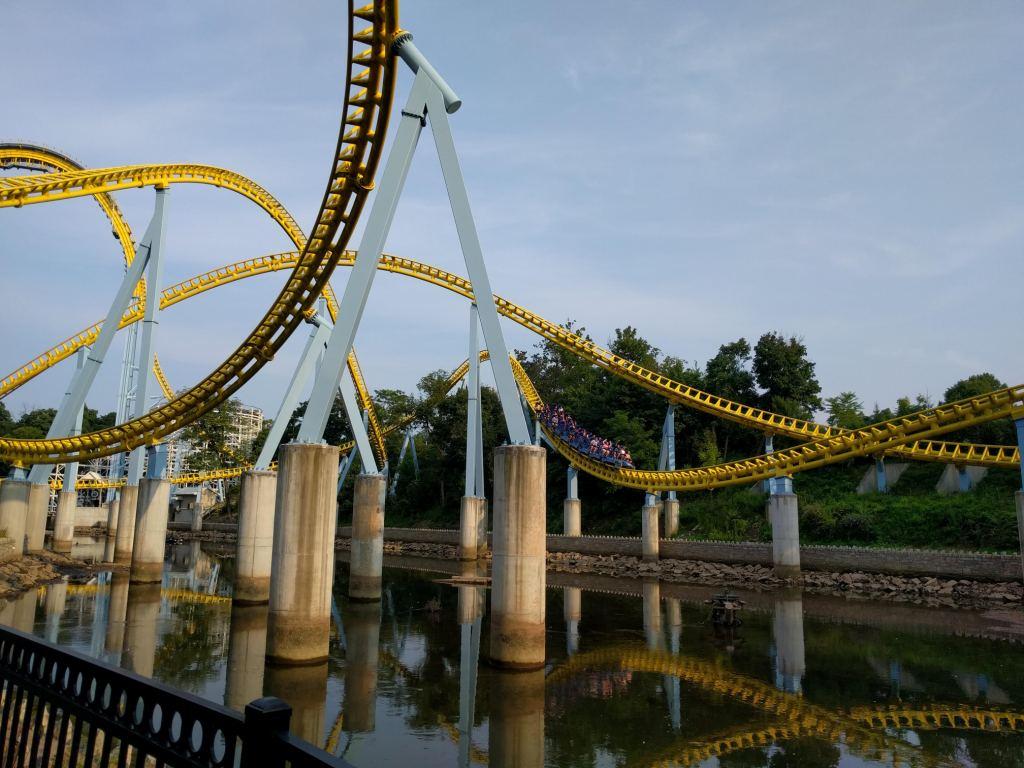 The back row of Skyrush had some of the most insane airtime I’ve ever felt on a coaster, and even better when on the outside. 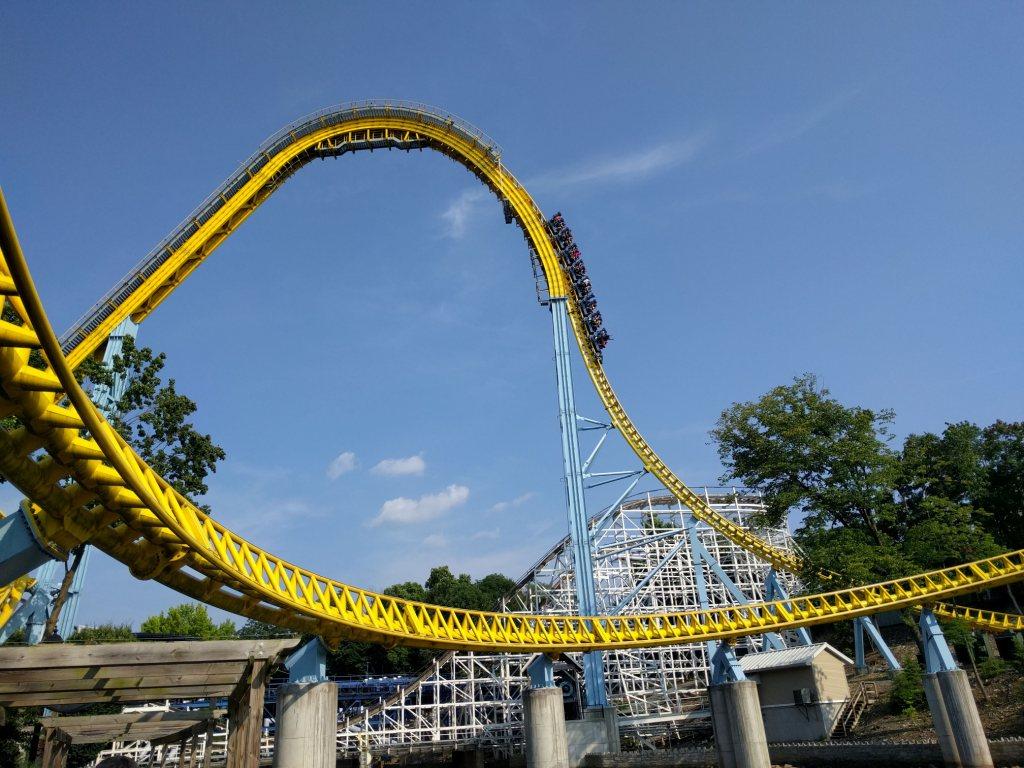 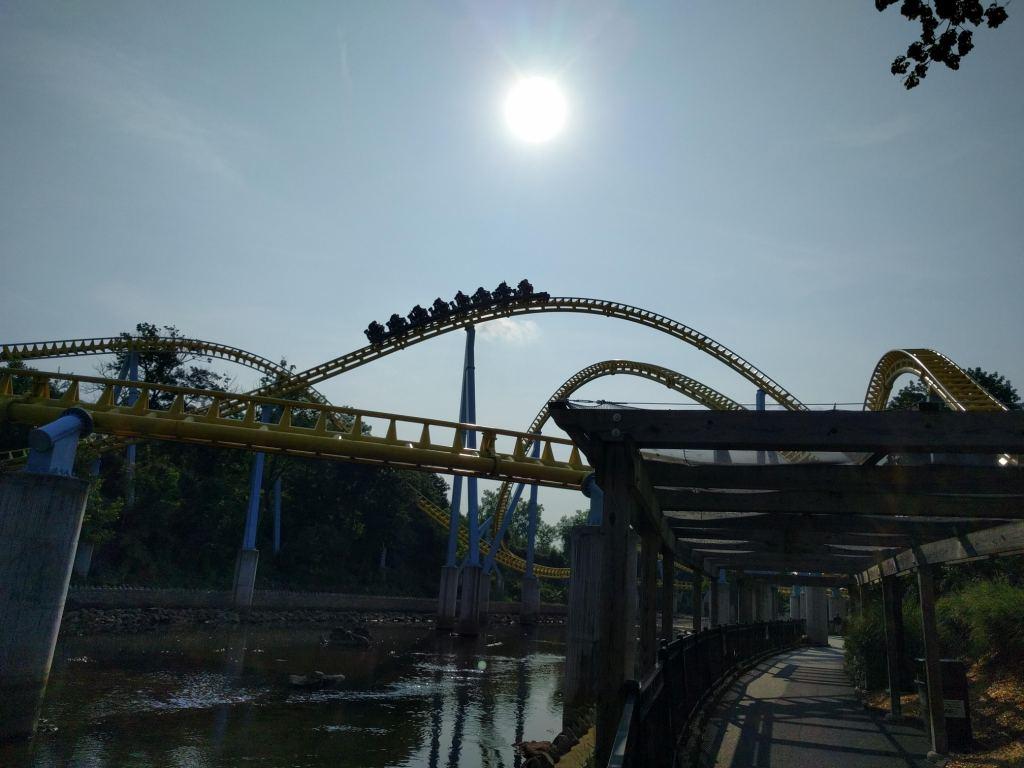 4. Find all the different places to watch Storm Runner

One of the best tips in John’s original article was about the “hidden” spot to watch Skyrush. And that was excellent advice. But, I found that Storm Runner was a pretty great coaster to watch, and there were some great “off the beaten path” spots to watch it. Maybe the best was watching it while eating lunch at Spring Creek Smokehouse. Storm Runner basically goes right over the dining area (thanks to @zeroGRoll on Twitter for that tip). 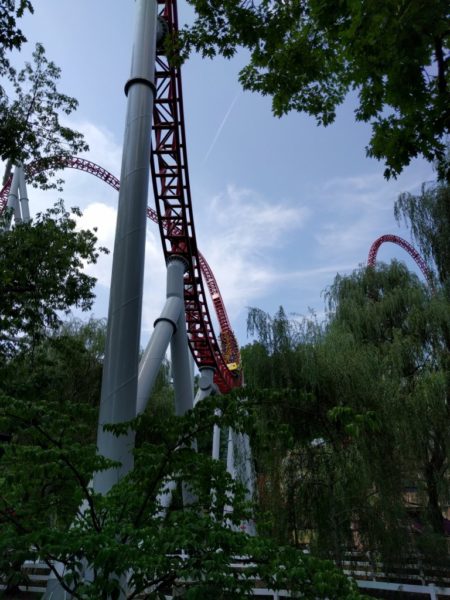 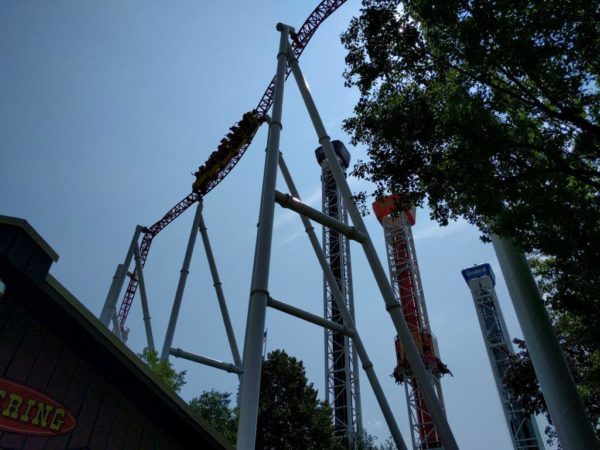 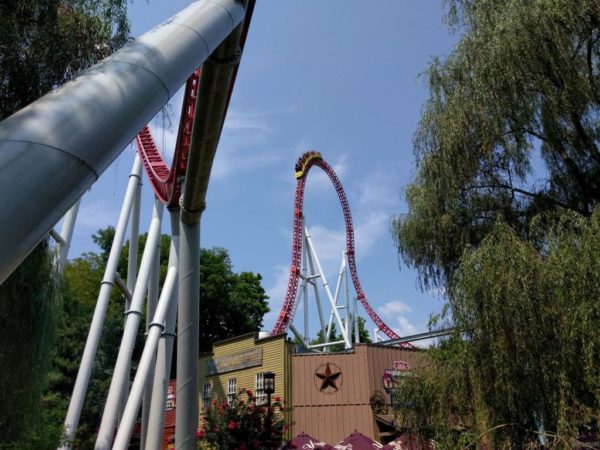 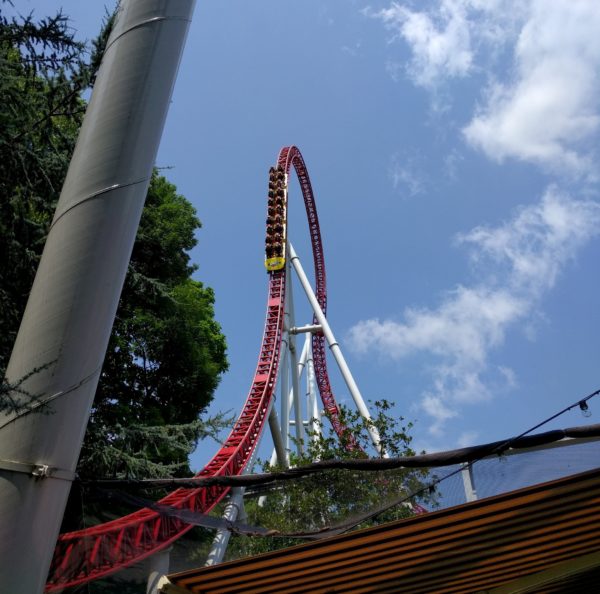 5. Step out of the park to Hersheypark Place for a relaxing meal

Need a bit of a break after spending 8-10 hours at the park? Hersheypark Place right outside the entrance to the park offers a decent, air conditioned, sit down meal. It’s pretty nice to be able to have a real meal after spending the day at the park, and it doesn’t get too packed since it’s outside the gate. Just get your hand stamped and head back in when you’re done to get those night rides in.

6. Get a view from the Kissing Tower when you need a coaster break 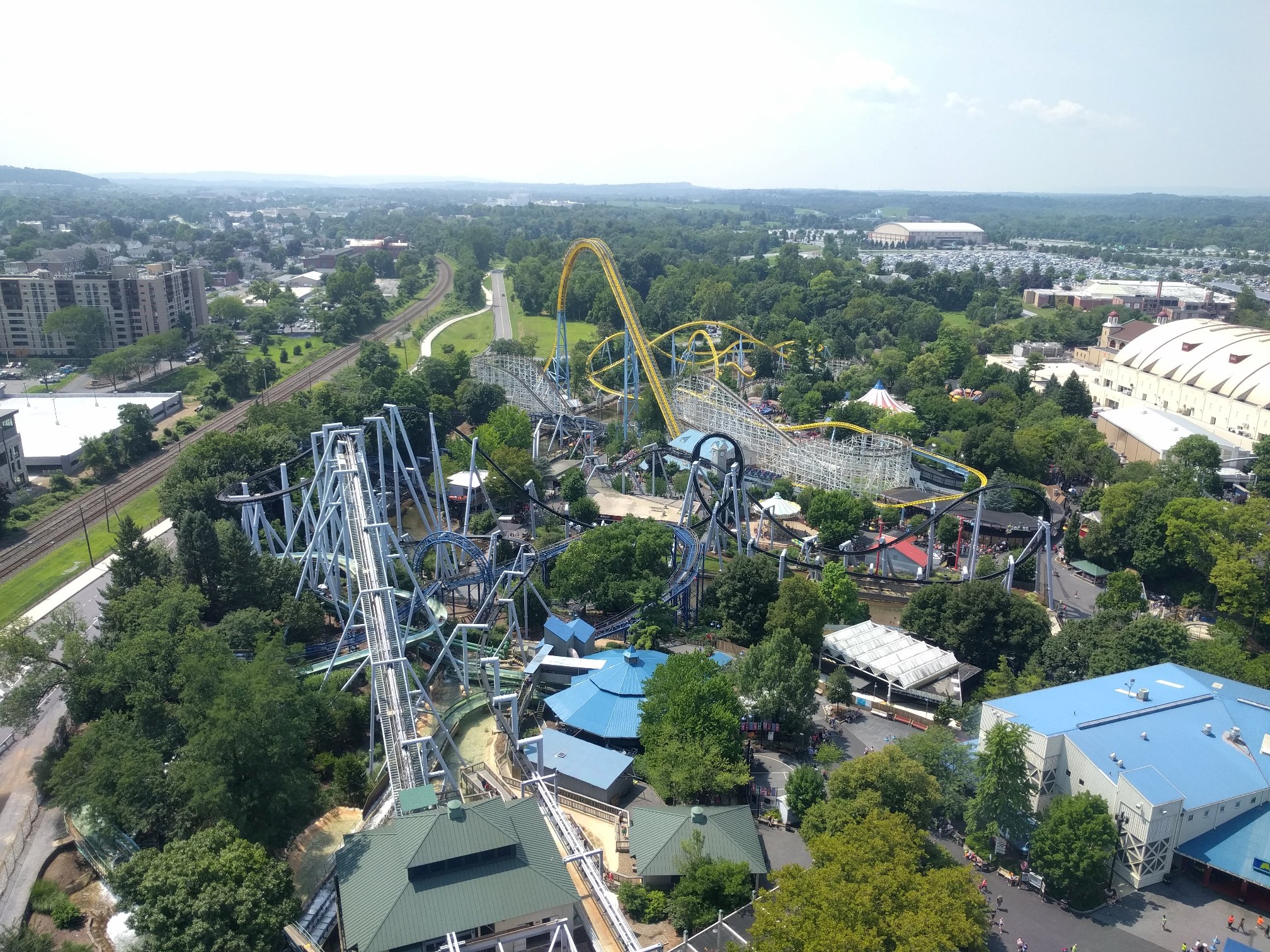 Finally, when you’ve ridden all the coasters and are looking for some other attractions, or just need a break, go check out the Kissing Tower. It’s a little out of the way, and a little up a hill, but the views it offers of the park, and Hershey itself, are great. A perfect way to get away from the crowd for a bit before hopping back on Skyrush. 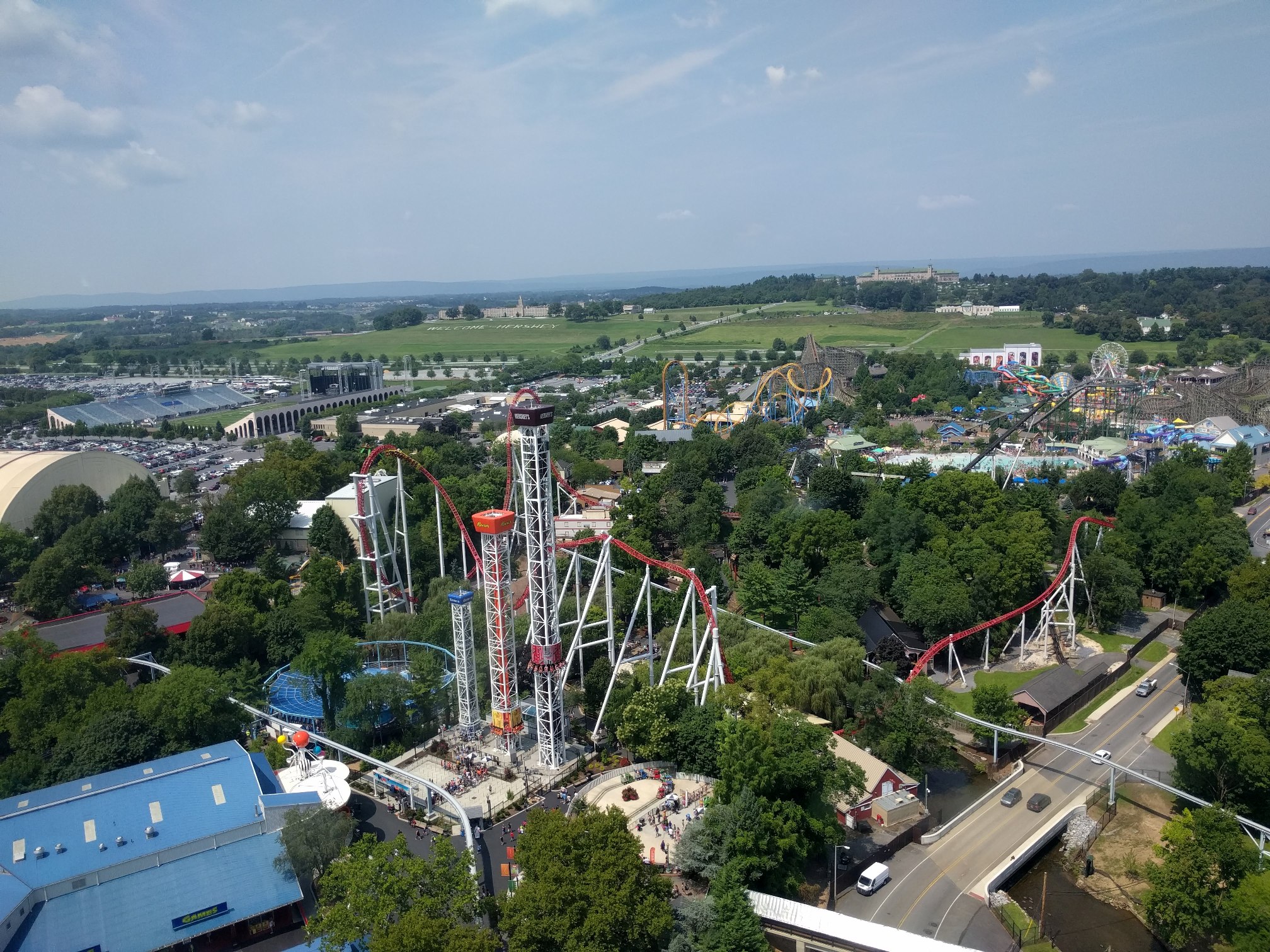 One of the best observation towers. Being on the hill means it is TALL.

Alright, so now you’ve got 16 Hersheypark tips to work with. But, I’m sure there are still tons that weren’t covered in our initial post or in this one. What are some of your favorite Hersheypark secrets and tips? Let us know in the comments what we left off, or tell us on Facebook or Twitter!