With Labor Day serving as the unofficial/official ending of summer at theme parks around the country, it’s time to shift focus to the fall, and one of my favorite times at the parks, Halloween. 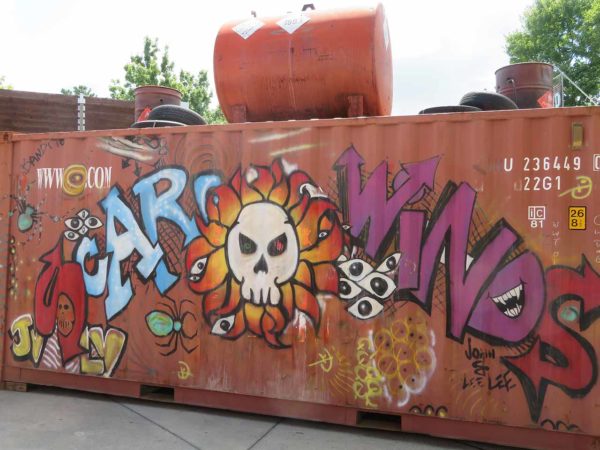 While visiting Carowinds yesterday, I noticed that the “skeletons” of several scare zones for SCarowinds, including the new “Dead Man’s Landing” and “The Hollow,” were popping up around the park in advance of SCarowinds’ September 14 debut. Here’s a quick recap of what I saw! 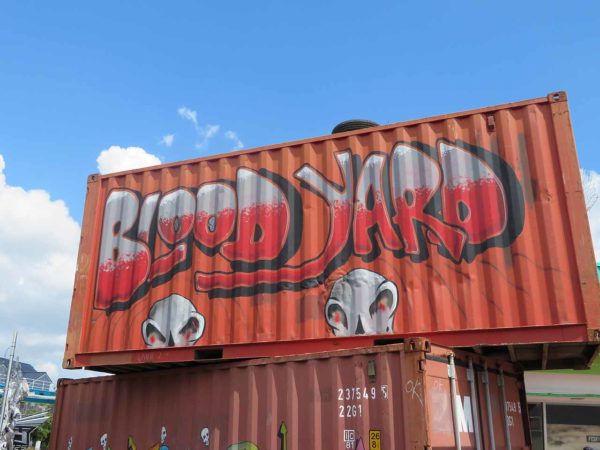 Benefiting from a new, more expanded location in 2017, the Vampires of the Blood Yard will again be terrorizing SCarowinds guests near Fury 325 and Hurler. 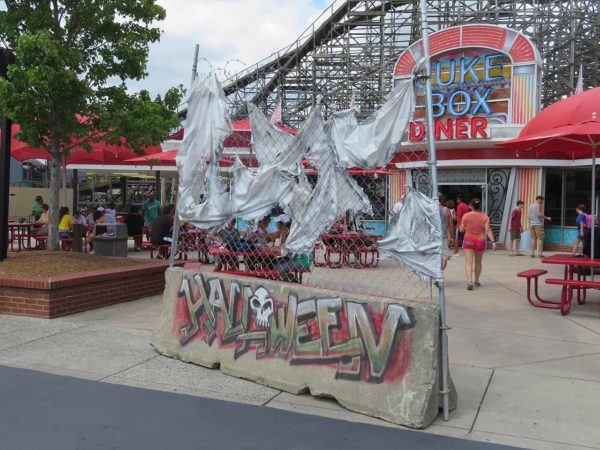 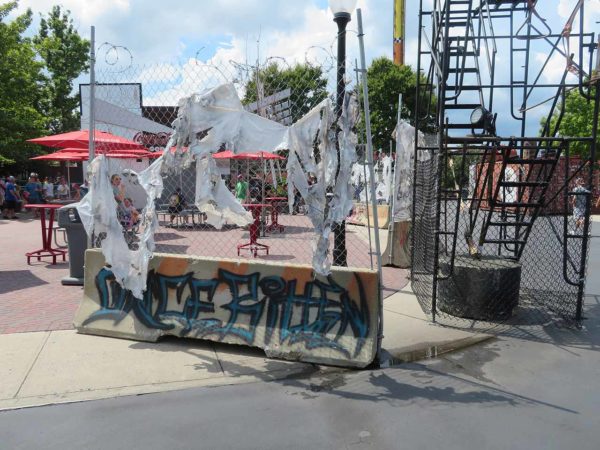 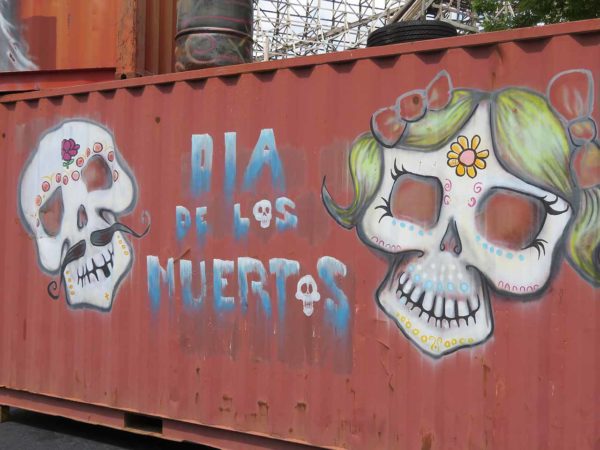 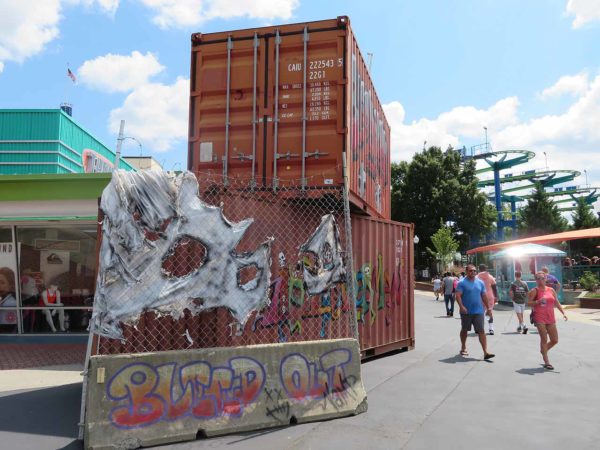 I love the look and layout of the area, and the shipping containers make for a great hiding place, especially when you can combine the echoing sounds that are made possible by the hollow insides. 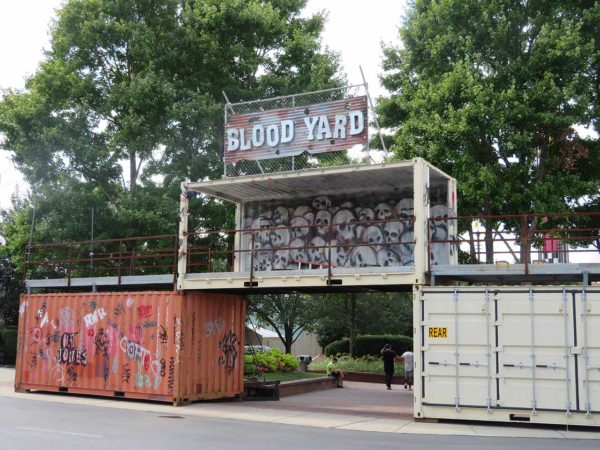 SCarowinds’ nightly percussion show, Blood Drums, looks like it will appear again on the raised stage in Blood Yard. And for those interested in a libation or two during SCarowinds, the white shipping container at the bottom right of the Blood Drums stage doubled as a bar last year! 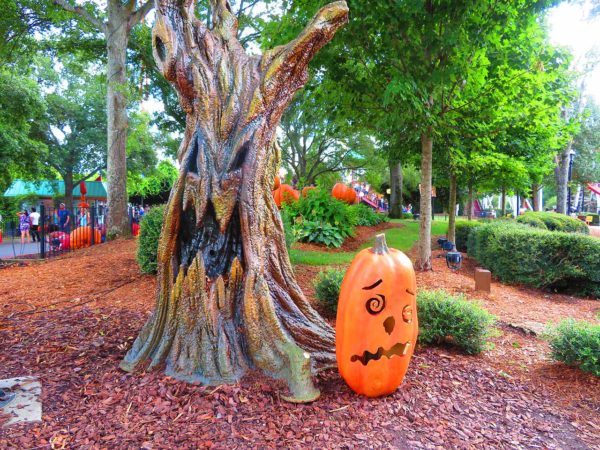 One of two new scare zones at SCarowinds this year, The Hollow will take over the new Carousel Park at Carowinds. Lots of pumpkins and evil looking trees in the area! 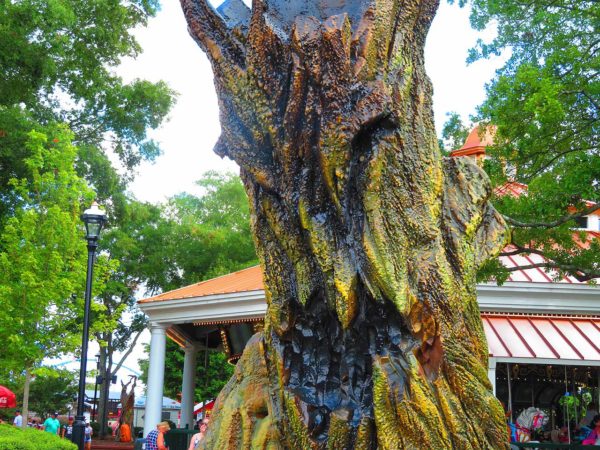 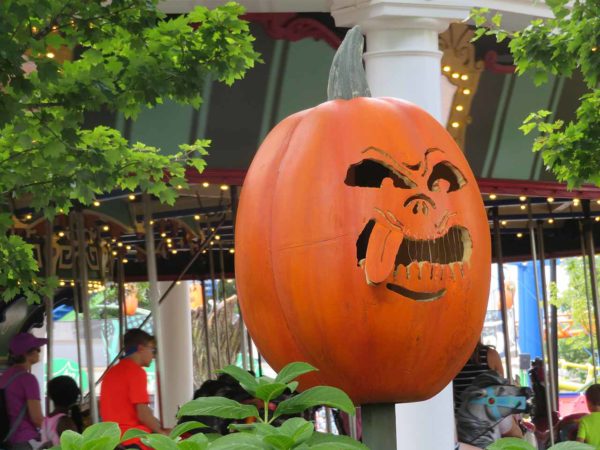 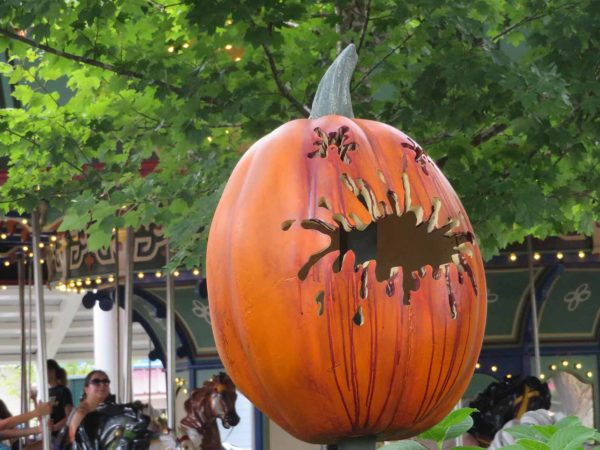 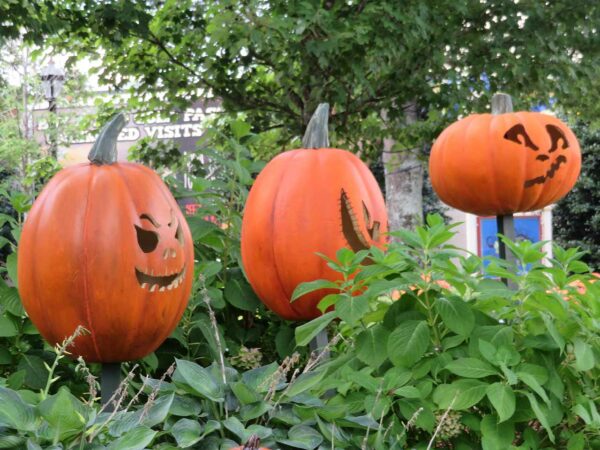 Even Papa Luigi’s Pizza is getting in on the Halloween Spirit!

The giant sleeping troll is making his return to SCarowinds this year. You don’t want to wake him up! 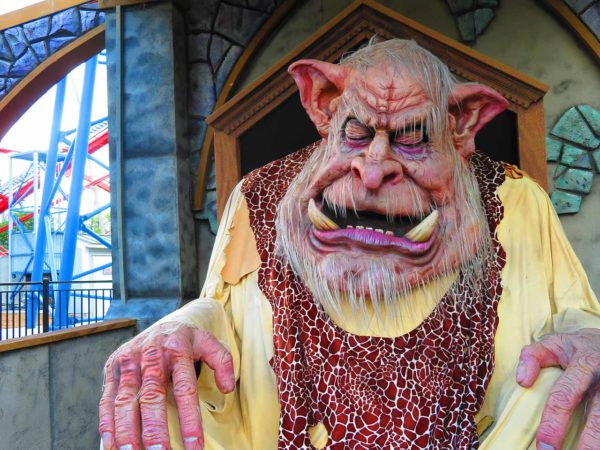 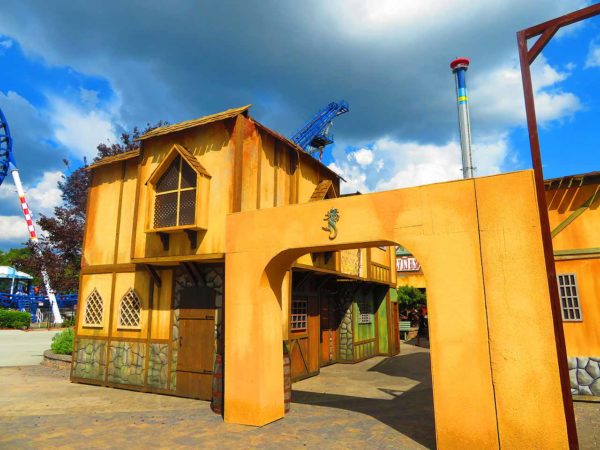 Occupying an area that was kind of a “dead” (no pun intended) area last year is the other new Scare Zone, the pirate-themed “Dead Man’s Landing,” which is located in between The Flying Cobras, and soon to be Blue Ridge Country Kitchen (but currently Wings.) 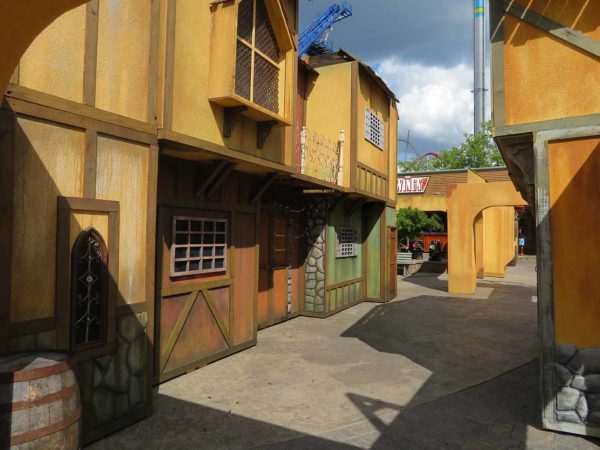 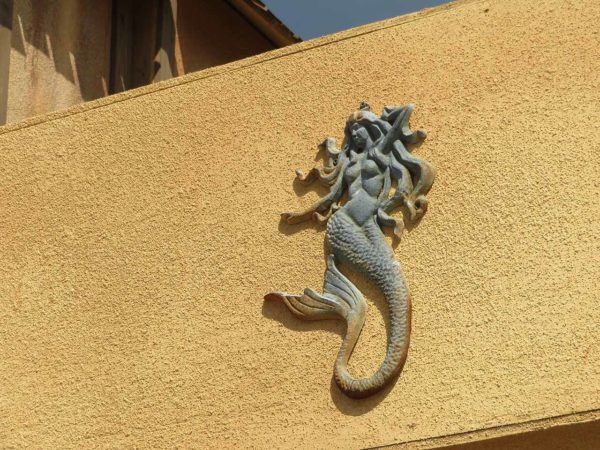 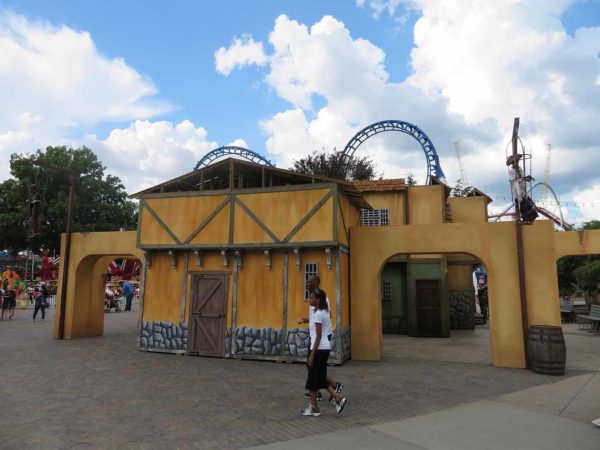 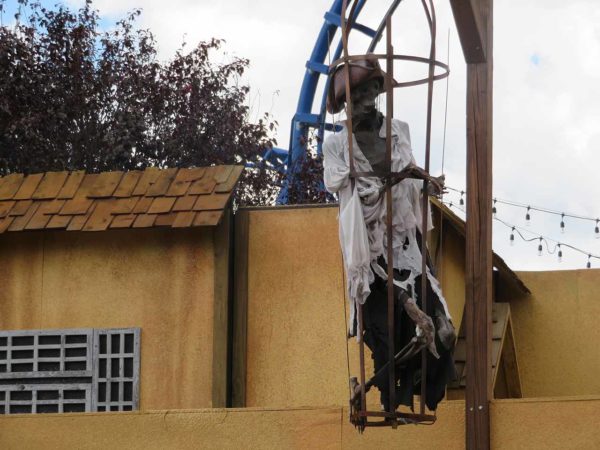 I’m betting there’s some more pirate theming that goes up in Deadman’s Landing before SCarowinds begins, but the attention paid to detail already is pretty fantastic. If the Copperhead Strike announcement was any indication, the Scare Actors here will be great! 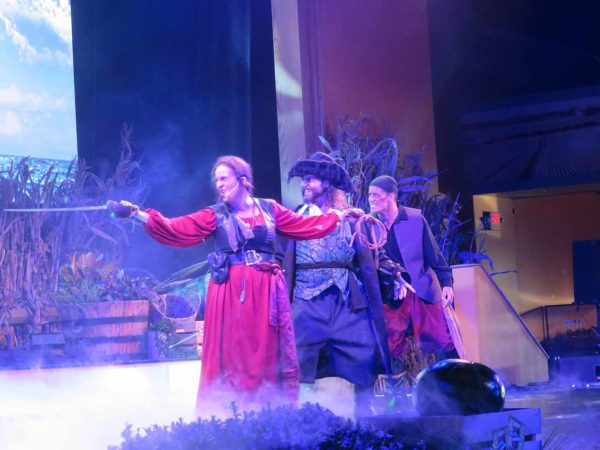 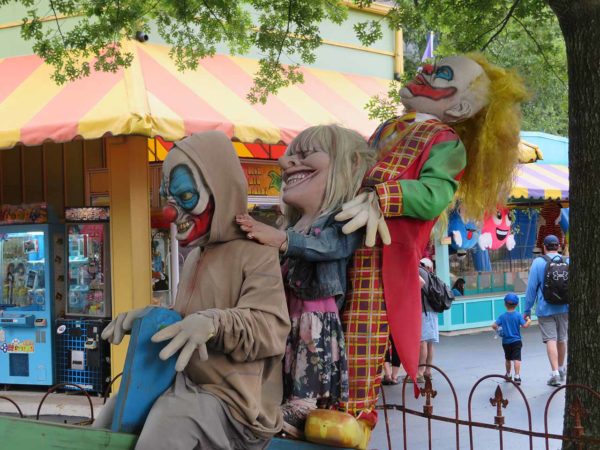 Returning to Crossroads this year are the clowns of E.H. Bailey’s Psycho Circus, now known as CarnEvil. 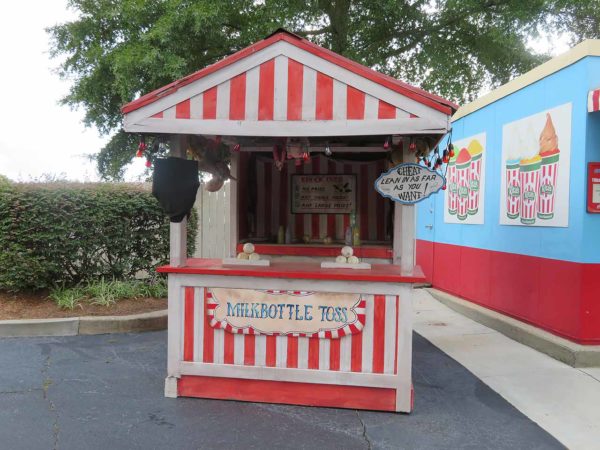 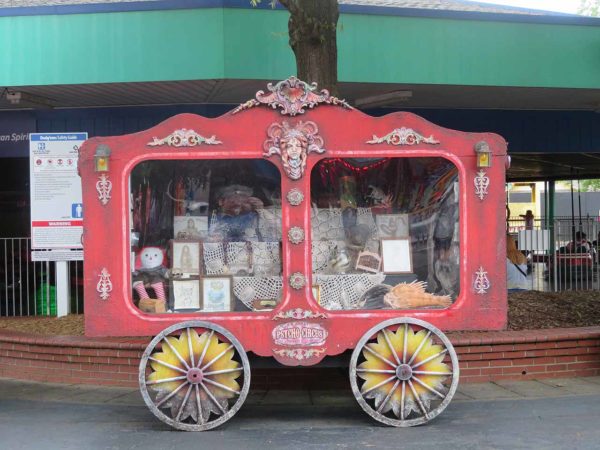 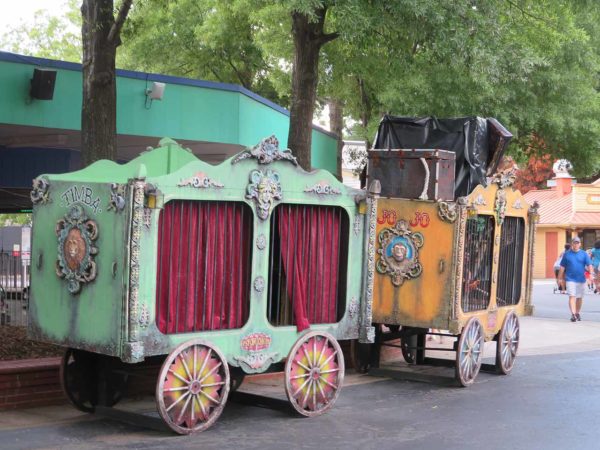 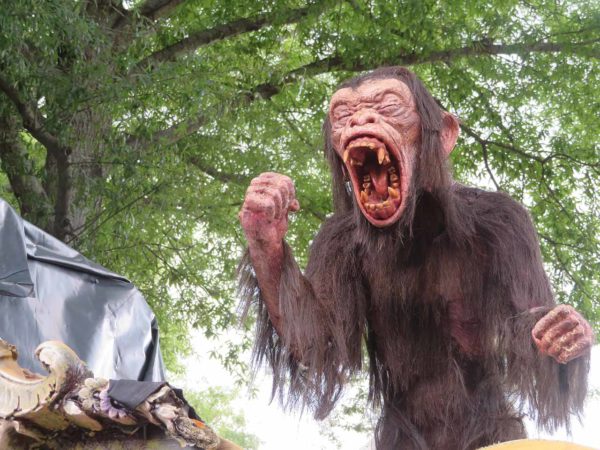 One thing I found interesting about CarnEvil was the inclusion of Jack’s Revenge, which has been the “Skeleton Key” experience in the Psycho Circus Scare Zone for the last two years. It was set-up near Yo-Yo and Plants Vs. Zombies. There’s currently no mention of “Skeleton Key” experiences on the SCarowinds website, as they were included with Fright Lane passes last year. I’m curious if they’ll open up Jack’s Revenge to everyone and turn it into a “mini-maze” of sorts. Can’t wait to see what happens! 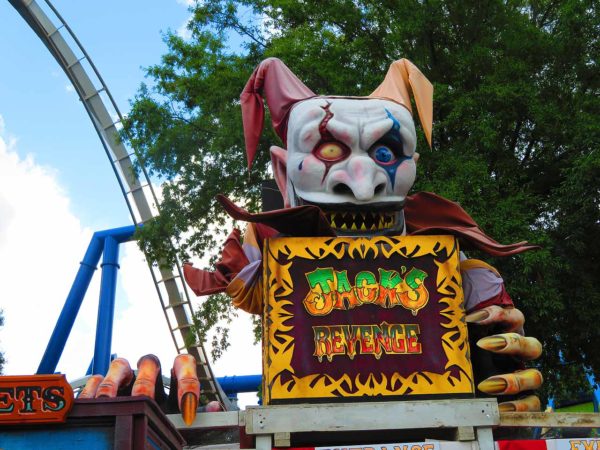 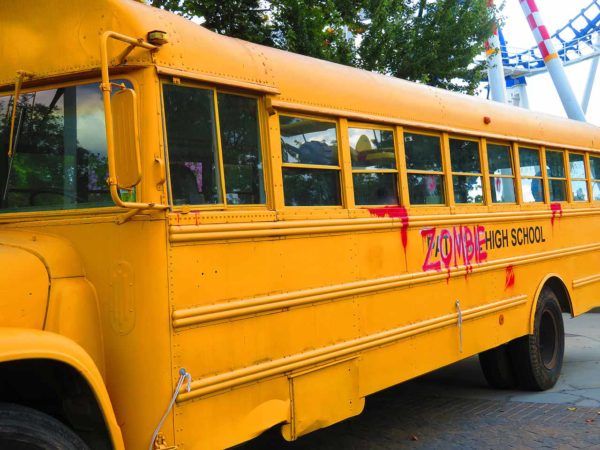 Though not technically a Scare Zone, this is the first time I’ve seen the Zombie High bus out in the park! Usually the area is marked with a sign for Pat Hall High! Zombie High is tucked back behind Flying Cobras. 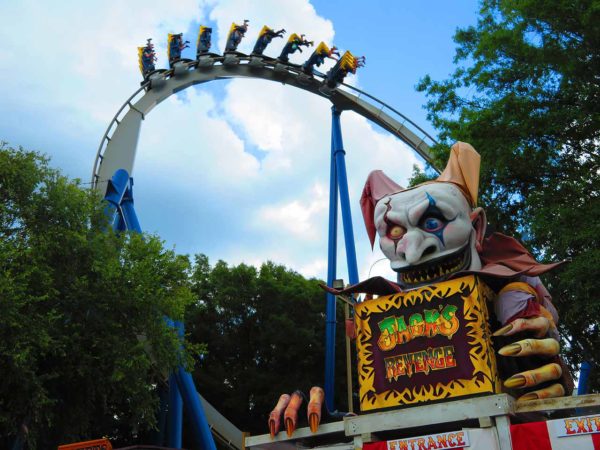 We have a few tricks up our sleeve planned for SCarowinds coverage this year. Stay tuned!