Cedar Point recently announced the Dinosaurs Alive walk-through attraction is going extinct on September 3rd, 2018. While visiting the park on Wednesday, August 22nd we decided to walk through the island for our first and last time.

Before the dinosaurs inhabited Adventure Island in the center of the park, the Paddlewheel Excursions used to take relaxing voyages around the island. The boat ride was closed on Labor Day in 2011 in preparation for Dinosaurs Alive. In order to get to the island where the dinosaurs would live, guests needed a way to get there. A floating bridge was installed where the excursions embarked, meaning boats would no longer be able to complete the loop around the island. 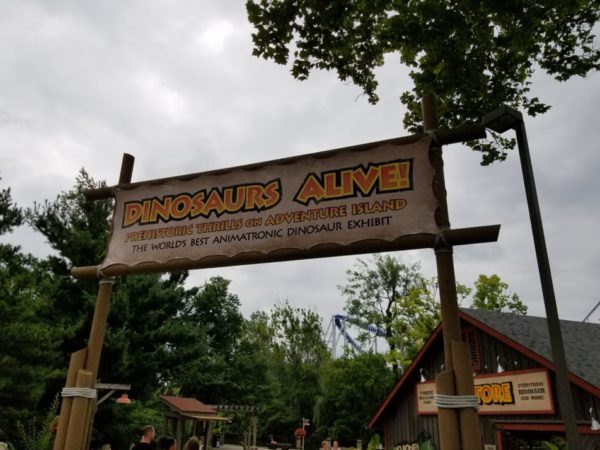 Dinosaurs Alive opened on May 12, 2012 at a supposed cost of one million dollars. Visitors are required to pay an additional fee of $5 per person over the age of two (I believe season pass holders get a discount of $2.50). Reason being to limit capacity and prevent overcrowding I presumed. 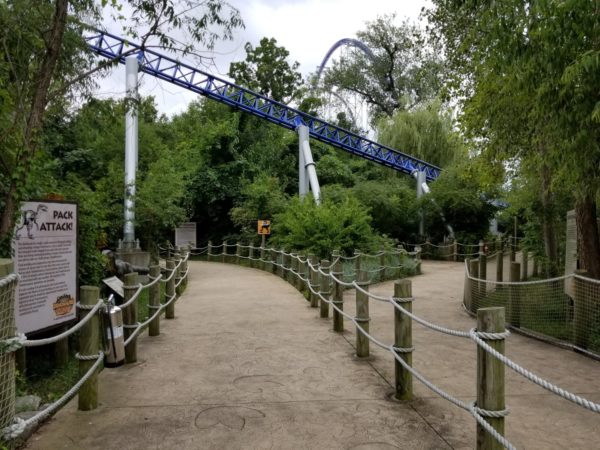 The attraction is advertised as having 50 lifelike dinosaurs along a 1,900 foot long trail. 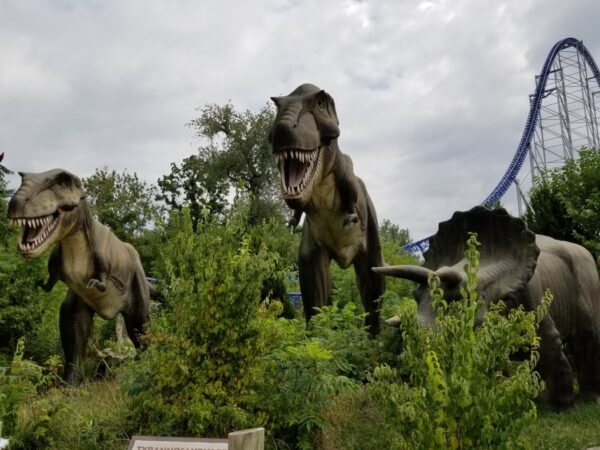 There were some dinosaurs with control panels that let you interact with the dinosaurs. Sadly, it appeared most of the buttons no longer functioned. 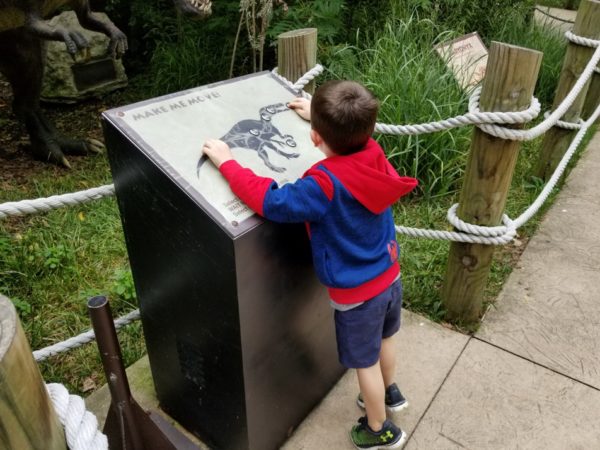 A sand pit towards the end of the trail that let kids dig for buried dinosaur “bones” was my four year old’s favorite part. 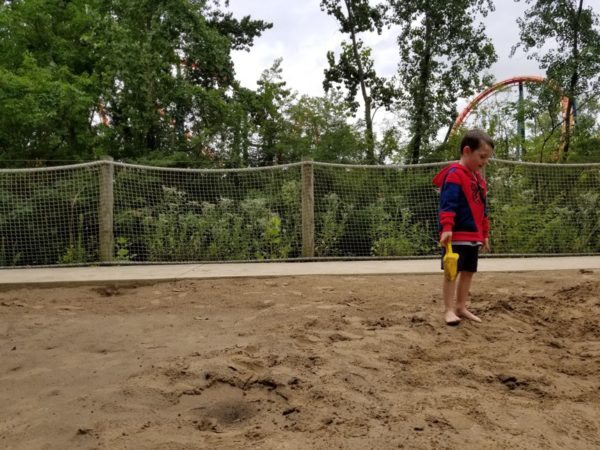 What I was most looking forward to was getting some unique views of Millennium Force and the other attractions from the island. Alas, Millie was down most of the time we were on the island. 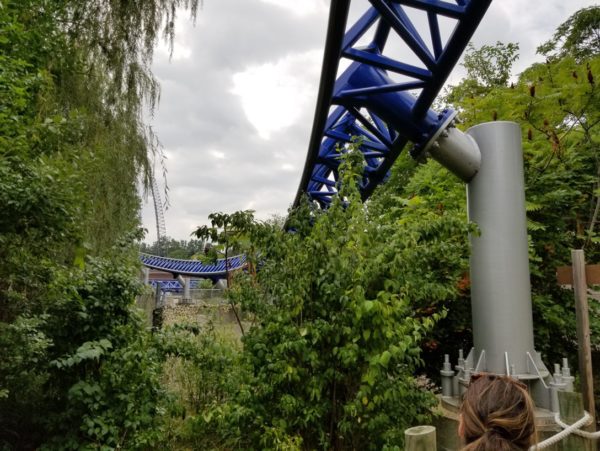 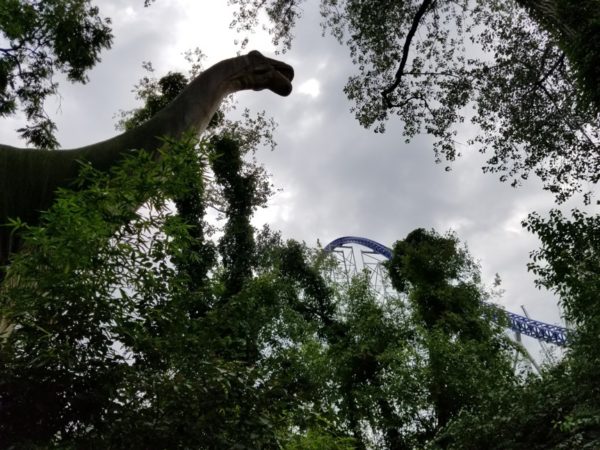 How did it compare to other Cedar Fair park’s Dinosaur Alive attractions? The only other one I’ve been through is the one at Kings Island, which was probably the crown jewel of all the Dinosaurs Alive being the biggest. Kings Island had 60 dinosaurs along a 4,000 foot long trail including what was billed as the largest single animatronic dinosaur out there. While Cedar Point’s was unique because it was on an island, Kings Island’s version was much better. You can read fellow writer Andrew’s opinion on Carowinds Dinosaurs Alive here. 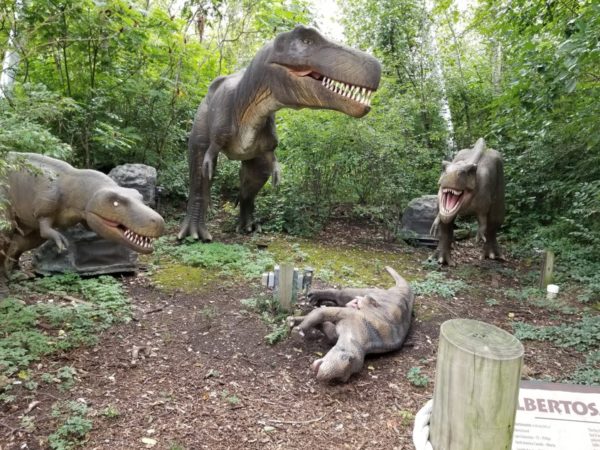 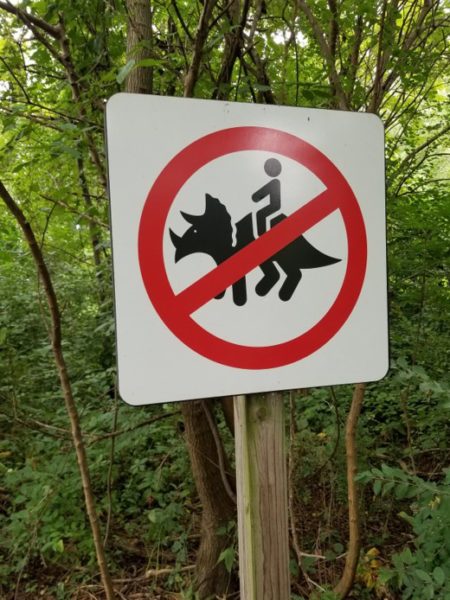 So was it worth the $15 for three of us non-season pass holders to experience it? I would say no, no it was not. I greatly preferred the paddlewheel boat ride over the dinosaurs. With Forbidden Frontier on Adventure Island coming in 2019, I don’t think we’re going to see the return of the Paddlewheel Excursions because they’re still going to need that floating bridge to get people to and from the island. It would be nice at least if they added a bridge on the other side of the island so you could cut through the middle of the park without having to walk all the way around. 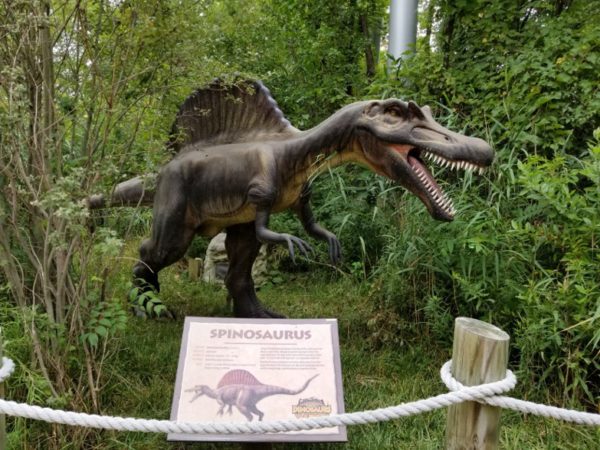 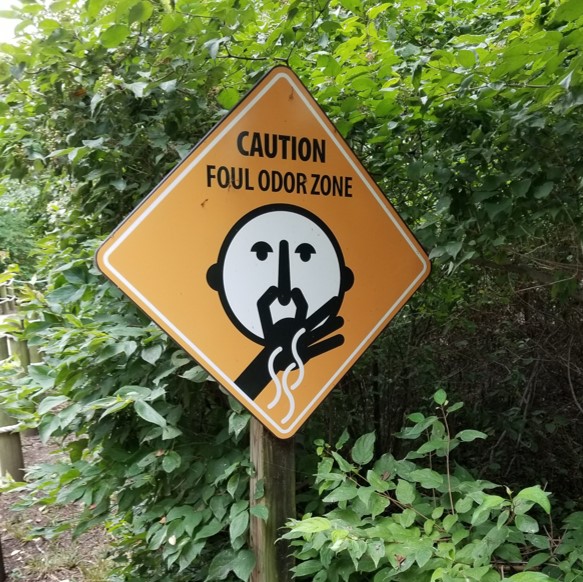 Tip: If you need to get your dinosaur fix in Ohio, I recommend checking out the Dinosaur Island boat ride at the Columbus Zoo or visiting the Dinosaur gallery exhibit at COSI.

Did you ever buy a ticket for Dinosaurs Alive? If so, what did you think? Will you miss this attraction? Was it worth the extra cost to you? Let us know in the comments below.