Six Flags Great Adventure, Six Flags Fiesta Texas, and Six Flags Over Georgia all announced today that they are going to be open new giant pendulum rides in 2019. All three rides will be Zamperla Giant Discovery models, similar to those that have opened at other Six Flags parks recently, but the stats are not exactly the same.

Six Flags Great Adventure is opening Wonder Woman: Lasso of Truth. The name is the same as the Giant Discovery ride at Six Flags Discovery Kingdom, although this model matches the record breaker that was CraZanity at Six Flags Magic Mountain (which opened this year). Great Adventure’s Wonder Woman will be 17 stories tall and send riders at speeds up to 75 mph. The ride will hold 40 riders, and spins as it goes through the pendulum swings.

Six Flags Fiesta Texas is opening a joker themed version of the ride, called “The Joker Wild Card“. Like the version at Six Flags Great Adventure and Magic Mountain, it will also be a 17 story tall ride and swing riders at speeds reaching 75 miles per hour. Park President Jeffrey Siebert. “The Joker Wild Card will be the fastest ride in park history and is the perfect villainous twist to our already spectacular ride lineup in the newly themed DC Universe area.” 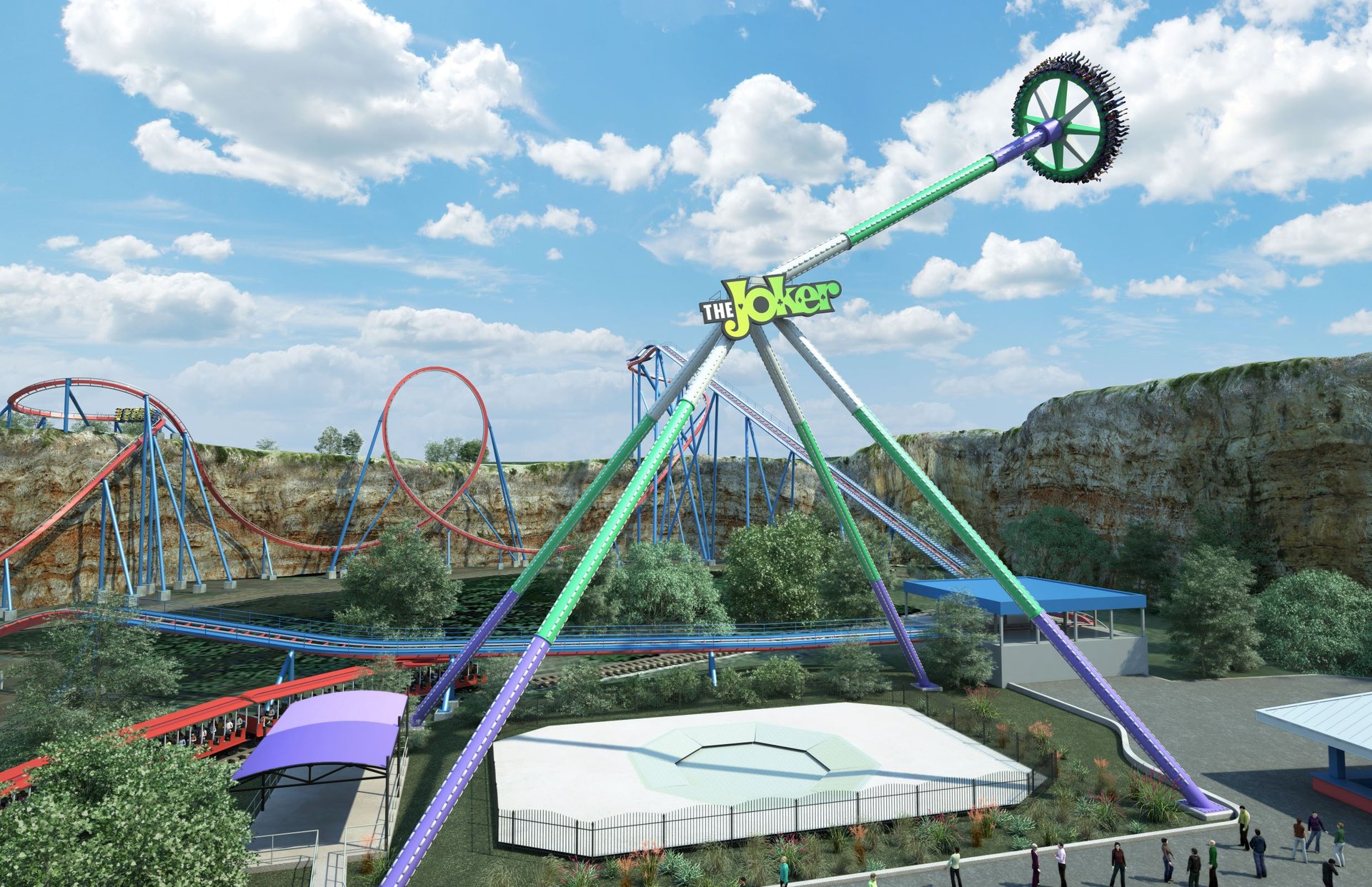 Six Flags Over Georgia’s new ride is called Pandemonium. It is a 15 story model, similar to Wonder Woman: Lasso of Truth at Six Flags Discovery Kingdom. 40 riders will swing at speeds up to 70 mph reaching a 147 foot height. “Pandemonium is the perfect mix of mayhem and adrenaline and the latest addition to Six Flags Over Georgia’s continued investment in new attractions like Twisted Cyclone and JUSTICE LEAGUE: Battle for Metropolis,” Park President Dale Kaetzel said. The area around Pandemonium will become a new themed area at the park, called ScreamPunk (similar to the one at Six Flags Magic Mountain, I’d guess). It will included revamped dining and shopping locations. 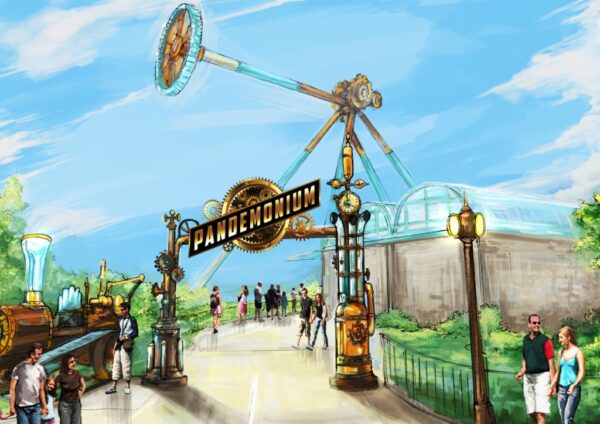 It’s expected that all three rides will include awesome lighting packages like the ones found on the Giant Discoveries currently at Six Flags parks. 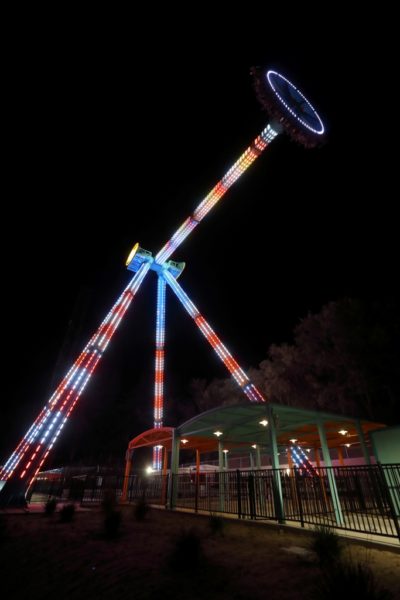 Six Flags Magic Mountain – CraZanity
Photos by Greg Grudt/Mathew Imaging
If these photos will be used on Social Media, please be sure to tag the following: @mathewimaging

You can check out our review of the Wonder Woman Lasso of Truth at Six Flags Discovery Kingdom to get a sense of our thoughts on the Giant Discovery rides.

No specific opening dates have been set for any of the rides, but stay tuned to our Twitter and Facebook pages and we’ll let you know as soon as we learn anything. In the meantime if you want to know more about these specific rides, you can read about Wonder Woman Lasso of Truth at Six Flags Great Adventure here, The Joker Wild Card at Six Flags Fiesta Texas here, and Pandemonium at Six Flags Over Georgia here.

Finally, you can find all of the Six Flags 2019 announcements here, and every piece news and teases on all 2019 projects here.