Darien Lake officially opened Tantrum, a Gerstlauer euro-fighter coaster, on Friday, June 1 — though it had soft opened to guests over the Memorial Day weekend. 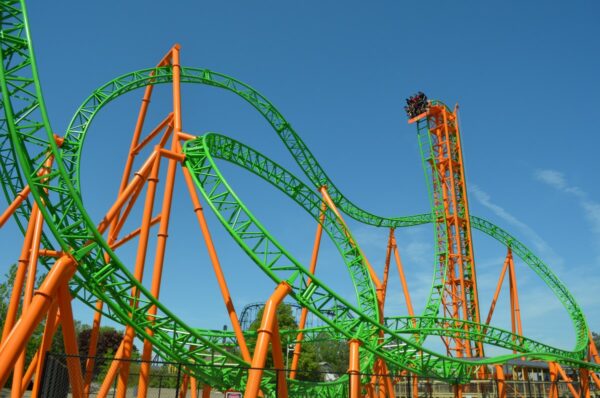 The ride was manufactured by Gerstlauer Amusement Rides and was installed by Ride Entertainment. 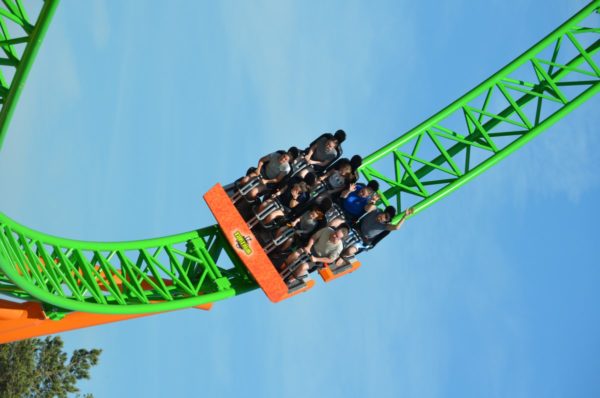 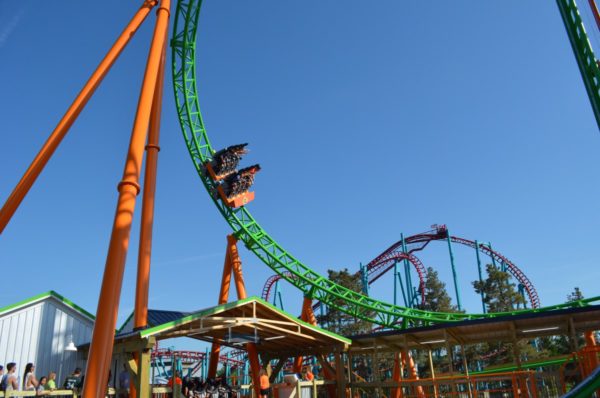 “The orange and green colors the park chose really pop, it stands out among the park’s great coaster collection.” 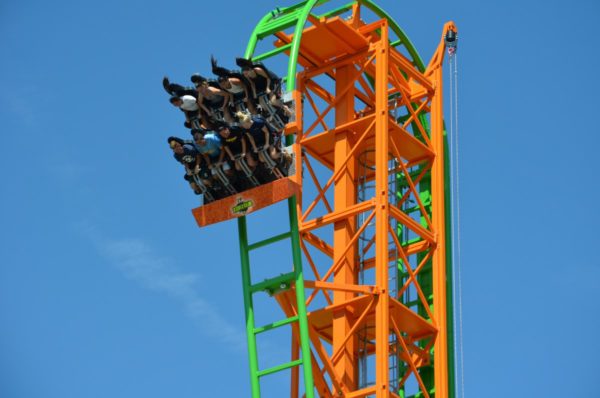 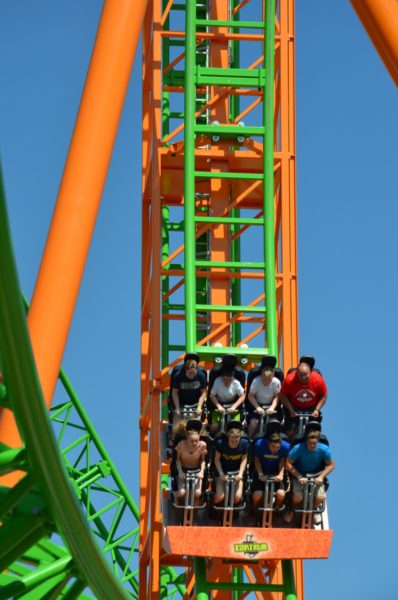 “…the vertical lift and beyond-vertical drop start the ride off with a scream-worthy rush and after that, it is non-stop, back-to-back inversions that make for a fun, intense ride from the time you leave the chain until the magnetic brakes slow you.” 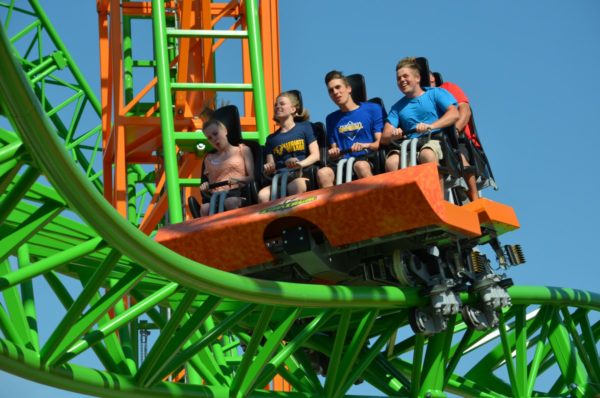 All Images Courtesy of Ride Entertainment

The 8-passenger vehicles feature lap bars and are extremely comfortable and offer the park the flexibility of running one, two or three trains each day.

Ride Entertainment’s Bill Wright said construction was expedited in order to open the coaster by Memorial Day weekend: “We worked hand-in-hand with the Darien team to get the ride up as quickly as possible and get the soft opening done in time for Memorial Day Weekend. A majority of the ride steel went up in only a few days.”

Watch the ride in action as well as an on-ride POV below:

Unrelated to Tantrum, Six Flags recently announced its plans to acquire operating rights of Darien Lake, which from the mid-1990s until 2006 was part of the Six Flags chain.

Have you ridden Tantrum at Darien Lake yet? Share your thoughts about the euro-fighter in the comments section below.