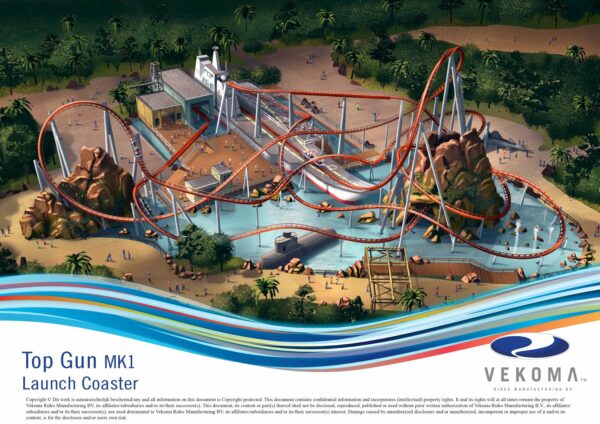 It is the first concept announced by Vekoma since recently being acquired by Sansei Technologies.

Based on the above animation, the coaster train will roll out of the station and make a turn onto the launch track that will propel the coaster. Top Gun will feature two corkscrew/zero-G roll-esque inversions, and what appears to be a non-inverting top hat immediately following the launch. It’s tough to tell based solely on the video if this will be considered an inversion or not. To me, it resembles the “non-inverting loop” on Hollywood, Rip Ride Rockit. 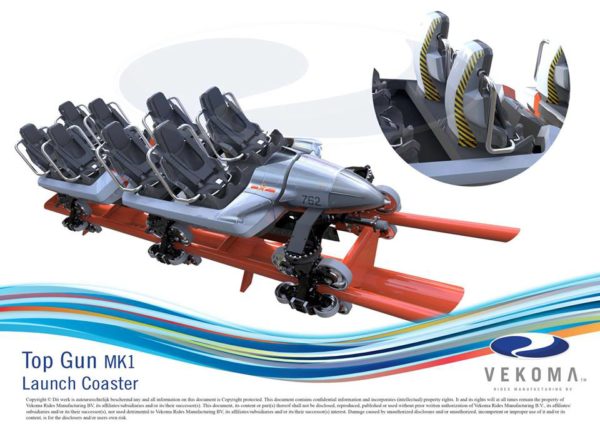 The trains will feature two cars with two rows of two passengers, for a total of eight riders per train. In the concept art, the trains are themed to fighter jets, and the launch track is themed to an aircraft carrier. (Which all ties into the “Top Gun” name. All the art needs is “Highway to the Danger Zone” playing in the background.

Specs like track length, launch speed, and height were unavailable at the time of this posting, but will be updated once we find out more.

Where do you hope the first Vekoma Top Gun goes? Let us know in the comments below!