Taylor Bybee and the creation of Coaster Studios

If you enjoy watching roller coaster related videos on YouTube but get tired of same old boring POV videos then we recommend you check out Coaster Studios. It’s a Youtube channel dedicated to everything roller coasters and amusement parks around the world with new videos released nearly everyday. We recently caught up with Taylor, the creator of Coaster Studios, to learn more about the inspiration that goes into creating the videos. Thanks for taking the time to give us a look behind the lens Taylor! 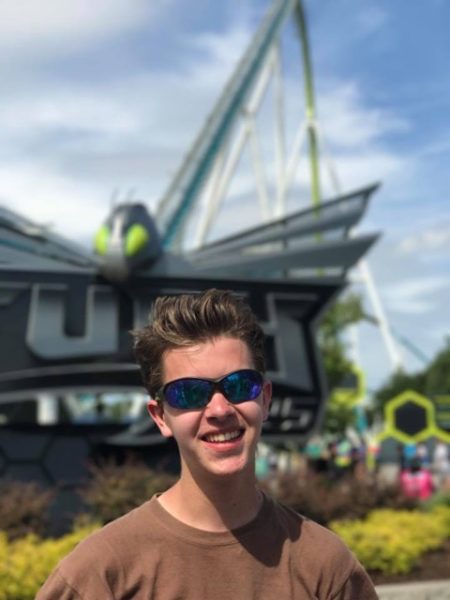 C101: For someone who’s never seen your channel or watched any of your videos, who are you and what do you do?

My name is Taylor Bybee, and I’m a college student studying digital cinema. I have a passion for cinematography, and in 2012, decided to combine it with my other passion, roller coasters and amusement parks. I started a YouTube channel called Coaster Studios, which currently has amassed over 35 million views with close to 70,000 subscribers. I have also published numerous articles to the Huffington Post on various amusement park related topics.

C101: How did Coaster Studios get its start? Where did the idea come from and how did it go from nothing to almost 70,000 subscribers?

When I was in elementary school, I got really bored over the summer, so my mom suggested one day I make a home movie. I found an old camera we had lying around and filmed my family members around the house with little scripts I wrote. The video may not have been very good, but I thought it was fun, so I decided to made another. And another, and another, and another. From that moment on, I’ve always been making videos.

I started my channel when I was a freshman in High School, because I had met a YouTuber I followed who inspired me to start my own. As a 15 year old, I was obsessed with roller coasters, so it made sense that that would be the subject of my new channel. I realized the majority of theme park channels revolved around point of view videos, which to me, seemed boring and not very creative. I felt there was so much more to the amusement industry, so I decided to do something different.

I posted my first video, ‘Dollywood vs. Silver Dollar City’ in January 2013. It was not very good, but the idea had potential. I slowly added more and more segments, which added a little variety to my channel. I credit that to the reason I got the following I have today. I have learned so much over the years (after being essentially self taught until college) that it really is crazy to see how much the content has improved and changed over the years. 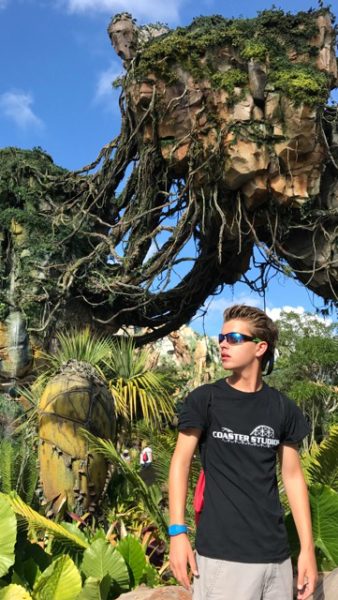 C101: Looks like you’ve posted over 1,000 videos: out of all those do you have a favorite video that you’ve produced?

You know for the most part, after I make and post a video, I never watch it ever again, haha. I’ve gotten used to hearing my voice and all, but it’s still weird to hear myself talk, so I don’t really see a reason to rewatch it. That being said, I do have a favorite. This past October I put out a documentary called ‘Kings Dominion: A Lifetime of Memories.’ It follows people who have been impacted by the park in some way, who share various stories. Those people include Dennis Speigel (the man behind the park and the first GM), former employees, current employees, season passholders, and first time visitors. I spent over a year bringing that project together from start to finish, and couldn’t be more pleased with the turn out. So many small miracles happened in order to make all of that possible, that it’s amazing it even happened in the first place. So I think that’s my favorite just because of how much it means to me.

C101: You said “So many small miracles happened in order to make all of that possible”, are you able to elaborate on any of those or give one as an example?

Probably the biggest one was the interview I was able to get with Dennis Speigel. The only reason that was able to happen at all was cause Dennis and I have a mutual friend, who helped get me in contact with him. Dennis travels a lot, so it would’ve been a miracle to catch him at the right time, and you wouldn’t believe it, but between the 3 days I could be in Ohio (where he is based), he was in town for one of them. And then on top of that, I’m still amazed he even agreed to it! So it really was a cool experience, and I’m very grateful he was so willing to be a part of it. 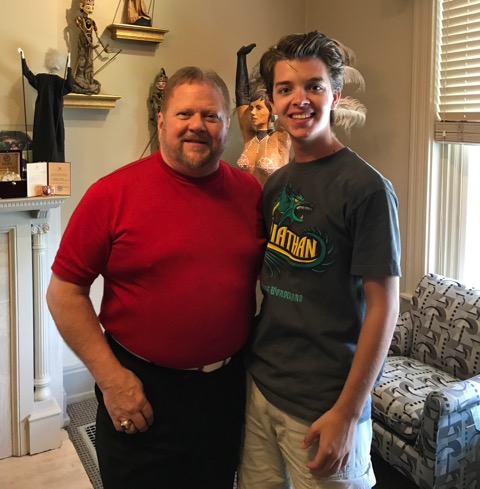 Another small miracle. One of the favorite interviews of KD:ALOM wasn’t planned at all. I was at a park in another part of the country and met a guy who I started talking to, who happened to grow up with KD. He told this really powerful story, and I swear I stopped right where I was standing and thought “I have to interview this guy.” He was willing, and low and behold it became one of the best parts of the whole feature. And it never would’ve happened if I wasn’t at that random park on that random day.

C101: Wow, that’s a cool story. Some of our favorite videos you do are the coaster parodies. Where does the inspiration for the parodies come from? What’s the process like to create those?

Yeah, the parodies, I love making these things. It all started because I just had this weird feeling where I felt something was missing, and that I could be doing more. I asked my viewers if they’d like to see anything new and someone suggested a movie trailer, but for roller coasters. Add in dramatic music, cool shots of the coaster, and dramatically explain what you can expect. So I started writing scripts for a few and some of the lines I wrote were kind of funny, so I decided to just make it a comedic video, as there wasn’t much theme park related comedy in the community at the time. Thus, parodies were born. Lighthearted videos that poke fun at things that are true, but we wish weren’t. The first few started out pretty cringy, but I like to think that they slowly got better over time. Now whenever I have a trip in the works, I think about which coasters I could make fun of, and start jotting down ideas. All in all, from the time I write down that idea to when the video gets released, its about 6 months (but could easily be longer)

C101: What does the future of Coaster Studios look like? Where do you want to take it? And do you have any dream projects (parks or coasters) you want to film?

Ideally, I would continue to learn and grow with my knowledge of film, and apply that knowledge to new content I produce. It’d be great to travel to more parks and film them in ways other channels don’t. I’d also love to make more documentaries like the one I put out for Kings Dominion. I currently have another one in the works that I hope to put out later this year, that I am very excited for.

Looking long term, I think the dream is for parks to hire me to shoot productions for them. I was never really interested in working at a park (I like being able to do my own thing), but if parks contacted me and wanted me to film a project for them, that right there is the dream.

As for a dream project, I’ve always wanted to go to the Emirates. Dubai and Abu Dhabi are growing at a massive rate, which includes rapid theme park expansion. My dream is to one day go there to experience all there is to offer.

C101: I know someone is wondering so I’ve got to ask: what tools (video cameras or software) do you use to credit and edit your videos?

I edit all my videos on Final Cut Pro, but I also have experience in Avid, Vegas, Premiere, and a few other softwares. My gear includes a Sony A6500, a Rode VideoMic Pro, a Canon Vixia HF R800, an AT2020, and a Miracle Sound Lavalier.

C101: What advice would you give to someone looking to start their own YouTube channel?

I always tell people the key is originality. If you have a new and creative idea, and can execute it well, your chances of getting a following increase. You aren’t always going to be successful on your first try. It takes knowledge, practice, and refinement to end up with something special. Looking back, the videos I put out for the first year or two were pretty bad, lol. The best thing that came out of it was that it was a learning experience for me — I had big ideas and had to learn to figure out what worked and what didn’t. One of the things I’ve learned is to never to give up. You’re going to experience challenges and obstacles that are going to be tough to work through, but if you persevere, it’ll all work out in the end.

C101: Finally, we always have to ask, what’s your favorite roller coaster and why? And judging by your videos you’ve been on a lot!

This is a tough one for me, and it’s almost become cliche to say this, but I gotta go with Fury 325. It’s got everything you could ask for in a coaster. El Toro is a close 2nd though! 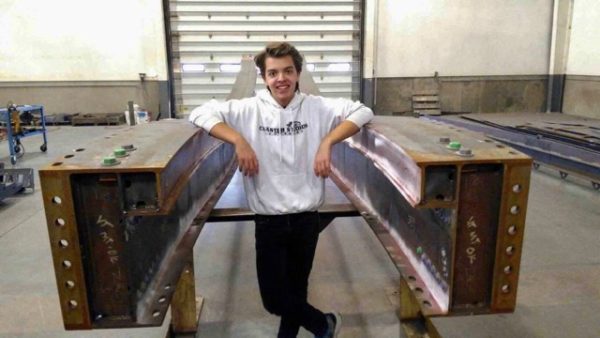 Do you subscribe to Taylor’s channel? What’s your favorite video?