Dollywood has opened for the 2018 season, which means the Dollywood Express train is running up the mountain once again, offering riders unobstructed views of the massive construction site we first reported on last year.

I rode the train on Saturday and was shocked by the amount of work that was done during the park’s relatively short off season. 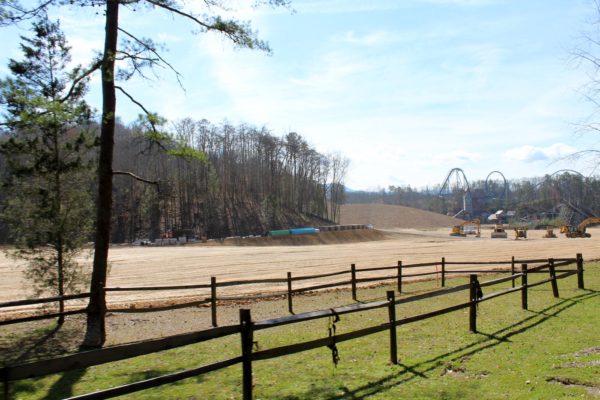 Nearly all of the cleared land we saw last year has been flattened, creating a blank canvas for the park to play with. 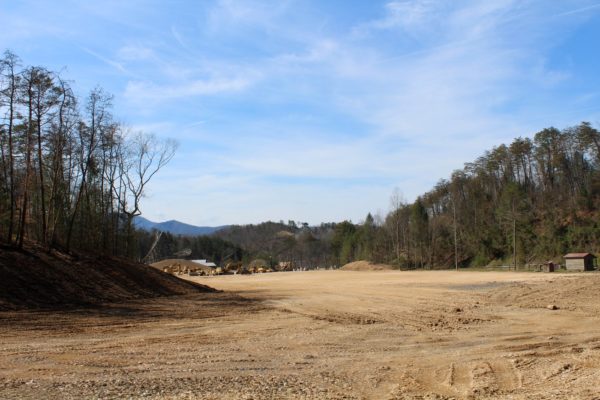 I’d be lying if I said I didn’t miss the (who knows how many) trees. But I have faith in the park that there will be plenty planted in the year to come. 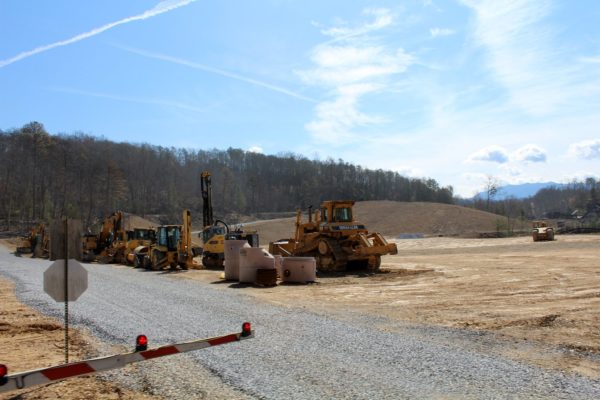 Land-moving equipment is still scattered across the site. 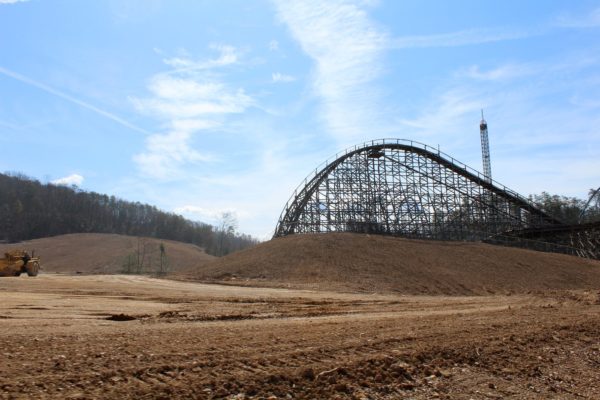 Riding Thunderhead is almost like riding a new roller coaster now that it is nearly surrounded by a sea of dirt. I’m sure it will offer a great view of the new area, though. 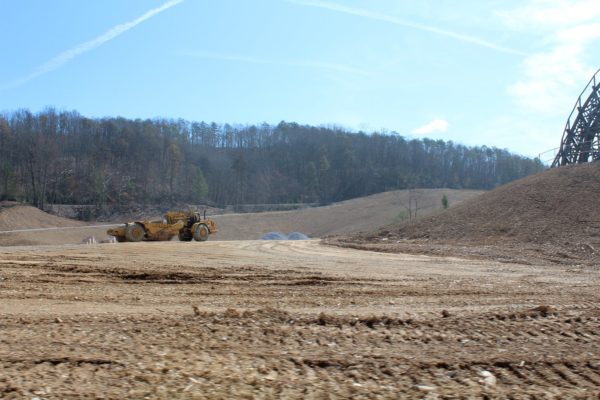 Note that you can see the train tracks all the way across the cleared land. 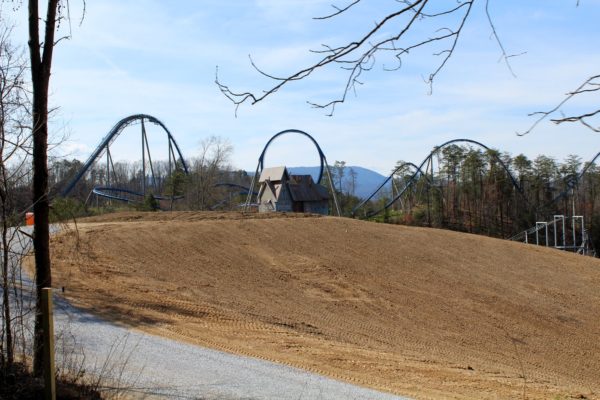 The elevation change puts the rides into strange perspectives. From here, Mystery Mine looks like nothing but a small shack. And Wild Eagle doesn’t appear as dauntingly tall. 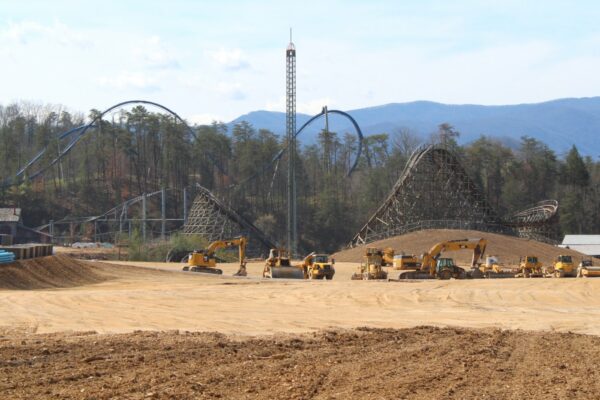 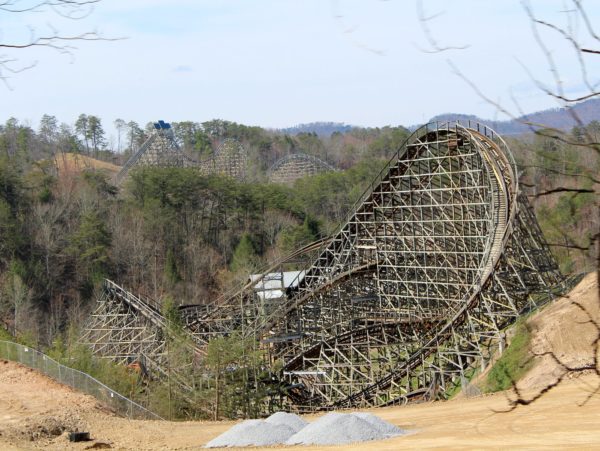 Head to the park while you can, because I doubt this view of the park’s two wooden coasters will be visible next year. 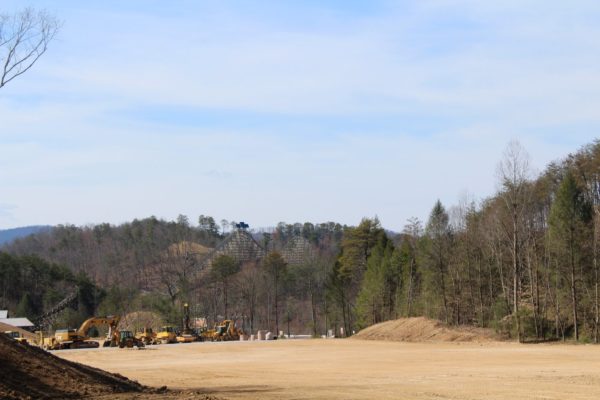 The 2019 expansion is allegedly going to occupy five acres. My acre-eyeballing skills are nearly nonexistent, but — if I had to guess — I’d say they’ve cleared more than five acres. Because you know there will be more to come in the years that follow 2019.

Before we dive into the second half of this update, you can get a (very rough) idea of the entire site in the graphic below: 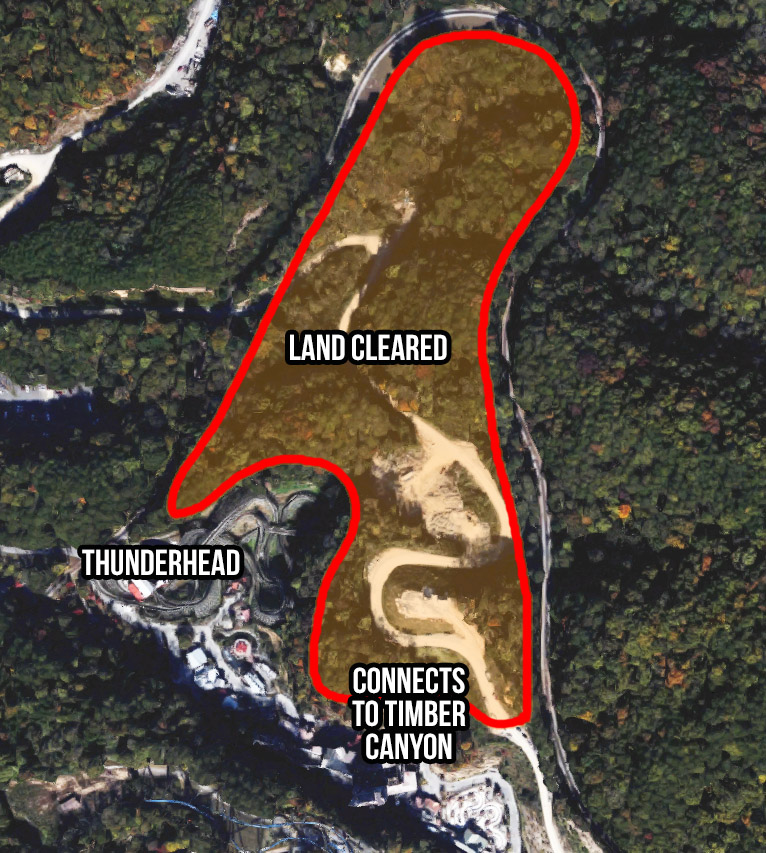 Notice the bottom of the graphic: the Timber Canyon connection.

You won’t need a ride on the train to see this part of the construction site. Just head over to Mystery Mine (the queue specifically provides excellent views). 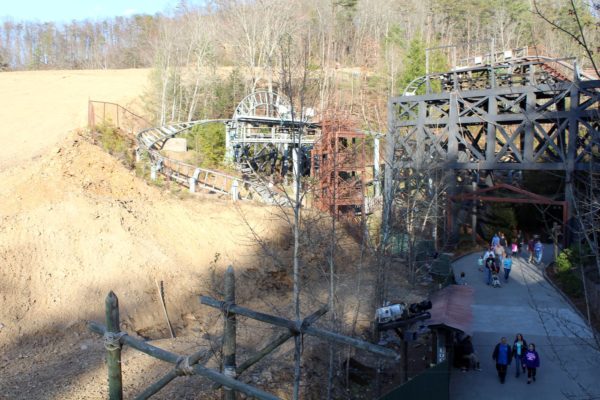 While we won’t know for sure until the park unveils its 2019 plans, I’m guessing that the new area will connect to Timber Canyon near the Mystery Mine trestle, as seen above. 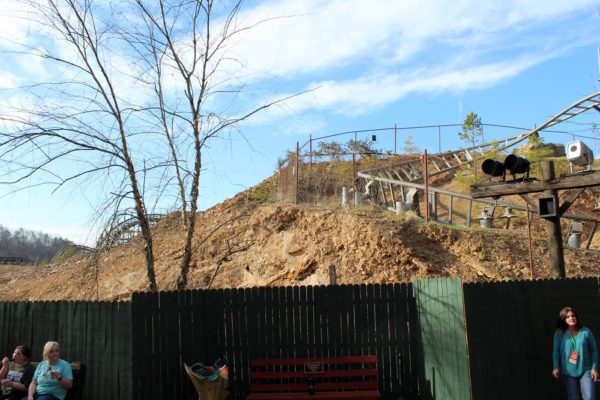 Take a peek over this fence to see… 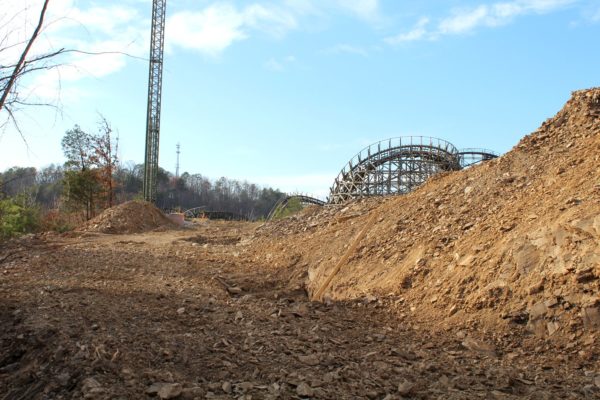 …a smooth ascent toward the flattened land. Sure, it will be a hike, but what’s a day at Dollywood without a bit of cardio? 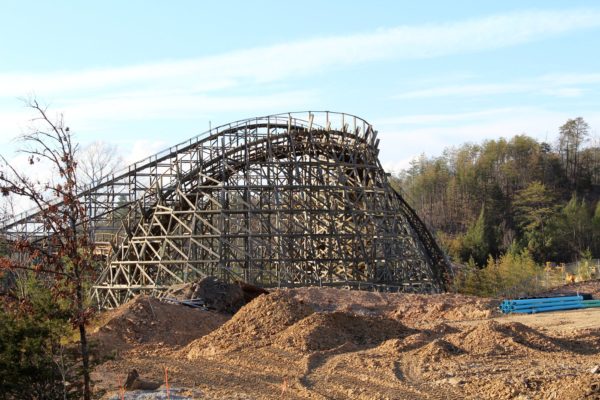 Walking up to the new area, you’ll be greeted by Thunderhead’s first drop and turnaround. 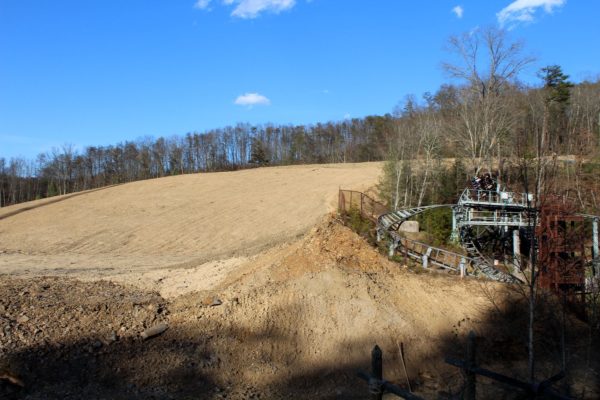 You can see the vast amount of cleared land available at the top of this incline. And this is only half of it. 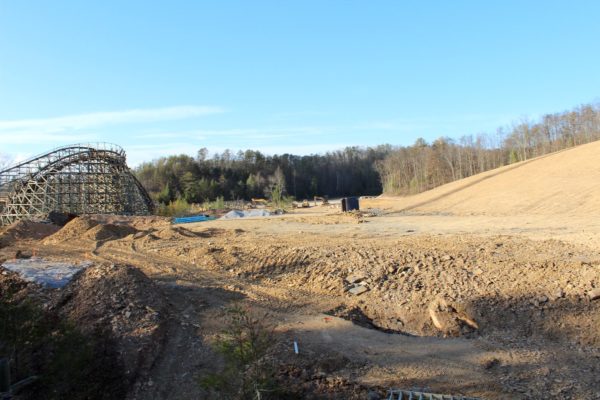 Photos really do all of this work no justice. So go see it for yourself: use the promo code “DWINSIDERS11” for $5 off general admission when you buy tickets online at Dollywood.com!

Stay tuned for more updates and hopefully an announcement from the park.