This summer, Universal Studios Hollywood will debut DreamWorks Theatre along with the new Kung Fu Panda: The Emperor’s Quest attraction inside. 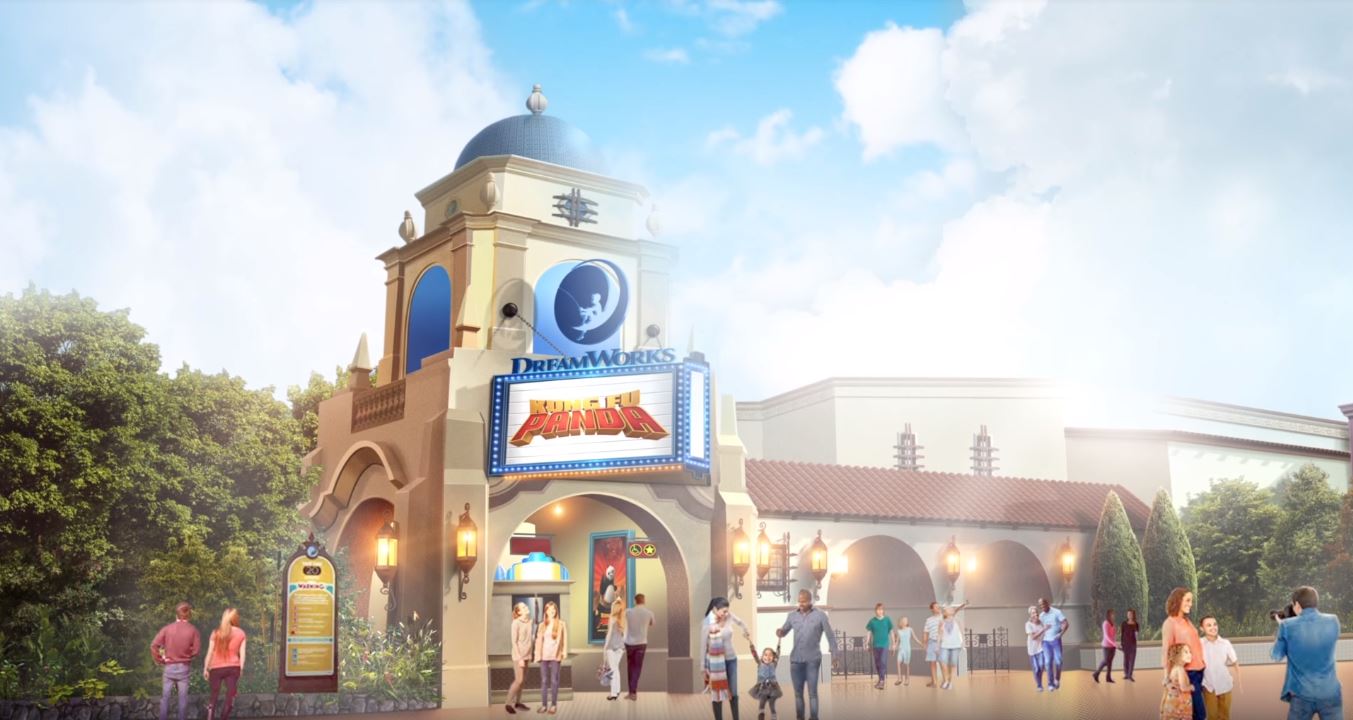 Kung Fu Panda: The Emperor’s Quest follows dragon warrior (and panda) Po as he embarks on a mission to deliver the rare and precious Liquid of Limitless Power to the palace. He enlists guests to join him on the exciting adventure. Universal acquired DreamWorks Animation in 2016, allowing for the studios’ iconic films to be easily integrated into the park’s attraction lineup.

The attraction will introduce the first-ever indoors projection mapping designed to engulf guests in 180 degrees of immersive adventure.

Developed by Universal Creative, the interior projection mapping will depict a series of immersive and visually dynamic scenic designs that will transform the interior space and enhance the story.

The theatre is equipped with seven 4K-resolution projectors and 360-degree surround sound audio. Physical effects such as water and wind will further immerse guests in the Kung Fu Panda universe. Guests will enjoy comfortable, fully articulated seats that pivot and swivel in tandem with the 180-degree action.

The newly constructed theatre building was inspired by Mission revival architecture and honors the Golden Age of Hollywood’s Art Deco period of the 1920s, including a box office ticket seller booth staffed by a three-dimensional Pinocchio character asleep on the job. 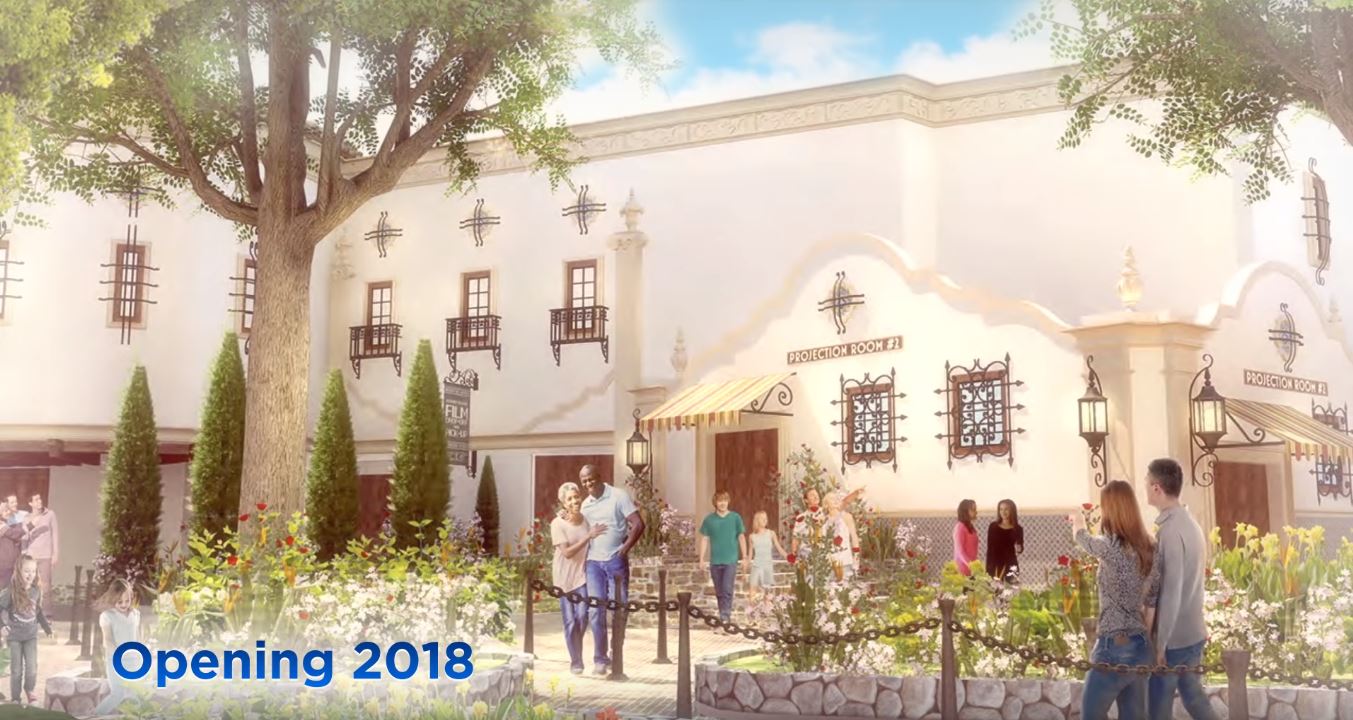 As guests pass the ticket booth and stroll through the flourishing outdoor garden and into the theatre queue, they will see 36 movie posters from DreamWorks Animation films. Within the lobby, a collection of original sculpted maquettes of the “Kung Fu Panda: The Emperor’s Quest” characters will also be on display. 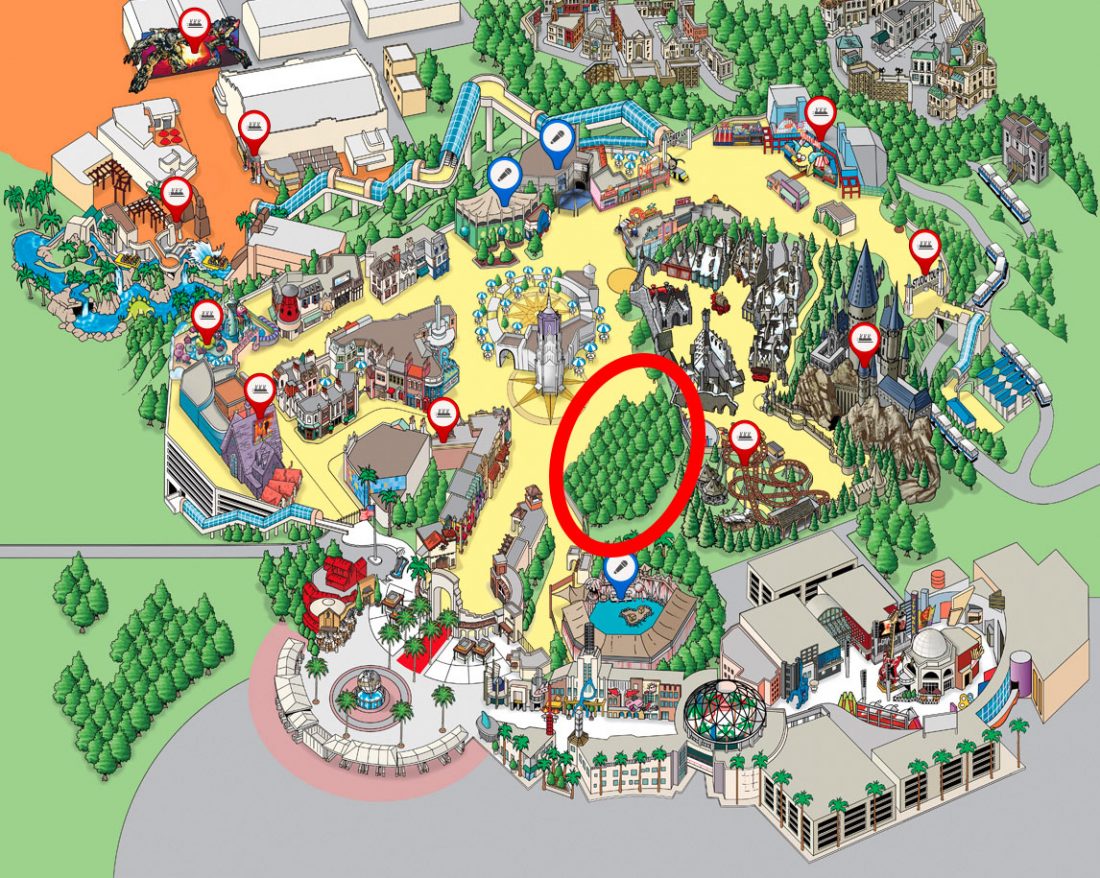 As circled in red above, the theatre will be located in the “Upper Lot” section of the park near Universal Plaza.

What do you think about the newest addition to Universal Studios Hollywood? Share your thoughts in the comments section below.