White Cyclone at Nagashima Spa Land in Japan ran it’s last train earlier this week, closing for what the park referred to as a “renewal”. The ride is going to be converted into a hybrid wood/steel coaster by Rocky Mountain Construction, using their IBox track system, expected to open in 2019. That gives RMC over a full year to convert the massive coaster, which is probably a good thing based on the amount of track it’s going to take. 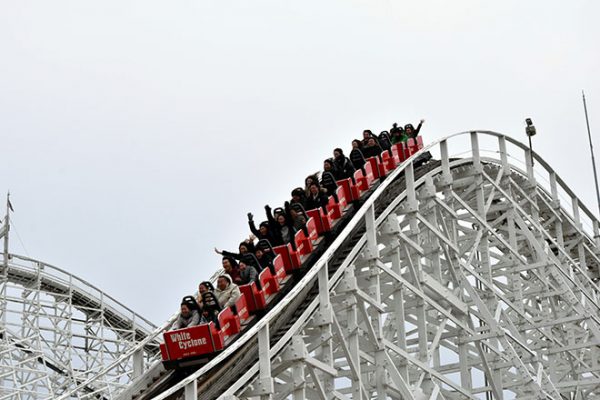 White Cylone at Nagashima Spa Land has closed to get ready for its RMC conversion (Yuko Kobayashi, www.asahi.com)

White Cyclone opened at Nagashima Spa Land in 1994, constructed by Intamin. When it opened, it was actually just the third ever wooden coaster built Japan. At the time of its closing this week, it remained the third longest wooden rollercoaster in the world at 5,755 feet, the longest outside of the United States. Additionally, at 139 feet high it was the seventh tallest wooden coaster in the world, the fourth tallest outside the US. 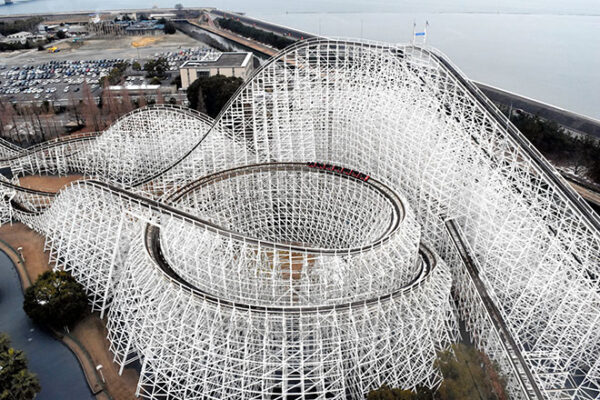 White Cylone was one of the longest and tallest coasters in the world. (Yuko Kobayashi, www.Asahi.com)

With the closure Japan is now left with just three operating wooden coasters. However, it also means that RMC is going to be building their first IBox track outside of North America, and the first coaster designed by them in Asia. That’s of course great news for Rocky Mountain Construction, as it should help open up a huge new market, and great for coaster fans in Japan who will be getting what is sure to be another great RMC coaster relatively close by. 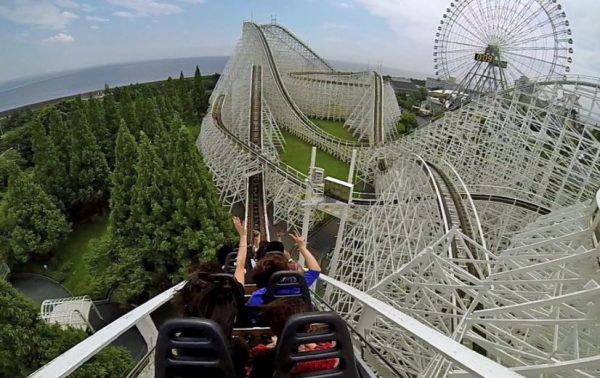 It will be interesting how much long the RMC version of the ride will be, and if it will rival Steel Vengeance in length and height (RCDB.com, Ric Turner)

Of course, it’s too early to know much about it, but I’ll be really curious to see how the as yet unnamed coaster will compare to Steel Vengeance, the converted Mean Streak hybrid opening at Cedar Point this year. Steel Vengeance’s stats aren’t too far off those of the closed White Cyclone, so it seems very possible White Cyclone’s RMC length and height could be comparable. We’ll be keeping our eye on this project (along with all the other 2019 rides that should start trickling out this year). In the meantime, and without knowing any more about it, would you make a trip to Japan to take a ride on one of the tallest and longest Rocky Mountain Construction Hybrids in the world?