For more than 30 years, the family-owned Sub Sea Systems has been a world leader in innovative products and underwater experiences for the marine tourism industry. Last month, at the IAAPA Expo in Orlando, Florida, Sub Sea unveiled their newest product, Aquaticar™. After seeing an animation of the new concept, I knew I had to learn more about the world’s first underwater driving experience.

In 1985, Sub Sea Systems got their start manufacturing Submarines and Semi-Subs (half-sub below water, half-boat above water), and that was their entry into the marine tourism industry.  Founder and President Jim Mayfield always had a passion for getting people underwater and being underwater himself. Mayfield and his business partners co-developed Snuba®, the shallow water diving system that combines snorkeling and scuba diving. 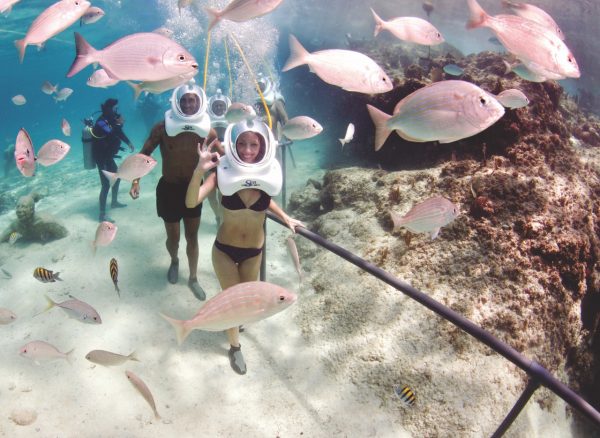 The limiting aspect of Snuba was that you needed to know how to swim in order to use the product. In 1999, Sub Sea Systems introduced the Sea Trek® diving helmet, which gave even non-swimmers the ability to explore underwater. The program is designed for multi-generations of guests with no previous experience, to easily and safely explore the sea floor (or an aquarium) on an expertly guided walking tour. 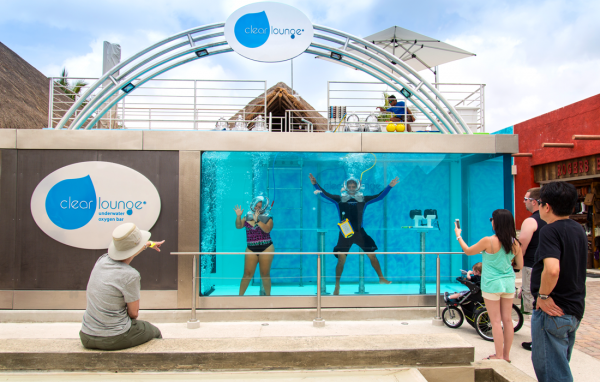 Their latest product, Aquaticar™, is a result of taking all of Sub Sea Systems’ experience in the industry and coming up with a completely new experience and another way to get people underwater. 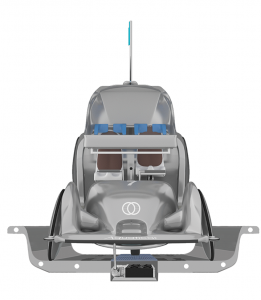 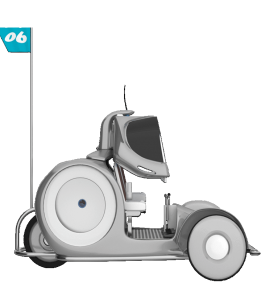 The submersible Aquaticar features seating for two guests, side-by-side, shoulder-to-shoulder. Each seat is adjustable so that both riders’ shoulders are at the same height under a “breathing canopy,” that not only provides a continued supply of air to breathe, but also keeps guests dry from the chest up. This is accomplished using positive air pressure.

“It’s similar to using a cup, if you turned it upside down and put it underwater, that air bubble is going to remain in the cup, unless you turn it to the side and release the air,” said Sub Sea Vice President of Marketing Hannah de Bie. “Likewise, air is going to remain inside the breathing canopy. Additionally, we’re continually supplying positive pressure by introducing fresh air into the canopy; that ensures that the water level will stay right at about mid-chest.”

The Aquaticar is powered by a “Bubble Engine™” that guides the vehicles along a pre-existing track, approximately 9′ underwater. 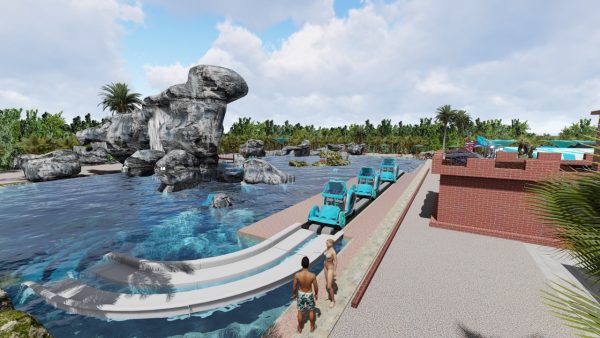 “The best way to describe the track would be like a slot car track,” de Bie told us. “You have different segments that can make up different layouts with curves, turns and straightaways.”

The track works in conjunction with the cars. As the car travels along the track, it triggers a mechanical air register, which releases air from beneath the track, underneath the car. The car is collecting the air. The air in the register serves two functions. Some of it goes to the Bubble Engine, and some of it goes to replenish air in the breathing canopy. 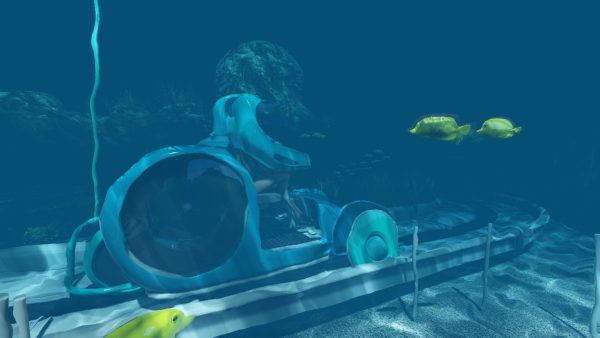 Air that gets funneled to the Bubble Engine works similar to a paddle wheel, in reverse. The uplift force of the air bubbles turn the wheel, and that’s what powers the car forward onto the next air register, where it collects more air and the process continues until the end of the attraction. The air is replenished by a series of air lines under the whole length of the track, which is powered by an air compressor in the attraction’s equipment room.

“The air compressor gives the operator a lot of control,” said de Bie, “You can either increase or decrease the airflow, which in turn would make the vehicle travel faster or slower, and shorten or lengthen the ride time underwater.” 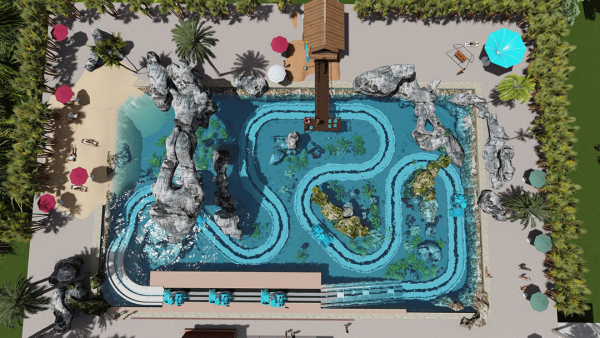 How fast will the Aquaticar travel?

“We compare it to about ‘walking speed’ underwater,” de Bie said. “Most people haven’t been fully immersed underwater, and when you’re in that environment, it’s about 800 times denser than air. You’ll really feel the water moving past you while you’re in the ride vehicle.”

“An Underwater Experience in a High-Volume Park Environment.”

Sub Sea Systems is known for what de Bie referred to as “low volume throughput” attractions like the Sea Trek diving helmets and Clear Lounge, where they can only process a limited number of guests per hour. However, in a theme park or water park setting, where there are higher quantities of guests, Aquaticar will allow Sub Sea Systems to bring an underwater experience to a high-volume park environment. The theoretical capacity for the Aquaticar system is between 400-500 riders an hour. 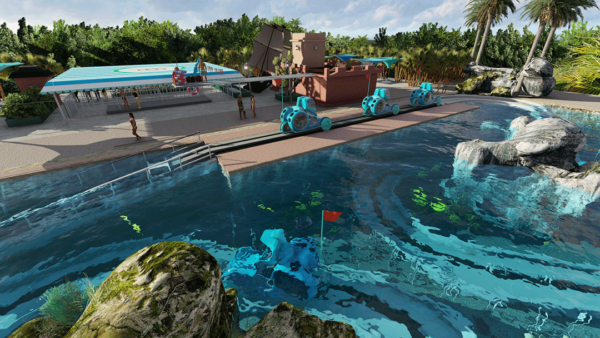 “Our company will provide the equipment – the track, the cars, the compressor system,” de Bie said. “What the client will provide is the underwater experience; all of the theming and the individual story they want to tell.”

Though Sub Sea Systems is most familiar with a coral reef setting due to their history, de Bie stressed that it would be up to the respective sites where Aquaticar attractions are located to determine their own theme and story. 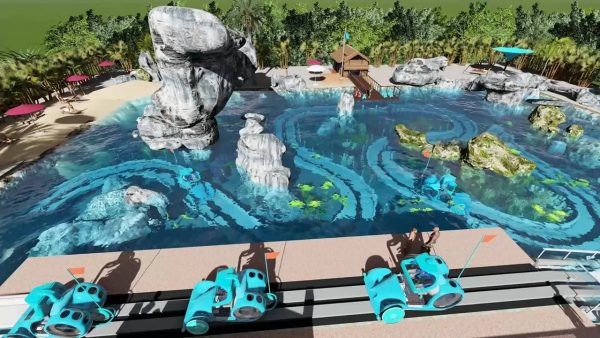 “I think a coral reef environment where you actually have fish, turtles and rays swimming around you would be really cool,” she said. “We’ve talked about doing a ‘Lunar Rover’ or ‘Mars’ type experience, where you’re driving a ‘rover’ over terrain and seeing different sights and what it might feel like on a different planet. We’ve also talked about a Steampunk theme with machinations and gears that move with the air. It’s really as broad as the imagination, and that’s where the client comes in.”

2017 marked Sub Sea Systems’ first time exhibiting at the IAAPA Expo in several years, and they didn’t really know what to expect debuting the Aquaticar. The company was thrilled with the positive feedback. 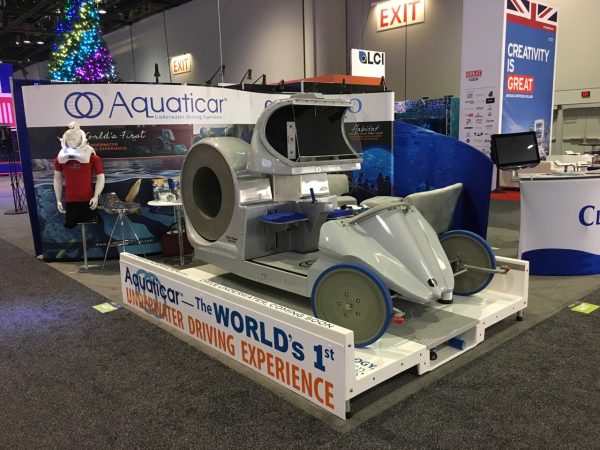 “With such a new, unfamiliar product, a lot of people thought it was a VR Experience,” de Bie told us. “They didn’t really understand that ‘no, this is real life, you really do go underwater.’ It was fun to see people’s reactions when you told them that.”

“For us, we were really excited and proud to receive the 2nd Place Brass Ring Award for the best new ride concept at IAAPA,” she continued. “That was a big achievement and really solidified what we are developing and creating. It helped give us a boost to know that the product was well received and people are seeing our vision.” 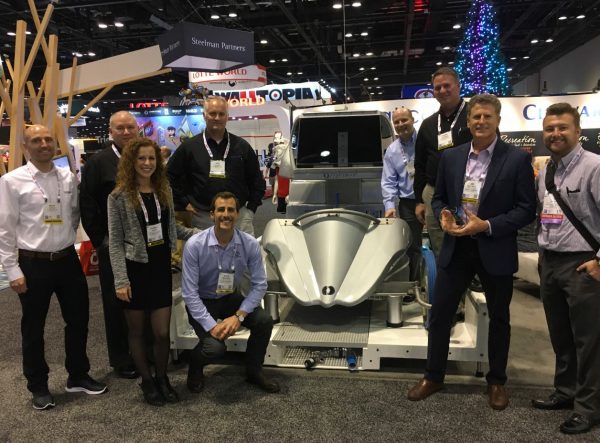 The buzz was so strong, that multiple parks are interested in debuting the Aquaticar at their facility.

“We did have significant interest at IAAPA, and we’re working with a lot of people who are vying to be the first,” de Bie said. “So, while we can’t tell you where the first Aquaticar will be located, we’re working on it. Hopefully we’ll be ready to share soon!”

As for what’s next for Sub Sea Systems?

“Right now, we’re focused on getting the first Aquaticar operation up and running,” de Bie told us. “But, Jim Mayfield, the president of Sub Sea Systems and also my father, never sleeps, because he’s always thinking of the next new and exciting thing. We’ll have to see what comes out of his mind next!”