Six Flags announced today that two of its parks would be adding pendulum attractions, including the world’s largest at Six Flags Magic Mountain. 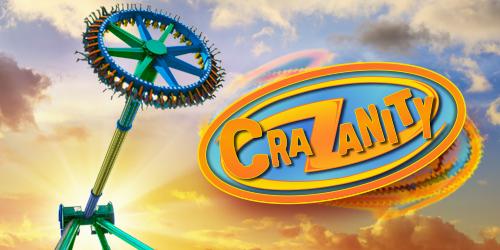 At a record-breaking 17 stories in the air, CraZanity, manufactured by Zamperla, will reach speeds up to 75-miles-per-hour, as it whips back and forth—higher and higher to give riders a staggering view of the world below them. 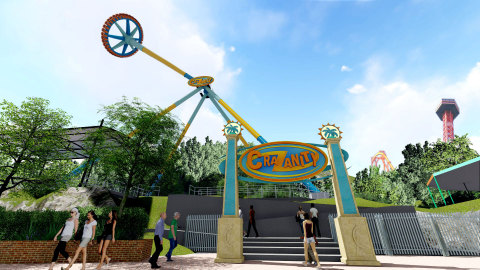 “Known world-wide for having the best thrills bar none, combined with a strong and expanding global Six Flags brand, there is no better time to enter the destination market. The addition of 100 days not only greatly expands our travel industry opportunities, but also allows us to further leverage the vast population of 24-million Southern California residents and our valued Season Pass Holder base who recognize that Six Flags Magic Mountain is hands down the place for thrills,” said Park President Bonnie Sherman. “The new CraZanity is a mash-up of craziness and insane fun, an experience different from anything else we have in our unparalleled thrill ride arsenal. We are delighted to introduce what will be the centerpiece of a newly-themed, quintessential So Cal Beach Boardwalk area, and another world-record attraction.” 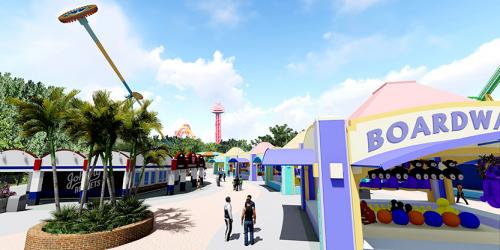 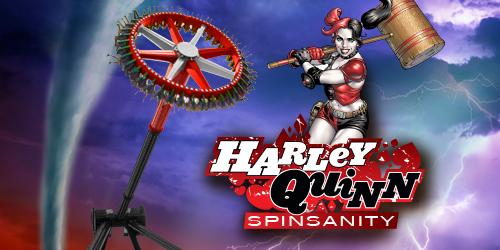 Over on the East Coast, Six Flags New England is adding its own Frisbee attraction with the addition of Harley Quinn Spinsanity.

Harley Quinn Spinsanity is an extreme pendulum ride that will swing guests back and forth, higher and higher, at up to 70 miles per hour on a dizzying journey that will leave riders feeling as wild and out of control as Harley Quinn herself. 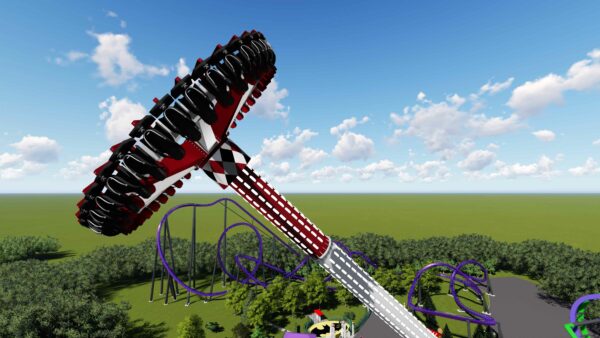 Based on the ride description, Harley Quinn Spinsanity appears to be a Zamperla Giant Discovery, similar to those that opened at Six Flags Discovery Kingdom and La Ronde last year.

“Innovation is part of the Six Flags DNA and we deliver new, groundbreaking attractions every season at Six Flags New England,” said Park President John Winkler. “Harley Quinn is an iconic female super-villain from the infamous Suicide Squad and we are excited to add this action-packed thrill ride with her name next to Joker, Batman and Superman in our extremely popular line-up of DC branded attractions.” 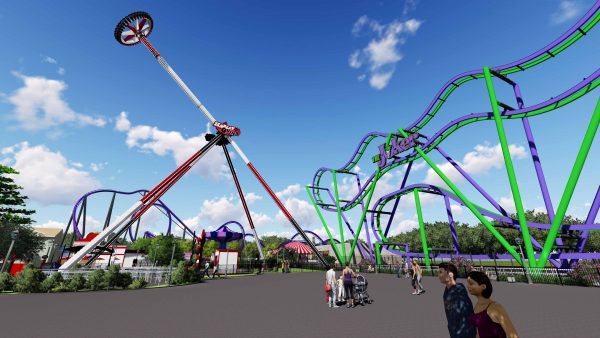 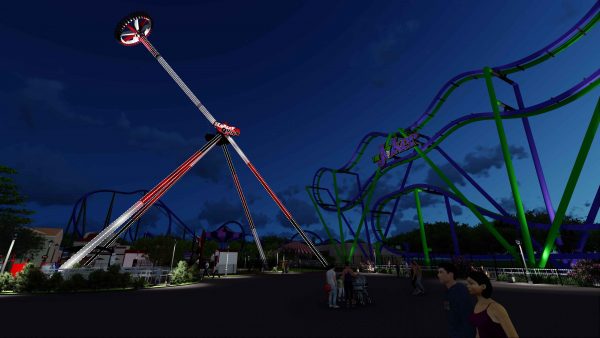 It will be located near the park’s newest attraction, The Joker 4D Free Fly Coaster, which opened earlier this year.

Are you ready for the Giant Discoveries at Six Flags Magic Mountain and Six Flags New England? Be sure to visit the park’s websites for more information!