Last night Knott’s Berry Farm revealed what may have been the best kept secret among the 2018 Cedar Fair coasters (not a high bar), “HangTime”, a Gerstlauer Infinity coaster. HangTime will be the first dive coaster on the West Coast, and the first new roller coaster at Knott’s since Coast Rider opened in 2013. The ride will roughly take the spot of Boomerang, which was removed this Spring. Although we knew the ride theme for the most part (tying into the Boardwalk section of the park it’s in), we weren’t sure exactly what it would be, and this is an exciting surprise! 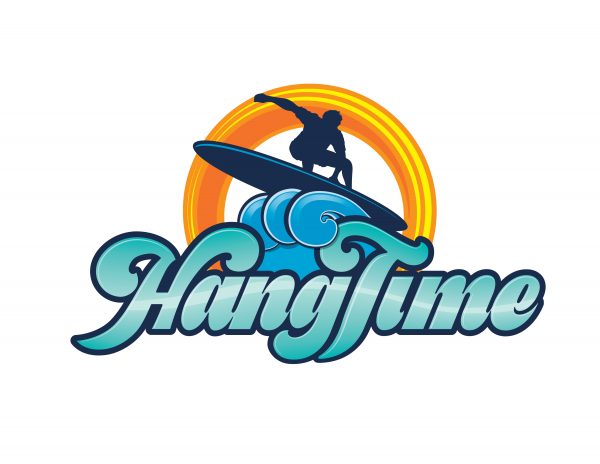 HangTime will feature a vertical lift hill that then goes into a 96 degree drop, steeper than vertical. That will be the steepest drop in all of California. The ride will rise up to 15 stories over the boardwalk area, making it the second tallest coaster at Knott’s Berry Farm after Xcelerator. As the ride crests that peak it will halt, and “hang” the riders for two seconds at a 60 degree angle, where the steeper than vertical track is not visible from the train. 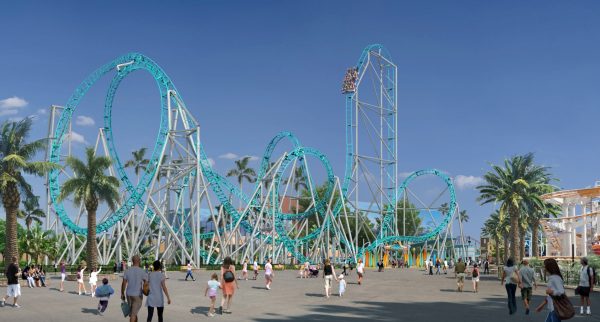 Steeper than vertical drop and five inversions, HangTime will be a completely unique ride to the West Coast.

After the drop, the ride will race through 2,198 feet of track hitting a max velocity of 57 mph. Riders will be sent through five inversions, including what will be only the negative-G stall loop in the Western hemisphere. HangTime will also be the only the second Infinity Coaster installed in the US, after Monster at Adventureland opened in 2016. It will be slightly taller than Monster, although will have a slightly less steep drop. The trains themselves will be 4 x 4 for 16 riders each, and the plan is to use three train operation.

“HangTime’s disappearing track creates a memorable illusion of the unknown as riders feel like they are hanging over a cliff, staring at the ground in nervous anticipation,” said Jon Storbeck, vice president and general manager, Knott’s Berry Farm. “People who crave that adrenaline rush will want to ride this coaster again and again.”

HangTime Lighting for All Seasons

One of the best features of The Monster, as noted in our review linked above, is the amazing track mounted lighting package that it has. Well, it sounds like HangTime will be going a similar route. From the press release, the park announced “HangTime’s ride structure itself will come to life and illuminate the Boardwalk area with colorful nighttime track chase lighting that will accompany the coaster train’s travels across the smooth steel track.”

Even better, our friends at Park Journey (@Park_Journey) reported the lighting will change with the seasons (like for Scary Farm or Merry Farm). The new lighting package should help do a great job reinvigorating the whole Boardwalk area of the park

Our friends (and clients) KCL Engineering are doing the led's. If you thought the Monster looked great you'll love Hangtime at night. 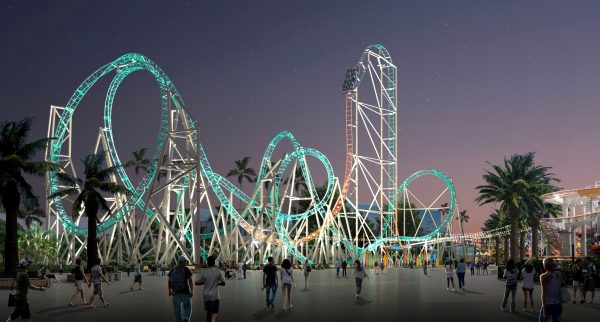 The lighting package on HangTime will change for the seasons, adding an extra bit of excitement to the whole Boardwalk section of the park!

Knott’s announced that HangTime is scheduled to open in summer 2018. For more info about Knott’s and HangTime, check out their official page for the new ride here, and if you’re interested you can see a replay of the Knott’s announcement on their Facebook page here. Make sure to follow Coaster101 on Facebook and Twitter for more info on HangTime throughout the year, and check out our reports on some of the other major coaster announcements revealed today! And of course, let us know in the comments below your thoughts on HangTime! Excited, surprised, confused? Let us know (we’ll also do our best to answer any questions about it)!