For several weeks, Hersheypark has been teasing a new addition to the park’s Boardwalk area, and today, we found out that they would be receiving not one, but TWO new attractions at the Boardwalk; Breakers Edge Water Coaster and Whitecap Racer. These are the biggest announcements for the Boardwalk area since it opened in 2007, Hersheypark’s 100th season. 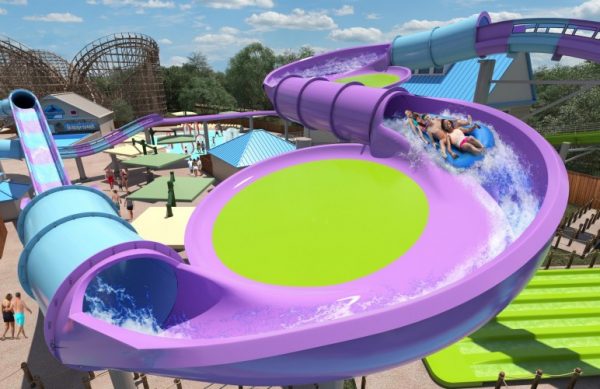 Breaker’s Edge Water Coaster is being billed as Hersheypark’s 14th Coaster. According to the park, the water coaster smoothly rockets riders through splash-filled hills, tight turns, and sweet thrills that are perfect for the whole family. Featuring 4-person in-line rafts, Breaker’s Edge is the first hydromagnetic coaster to feature flying saucer turns. This water coaster has an estimated hourly ride capacity of 600 guests and a ride time of about one minute.

Check out the video of Breaker’s Edge below! 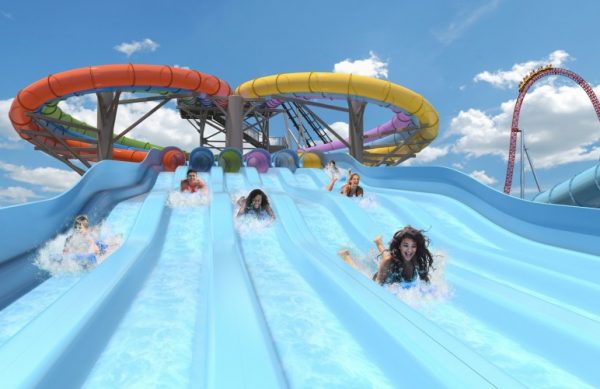 Whitecap Racer will be the longest mat-racing slide at any park in the world. The six-lane racing slide is the first to feature two sets of 360-degree turns, and start at a height of 70′ tall. The slide features both open and tunnel elements, and riders will be able to compare their times to people they’re racing against.

Check out the video of Whitecap Racer below!

“We are very excited to announce not one, but two new attractions for 2018 to The Boardwalk At Hersheypark,” said Kevin Stumpf, General Manager Attractions & Entertainment of Hershey Entertainment & Resorts. “Our guests always ask for coasters, water and family experiences…these attractions will deliver on all three.” 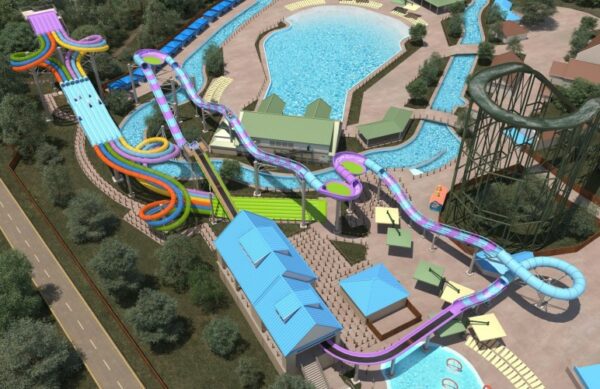 Construction will begin shortly after Labor Day 2017, and both attractions are being manufactured by ProSlide Technology. They are scheduled to open during Memorial Day Weekend 2018. Both rides are family-friendly and have a height requirement of 42″ tall to slide. The new attractions will be located between Shoreline Sprayground attraction and Intercoastal Waterway lazy river at the Hersheypark Boardwalk.

Are you heading to Hersheypark in 2018 to experience these two new water attractions? Let us know in the comments below!