They’re Rollin’ in Like Thunder. That’s the caption in the latest Cedar Point Mean Streak teaser video released by the park. Check out the 19 second long drone footage of RMC Mean Streak below:

I finally got to see the old/new roller coaster under construction in person and boy is it impressive! I thought I would share our construction pictures by walking you through the new Mean Streak layout and order of all the elements built so far. 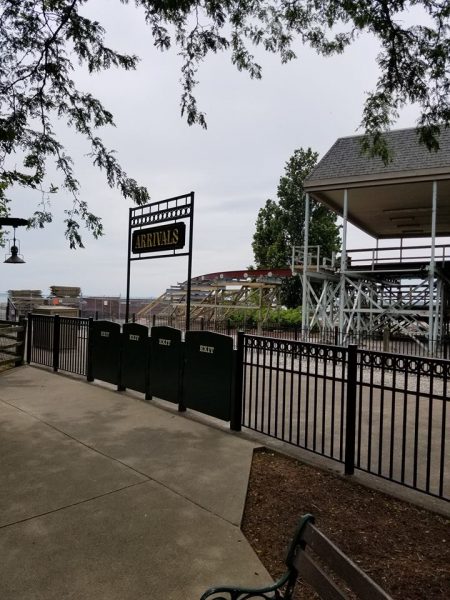 4. Lift hill. My guess is a traditional chain lift somewhere between 200 and 220 feet tall.

5. First drop, guessing between a 80 and 90 degree angle of descent. 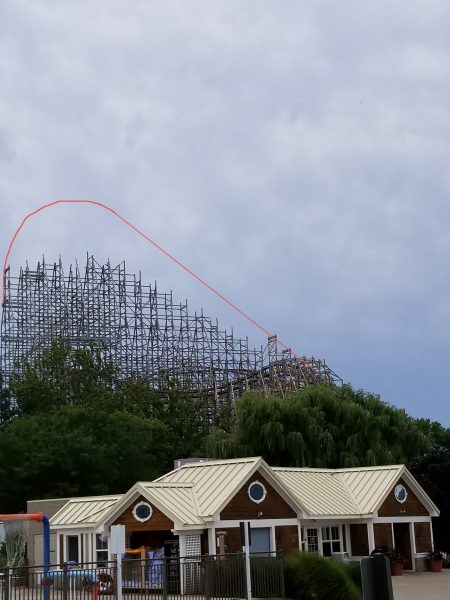 6. Speed bump – a tiny hill with really drawn out radii sandwiched between the first drop and first big airtime hill 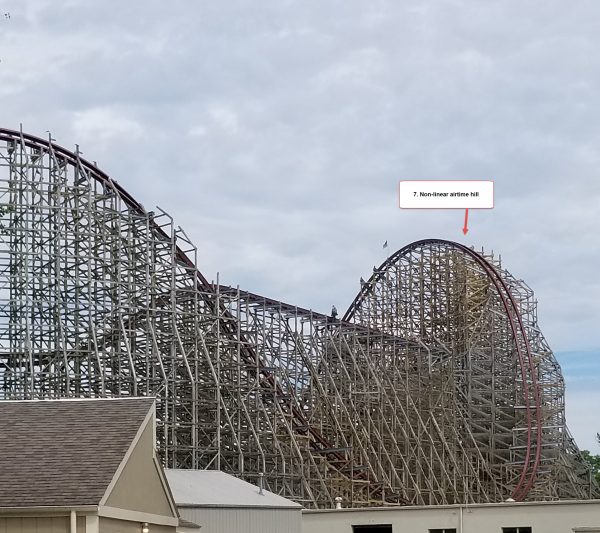 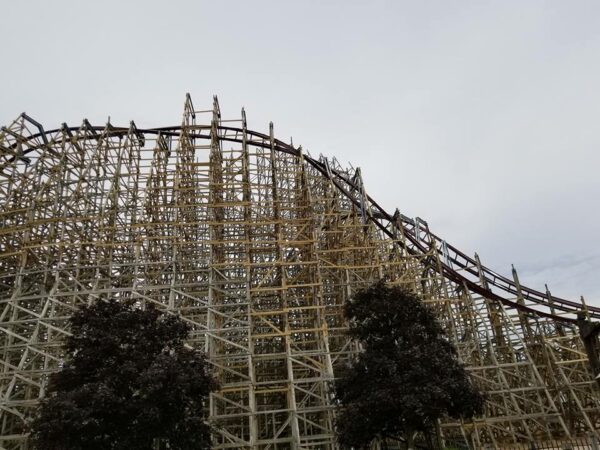 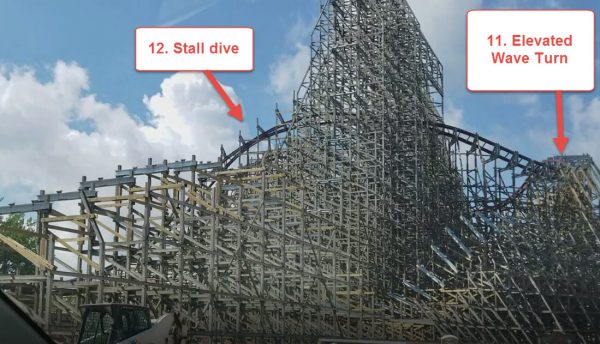 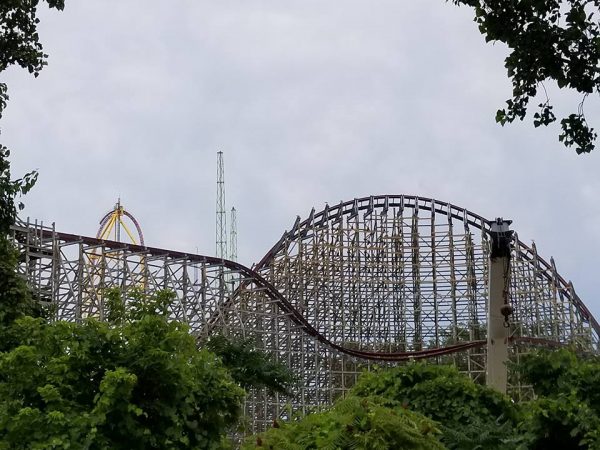 18. Twisty airtime hill – twists up and to the right and then down and to the left

19. Overbank turn through structure under lift

20. Zero G roll inversion #3, not too high off the ground near where the old queue entrance was. 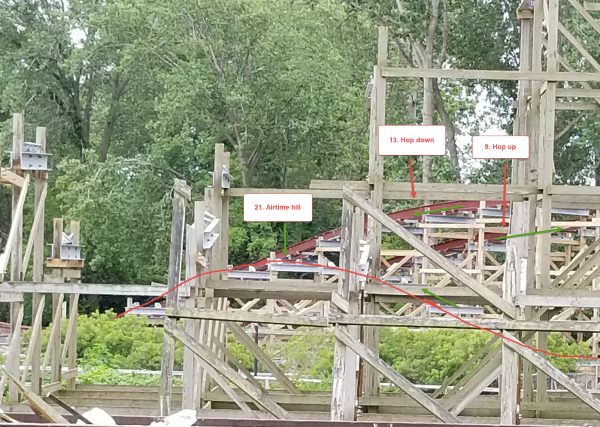 #newmeanstreak drive by as of this morning

What’s it going to be like riding new Mean Streak? I tend to think of it like this: from the MCBR to the end of the ride, in terms of height, length, and elements, is essentially Storm Chaser at Kentucky Kingdom. I absolutely love Storm Chaser, so to think about a similar ride plus the addition of the entire first half of Mean Streak before riding Storm Chaser – wow!

Do you think we’ll see a fourth inversion installed?