Why Dinosaurs Alive is Carowinds’ Most Underrated Attraction

I have been visiting Carowinds several times a year since moving to North Carolina in 2000. Especially in recent years, I’ve chronicled a lot of those visits here on Coaster101, talking about attractions like Carowinds’ world-class lineup of roller coasters, their new Carolina Harbor Water Park, and even attractions like Plants vs. Zombies 3Z Arena. However, four years after it initially opened, I think I have found a new “hidden gem” at Carowinds: Dinosaurs Alive. 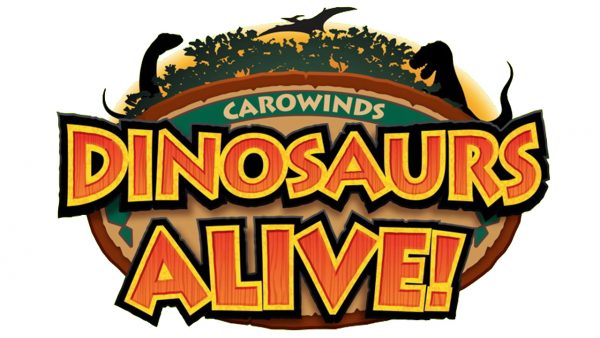 From 2011 to 2013, eight parks in the Cedar Fair chain installed “Dinosaurs Alive” walk-through exhibits in their parks. The exhibits, created by Dinosaurs Unearthed, feature a number of animatronic dinosaurs on a winding path inside of each park. Carowinds was among the last Cedar Fair parks to install Dinosaurs alive, opening theirs in March of 2013. 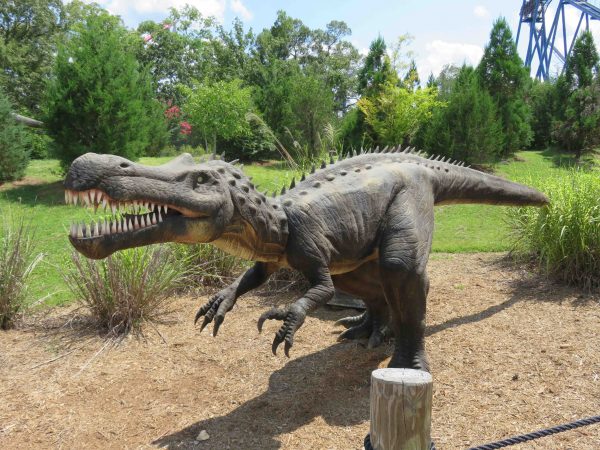 According to Carowinds’ website: “The exhibit presents scenes and stories based on real fossil evidence. Dinosaurs Alive gives guests of all ages the opportunity to travel back through time to encounter and understand a world long since extinct.”

The dinosaurs in Dinosaurs Alive are all full-sized animatronics, giving park guests a “larger than life” look at these creatures, complete with information about each type of dinosaur they’re seeing. The animatronics feature a lifelike “skin,” so it almost feels like the Dinosaurs are really alive. 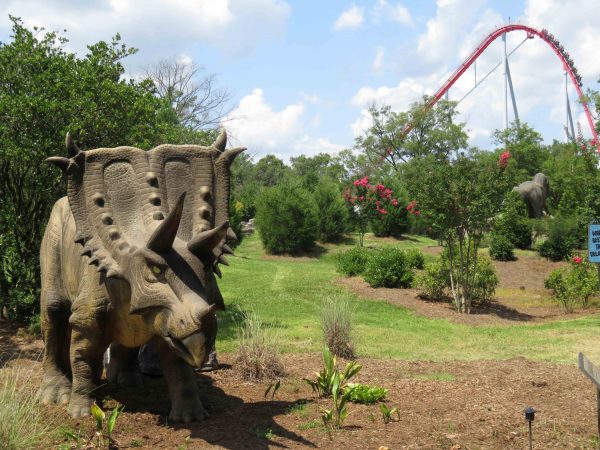 After walking past Dinosaurs Alive all of these years, I decided to actually enter Dinosaurs Alive for the first time on a visit to the park a few weeks ago. I had been riding roller coasters non-stop all day, and thought I needed a quick break. Plus with my season pass, admission to Dinosaurs Alive was included.

Carowinds’ version of Dinosaurs Alive features more than 50 dinosaurs, and is located on a 5-acre plot of land in between Planet Snoopy and Afterburn. The trail winding through the exhibit is approximately half a mile long (great if you’re addicted to your Fitbit and want to get some added steps in while at the park!) The trail also features a “Dinosaur Dig” play area, and there are also several interactive dinosaurs where you can push a button a panel, and corresponding limbs will move on the animatronic. 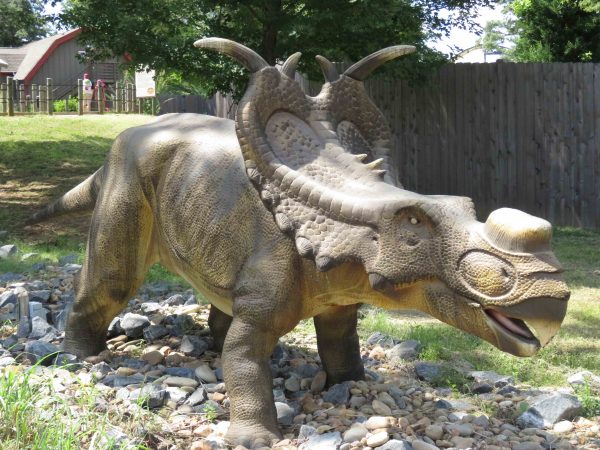 While the Dinosaurs at Dinosaurs Alive are great to look at, as someone who loves taking pictures of roller coasters, the best part of the area to me was some of the unique angles it presented to photograph Intimidator, Afterburn, and Woodstock Express. 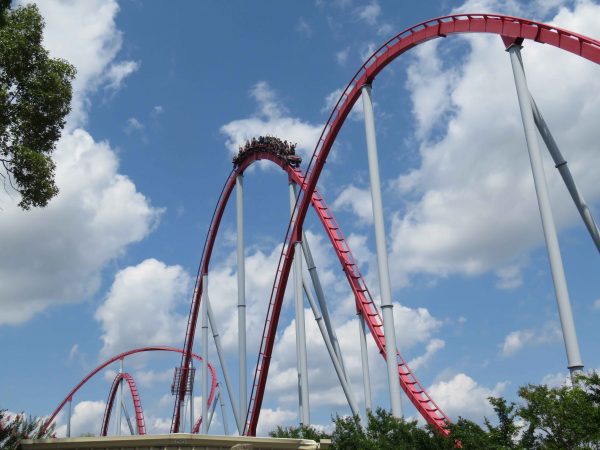 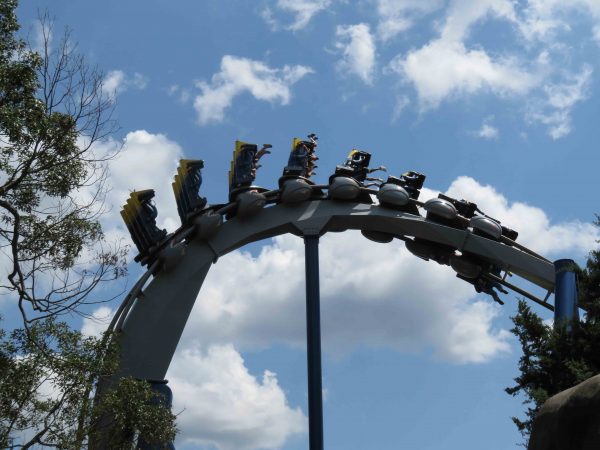 Having Dinosaurs in the shot is pretty cool, too! 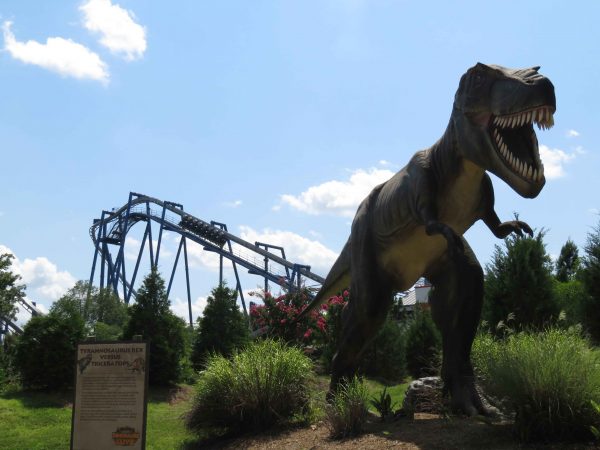 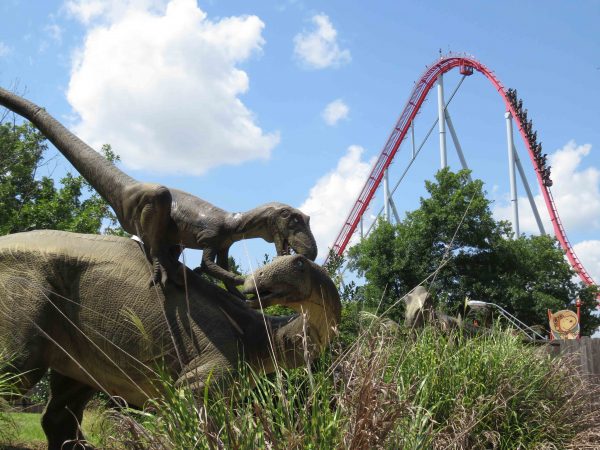 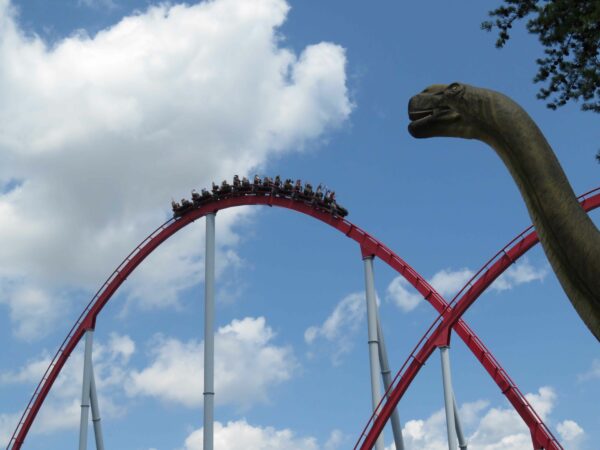 The exhibit is great because it can be experienced at your leisure. You can spend as much or as little time as you want inside, and on both occasions that I’ve visited, it was not crowded at all. And despite the fact that I didn’t pay the $5 entry fee because I had a season pass, I feel like $5 would be worth it to check out Dinosaurs Alive at least one time.

If you like dinosaurs, roller coaster photography, or just want a unique way to take a quick break inside the park, then be sure to check out Dinosaurs Alive on your next visit to Carowinds! 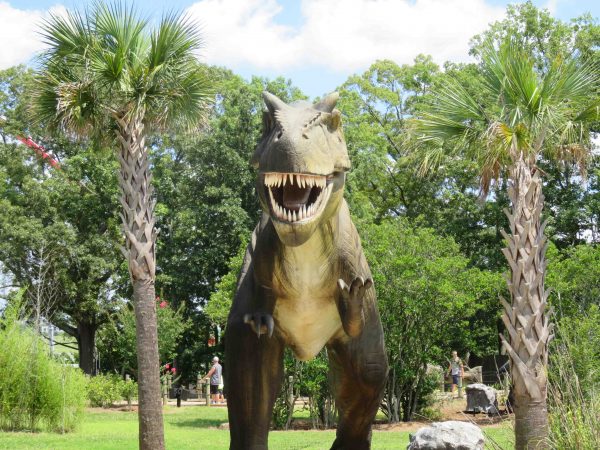 Admission to Dinosaurs Alive is $5 or included with a Carowinds Gold Pass or Cedar Fair Platinum Pass.