Zoombezi Bay, the 22.7 acre water park owned by the Columbus Zoo and Aquarium near Powell, Ohio just north of Columbus, has recently sent out surveys to zoo members asking for opinions on several proposed future attractions. I was able to grab a few screen captures of the proposed new waterpark attractions.

Here’s the introduction to the Zoombezi Bay Future Attraction survey, explaining how they are currently exploring ideas for new water attractions at the park and are looking for input on some of the proposals. 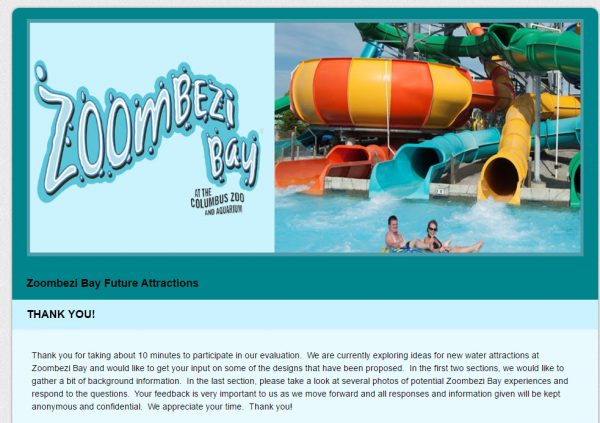 The first proposal is an interactive obstacle course including a climbing wall. Out of all three proposals, this is the one that would probably add the most capacity to the park. Personally, I’d rather ride a slide so this is my least favorite of the three. 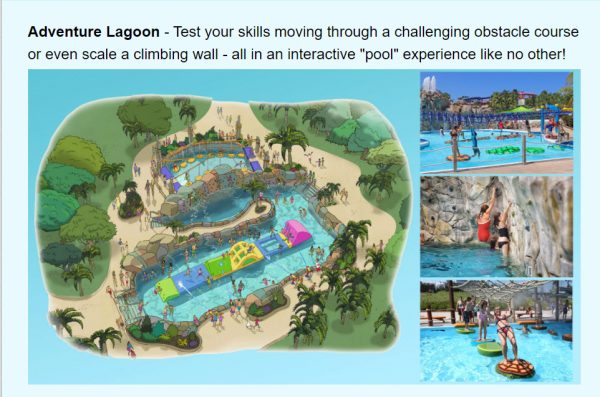 The Behemoth Bowl is a four-person Cloverleaf raft slide that can feature bowls, funnels, walls, and more. The manufacturer, ProSlide, says you can even get more than 720 people per hour. I prefer this option over the first one.

Quiz: Can you name the park pictured in the proposal? Answer below. 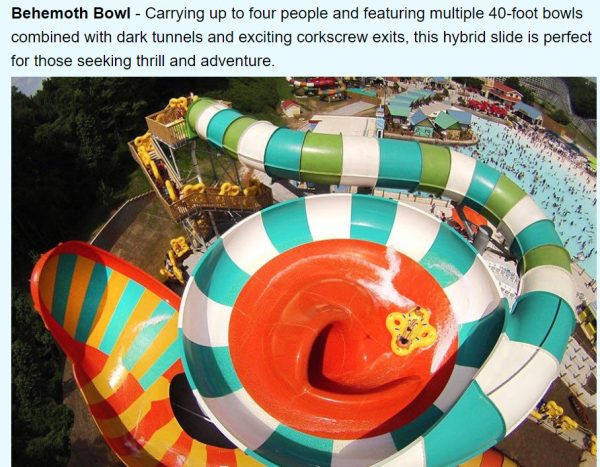 If a Rocket Blast slide were built it would easily be the best waterslide at Zoombezi Bay. This particular style of water coaster would not only be unique to Ohio, but would also only be the second in the United States. The first ride of this type in America opened at Six Flags Fiesta Texas as Thunder Rapids. To launch the rafts uphill there are water jets mounted to the side of the slide section and go into cup-like pockets on the side of the raft.

Out of the three, this is the proposal that is most exciting and would get me to buy a season pass to the water park and not just the zoo. Plus which option do you think would get the most media attention? 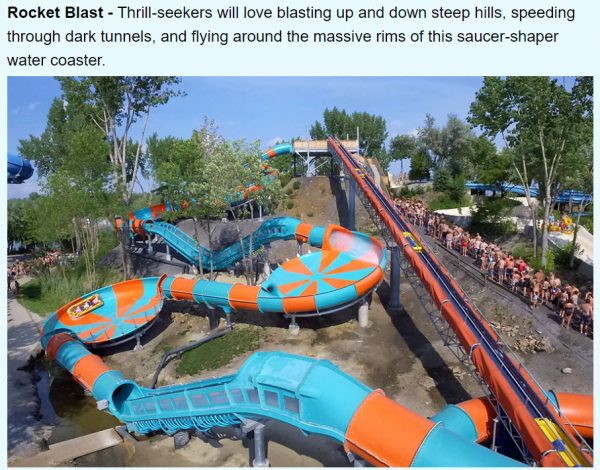 When could we expect to see any of these future attractions open at Zoombezi Bay? I would hope they could make any of these ready for the 2018 season.

Where could a Zoombezi Bay future attraction be located within the park? Using Google maps, I’ve circled three potential expansion pads below. 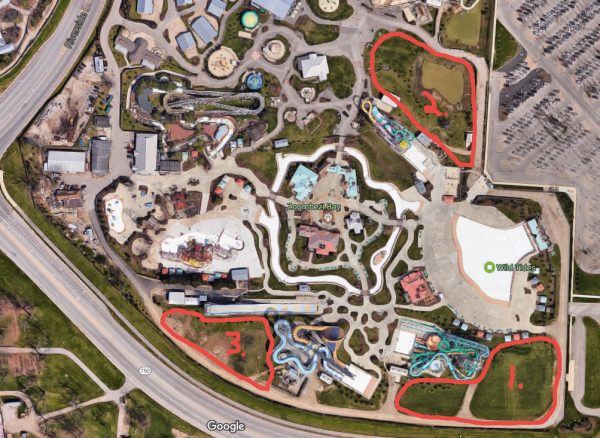 Now keep in mind, these are just potential ideas and even if they choose one of these three, it won’t necessarily look like the one in the picture. I just hope whatever they choose they go all-in. The rest of the park just feels like they didn’t max out their potential. For example, when the park was built they had the chance to build a ten or twelve lane mat racer but instead opted for one with only six lanes, the reduced capacity resulting in longer lines.

Sea Lions Coming to the Columbus Zoo in 2019

The Columbus Zoo also announced they are working on a state-of-the-art sea lion habitat, scheduled to break ground later this year and will open to the public in 2019. Seven sea lions relocated from Changfeng Ocean World in China will soon call Ohio home.  No further details on the habitat were given regarding its location or design. The zoo’s last major animal exhibit addition was Heart of Africa in 2015.

Where could the sea lions be located inside the Columbus Zoo? I’ve identified three possible locations below where it might be added without having to move any existing exhibits. The Shores region would have been a perfect fit before they built the new playground and 4D theater. 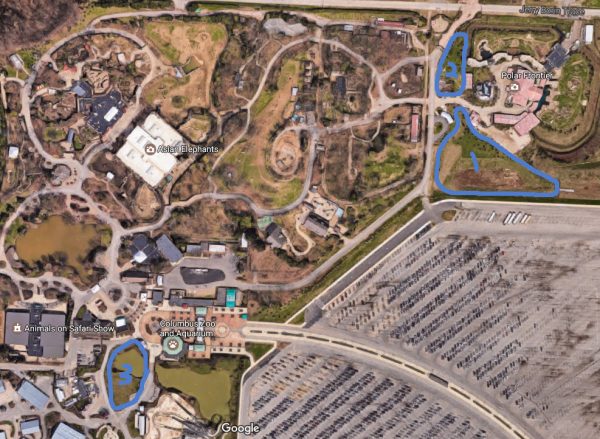 New information has been found regarding the additions coming to the Columbus Zoo. Wild World will be developed in the current Jungle Jack’s landing area and will actually incorporate some of the popular existing rides. This Wild World Exhibit experience shall be salt spray, sea lions and one-on-one animal encounters. Directly inside the Zoo’s Entry Plaza, this region will delight and enchant zoo guests with unforgettable animal encounters, presentations and tours; wild, Jack Hanna-themed experiences; a raucous colony of bellowing seals and sea lions, and much more.

So it appears the new area will be taking up some or all of the area circled below, kind of between the entrance and Jungle Jack’s Landing. 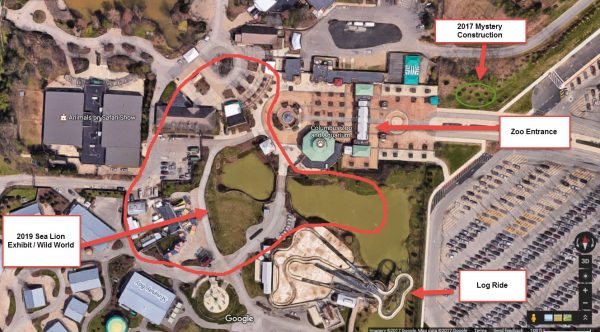 Construction is expected to start in September 2017 and last through May 2019.

Are you excited for the future of the Columbus Zoo and Aquarium? What future attraction would you like to see built at Zoombezi Bay?