Anyone looked at a calendar recently? (I have, it’s April.) Universal Orlando is already getting into the Holiday spirit, announcing their plans for the 2017 Holiday Season today.

Beginning in November, Universal Orlando will be transformed for the holiday season, featuring an all-new Universal Orlando holiday parade and decorations in the parks, as well as Grinchmas, which takes place in Islands Of Adventure’s Seuss Landing.

However, for the first time, The Wizarding World of Harry Potter at both Islands of Adventure (Hogsmeade) and Universal Studios Florida (Diagon Alley) will be getting in on the fun. 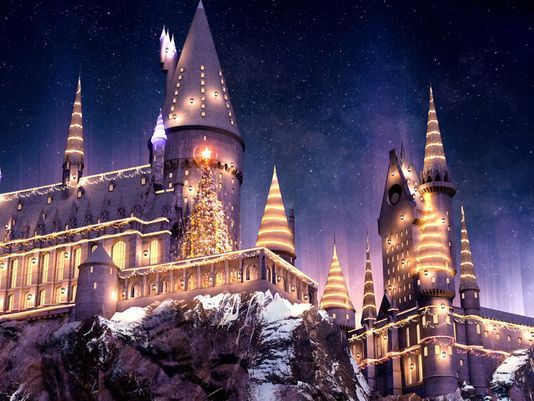 According to an article for USA Today by Arthur Levine, “The highlight of the limited-time event will take place at Hogsmeade, the mythical home of the Hogwarts School of Witchcraft and Wizardry. Each evening during the celebration, Universal will present a projection mapping show that will wrap the iconic castle in holiday-inspired imagery. The resort is promising that the presentation will be a special effects-laden extravaganza.”

In addition to the nighttime show, Universal says that it will offer other holiday-themed entertainment in both parks. Both Hogsmeade and Diagon Alley will be lit up with Christmas lights and décor. Levine also says “It’s likely that the Hogwarts Express, the train that connects the resort’s two Wizarding Worlds, will also get into the holiday spirit.”

Are you excited to experience the Holidays at Universal Orlando Resort? Let us know in the comments below!

Information and Images from USA Today/Arthur Levine were used in this post.