After more than a year in development, Busch Gardens Williamsburg’s “Project 2017,” InvadR, opened to the public on Friday. After following the construction progress since InvadR was announced last spring, we were among the first to ride the first-ever wooden coaster at the park, taking part in the coaster’s media day. 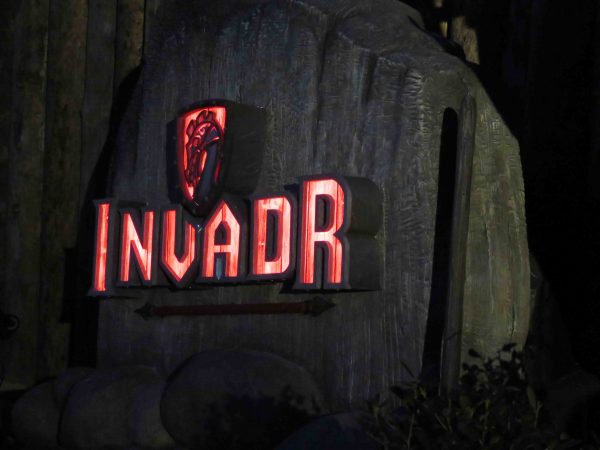 It was an early morning, arriving at Busch Gardens Williamsburg before the sun came up. We had a ride scheduled for 6:15am, which was to be one of the earliest ones of the day. After a brief delay, it was time to ride…or so I thought.

I got bit again by the “slightly too large on media day” bug that got me during the Fury 325 media day at Carowinds a few years ago. I was prepared this time, and following a brief wardrobe change, I was able to get on InvadR in the fourth row. (Note, the restraints on InvadR are T-bar lap bars, but may be tight for riders with larger thighs or midsections. Use the test seat out front if you’re unsure.)

And while I missed out on the InvadR Reverse POV Opportunity that was being offered (because of the aforementioned size issue) check out this reverse POV video from our friends Cody and Matt over at Attraction Chasers!

Now for a little about the ride. As shown in the video above, riders exit the station in one of two trains, the Viking Train or Trapper’s Train. 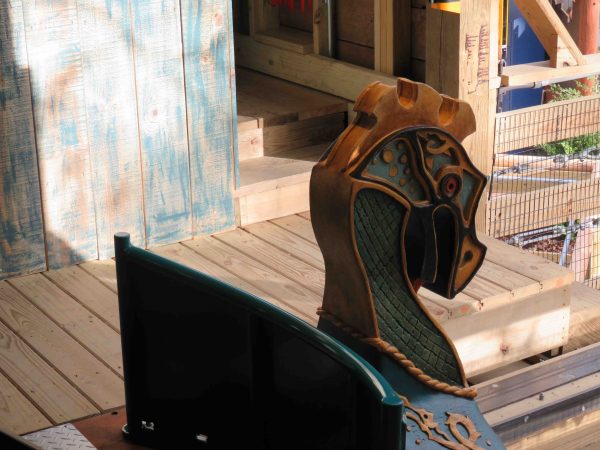 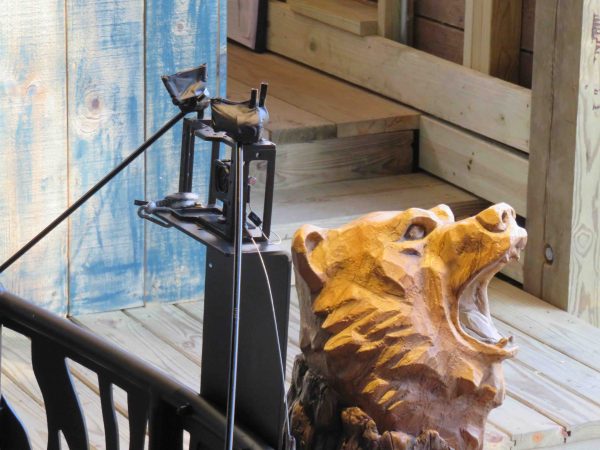 The lift hill goes over the Le Scoot Log Flume, before a quick dip and left turn, and incline before the coaster’s 74′ first drop, which goes through two tunnels — an above ground tunnel on the drop, and an underground tunnel at the bottom of the drop. There are three great “head-choppers” on the first drop — both tunnels, and immediately following the first drop as the track goes overhead. 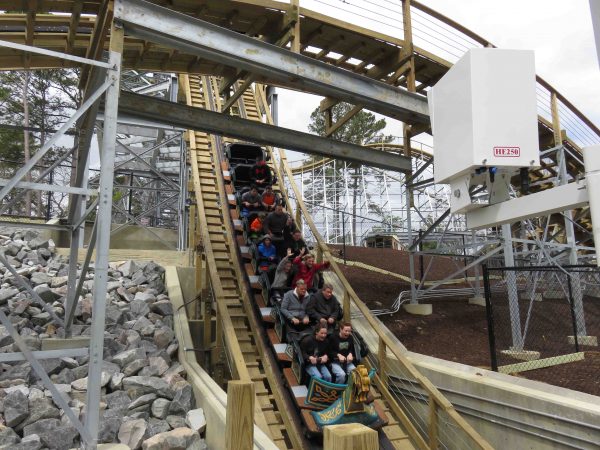 There are several banked turns and nine airtime hills throughout the course of the roller coaster. I was impressed at how “fast” the coaster felt, despite having a top speed of less than 50mph. The airtime moments feel non-stop, almost like a wooden version of Kentucky Kingdom’s Lightning Run.

The fourth row was a good ride experience, but the consensus (at least everyone I talked to, including park officials and other assembled media) was that the back seat provided the best ride experience. I rode four times on Friday, twice in the fourth row, once in the sixth row, and once in row eight (the back row). 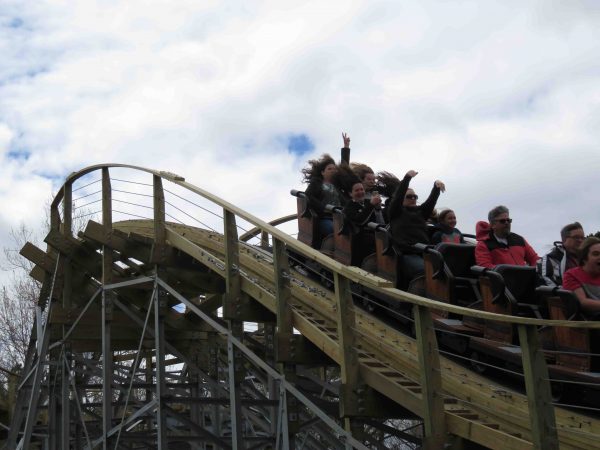 The air-time is really felt in the back row, and is one of the best back row coaster rides I’ve ever had on any coaster, wood or steel. I can’t recommend this enough. If you ride InvadR, try your hardest to ride in the back row.

Following the media rides in the morning, Busch Gardens Williamsburg Park President David Cromwell (hereby known as David California) gave a brief ribbon cutting presentation, before being interrupted by an army of “Vikings,” who were the first to ride the coaster after it opened to the public. 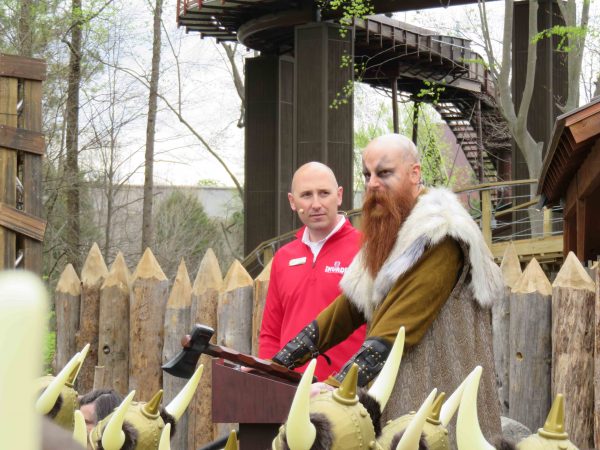 Busch Gardens Williamsburg put a ton of work into the the queue area for InvadR, and it fits in perfectly with the Logger/Trapper motif of New France. Everything (except for roller coaster supports) is made of wood. 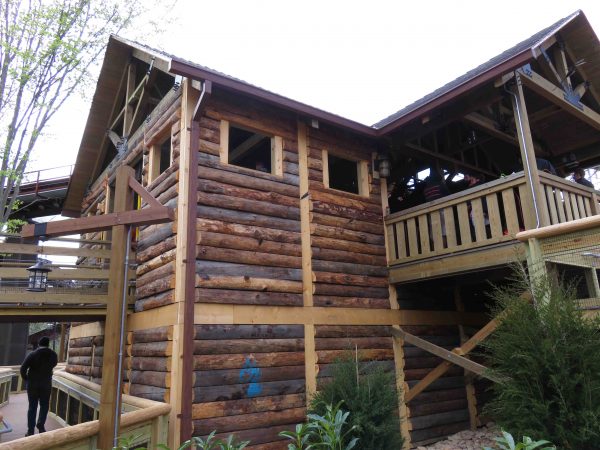 The Viking Theme is very heavily felt as well, with Battle Shields serving as row markers, and a giant war machine that potential riders must pass under before riding. 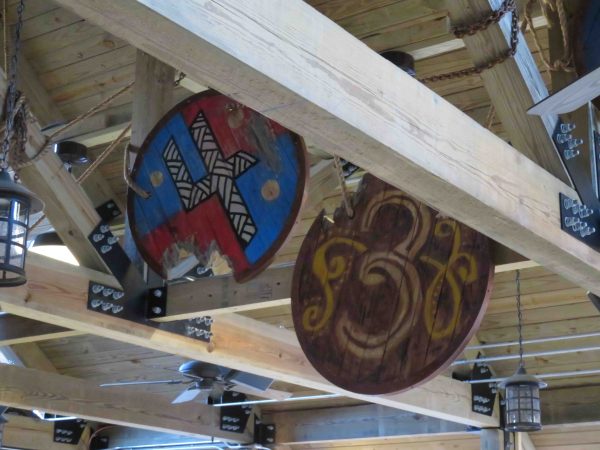 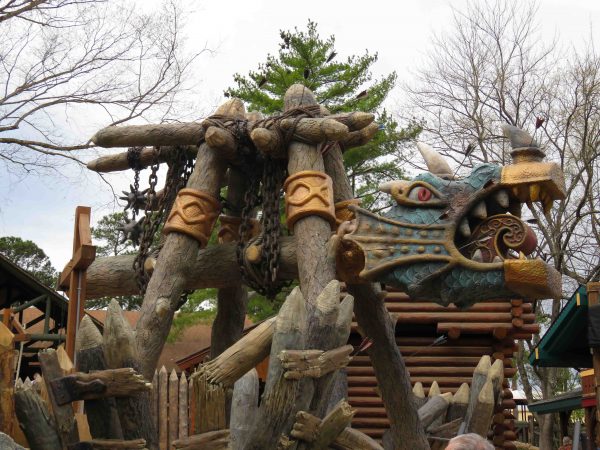 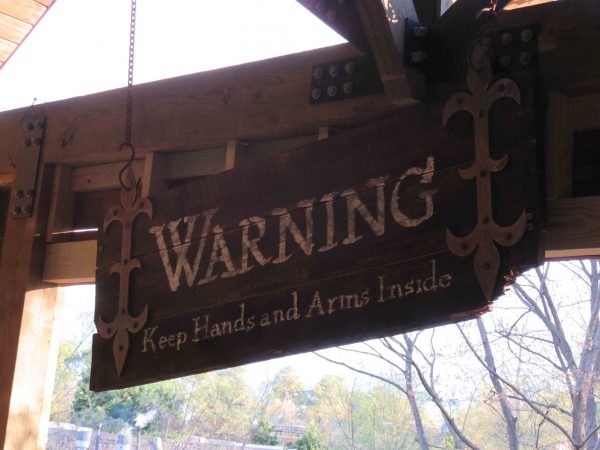 One thing I greatly appreciated was the synergy between attractions. InvadR is built over Le Scoot, as well as the Busch Gardens Railroad, and InvadR theming had made its way to supports of Le Scoot, which is situated over the ride’s queue. 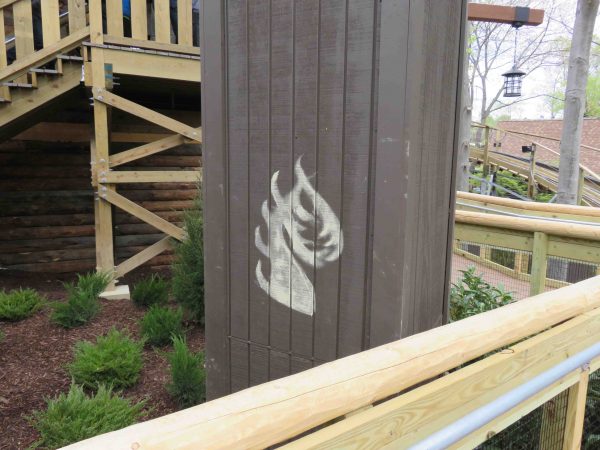 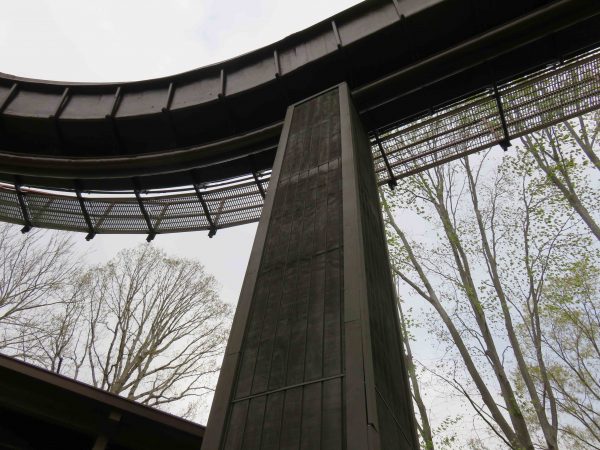 Following the ribbon cutting, we had the opportunity to go “behind the scenes,” and get some photos of InvadR in action. 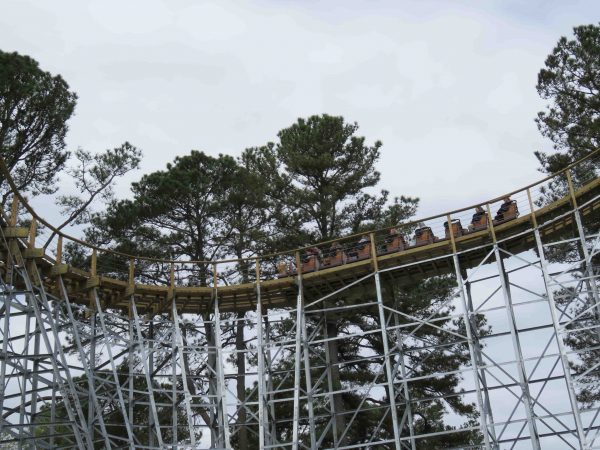 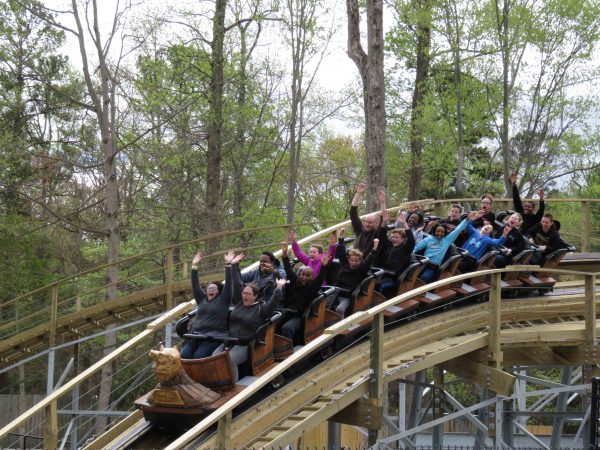 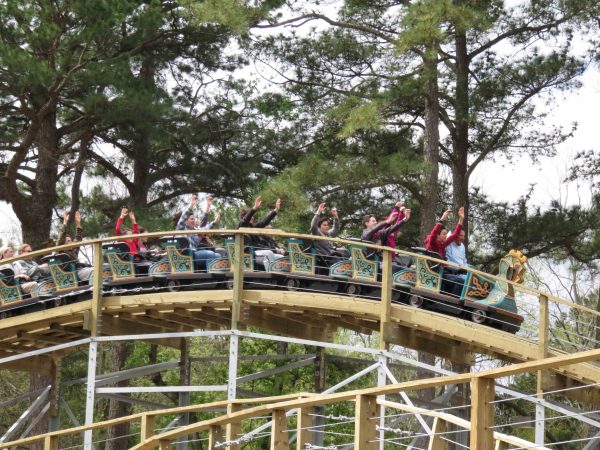 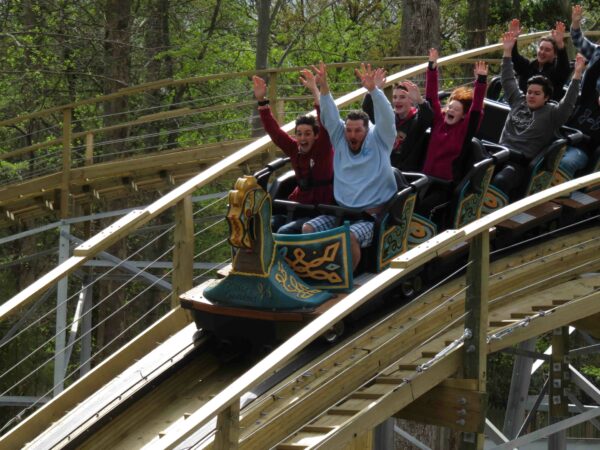 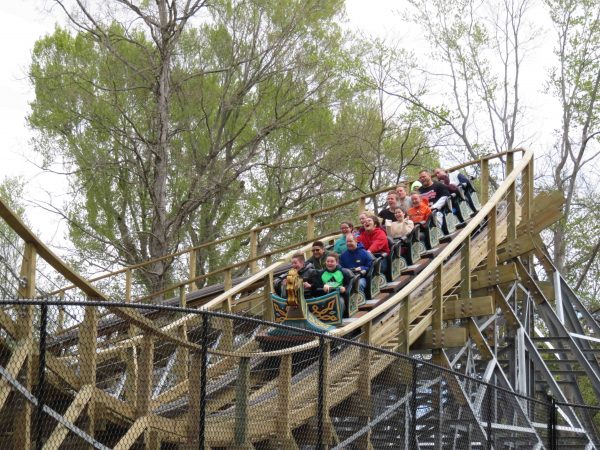 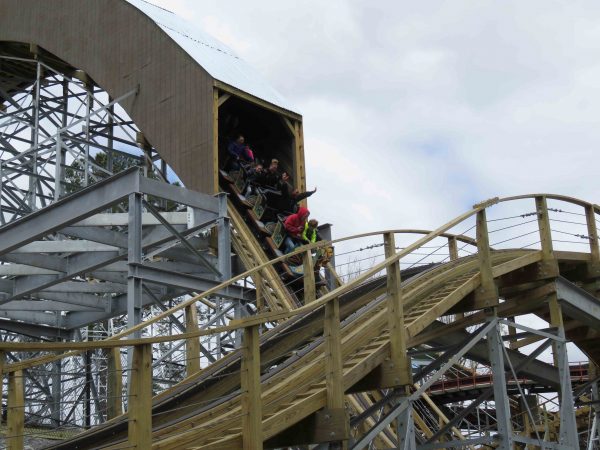 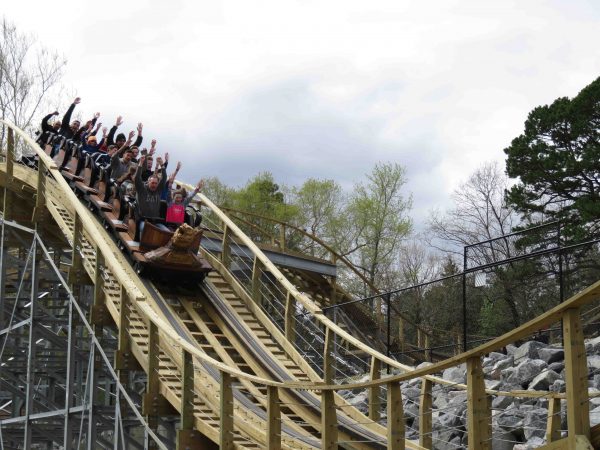 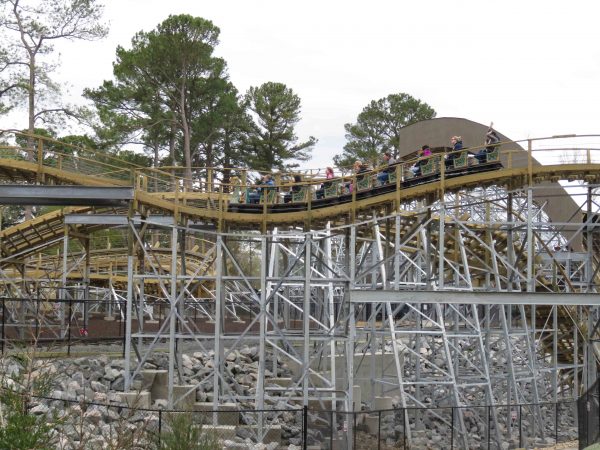 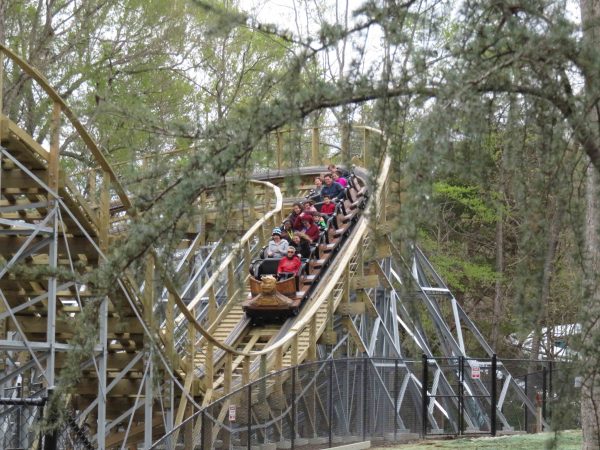 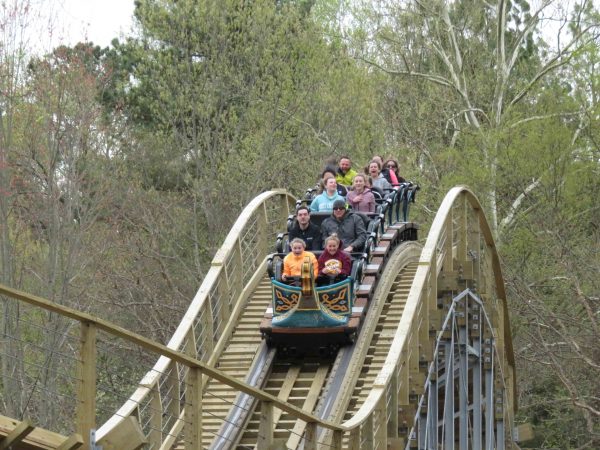 Our verdict? InvadR gives Busch Gardens a great family coaster option, for families with kids who might have outgrown Grover’s Alpine Express, but aren’t ready for the interlocking loops of Loch Ness Monster or two launches of Verbolten quite yet. 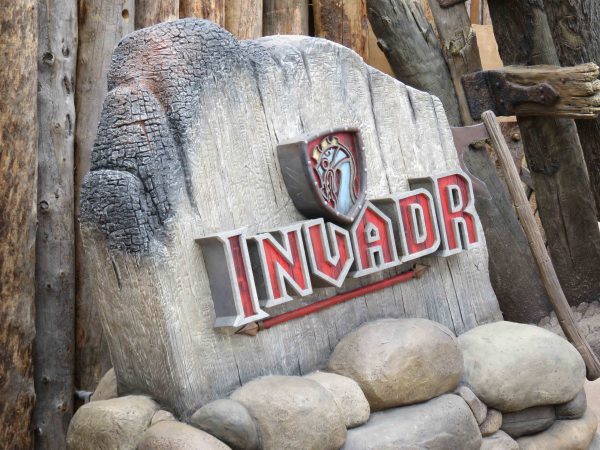 However, don’t write off InvadR as “just another family coaster,” because it’s not. It’s really the best of both worlds. Families will appreciate the low 46″ height requirement, smooth ride, and the feeling of riding a “big” coaster (which in reality isn’t that big, with a 76′ first drop) but coaster enthusiasts will appreciate the non-stop air-time and speed throughout InvadR. It’s a great dual-threat coaster, and is the perfect addition for Busch Gardens Williamsburg.