Cedar Point posted a short video teasing the Mean Streak transformation on their Twitter page today. The video itself is no joke , it does exist, but seeing as how it was released on April 1st, is the content of the video an April Fools Joke?

This video is surprising for several reasons. First of all, it’s basically Cedar Point acknowledging that a transformation is occurring to the former wood coaster known as Mean Streak. It’s obvious to all that Rocky Mountain Construction is building a new iron horse steel track coaster onto the existing wooden structure, but the park has refused to acknowledge that anything is going on besides Mean Streak being leveled.

The next thing that makes this teaser so interesting is the use of the tagline and hashtag: #theyrecoming. What “they” could they possibly be referring to? The British are coming? The contents of the shed? Are they referencing RMC is coming to redo Mean Streak and Hurler at Kings Dominion? But why would they reference Hurler? The majority of average Cedar Point fans don’t care what happens at a park they’ll never visit. Are they implying that the old Mean Streak structure will support not one, but TWO new roller coasters? Multiple “HAWK” coasters? 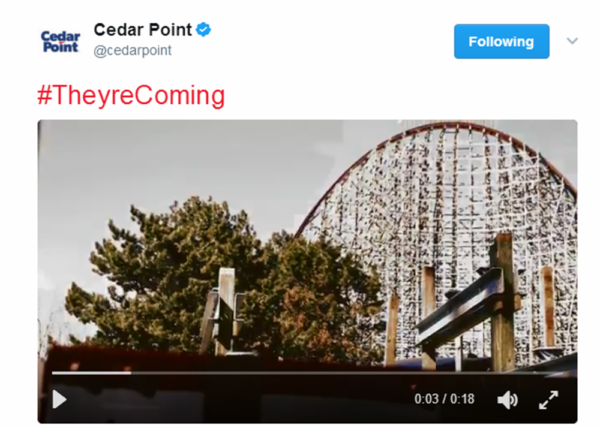 The official tease by Cedar Point out does the unofficial @NewMeanStreak on Twitter, who has been sharing pictures of the new track going up with views from INSIDE the park. But who would have inside the park access and not want to risk losing their job over a few pictures? In one Tweet, the only letters capitalized were T and C leading many to believe Cedar Point’s own Tony Clark is behind the Twitter account.

have to hide in the Trees so no one sees me Capture this shot. pic.twitter.com/rqY2V3AYKO

Another interesting Tweet is this one in which the word “their” is incorrectly used and questions how some of the wood is taller than the new track. Could this be a clue that a second track will be added?  The only reason to have more wood above the track would be if there was another track going there, right? Surely there’s enough structure and with some of the way there are bents remaining on the second outward banked turn, this could be a dueler/racer.  I mean, it is so big and long they could shorten it and make it two coasters, or they could do what they did with Colossus and have it be “two halves.” Is this “Son of Gemini”? If they do build a racer/dueler does it mean Gemini’s days are numbered?

It’s interesting how their is wood higher than the track on this turn. pic.twitter.com/OU6AJ6Vs6x

This isn’t the first time Cedar Point has dropped subtle hints before. In a previous video they flashed 2018 on a laptop screen making us all believe this is a 2018 project. 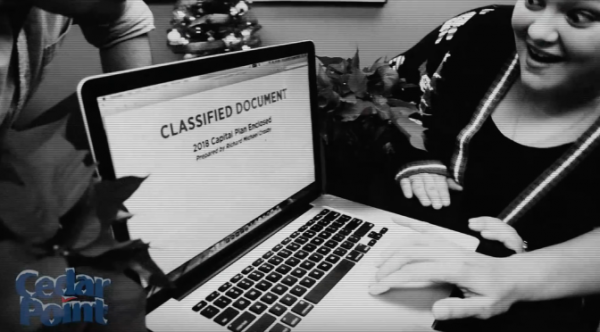 Maybe “they’re coming” simply refers to the horde of coaster nerds that will descend on the construction site once the park opens for the 2017 season. Either way it looks like #theyrecoming is the new #whatsintheshed. Let us know who you think “they” is or if you think it’s an April Fools Day joke in the comments below!