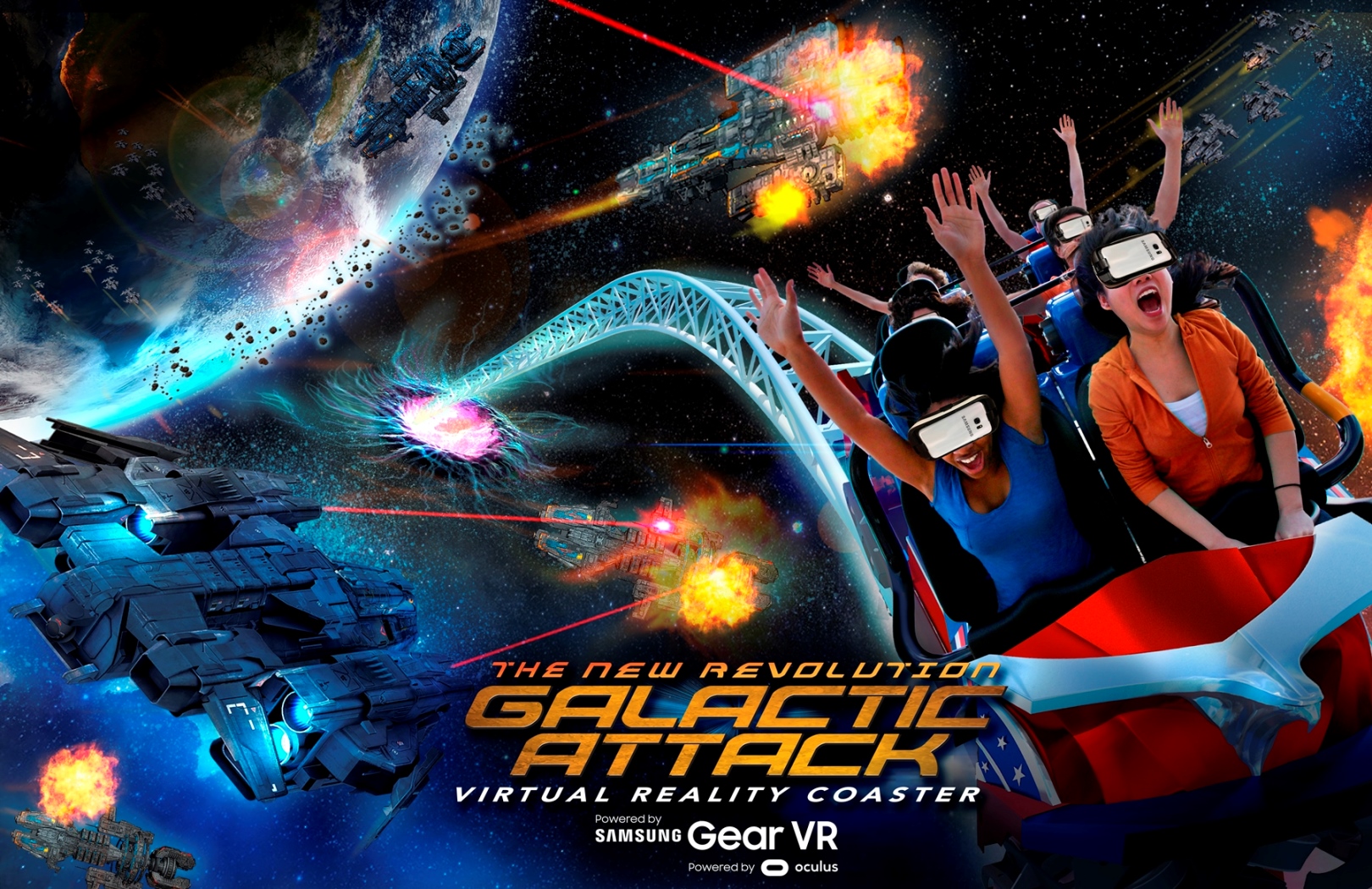 The New Revoluton Galactic Attack is coming to both Six Flags Magic Mountain and Six Flags Discovery Kingdom this month.

The new Galactic Attack experience will be the first “mixed reality” experience on the rides. What is “mixed reality”? Well, in this case it refers to using the Samsung Gear VR’s “pass through camera” capability, which allows real world surroundings to be mixed with augmented reality overlays. Riders will be able to see things like the rider seated beside them, while also getting a heads up display showing content like a countdown clock counting their lift hill. “The mixed reality technology is truly groundbreaking, and like nothing our guests have ever experienced,” said Brett Petit, Senior VP of Marketing and Sales. 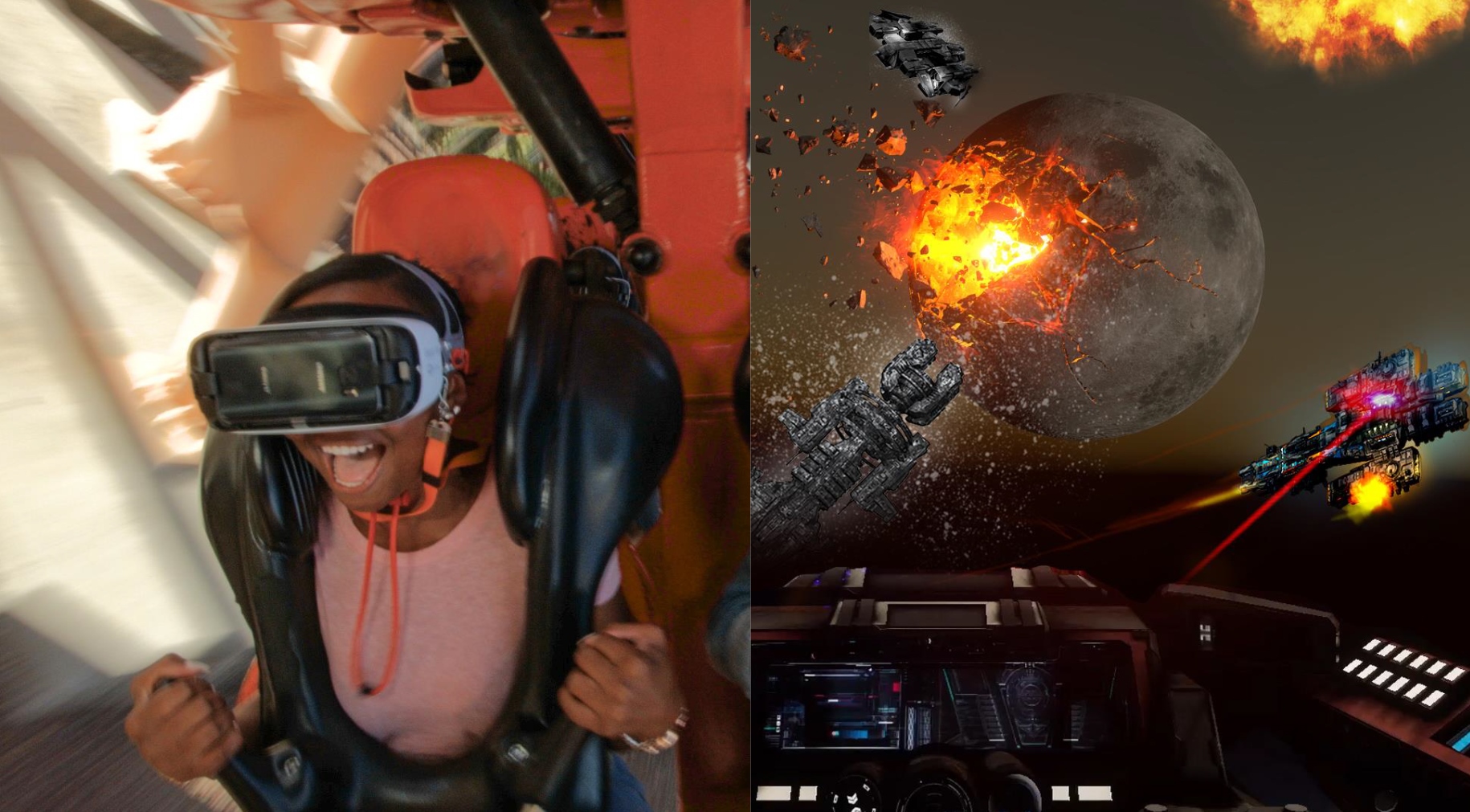 Kong at Discovery Kingdom and New Revolution at Magic Mountain are getting the new VR experiences.

Upon cresting the lift hills, the Galactic Attack will transform into a full virtual reality experience as the space ship the riders are seated in enter a “wormhole” effect. This leads to the second new aspect of the ride, a more comprehensive gameplay element. The original “New Revolution” VR experience introduced last Spring was a passive experience, with mild gameplay only in the station. The “Rage of the Gargoyles” experience introduced in the fall included more gameplay, with head tracking used to fire weapons. Per the press release, the new experience will include “riders mak(ing) key decisions during the course of the ride that can affect their scoring at the end.” The story appears to be a conituation of the “New Revolution” experience, with guests fighting against alien invaders.

Additionally, the there will be three different gaming experiences and endings to the ride, which means not every ride (or rider) will experience the same thing. This brings the experience closer to an immersive game, with a tailored experience, like we discussed back last year as the overlap between gaming and amusement parks increases. 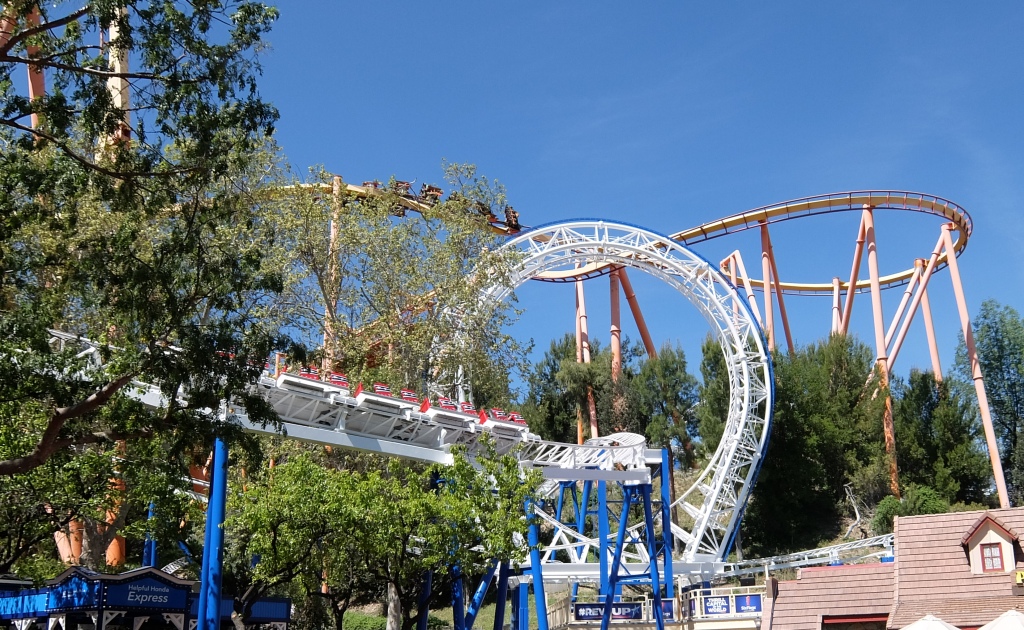 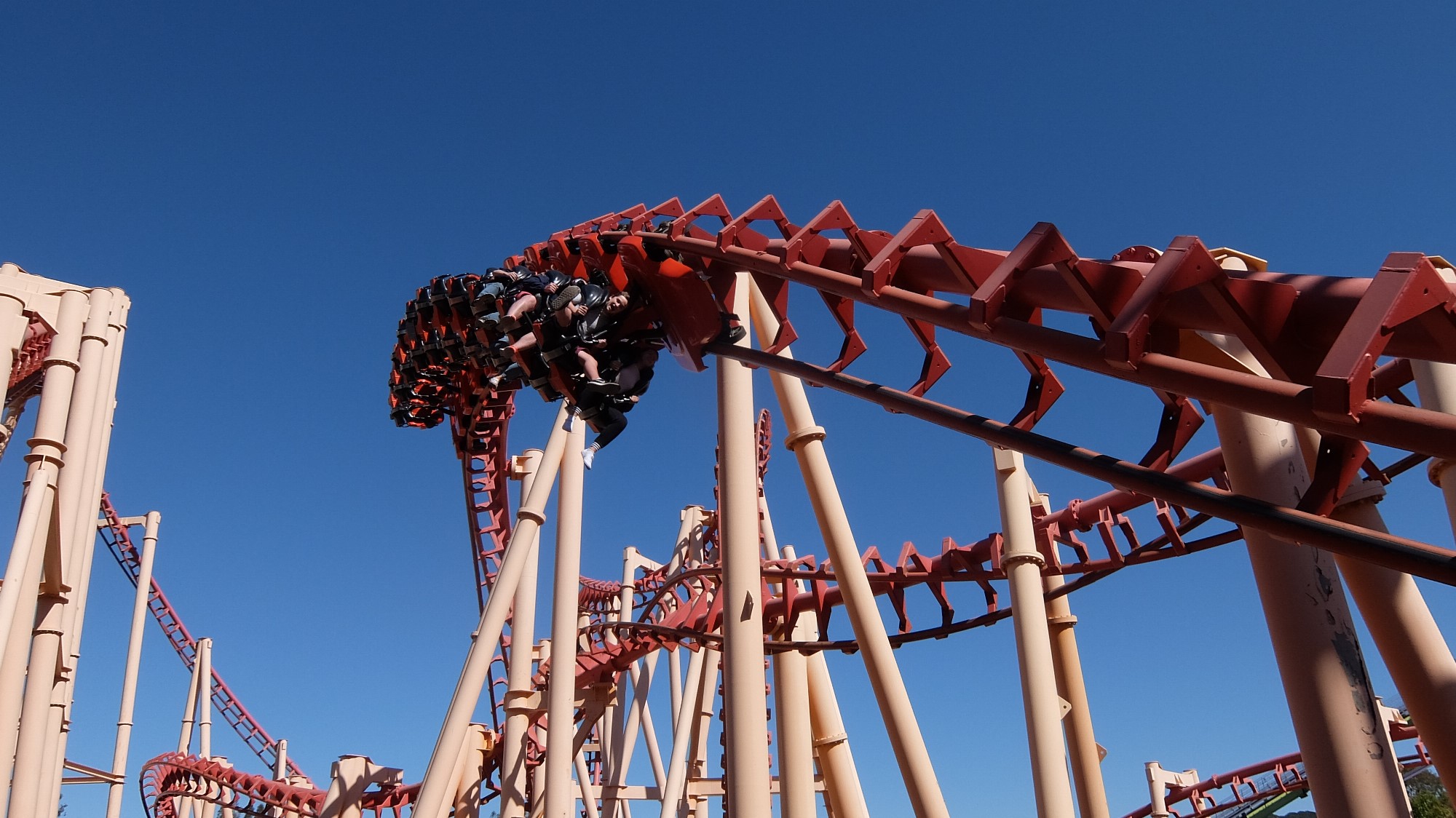 New Revolution and Kong are getting the new VR experiences.

Galactic Attack will be coming to the existing VR Coasters at the two parks, The New Revolution at Magic Mountain and Kong at Discovery Kingdom. The new experience will be opening soon, with a special food drive Presidents Day weekend, February 18-20th. Guests who rbing a full bag of non-perishable food that weekend will get to ride the new VR experience, while the rides will fully open to the public the following weekend. 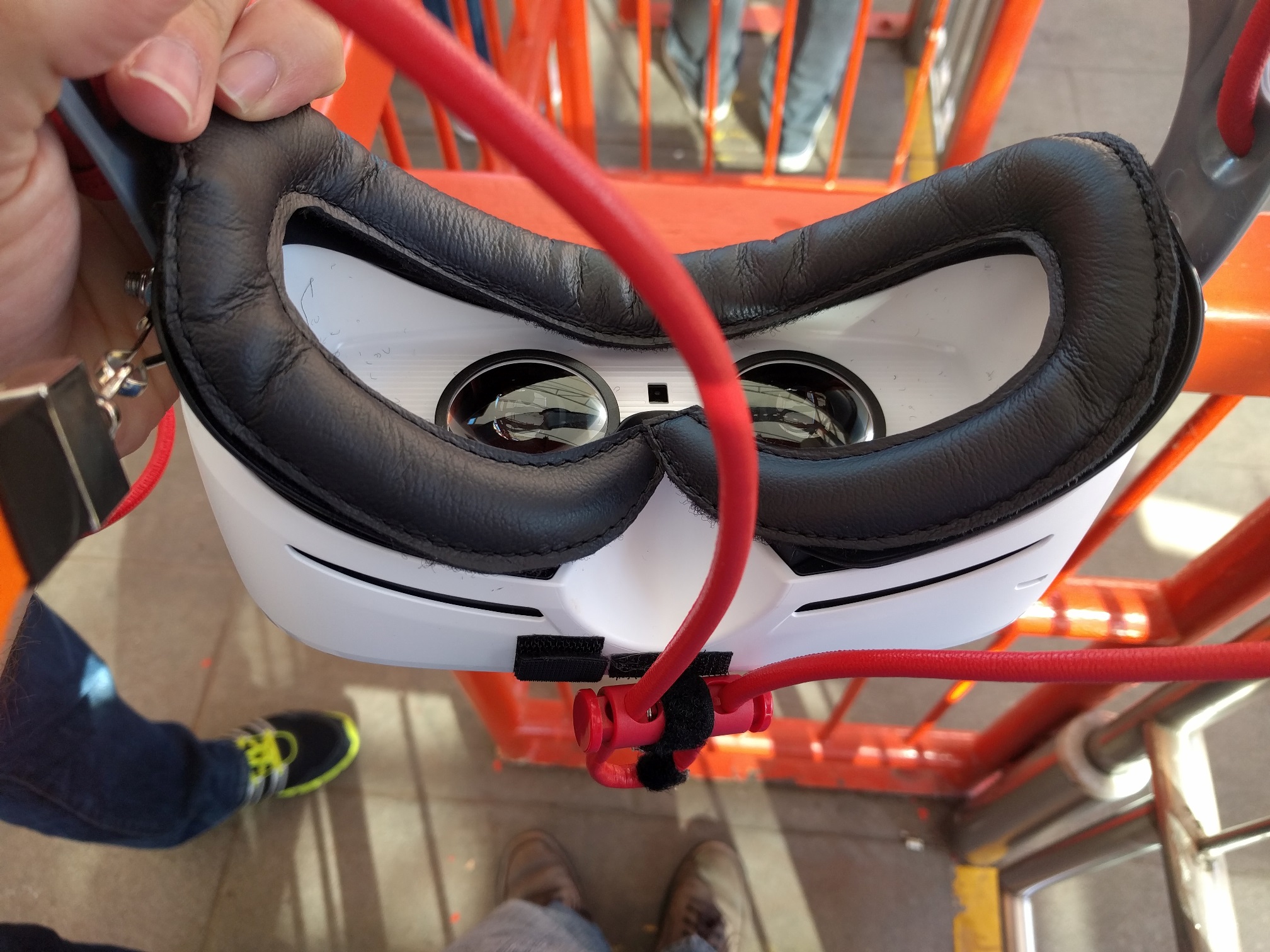 I was a fan of the first VR on both rides, and I’m excited to see the technology evolve more

We’ll be back with more when Galactic Attack opens. I’ve enjoyed both coasters and VR experiences I’ve had so far, so I’m looking forward to seeing the increase in variety and new effects. You can find full details on the rides at the park sites, here and here. Have you been on one of the Six Flags Virtual Reality Coasters? What did you think of them? Let us know in the comments below, on Twitter, or on Facebook, and be sure to check back for more on the latest details!