After more than a year, Disney today finally announced that Star Wars-themed lands at Disneyland and Disney’s Hollywood Studios at Walt Disney World will open in 2019. 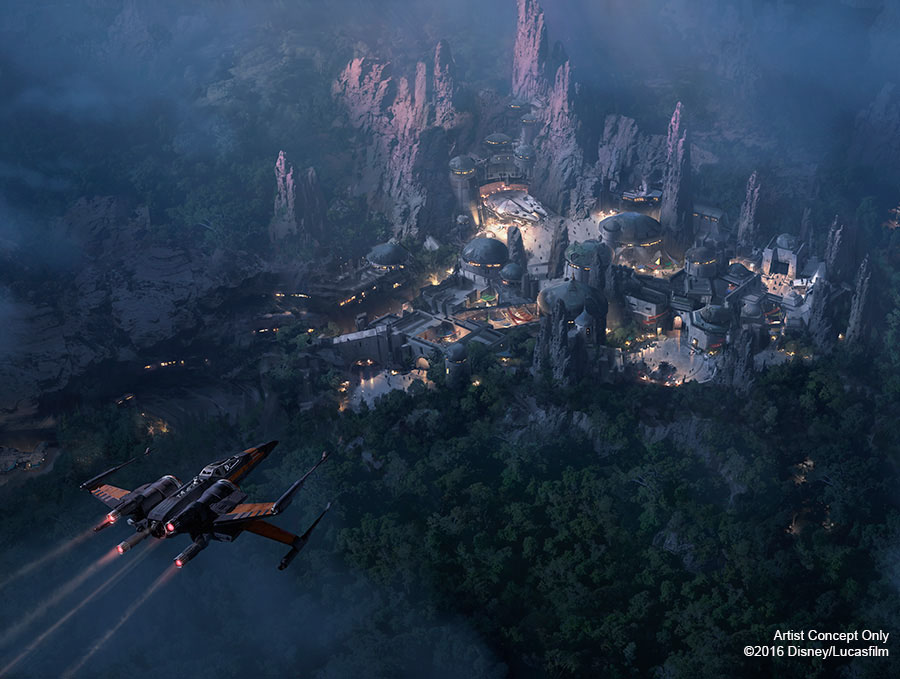 The Star Wars plans were first revealed in 2015, although specific timelines were not announced.

In the area’s flagship attraction, guests will take the pilot’s seat in a Millennium Falcon spacecraft, navigating through space, firing laser cannons — having total control of the ride experience. Riders will find themselves in the middle of a battle between stormtroopers and those fighting for the Resistance.

Both lands will cover 14 acres, each of course with the incredible attention to detail expected with any Disney project of this caliber.

What are your dream Star Wars attractions? Share your ideas in the comments section below.