This week we head back to California for our “Q” A-Z Coaster of the Week, to a unique coaster in a small amusement park just south of San Jose, Quicksilver Express at Gilroy Gardens! 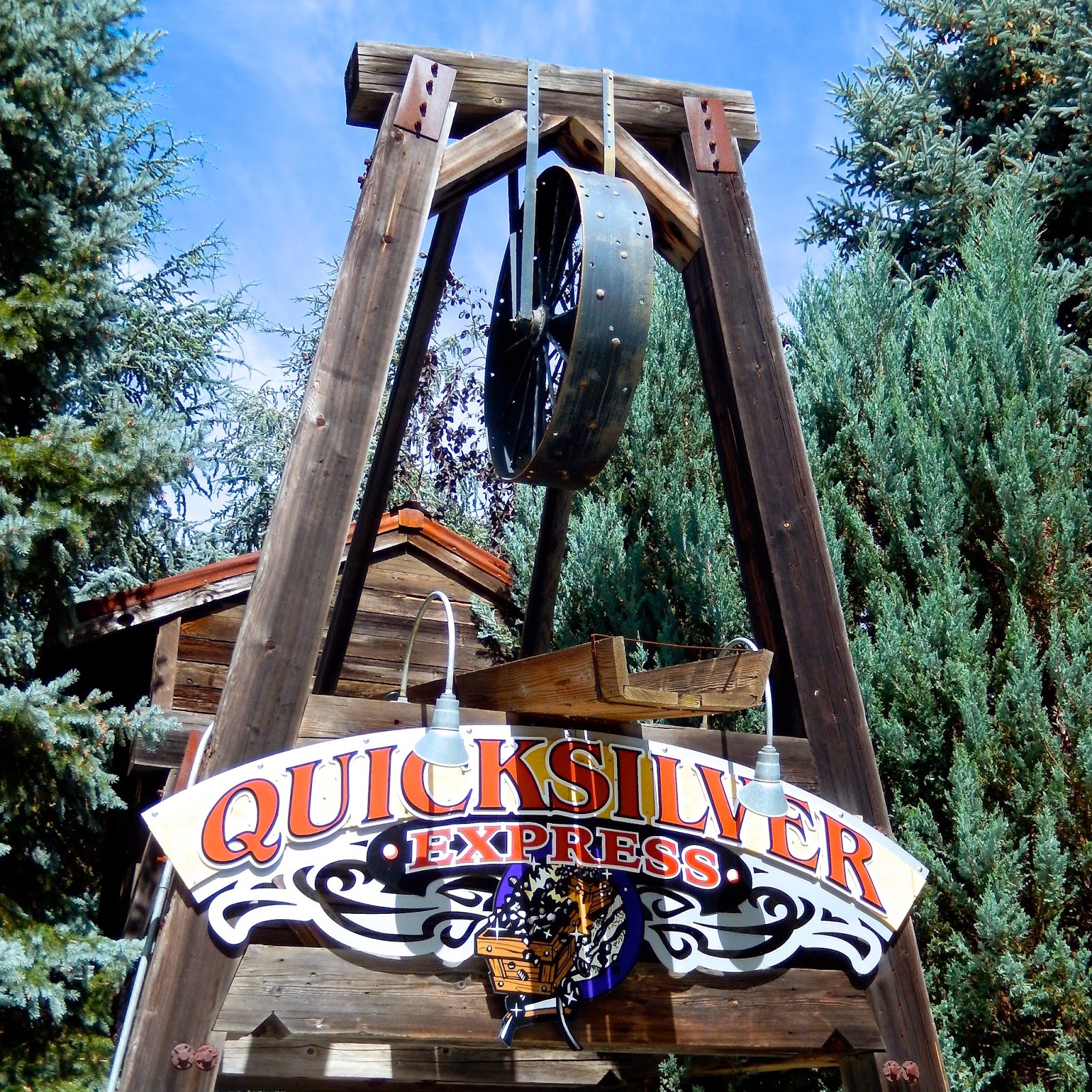 The entrance to Quicksilver Express at Gilroy Gardens (courtesy thrillography.blogspot.com/)

Gilroy Gardens opened in 2001 as Bonfante Gardens, a small, garden themed, family park/botanical gardens owned and designed by Michael Bonfante, and slowly built over the course of 25 years. It had actually existed in smaller forms before, primarily for private use, but did not open to the public until 2001. Today the park is owned by the city of Gilroy and managed by Cedar Fair. From its opening date, though to now, the signature ride of Gilroy Gardens has been Quicksilver Express. 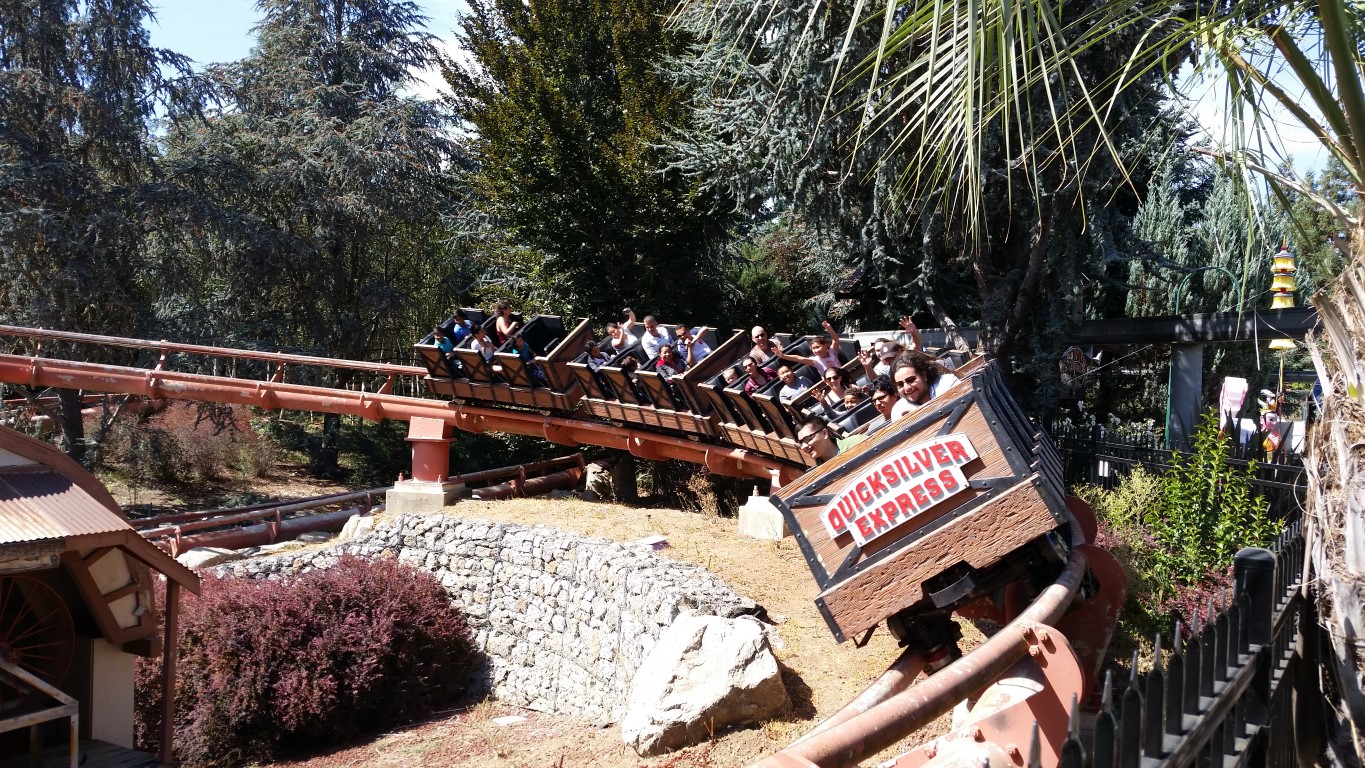 Quicksilver Express is a steel, terrain following, double-lift, mine themed coaster, built by nearby D.H. Morgan Manufacturing (now Chance Morgan, part of Chance Rides). One of the quirks of the rides is that it was actually the first coaster built by nearby Morgan, finished in 1995. However, the completed coaster parts sat waiting in the Morgan facility until finally being installed in 2000 for the park opening in 2001. That made it the seventh Morgan coaster to open, despite being the first built! 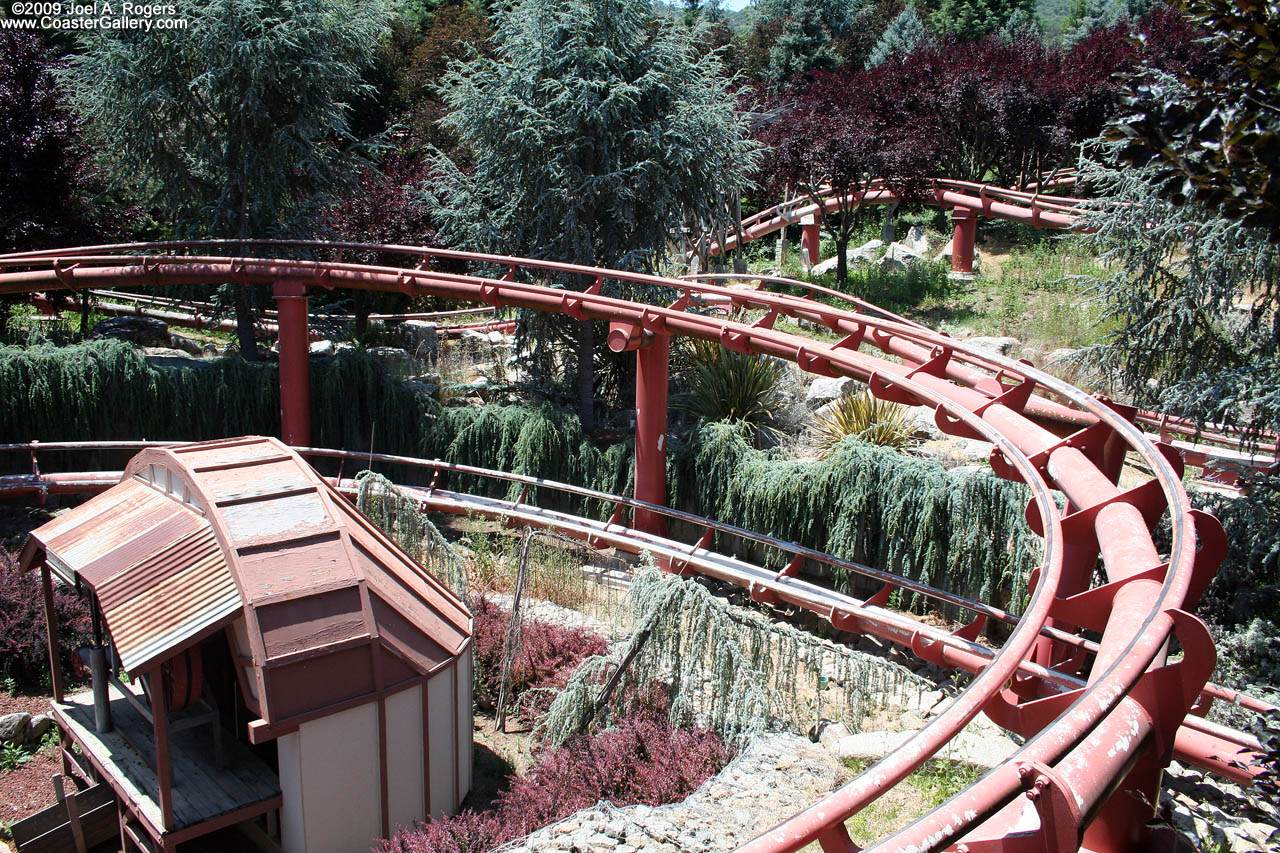 The ride starts with a short initial lift hill, a bit under 30 feet. Rather than going into a full drop, the ride twists through a series of slightly sloped s-bends after releasing from the chain. It’s almost like a flume ride, with a little drop to get the coaster going. Although its not intense, the real charm of the coaster is immediately apparent as it is completely surrounded by trees, rocks, and old mining equipment. 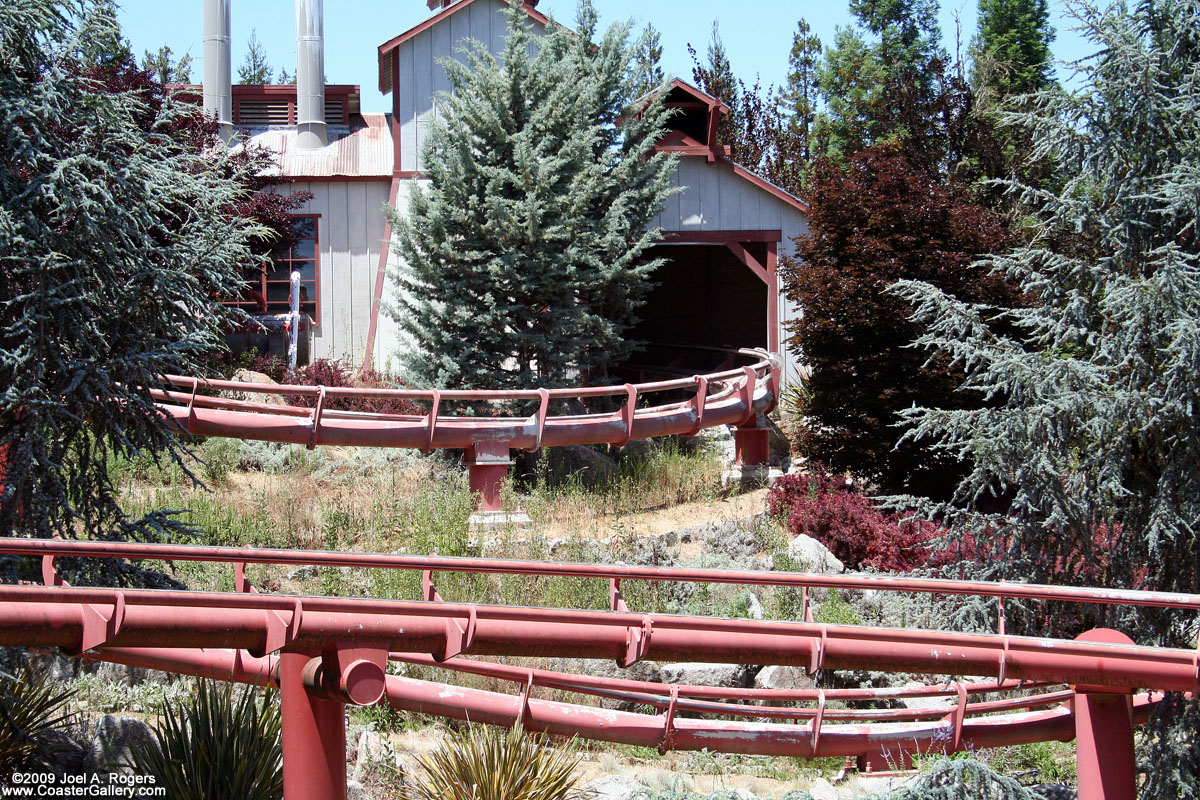 The coaster then hits the second, more substantial lift hill. Here the coaster heads into a more substantial twisted drop, and gets up towards its max speed of 38 mph. Again, the train nestles against rock walls, trees, and structures (and other track) as it twists down. It turns through a tunnel in middle before continuing against the terrain features and through trenches. Eventually the coaster twists through a relatively significant helix, through one last mining shack, and then back into the station. Check out the full PoV views from CoasterForce and TPR below.

Throughout the back and forth twisting layout there are a few little hills that provide some nice small bits of negative force. But the beauty of Quicksilver Express isn’t in the intensity of the layout (it is a family coaster, after all), but in the way it hugs the terrain, and the beauty of the Northern California scenery around it. If you want to read more about the ride experience itself, California Coaster Kings was there this past fall and has a nice review up on their site. 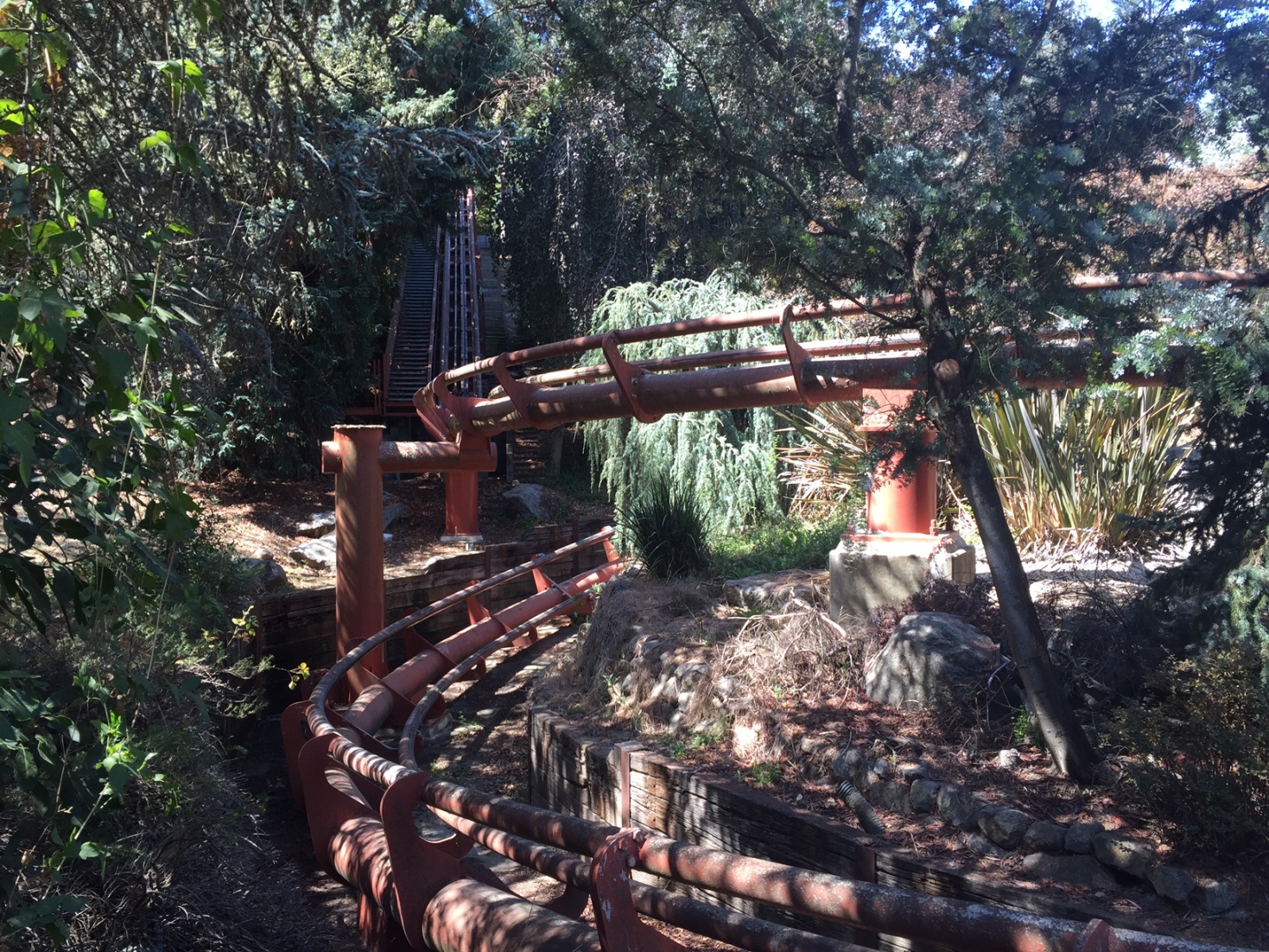 One last interesting fact on Quicksilver Express, the name is a reference to the history of mercury (quicksilver back in the day) mining in the region. There’s actually a quicksilver museum about half an hour north of Gilroy Gardens at the site of one major historic mercury mine (there’s also a public park nearby which still has old equipment from the mercury mining days in it). 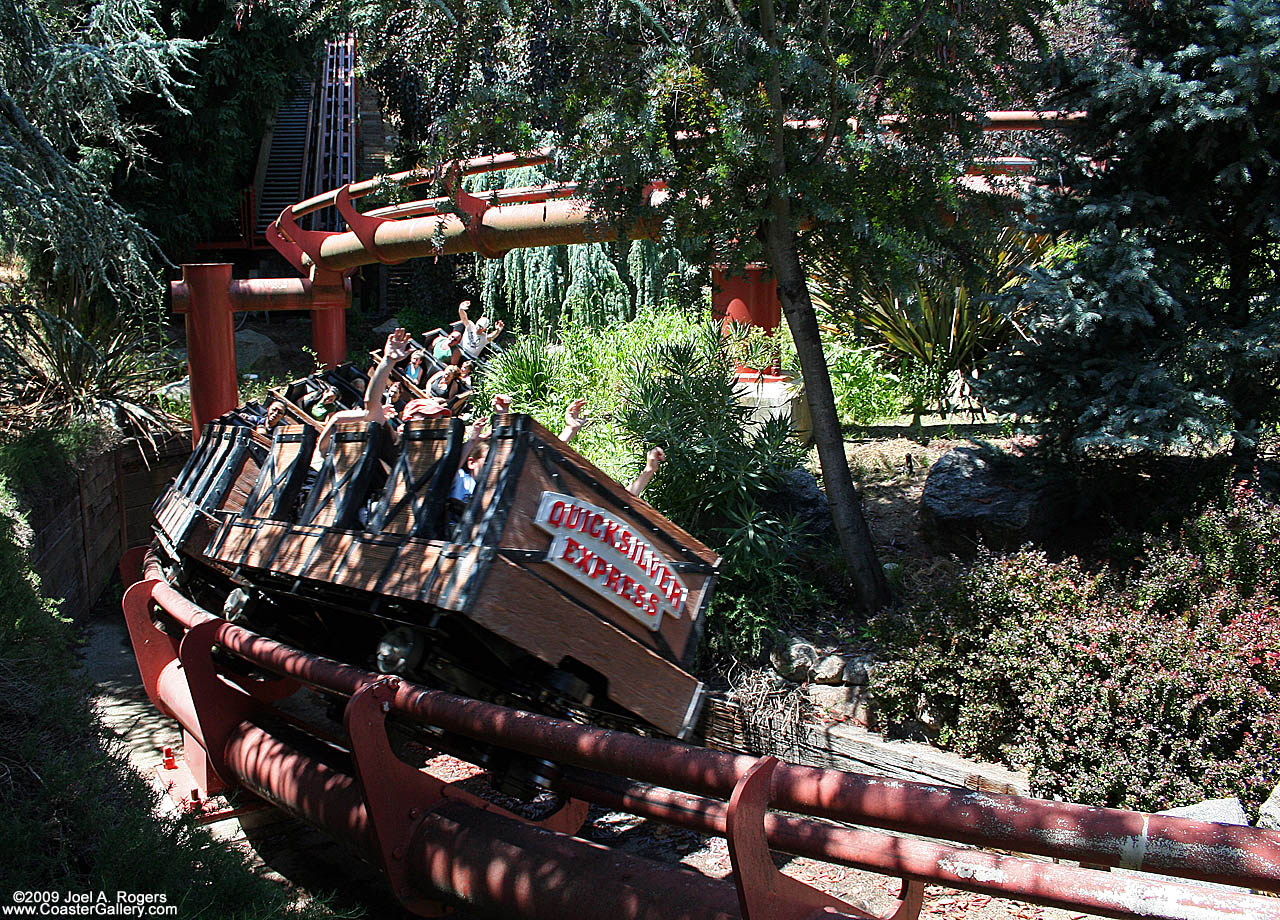 Have you been to Gilroy Gardens and ridden Quicksilver Express before? Let us know what you thought of this unique coaster in a small, unique park! And of course, keep tuned for more of our A-Z Coaster of the Week features, and catch up on any that you missed here