Welcome back to our weekly A-Z Coaster Series, where we highlight a coaster beginning with each letter of the alphabet. This week, our “M” coaster takes us to another “M,” Myrtle Beach, South Carolina, and the now-shuttered Hard Rock Park/Freestyle Music Park, as we take a look at Maximum RPM!. 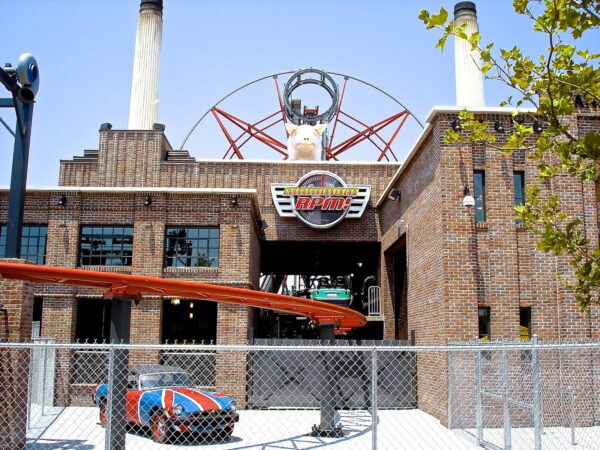 Maximum RPM! was a Premier Rides creation, operating for only two seasons (just one season as Maximum RPM!) before Hard Rock Park/Freestyle Music Park closed its doors for good. The coaster was known for its Ferris Wheel style lift system, the first, and still only lift of its type on any roller coaster in the world. 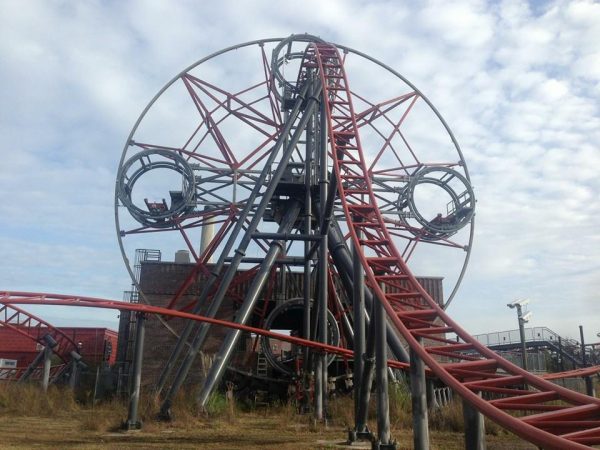 According to ThemeParkUniversity, One major problem for Maximum RPM! was that there was no working model of this attraction that got all the bugs massaged out before it was placed into the British Invasion section of Hard Rock Park.  The coaster constructed in the park was the working model and all of the engineering challenges the team from Premier faced had to be worked out on site. Because of issues, Maximum RPM! did not open with the rest of Hard Rock Park in March of 2008, instead opening in June of that year.

Keeping with the British theme, the coaster’s station was modeled after the Battersea Power Station featured on the cover of British rockers Pink Floyd’s “Animals” album. In another nod to Pink Floyd, an inflatable pig stood above the station. 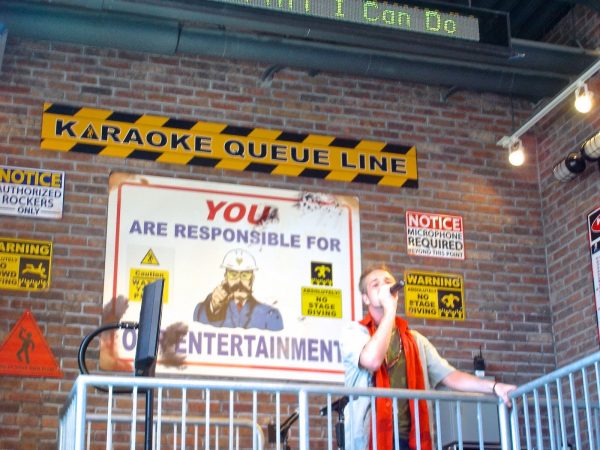 The ride cycle was quite short, featuring only 1,210 feet of track. The Ferris Wheel lift hill was only 50′ tall. Maximum RPM! did feature another theme park first, the “Karaoke queue,” which allowed park guests to pick from a pre-determined list of British Rock songs to sing. 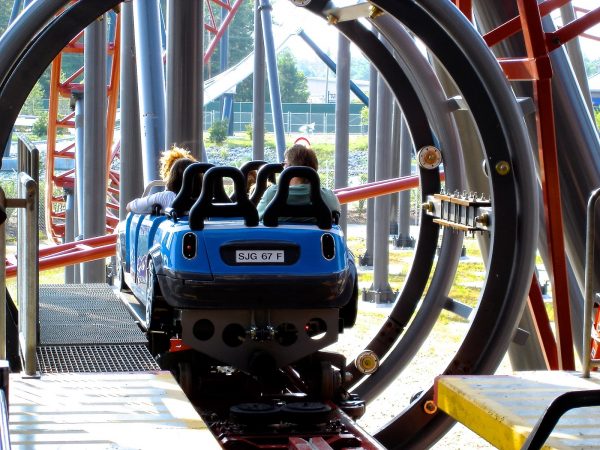 The ride vehicles, themed as Mini Coopers (which later caused a lawsuit from BMW, owner of the Mini Cooper brand) sat six riders and were equipped with on-board speakers from JL Audio. It featured a soundtrack that simulated changing channels on a radio, but only featured British recording stars, keeping with the British Invasion area’s theme. After listening to a short clip of a song, the channel would change and move on to another song, possibly to avoid paying full song licensing fees. 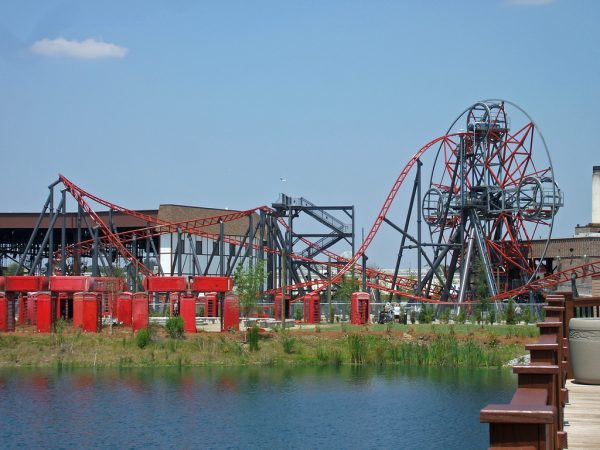 New Beginnings! Max RPM/Round About is headed to a new home. Can you guess where it's going? pic.twitter.com/zArTSZLMS1

Maximum RPM!, along with many other Hard Rock Park attractions, were sold to Asian Park in Vietnam. According to RCDB, it will be known as “Paradise Falls” when it opens in 2016 (likely 2017, since 2016 is almost over.) 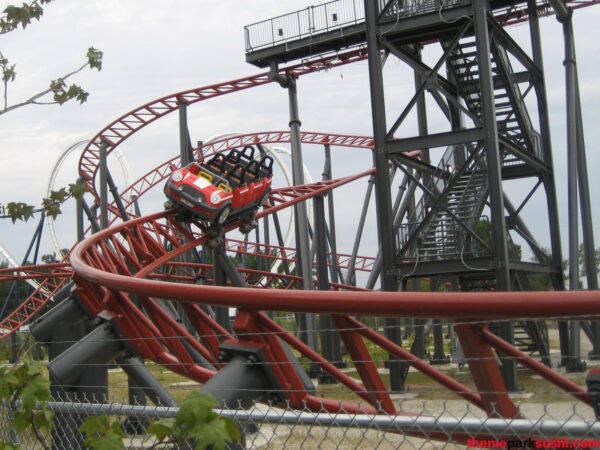 You can take a virtual ride on Maximum RPM! below.

Did you make it to Hard Rock Park or Freestyle Music Park to ride Maximum RPM before it closed? Let us know in the comments below, and come back next week, as we look at the letter “N.”