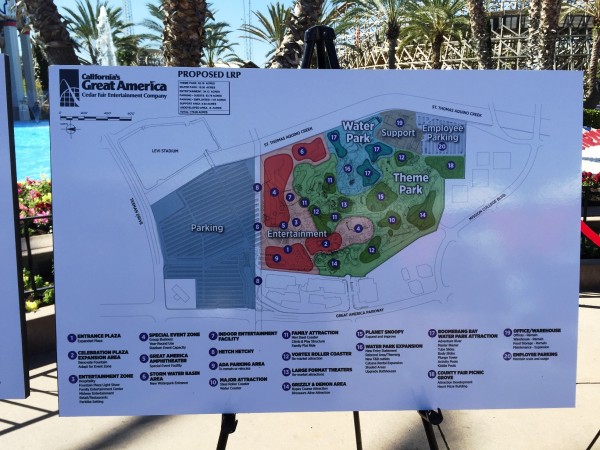 And now, we know even more about what could come to the Northern California park in future years. The park submitted plans to the City of Santa Clara with the rezoning request and environmental reports earlier in the fall.

What’s included in those documents is quite interesting: 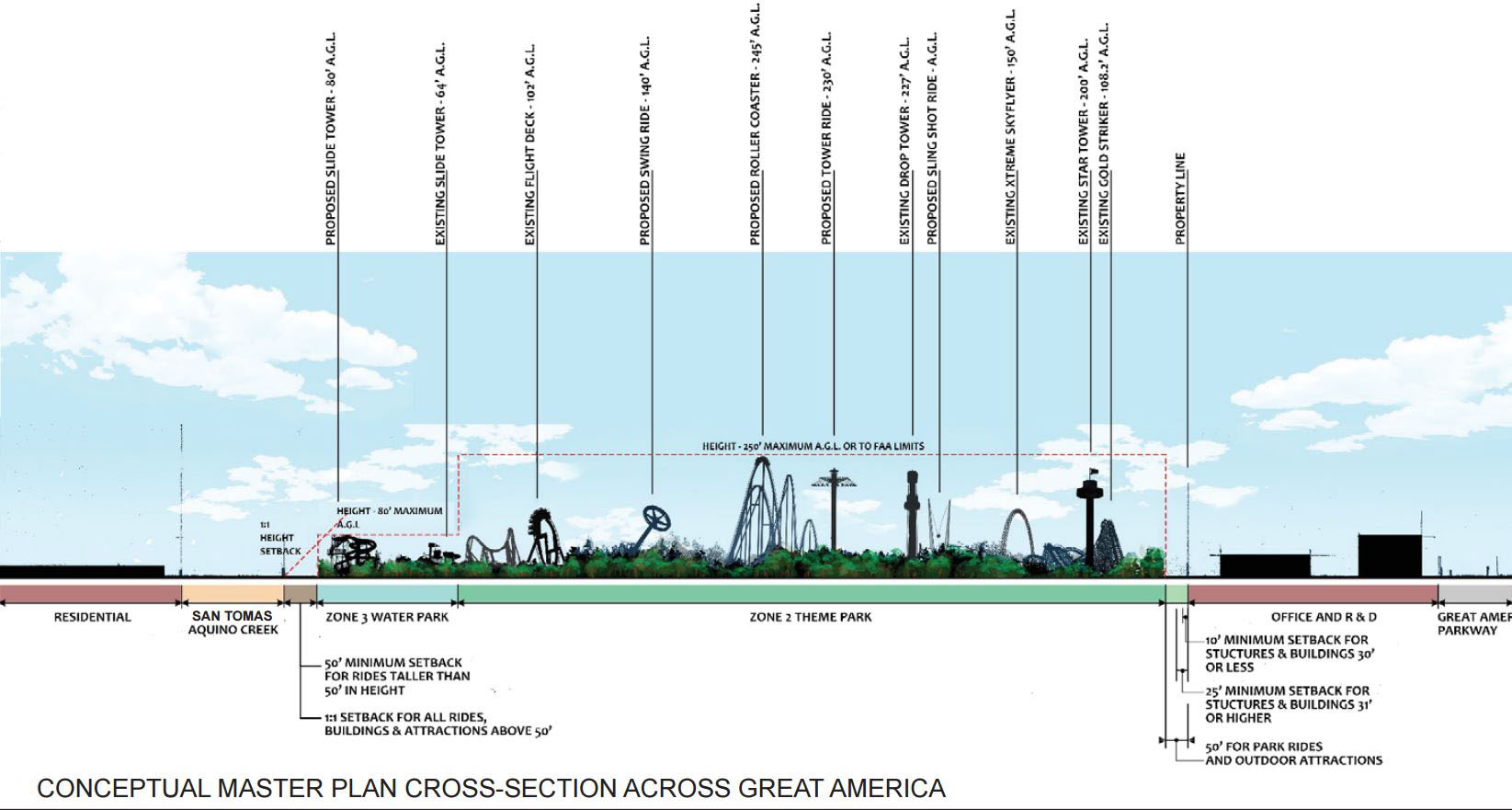 The cross-section diagram above reveals how California’s Great America’s skyline could look if the master plan is approved.

Some of the additions and enhancements would include:

The plans also note future “increased noise” around the park’s Grizzly wooden coaster, which could possibly mean a Rocky Mountain Construction (RMC) conversion could be in store.

Besides new capital investments, the park would also be able to change how and when it operates.

The “PD” zoning would allow the park to operate year round. Daily operations hours — including all rides, attractions and entertainment venues — would be extended to 10 a.m. until 1 a.m. The amphitheater would be allowed for concert and event use from 10 a.m. until 11 p.m. on Friday and Saturday nights (10 a.m. to 10 p.m. Sunday through Thursday).

The park’s Boomerang Bay water park would also be allowed to operate after dark — until 10 p.m. — thanks to new “safety lighting” that would be installed.

The proposed commercial and entertainment district would also have year-round operations and could be open daily from 6 a.m. until 1 a.m.

Special events and overnight private events such as corporate buyouts and Grad Nights (no more than 24 per year) would be exempt from these operating time constraints. But no exterior rides would operate after 1 a.m.

The City of Santa Clara Planning Commission will hold a public meeting on the rezoning request and the included environmental report next Monday, Dec. 19. The City Council will make their decision on another public meeting in late January 2017.

You can see all of the proposal and rezoning documents on the City of Santa Clara’s website.

This proposal seems like a win-win for both the park and the community, so I hope that all is passed smoothly so work can begin on this plan.

What do you think about the California’s Great America master plan? Share your thoughts in the comments section below.