The white figure-eight originally opened in 1950 at Kiddieland in Melrose Park, Illinois — just west of Chicago. When Kiddieland closed in 2009, Six Flags did the unexpected and saved the historic coaster from the wrecking ball. 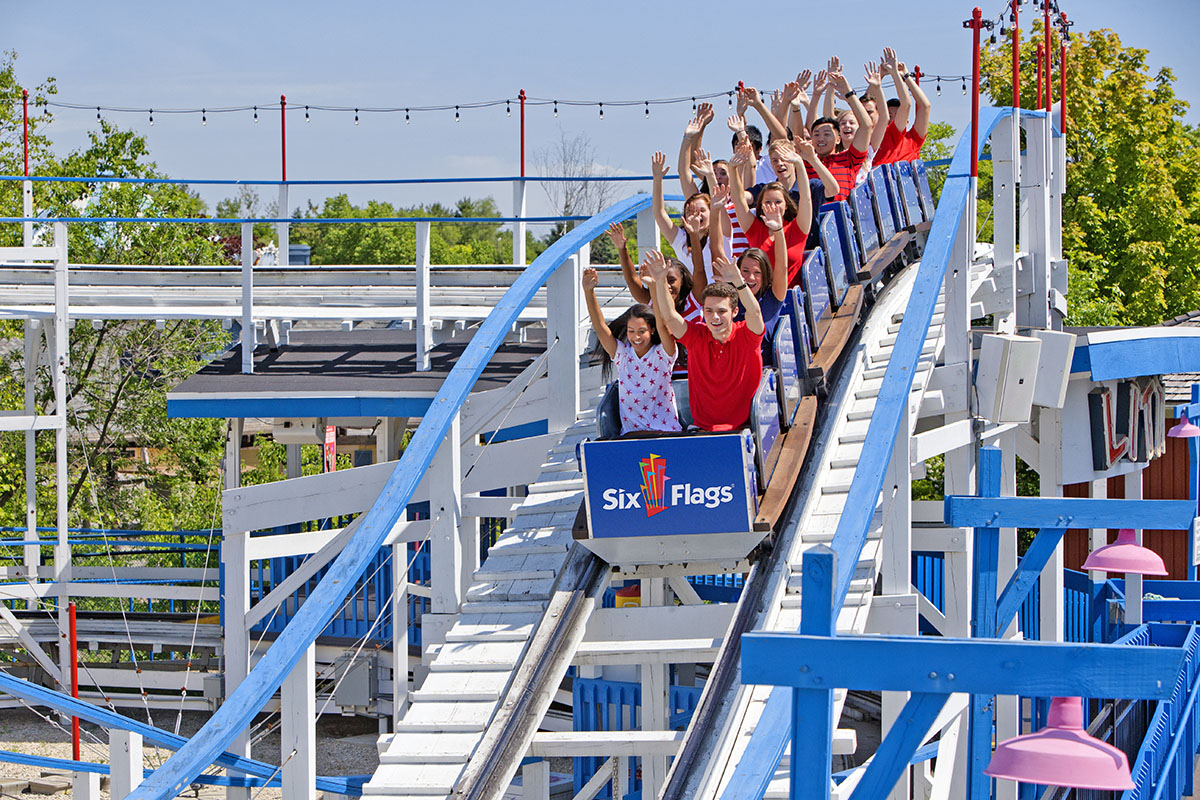 Little Dipper was designed by the legendary Herbert Schmeck, the designer of countless wooden coasters, including Phoenix at Knoebels’ Amusement Resort and Comet at The Great Escape. 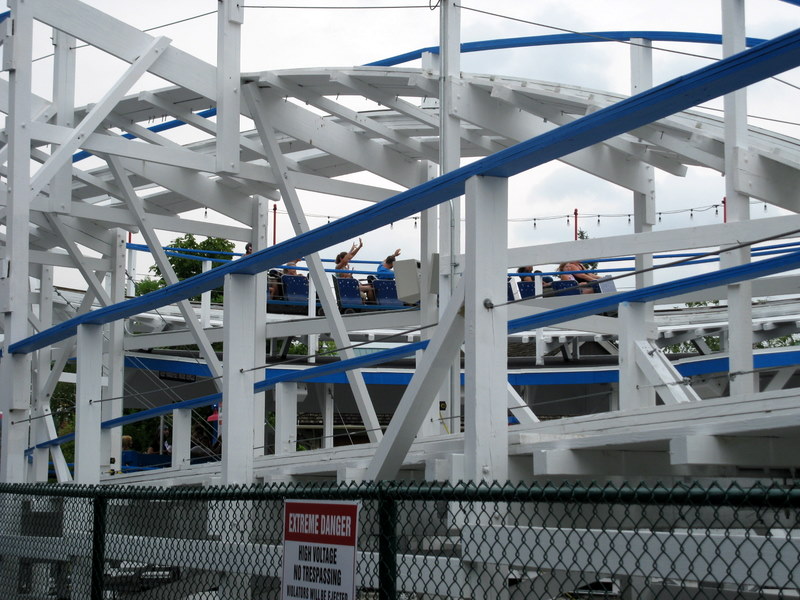 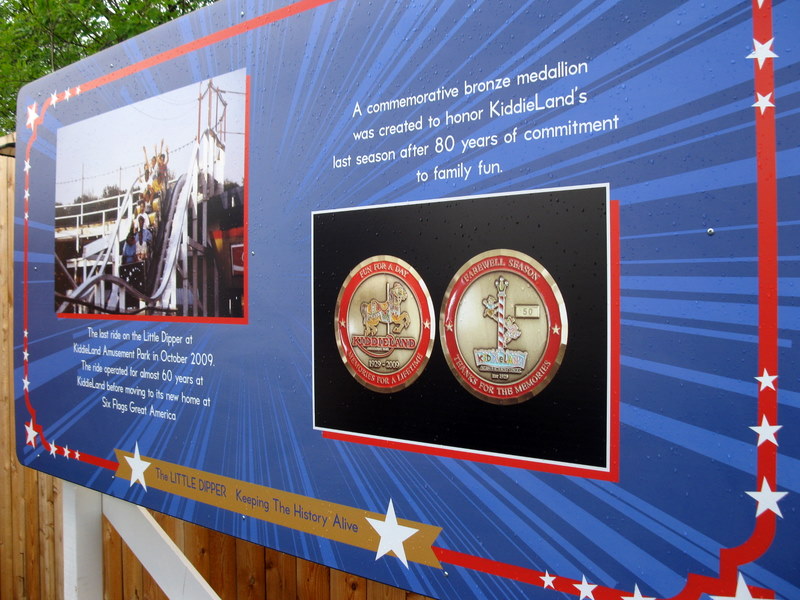 The park did a tremendous job of honoring Little Dipper’s past. Guests in line are treated to an overview of the coaster’s history. 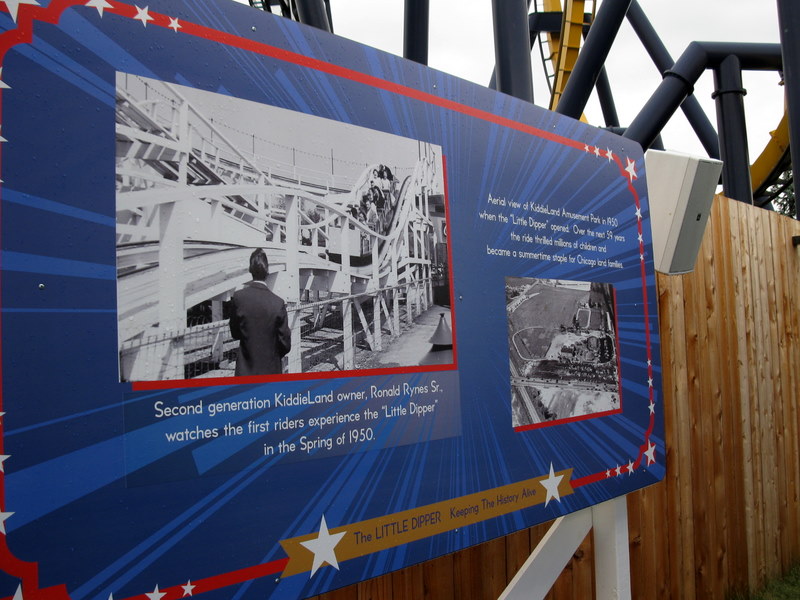 Six Flags as a chain is not known to save roller coasters from closing amusement parks. In fact, I’m not sure of any other Six Flags park that has done this (please correct me in the comments section below if I’m mistaken).

But that’s why Six Flags Great America is one of my favorite parks in the Six Flags family. 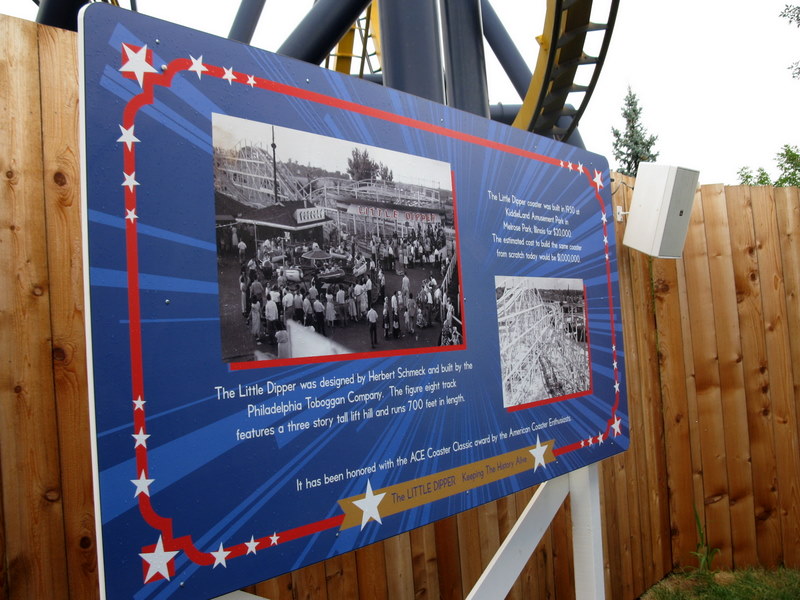 Have you ridden Little Dipper in its current or previous home? Share your thoughts about the coaster in the comments section below.