Motiongate Dubai won’t officially open until December, but we’re getting a closer glimpse at the theme park as finishing touches are added to the 27 movie-themed rides and attractions, including five roller coasters.

See the new photos, divided by area, below: 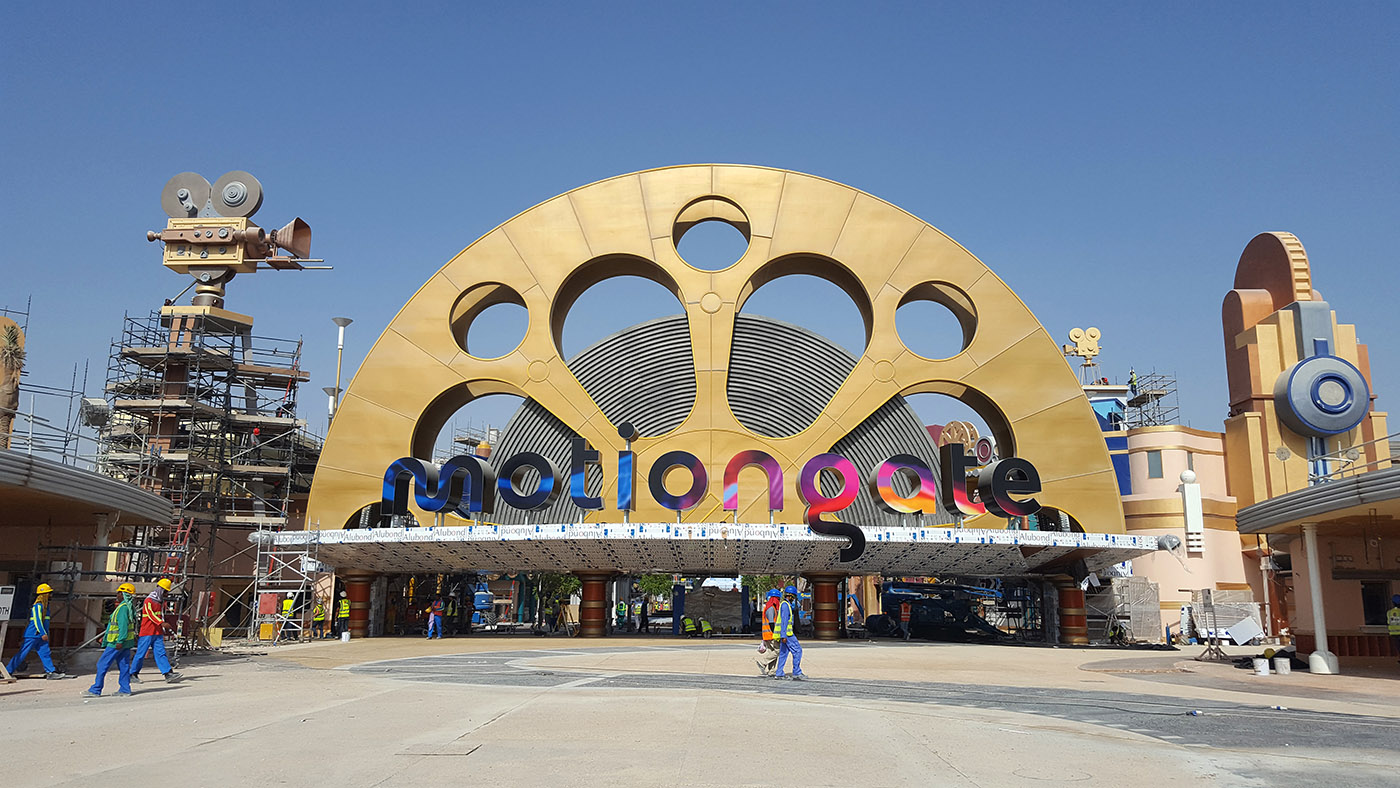 The park’s iconic movie-reel entrance will offer a stunning welcome to guests as they enter the park. 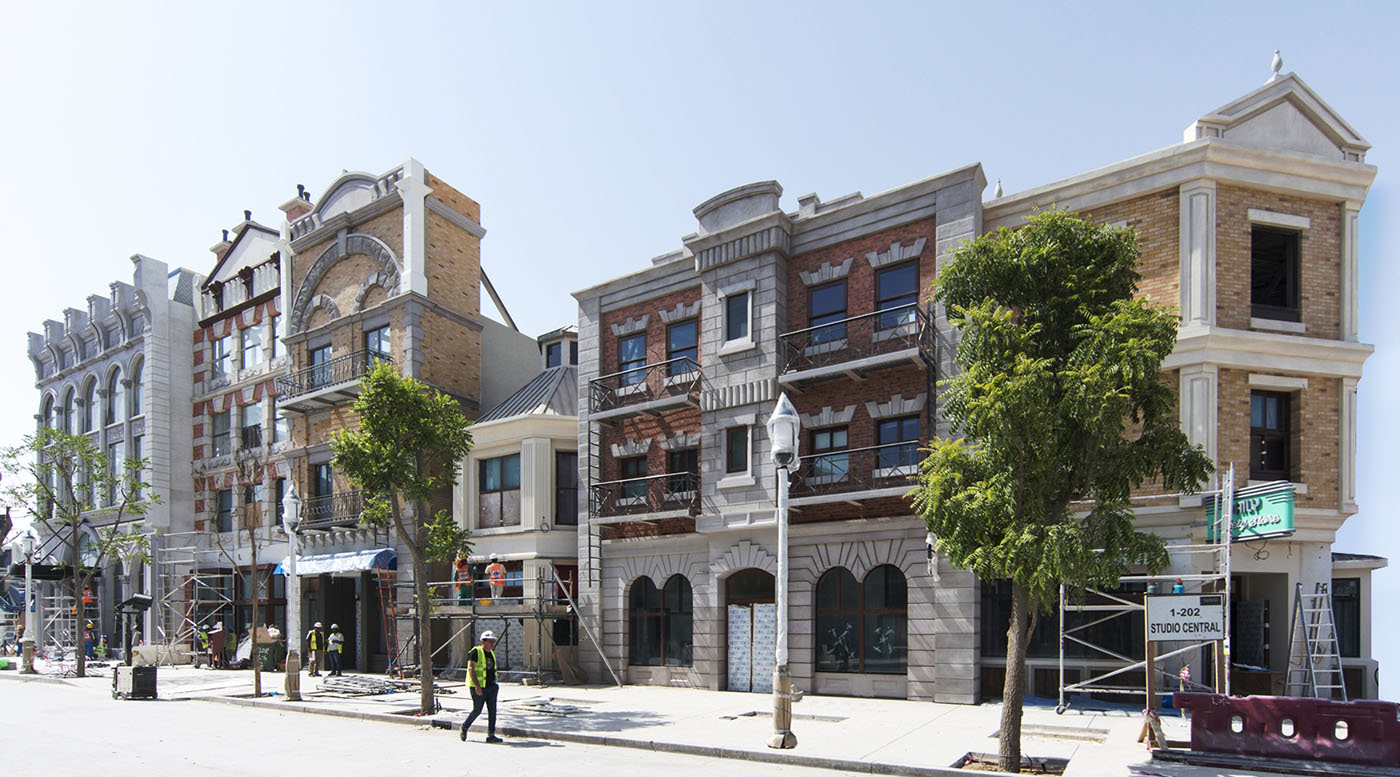 Inside the entrance, the Studio Central area will feature working movie sets. 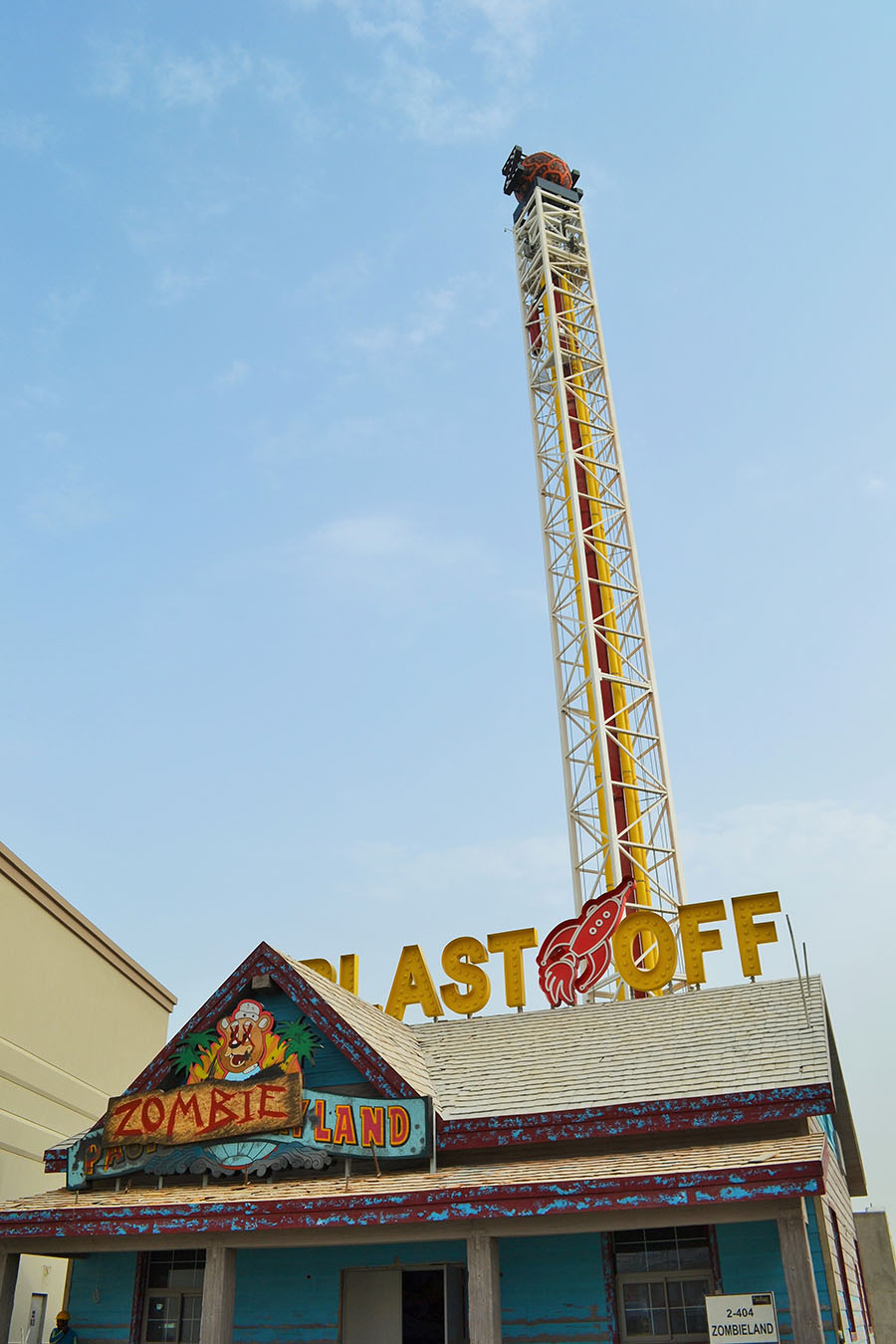 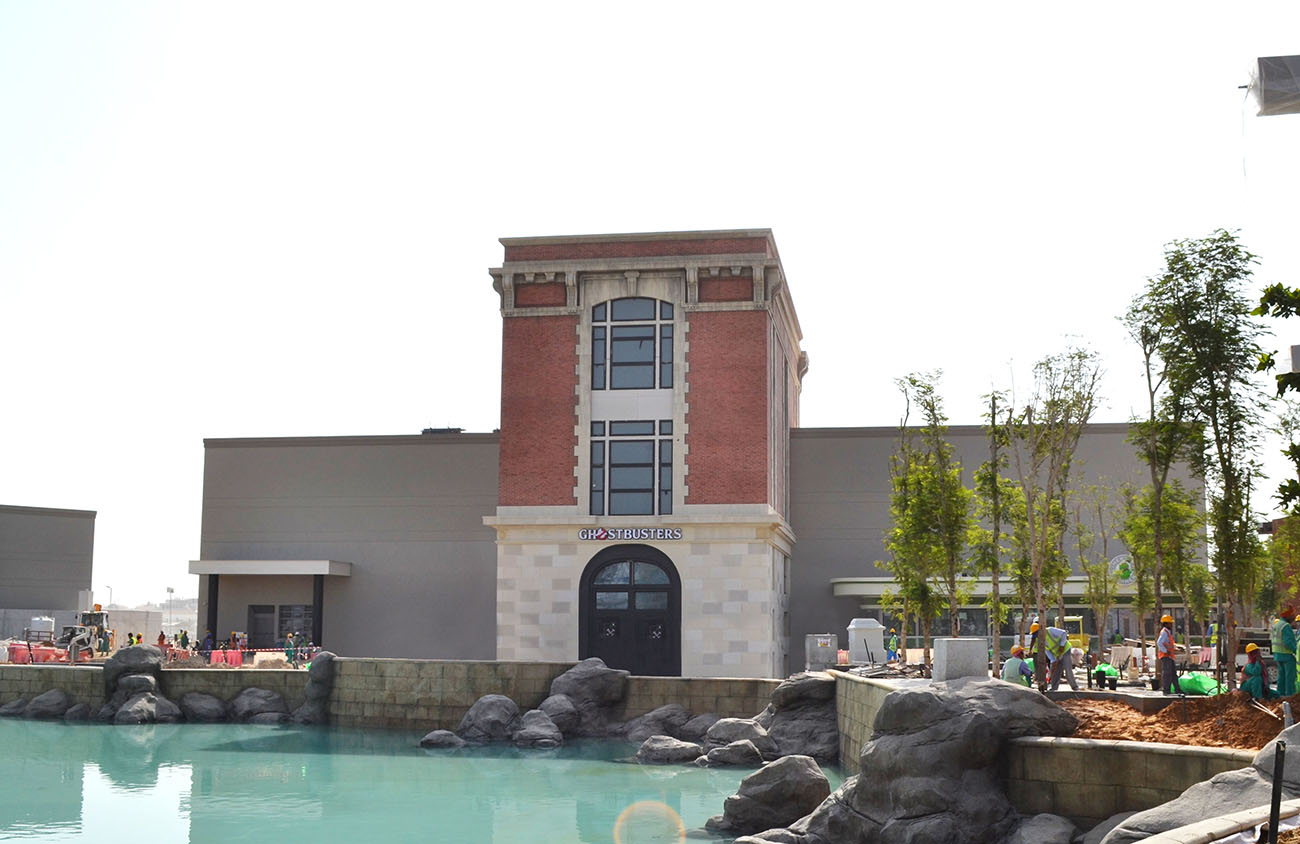 Ghostbusters: Battle for New York is an interactive dark ride taking guests through the streets of New York. Learn more about the Ghostbusters dark ride here. 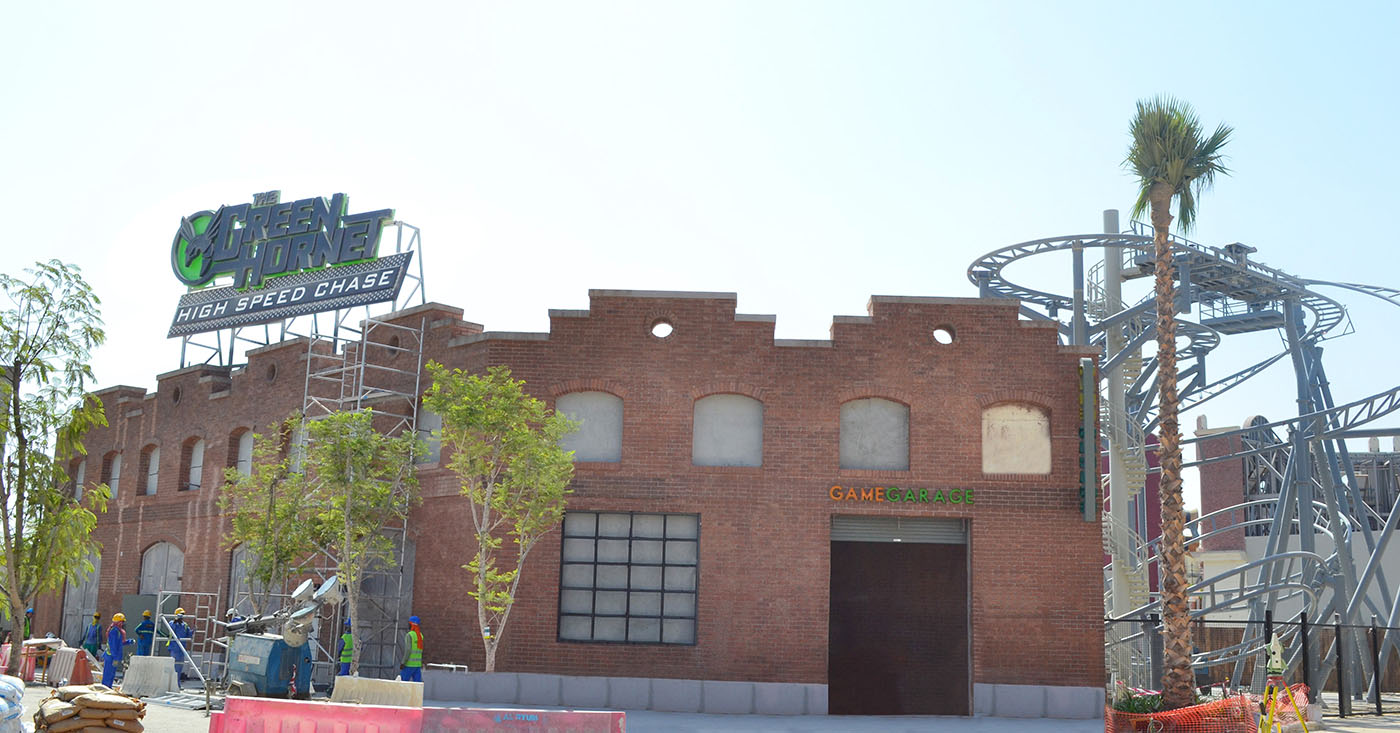 Green Hornet: High Speed Chase is a Gerstlauer “Bobsled Coaster” similar to a wild mouse — each car will seat four riders in two rows of two. 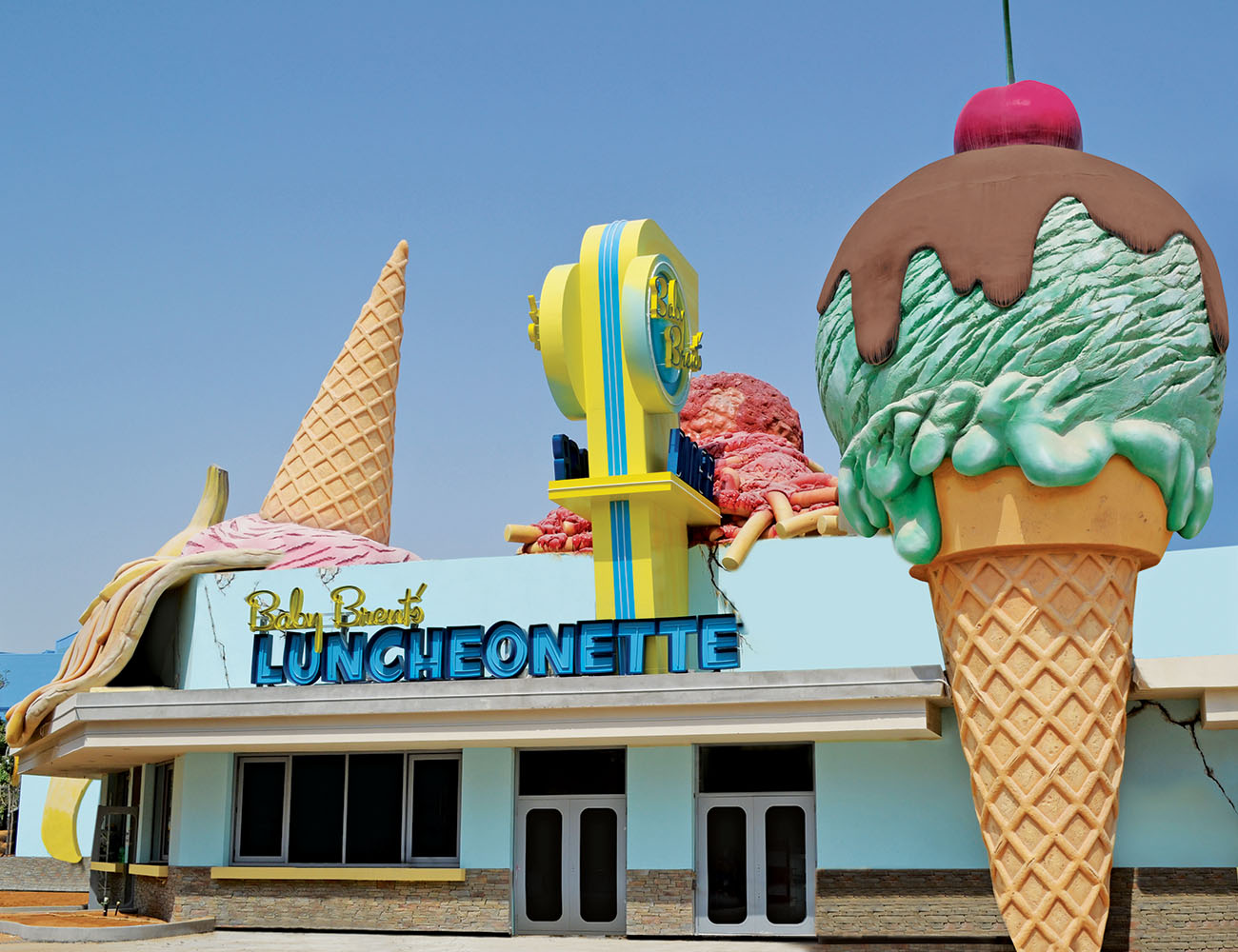 The Cloudy with a Chance of Meatballs-themed Baby Brent’s Luncheonette restaurant will serve Italian fare. 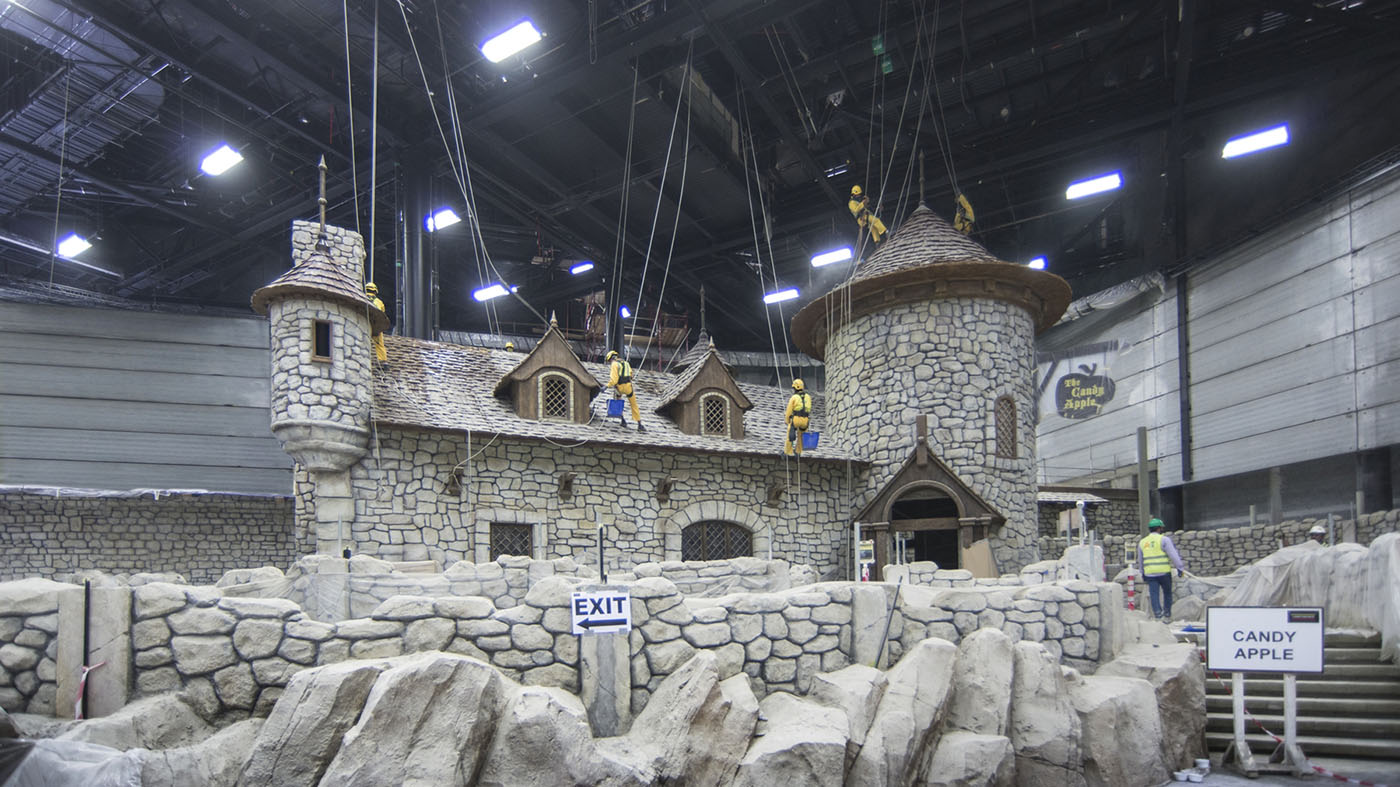 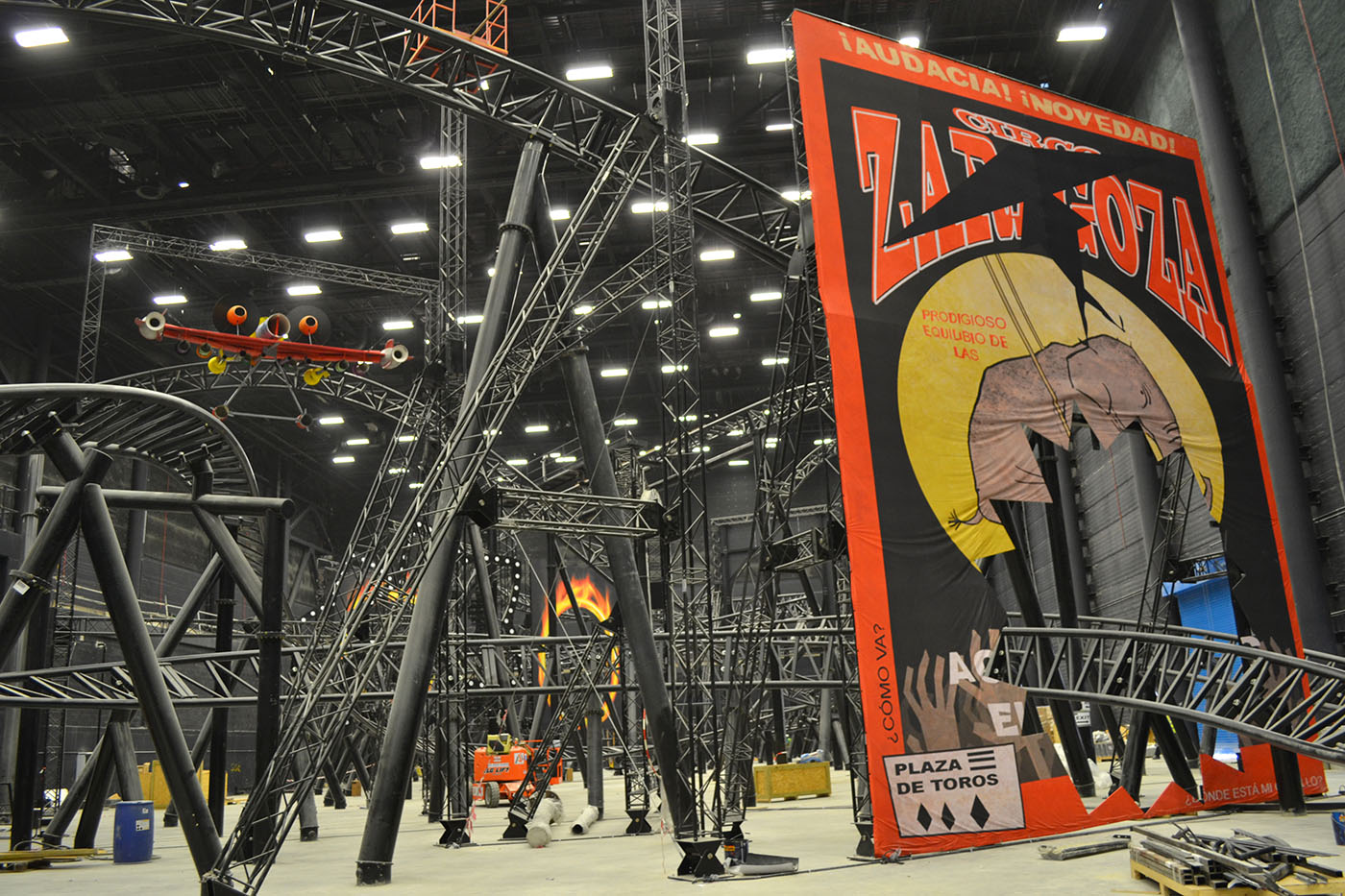 Although no specifics about the Madagascar Mad Pursuit are known, the Gerstlaur indoor roller coaster will likely be of the launched variety — possibly one of the company’s Infinity coaster models. 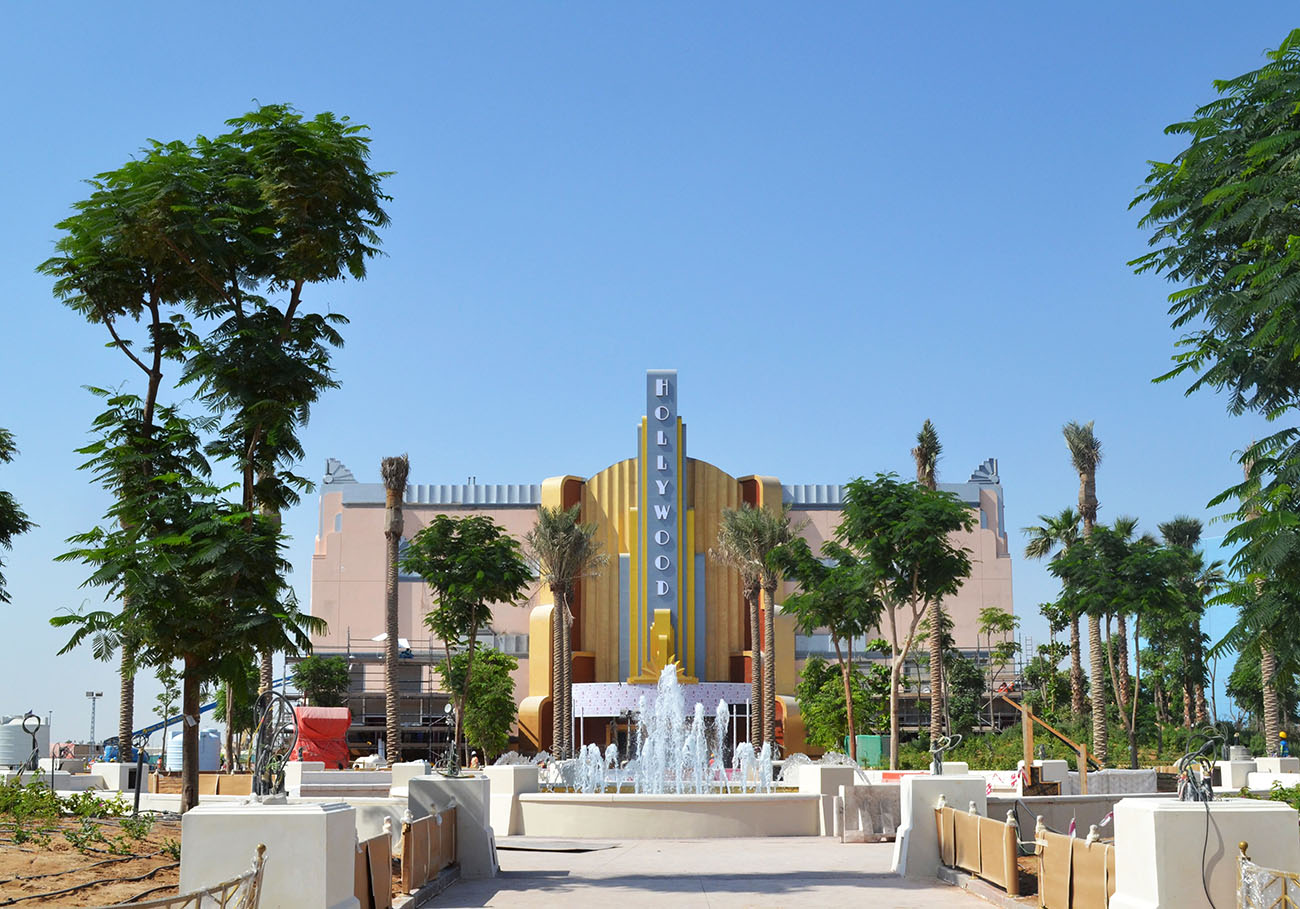 The Hollywood Theatre will seat 1,000 guests for live stage shows such as the hip-hop-infused Step Up Dubai, All In. 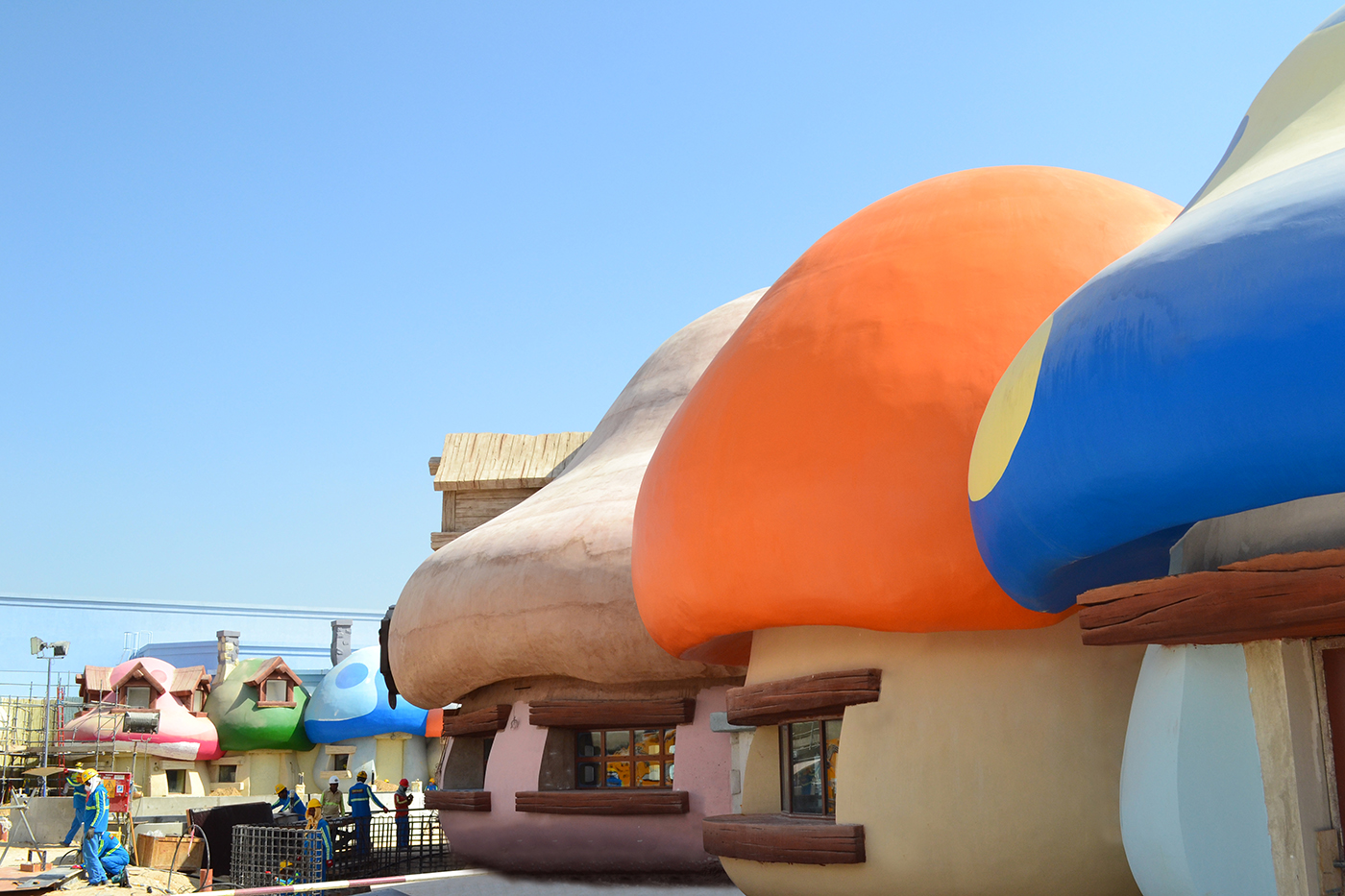 Smurfs Village will immerse guests in the world of the blue-colored creatures.

Motiongate Dubai is only one component of the Dubai Parks and Resorts destination. It will join Bollywood Parks Dubai, a Bollywood movie-focused park; Legoland Dubai, including a Legoland waterpark; Riverland Dubai, a retail and dining district; and Lapita Hotel. And in late 2019, Six Flags Dubai will open as the region’s first Six Flags park.

What do you think of Motiongate Dubai now that the park is nearly complete? Share your thoughts in the comments section below.