Joker will stand 120 feet tall and will feature a vertical lift hill. Riders will invert at least six times as they navigate “exhilarating leaps and dives along a horizontal plane, with unexpected drops as they tumble from one level to the next.” 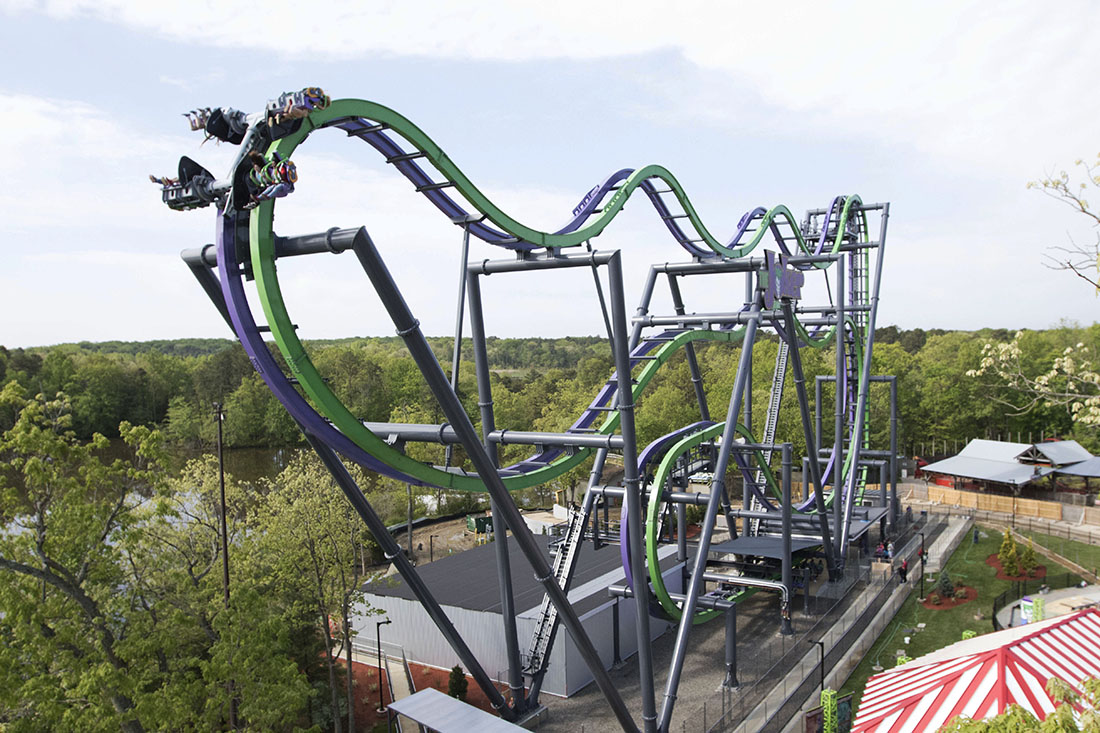 “Not only does The Joker: 4D Free Fly Coaster utilize the latest innovative technology, it is highly interactive and will deliver something new for every rider,” said Six Flags New England park president John Winkler.

“This is a great complement to our existing ride offerings and should be quite a hit with thrill-seekers. The unpredictable tumbling will add a new element as riders travel along the plunging and swirling track,” said Park President John Winkler.

The Joker: 4D Free Fly Coaster features a massive and twisting track frame, in which ride vehicles begin their journey by traveling up a 120-foot elevator-type lift before being released for their highly unusual sensory journey – including two beyond-vertical free falls, in addition to four to eight head-over-heels flips. The Joker: 4D Free Fly Coaster is one of the most exciting thrill rides in the park’s history.

What do you think about Six Flags New England’s 2017 plans? Share your thoughts in the comments section below.