It’s that classic “fairy tale” love story we all know and love.

Boy proposes to girl, and then they get married on top of the world’s tallest and fastest giga coaster and live happily ever after. 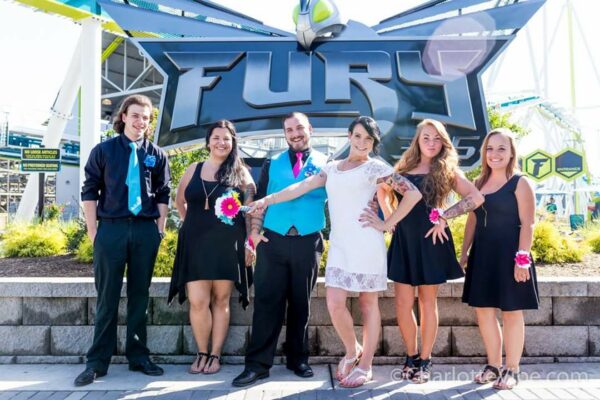 For James Music and Cortni Monroe, of Mt. Airy, NC, this fairy tale became a reality as they got married while riding Fury 325 at Carowinds on July 14.

After dating for a few months last year, the couple realized they never truly had a real “first date,” and therefore spent their first date at the park in Spring 2015.

“James and I both love Carowinds and thought it would be a great idea for us to take a mini vacation for the weekend,” Cortni told me via email. “He and I both instantly fell in love with FURY 325! We would get off the ride, just to get back in line again just to ride it. We rode Fury 325  12 times the first day, and countless times the second. James jokingly told me ‘one day, I’m going to marry you on this coaster’!” 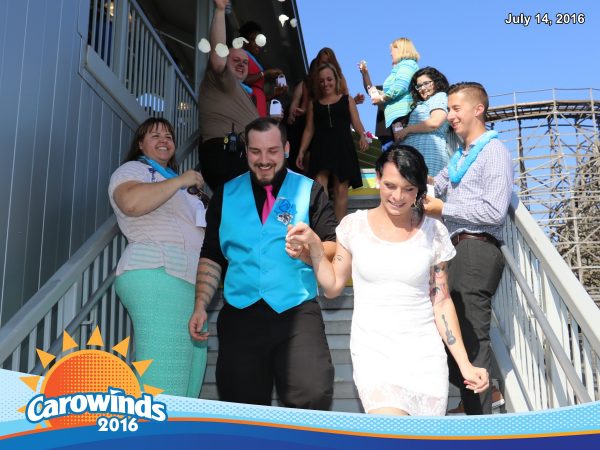 Fast forward to Christmas Eve 2015, where the two were spending time at a friend’s house when James “popped the question.”

“He gave me a Zales box and I instantly started sobbing. I opened it only to find a RING POP!” she said. “I got a little embarrassed, and then he got down on one knee and pulled the real ring out of his pocket! I said yes!”

While planning their wedding, James and Cortni knew they wanted to have a small ceremony.

“We had planned on having a small five to ten person wedding, nothing fancy….just a simple country barn-style get together. But the more we planned, the more we realized that simply just wasn’t ‘us’.” Cortni wrote. 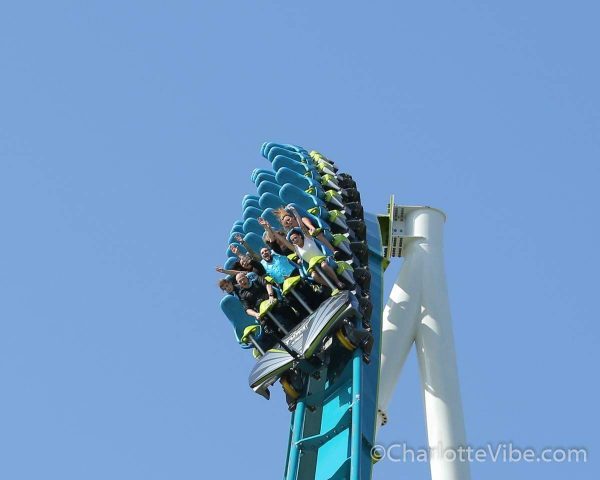 Eventually, James’ joking prediction of marrying Cortni on Fury 325 became less of a joke and more of a viable option.

“No matter what idea we came up with, nothing fit, and we kept coming back to the Fury 325 idea, so I called Carowinds,” Cortni said. “It took a few days of phone tag, but I finally spoke to Laresa [Thompson, Carowinds Public Relations Manager]. She made everything so simple for me, and took it upon herself to make our day amazing!”

One of the key elements of any marriage is a wedding officiant, and with a unique setting like that of Fury 325, I asked Cortni if she and James had any trouble finding a minister who would officiate a wedding ceremony from 325 feet in the air.

“It wasn’t as bad as I thought it would be,” she said. “We spoke to a few ministers. Only one or two were opposed to the idea. The minister who married us is actually the husband of a close friend of mine and he was extremely excited about the idea. Robert was such a great sport and pleasure to work with!”

About 95% of the wedding ceremony took place on Fury 325 or the ride’s platform.

“We did the whole ‘walk down the aisle’ thing and the opening introduction from the minister on the platform,” Cortni said. “Then Robert instructed the bride, groom, and wedding party to enter the ride. Everyone got on the ride and it started its ascent. The minister read an extremely sweet bible passage from the book of Corinthians, which was followed by the vows and the ‘I do’s’.” 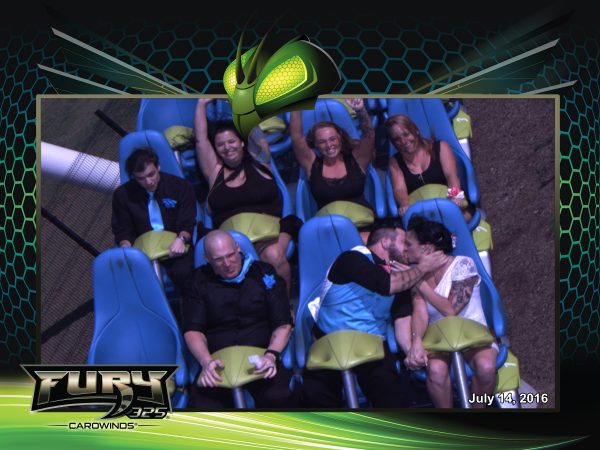 The minister, bride and groom rode in the front row of Fury 325. The rest of the wedding party was seated in the second row. Cortni’s cousin, the maid of honor, as well as her sister and a friend, who were her bridesmaids. James’ best man was a friend of his, and also the boyfriend of Cortni’s sister.

After their roller coaster wedding ceremony, Cortni and James spent the rest of their day at Carowinds. 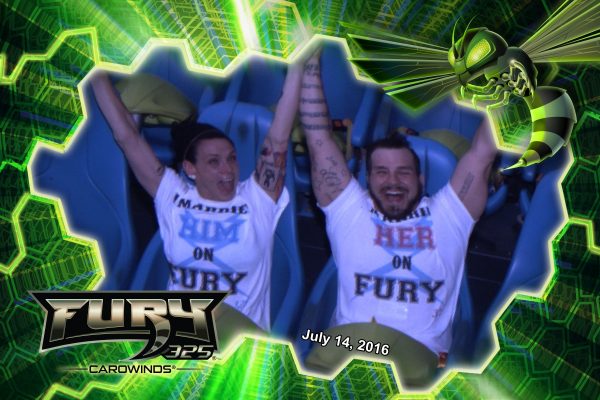 “We made it a point to ride Fury 325 a few more times, as well as checking every other ride off our list for the day,” Cortni wrote. “A few people recognized us. Laresa gave us both shirts that read “I married Him/Her on FURY 325″. So a few employees stopped us and asked if the shirts were true!”

“Claude (the lead ride operator for Fury 325) definitely recognized us. He even let us get on the coaster and have an entire train to ourselves, just the two of us. The crowd  all cheered and screamed for us as we rode!”

No wedding would be complete without a wedding cake, and the Carowinds culinary team worked their magic, and presented the newlyweds with a blue and green Fury 325-themed cake. 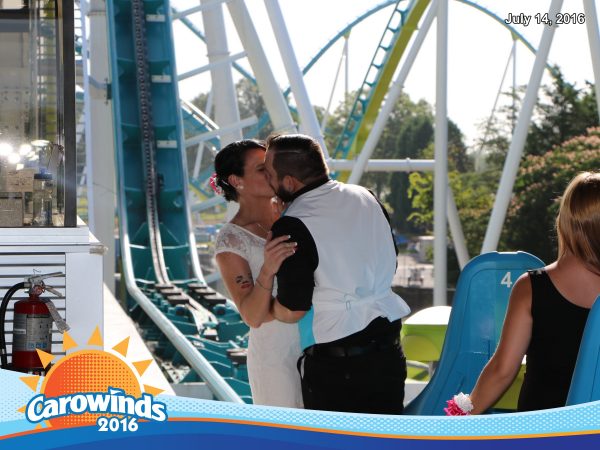 “I was completely unaware of the cake until Laresa told James and me that it was time to go cut the cake! The cake was not only gorgeous, it was delicious too!” Cortni said.

Though the couple isn’t sure where their honeymoon will be yet, relaxation was in their immediate future after their wedding day

“After the wedding, sleep was what we were excited about!” Cortni said. “After 3 days of staying up stressing, planning, and worrying about every detail, we were both relieved about coming home and going to bed for a day or so!”

One thing is for sure, though. James and Cortni will have a great story to tell for years to come!

Best wishes to the happy couple from all of us at Coaster101.com!