Six Flags has released new details about its Six Flags Dubai project, which is scheduled to open in late 2019 as part of the second phase of the Dubai Parks and Resorts development initiative. 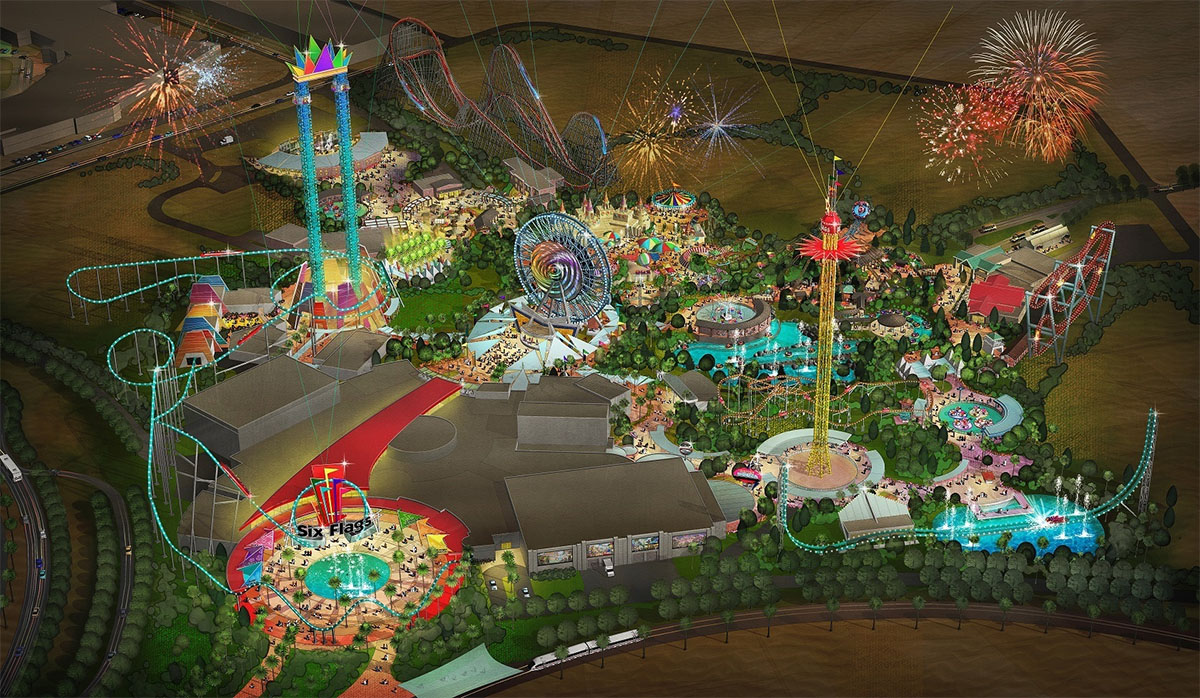 Six Flags Dubai will feature 27 rides and attractions. The park will include “world-record breaking roller coasters, water slides, shows and a variety of food offerings.”

“Through this collaborative partnership with Dubai Parks and Resorts, we are excited to bring innovation, entertainment and unmatched thrills to the Gulf Cooperation Council (GCC),” said John Odum President of Six Flags International Development Co.

He continued by saying:

As the largest regional theme park company in the world, we are dedicated to showcasing Six Flags Dubai as a world-class, one-of-a-kind theme park.

Guests will enter and exit the park through an impressive, state-of-the-art (and fully air-conditioned!) promenade which will offer a VIP mezzanine, space for private and catered events, as well as retail and dining. The area will be home to three attractions including the park’s signature roller coaster that will encircle the promenade.

Six Flags Dubai will be the first dedicated thrill park in the GCC (the political and economic alliance of six Middle Eastern countries—Saudi Arabia, Kuwait, the United Arab Emirates, Qatar, Bahrain, and Oman).

While specific details about Six Flags Dubai’s roller coasters and other attractions have yet to be released, the concept art overview of the park may shed some clues: 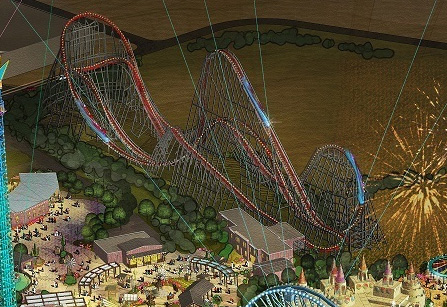 This coaster bears strong resemblance to Goliath at Six Flags Great America. And it doesn’t hurt that Six Flags included a picture of the record-breaking wooden coaster in the news release: 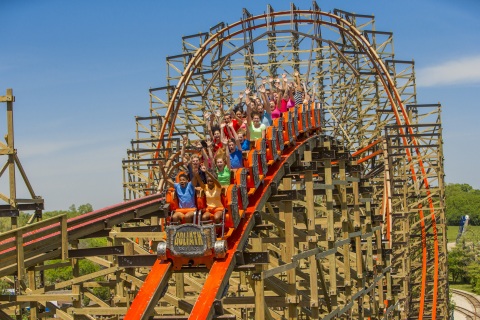 If it isn’t an exact clone, perhaps the layout will be modified to make this the record-breaker as referenced in the release. 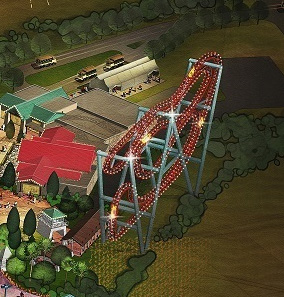 However, Six Flags seems to be going with S&S’s 4D free-spin coasters (such as the new-for-2016 Joker at Six Flags Great Adventure). This could just be a case of a crude rendering based on photos the artist was given.

If the rendering is anything like the final product, this may be a launched “Power Splash” water coaster by Mack, similar to Pulsar, which opened at Walibi Belgium this year. 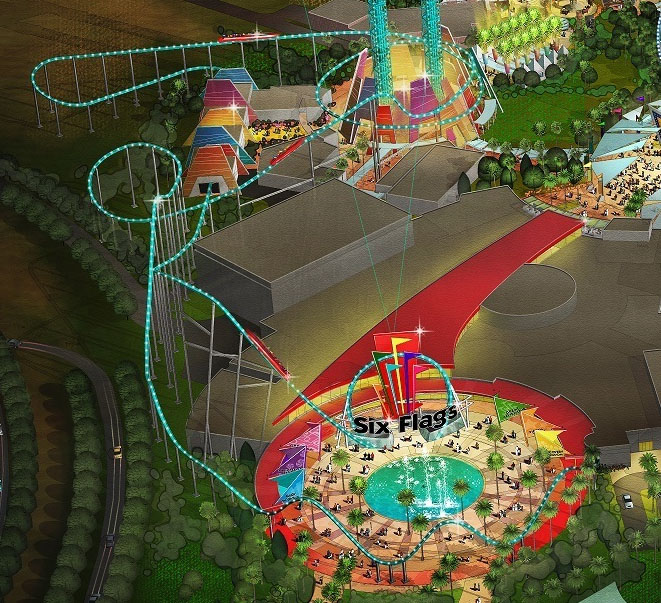 This one is a bit more tricky, as it looks nothing like anything ever built at a Six Flags park. It interacts with the entry plaza in a way that reminds me of Hollywood Rip Ride Rockit at Universal Studios Florida.

If I had to take a wild guess, I say this could be a Mack launched coaster. That would be plausible if the water coaster seen above is in fact a Mack water coaster. 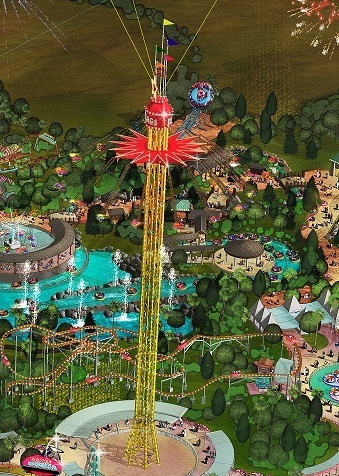 Of course, it wouldn’t be a Six Flags park without a Sky Screamer swing tower. It’s hard to gauge the height of this, but I think the 300-400-foot range seems realistic. I wonder though how Dubai’s winds will affect its operation.

The smaller coaster at the bottom is harder to decipher. It could be a Gerstlauer spinning coaster found at many Six Flags parks across the country.

What are your initial thoughts on Six Flags’ plans for its Dubai theme park? Discuss in the comments section below.