It’s the day many have been patiently waiting for: Kentucky Kingdom’s Storm Chaser coaster has begun testing!

The Rocky Mountain Construction I-Box coaster, using the structure of the park’s former Twisted Twins wooden roller coaster, is well on its way to welcoming guests. 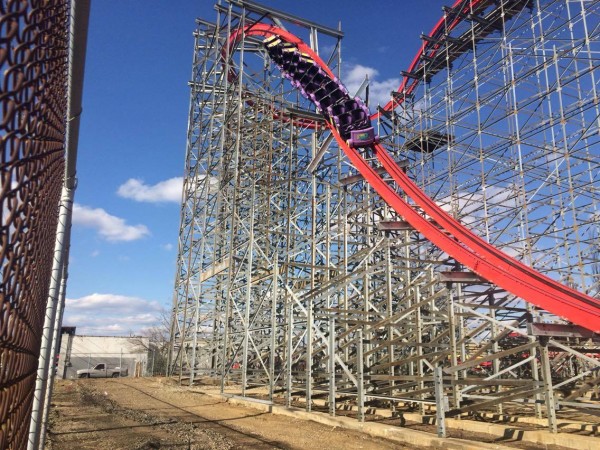 Perhaps the most (or at least one of the most) bizarre elements on the coaster is the “Barrel Roll Downdrop” — the first of the coaster’s three inversions. Watch it in action below:

Storm Chaser is testing at @KentuckyKingdom and it looks AMAZING! Who's ready to ride? pic.twitter.com/kB8ljBSh7H

It’s the first of its kind in the United States, and will surely be one of the most unique first drops of any roller coaster in the country.

Watch the Storm Chaser train navigate through the middle of the 2,744-foot-long course in the video below:

That 140-degree stall (seen in the video and in the photo below) will no doubt provide some “head chopper” effects with scaffolding-like support structure. 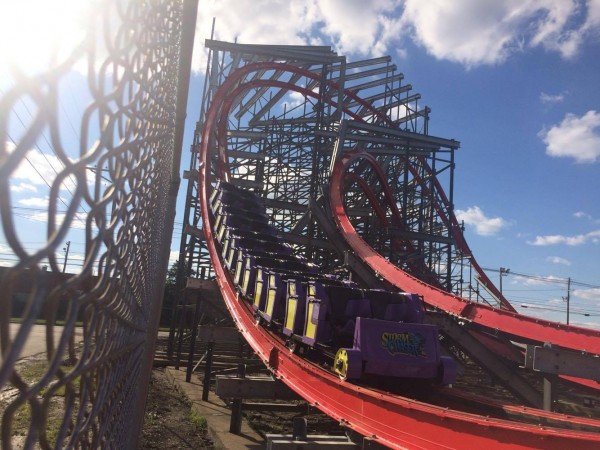 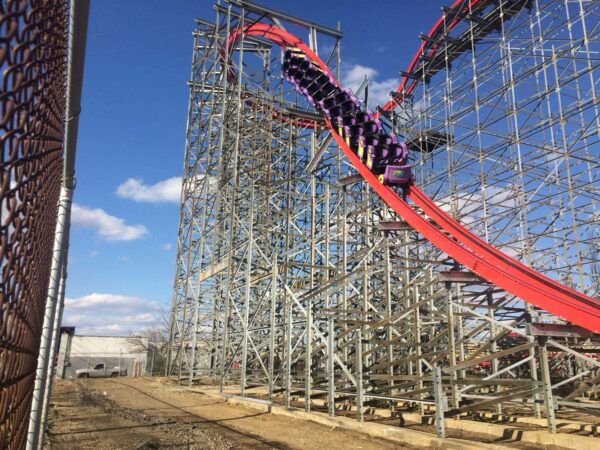 Special thanks to Jason Slone for sharing these photos with us!

Last week, the park shared a photo of the lead car of the ride’s blue train: 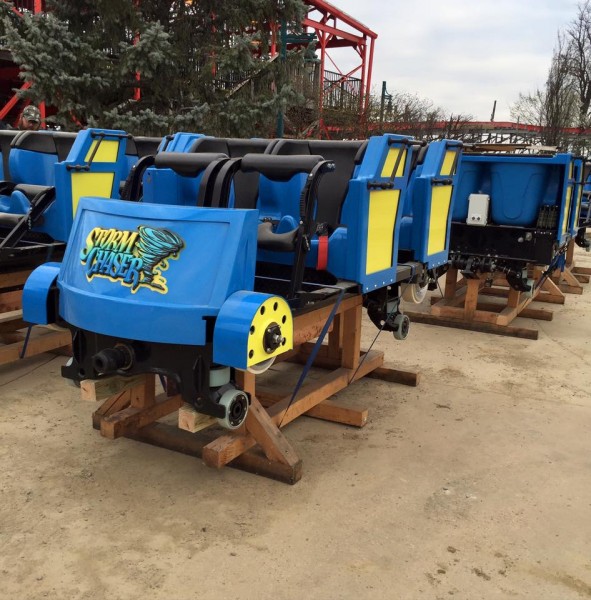 With testing underway, hopefully the coaster will be ready to open with the rest of the park on April 30! We’ll keep you updated as we learn more.

What do you think about Storm Chaser after seeing the coaster in action? Share your thoughts in the comments section below.