It was hinted earlier this year in financial calls by Cedar Fair that California’s Great America would be adding holiday hours and possibly staying open all year.  The first part of that has now been officially announced, with Great America revealing that in 2016 it will feature the first ever of what they’re calling “WinterFest”. 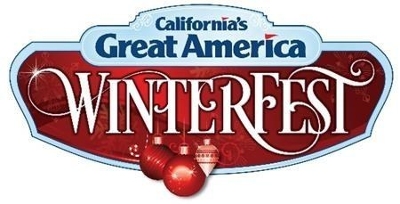 Not too many exact details have been revealed yet, but a few highlights were mentioned.  The press release mentions guests will be able to “skate in front of the iconic Carousel Columbia,” which sounds like possibly the giant fountain in front of the carousel will be iced over (unless “in front of” is being used loosely).  Additionally the park mentions multiple holiday shows, holiday food and drink, and a Santa’s workshop.  Maybe most importantly for fans, the park General Manager, Raul Rehnborg, said, “Mass Effect and WinterFest are the first of many exciting additions planned for Great America in the coming years.”  So it sounds like hopefully we’ll be seeing more additions and upgrades to the park in the future.  This is good news for California’s Great America, where the last new coaster is now three years old (although Gold Striker is still fantastic) and which competes with Six Flags Discovery Kingdom, which has been getting lots of headlines with their Rocky Mountain Construction Hybrid, the Joker, opening this Spring. 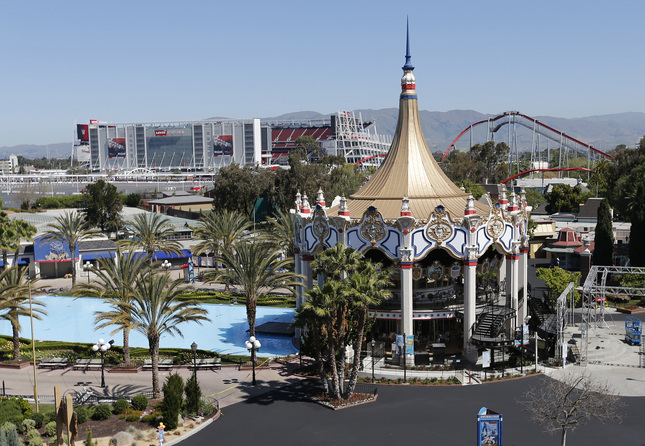 That fountain in front of Carousel Columbia would be a good place for a giant ice rink, right? (photo courtesy Bay Area News Group)

WinterFest starts November 25th (the day after Thanksgiving) for weekend operations, and will have daily operations from December 19th through 23rd, and then December 26th through 30th.  For coaster fans the best part about this might be the opportunity for lots of night rides on Gold Striker, which has limited lighting that I’ve seen.  I imagine the first tunnel will be extra awesome in the dark.  One more note, WinterFest will be free for Gold and Platinum pass holders, so it sounds like it might cost extra for regular season pass holders in the same way Halloween Haunt does, but no details on pricing are out yet.  You can read more about WinterFest on the park website, and keep your eye out for more details on the special events as the year goes on!