The Geauga Lake amusement park in Aurora, Ohio, last operated on September 16, 2007. Cedar Fair, the park’s short-term operator, later salvaged and auctioned off the park’s valuables, piece by piece. Many of the park’s roller coasters moved to other parks in the Cedar Fair chain. Other attractions, fixtures and other amusement-park essentials were sold to parks and companies far and wide.

The water park across the lake remained open (as it does to this day). The “dry side” of the park’s land was put up for sale. Cedar Fair anticipated big bucks for the sale.

But the Great Recession of 2008 largely halted that prospect. And now, nearly nine years later, what’s left of the park remains — paint pealing, wood rotting and plants overtaking the land once home to 10 coasters and numerous other attractions. 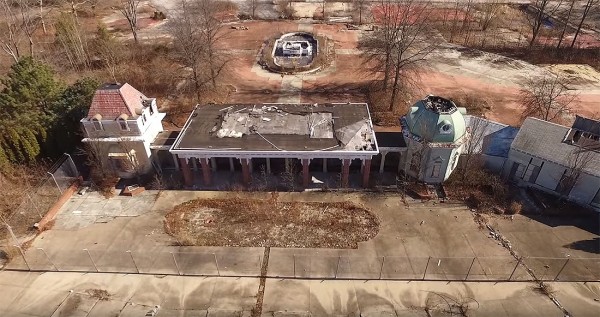 The entrance building has certainly seen better days. The park is of course fenced off, but thankfully the barriers are no match for a drone. 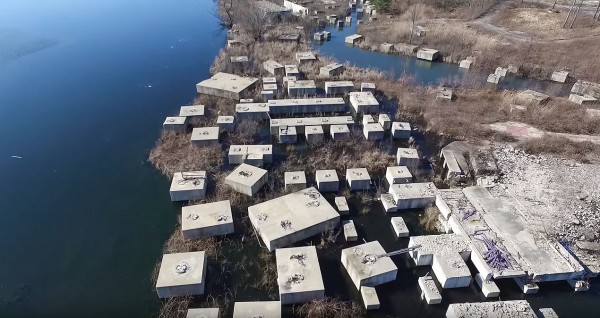 All that remains of the park’s Dominator floorless coaster (now at Kings Dominion in Virginia) are the massive concrete footers. 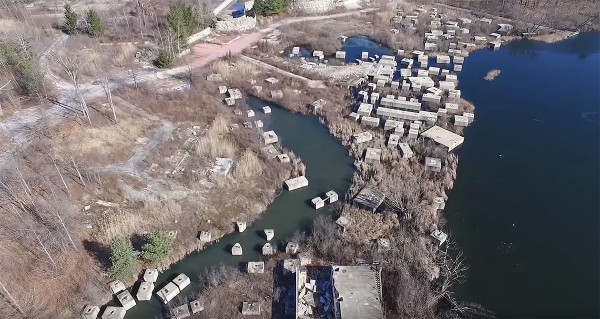 Similarly, only the footers remain from the Thunderhawk suspended coaster (now at Michigan’s Adventure). 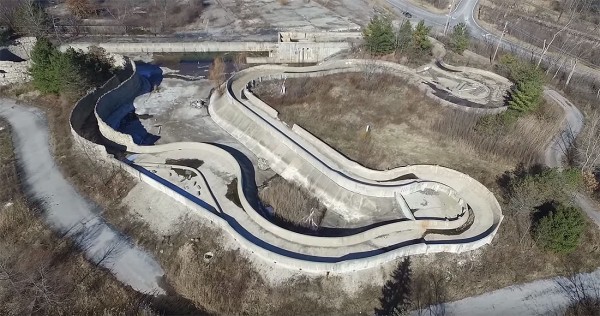 I believe this is the trough of the Grizzly Run rapids ride — please correct me if I’m mistaken. 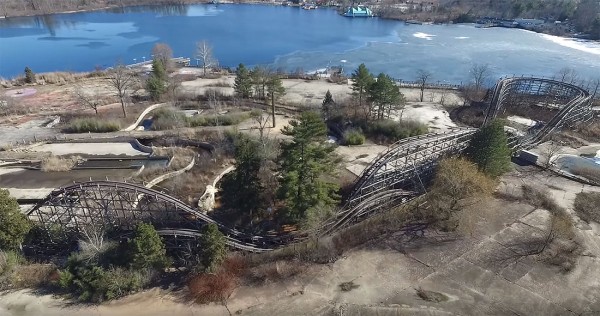 The park’s 1925 Big Dipper wooden coaster is the only coaster left standing at the park.

Fans of the rides have made repeated attempts to purchase, renovate and reopen the ride. Unfortunately, those efforts haven’t brought much change to the status of the coaster. But it’s still standing, which is a good sign. 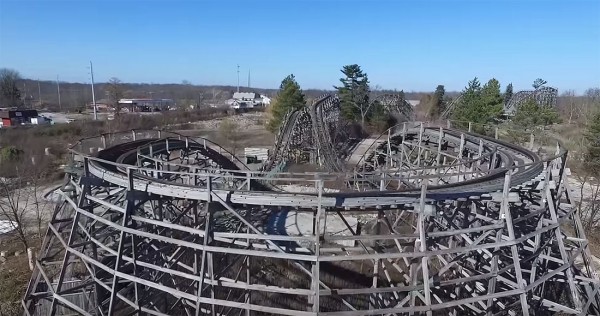 I’m no structural engineer, but I’ve certainly seen wooden coasters in worse conditions. Perhaps there is a sliver of hope remaining that it can be moved or reopened someday. Or at least given a tribute similar to Zippin Pippin at Bay Beach Amusement Park.

I can only hope that something of value becomes of this spot. I’m sure the residents of Aurora are tired of driving by this depressing site.

Watch the video of an abandoned Geauga Lake below:

I hope that whoever purchases the land and builds upon it (assuming the park isn’t salvageable) somehow pays tribute to the 120-year-old amusement park that once was.

If you’re interested in learning more about Geauga Lake and following the ongoing saga of what will become of the abandoned park, check out the Geauga Lake fan Facebook page.

What ideas do you have for Geauga Lake and its land? Share in the comments section below.