Our Favorite Moments from 2015, Part Two

It’s that time of year again — 2015 is coming to a close and 2016 is just around the corner. Every year we take a look back and reflect on the past year. In this two part series, each member of the Coaster101 will share a few of our favorite moments from 2015, and what we’re each looking forward to in the new year. If you missed Part One yesterday, Click Here to check out what John, Kyle, Eric, and Larry thought of 2015.

Coaster Credits Added in 2015: 2 (Seven Dwarfs Mine Ride and Thunderbird)

Ever since my son, Henry, was born two years ago I’ve only gone to a handful of parks each year and that trend continued in 2015 where I only made it to three parks all year. Every one of those trips was really memorable though. Despite only being a year-and-half old at the time, Henry was still able to go on eight rides at the Magic Kingdom. He really loved the train and the Christmas lights at Dollywood too.

The highlight of the year came while at Holiday  World where I got to watch my son go on his very first amusement park ride all by himself! Now he is constantly asking me to watch “rollers” on YouTube. I think it’s safe to say I have a future roller coaster enthusiast.

In 2016, I’m looking forward to riding three awesome new coasters not too terribly far from my home base in Ohio: Valravn at Cedar Point, Storm Chaser at Kentucky Kingdom, and Lightning Rod at Dollywood. My number one goal is to get on my first Rocky Mountain Construction coaster and with two opening under seven hours away, I think it will finally happen. I also hope we can start an annual tradition of having a Coaster101 team member meetup.

Hello everyone! 2015 was a sort of transitional year for me as far as my coaster fandom goes. Normally, my wife and I take at least a few coaster trips a year to experience the best coasters across the country. I usually make it a point to visit at least one new park each year. However, in January 2015 my wife and I welcomed our first son, Braylen, into the world. Let’s just say with the new addition to the family, I had to put our coaster trips on a bit of a hiatus! But, that didn’t stop me from visiting a few theme parks, especially locally here in Central Florida.

My first park trip this year was in April when my niece and nephew visited for their spring break. We went to Disney Hollywood Studios and Animal Kingdom. Despite living in Orlando for almost 10 years now, it was actually my first trip to Hollywood Studios. It had been a while since I’d been to Disney so I didn’t realize how much of a necessity it was to reserve rides well in advance using FastPass+. I unfortunately didn’t get to ride Rock ‘n’ Roller Coaster as I didn’t want to stand in line for 1-2 hours. However I did get to ride on Tower of Terror. Safe to say, I was completely amazed. I didn’t expect to experience the most airtime by far in the Central Florida area. Easily one of my favorite rides now. As for Animal Kingdom, of course I couldn’t visit that park without riding Expedition Everest and Primeval Whirl.

Next, I visited Busch Gardens Tampa in May to experience the Food & Wine Festival with a few friends and their families. We had 3 infants with us, so we spent most of the trip just enjoying the food, drinks, and scenery. However, I did manage to get in a ride on SheiKra, Montu, and Cheetah Hunt. I also experienced Falcon’s Fury for the first time!

In June, I was on travel in Virginia for work, and took an impromptu trip to Busch Gardens Williamsburg. I was solo for this trip, so I snagged a Quick Queue pass and got a ride in on every coaster in the park all within the span of  around 2 hours! This included getting a ride in on Tempesto, which was my only new coaster credit of the year. While Tempesto is definitely on the short side as far as ride time goes, the BGW staff did an excellent job of managing the queue (Tempesto wasn’t eligible for Quick Queue at the time). It definitely is a welcome addition to the park.

Finally, for the holiday season we took trips to Disney Magic Kingdom and SeaWorld Orlando to experience each park’s respective Halloween and Christmas events, Mickey’s Not So Scary Halloween Party, Mickey’s Very Merry Christmas Party, SeaWorld’s Halloween Spooktacular, and SeaWorld’s Christmas Celebration. These trips were more geared towards the wives and kids, so we spent our time enjoying the shows, food, costumes, and decorations. We all had a blast and definitely plan on making attending those events an annual family tradition.

4. My January Trip to Orlando. I visited SeaWorld for the first time in more than a decade and got my first rides on Kraken and Manta, both of which were great. I also had the opportunity to visit Walt Disney World, and take the Keys to the Kingdom Tour at the Magic Kingdom. I’m definitely what I would consider a “Disney nerd,” but I learned so much new information on this tour. I touched on a lot of it in my review, but I can’t recommend this tour enough for anyone who is interested in the history of Walt Disney World and intricacies of the Magic Kingdom. 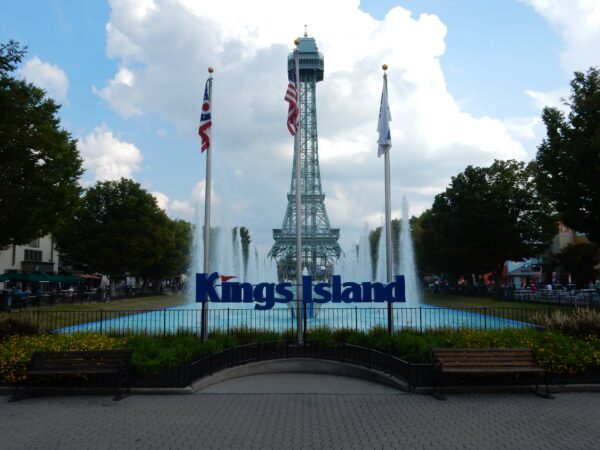 3. The Coaster101 Meet-Up and Trip to Kings Island. After the Coaster101 team met up at Holiday World, I traveled to the Cincinnati area and visited Kings Island for the first time. Even though Diamondback was closed, I toured the park like a madman, riding roller coaster after roller coaster (12 of the park’s 14) before I had to catch a flight back home to North Carolina. Of those 12, my favorite rides were on Banshee and the Bat, with the Beast a close third.

2. Covering my first “media days” for Coaster101.com in 2015. I had the opportunity to cover the opening of two brand new coasters this year, Fury 325 at Carowinds and Tempesto at Busch Gardens Williamsburg. I had a blast being among the first to ride these new coasters (though I almost missed out on riding Fury 325 at media day!), networking with other websites, and covering the respective events for Coaster101. The first rides on both Fury 325 and Tempesto were some of my favorite coaster rides of 2015. 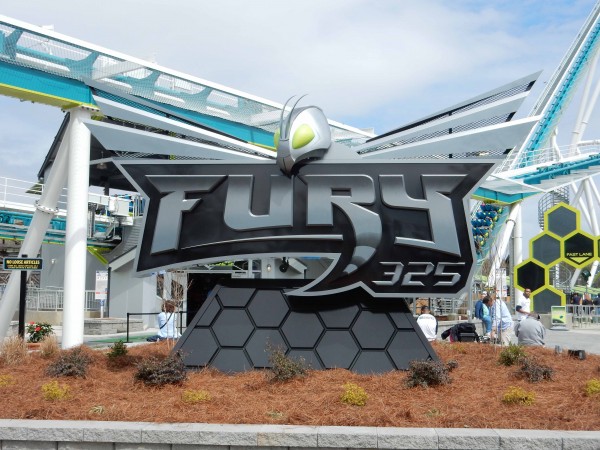 1) Being Selected as a Caroblogger. Carowinds created an ambassador blogger program in 2015, and I was lucky enough to be selected by Carowinds to represent Coaster101 (the only theme park related blog selected!) in the inaugural Caroblogger Program. Carowinds is my home park, and my selection as a Caroblogger definitely re-energized my passion for writing about it. There were definitely some cool opportunities (like my “Behind the Screams” tour of SCarowinds and Look at Offseason Maintenance earlier this month.)