More than three months have passed since Dollywood announced the record-and-ground-breaking Lightning Rod wooden coaster. While at the park over the weekend, I stopped by the construction site.

So how does it look?

It looks great! But spoiler alert: aside from the giant lift hill, not much else of the coaster’s layout is visible from the midway. 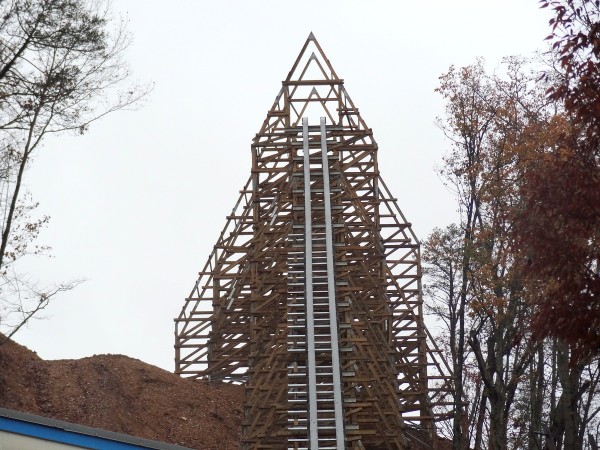 I’m not sure what the park plans to do with the peak over the lift-hill crest. If anyone knows, feel free to share in the comments section. 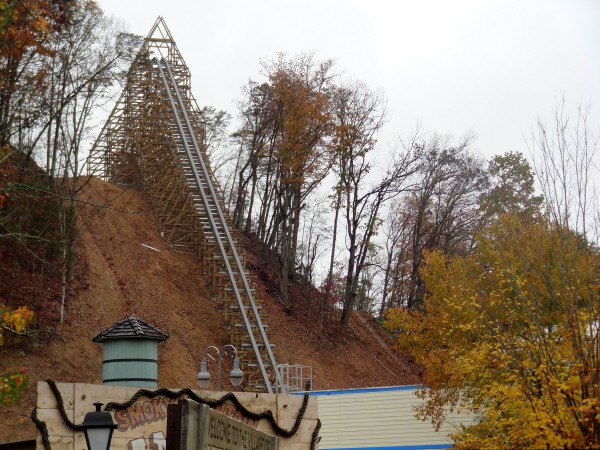 While the park’s last new coaster, FireChaser Express is as much a spectacle for onlookers as it is for riders, most of Lightning Rod’s action will take place outside the park and away from the midway. 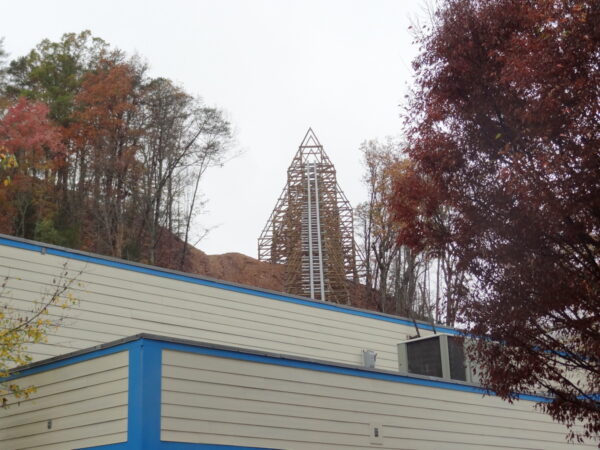 Perhaps Dollywood will invest in a observatory tower of some sort in the future that would give non-riders a better view. 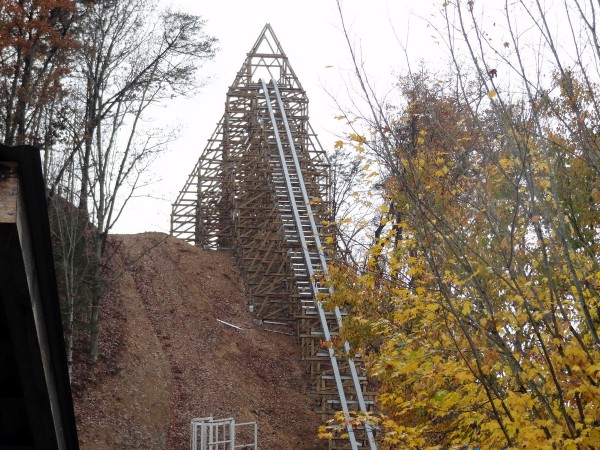 But for some, the mystery of not seeing what lies beyond the first lift might be alluring enough to push them to ride. 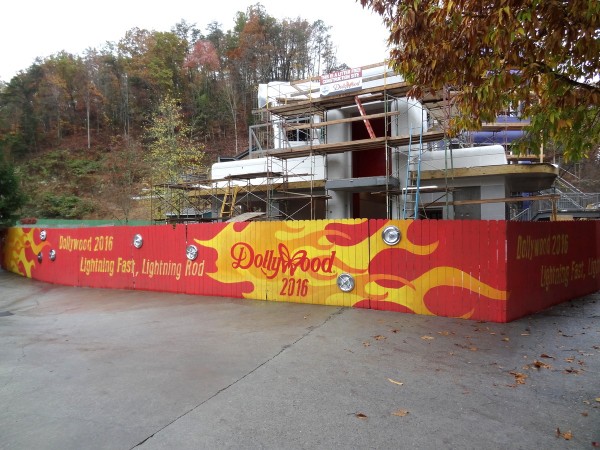 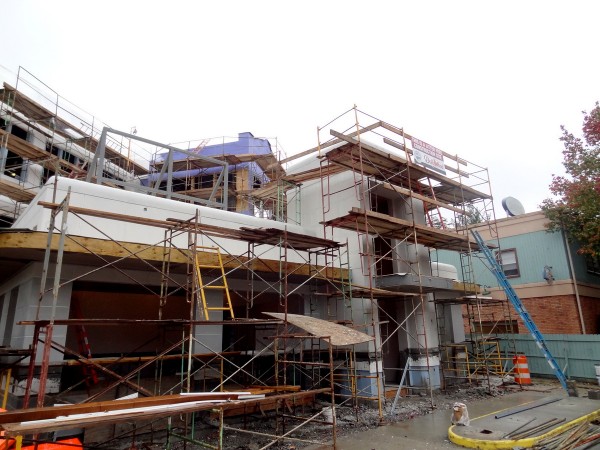 Construction crews were at the coaster’s station working away. Dolly is serious about this coaster opening in March! 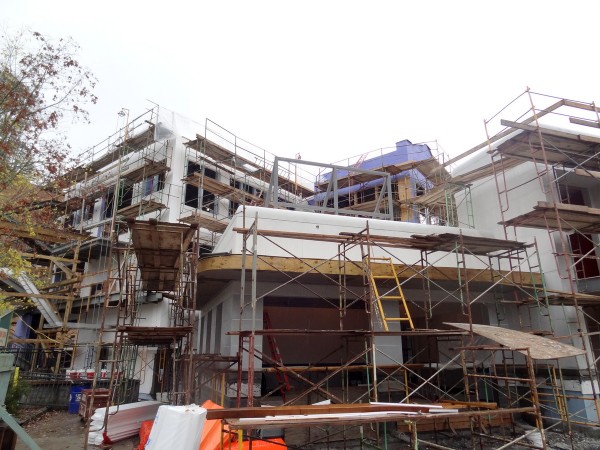 I love the design of the station building. 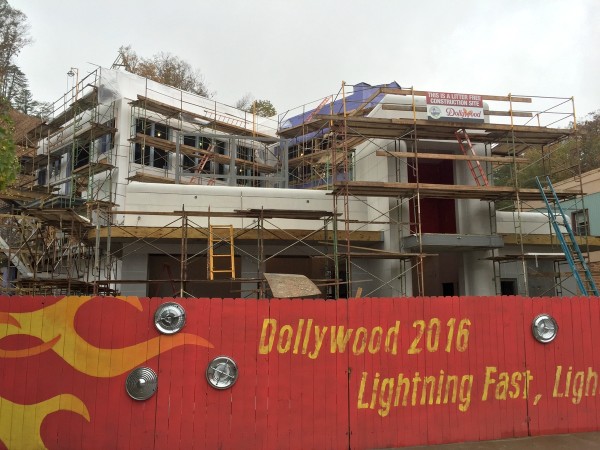 No doubt it will look even better with shiny “hot rod” RMC trains entering and exiting the building. 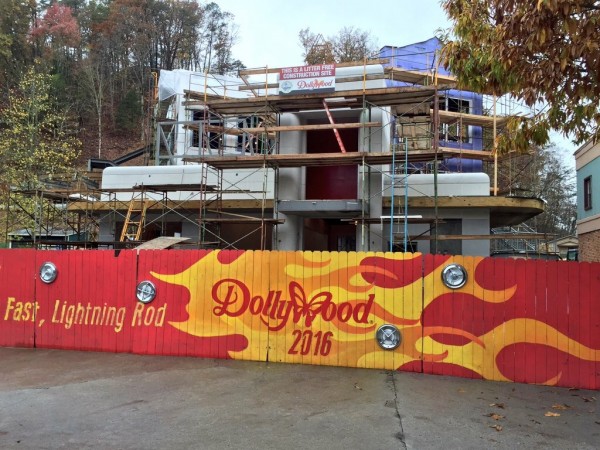 It looks like the queue may be situated underneath the loading area (similar to the park’s Wild Eagle wing coaster). 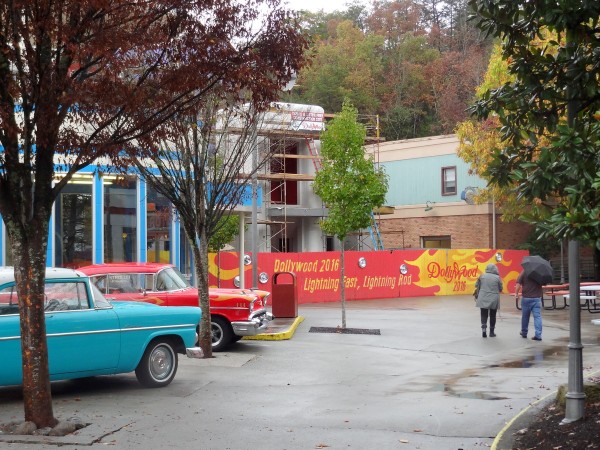 It will fit in very well with the surrounding Jukebox Junction area of the park.

Outside of Jukebox Junction, the lift hill is easily seen from the Rivertown Junction area. 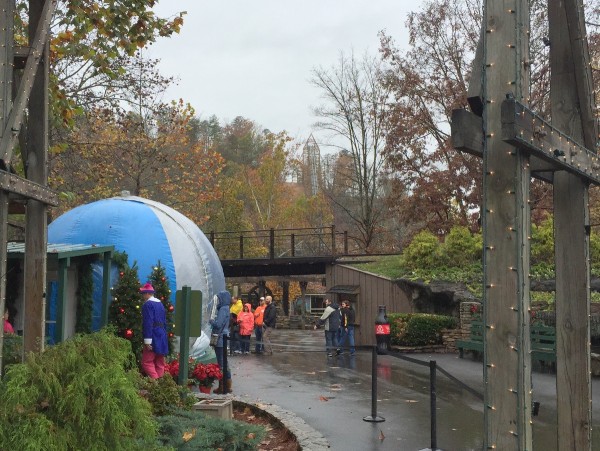 The falling leaves have presented an unobstructed view of the coaster from even the Craftsmen’s Valley area. Pictures don’t do this coaster’s size any justice.

You might catch a few glimpses of the coaster’s lift and first dip from the Dollywood Express train, at least while the leaves are gone for the season. 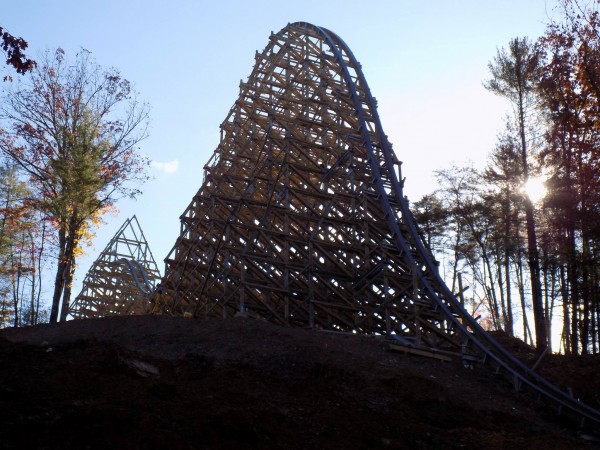 So how is the rest of the coaster coming along? Thankfully, Rocky Mountain Construction shared photos from the construction site on their Facebook page last week. 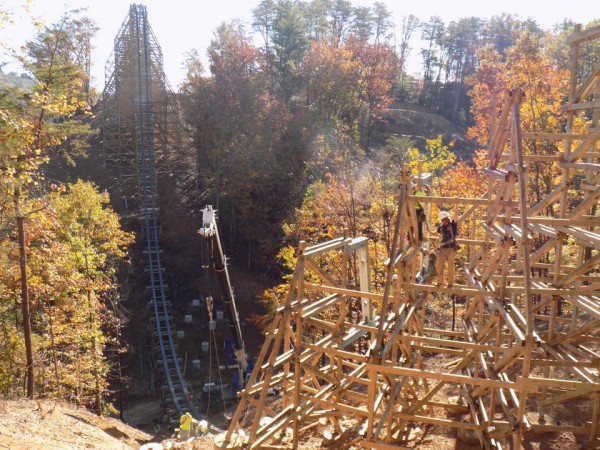 This angle gives a better idea of how insane the 165-foot-drop will be.

What do you think of the coaster so far? Share your thoughts in the comments section below.